By all means, marriage is one of the most important events in anyone’s life and this isn’t something to take irresponsibly. Naturally, all of us wish this day to run flawlessly. But the proposal is equally significant as it is part of the whole process; no wonder you wanna make it non-cliché and meaningful. It’s obviously not enough to just pick a perfect engagement ring – it’s also about perfect location and atmosphere and memories. Proposing while you two are on a romantic vacation isn’t a brand-new idea but we know some special places to do it. Thanks to our friends, Single Brides, for providing us with these charming ideas.

Also referred to as Haiku Ladder or, more poetically, Stairway to Heaven, this is a hiking trail stretched across Koʻolau Range. The latter is actually a single mountain that was part of a former shield volcano and one of the core Hawaiian natural landmarks. The stairs were set in 1942 for military purposes; wooden construction was replaced by metal then. Nowadays, this 3,992-step trail is totally adored by lovebirds.

This magnificent sight is one of the prominent natural landmarks in New Zealand. Grab your sweetie and go for a boat trip throughout the tunnel inhabited by tiny Arachnocampa Luminosa glimmering in dark. And book ahead as the caves can host only a restricted number of visitors each time!

Yes, Las Vegas has always been a popular gateway for romantic holidays but we can’t miss it. Just look at this diversity of pleasures: several thematic zones, opulent nightclubs, restaurants, and casinos. Not to mention there are a wealth of wedding chapels where you can tie the knot immediately.

Portugal isn’t the top popular destination but there are many spots worth a visit. Sintra is a small yet lovely town just 28 km away from Lisbon, on the picturesque Estoril Coast. Despite the impressive tourist flow, Sintra offers great food, a tranquil atmosphere, and bizarre combination of different architectural styles. To get more intimacy, check out Convento dos Capuchos, a monastery founded in the middle 16th century, 7 km away from the town.

California doesn’t need long intros as it’s full of special places. However, Big Sur stands out as locals managed to preserve unspoiled natural splendor. There aren’t many tourist facilities and the local government does everything to restrict the flow of visitors so it’s gonna be rather an expensive trip. On the other hand, you won’t definitely regret going there!

Galle is the capital of Southern Province and its history dates back to the pre-Christian era. Always known as an important political and commercial center, the city now represents a colorful blend of cultures. 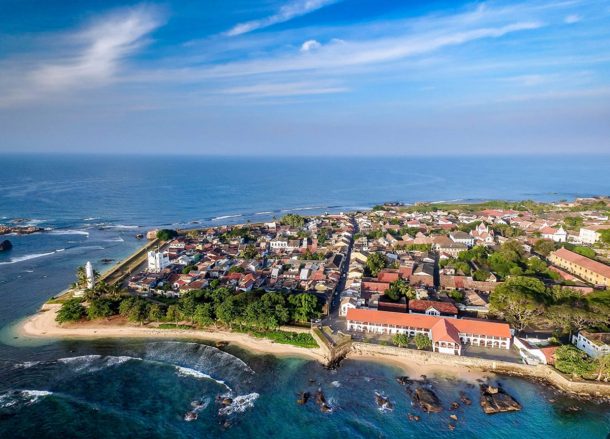 When it comes to Mexico vacations, most people rush to Cancun. But there is another awesome destination, a remote and undeveloped area of Tulum known for its breathtaking sea views. The modern township is named after the former Mayan city; these excellently preserved ruins are the main local attraction.

The Pitons are two gigantic lava plugs on the southwestern coast of St. Lucia. There are the Gros Piton (771 m in height) and the Petit Piton (743 m in height) linked by the ridge of Piton Mitan. The entire area is a natural reserve great for romantic walks.

The Southern Ocean coastline one of the places one should see at least once in a life. One of its iconic sights, the group of 12 limestone pillar cliffs called the Twelve Apostles, is found in the Port Campbell National Park. You will see it right alongside the fabulous Great Ocean Road in the Victoria state.