You could say we’ve had a bit of bad luck with the weather this winter, having near failed to reach the finish line of our Highland Road Trip with earlier amber warnings, and after 4 tows, 4 mechanics, and more than a month of waiting, we still have no idea if we’ll see the car again. We’d probably have been best scrapping it at the time. But our luck does not look to be getting better any time soon, as we are left stranded in Northern Ireland when the “Beast from the East” arrived, just before Fanfan’s return journey to Bangkok. But we were otherwise relatively calm the night before, as Belfast and nearby airports seemed to have dodged it, and Fanfan’s scheduled flight at 08:50AM was unaffected when we turned in around 21:30PM. Which is when the city airport closes for the night. It isn’t until waking at around 02:30AM (as I was snoring loud, apparently) to find the Aer Lingus Flight Cancellation notice in my email. And the panic begins.

So the day had no option but to start early, with a 35 minute phone call set on hold with Aer Lingus, as I listened to silence, having not even a jingle to keep me entertained. If it were not for the reminder every few minutes, I really would have no idea that we were still in the queue. But we were otherwise desperate now, given it was near 03:00AM and Fanfan’s flight was scheduled for 08:50AM, so we instead followed their online support in the email. And inevitably bounced on a later 13:05PM flight, expecting the seats to be filled fast by others affected by the Aer Lingus Flight Cancellation. And while this flight would involve a rushed connection for onward flights to Bangkok at Heathrow Airport, we had otherwise left plenty of time for delays and corrections at the time of booking (15:55PM). The connection’s easily doable with no checked baggage. (We once did doors to gate in 20 mins at Bangkok Airport). Otherwise the situation was calm again, and after finally getting through to the Aer Lingus customer service (on an international call), we are told that all should be fine with the later flight. 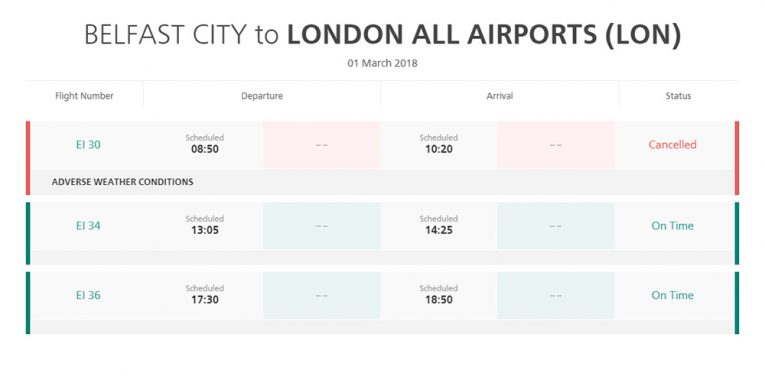 So the morning was somewhat positive, as we watched flights come-and-go between London and Belfast airports, with no real problem, whatsoever. Flights were taking off and landing on both sides, and the trouble seemed to be with arrivals to other destinations further north. But things then became confusing as an Aer Lingus flight was shown to be ‘taxiing’ onto the runway through the Belfast City Airport website, at the same time, and following the same route, as our cancelled flight. To then take off. Was that our flight? Wtf. So I looked into the day’s airport schedule and apparently it was a joint Aer Lingus / British Airways flight, in which we were not given any option of joining. They had more or less replaced our flight, and time slot, with another flight. 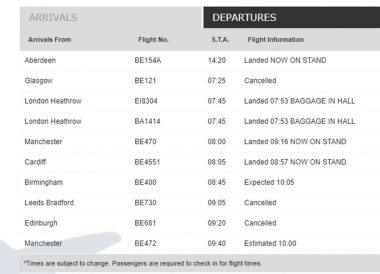 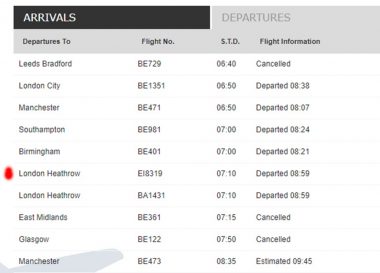 I am not one to be cynical (of course I am) so I considered alternative reasons for the Aer Lingus Flight Cancellation, other than Aer Lingus screwing over their own customers in favour of joint operations with British Airways. And the only reasoning I could think of is that there was no plane at the airport to begin with. So I checked the flights from Heathrow to Belfast from the previous night, and yes, there was an Aer Lingus Flight Cancellation at the end of the evening. So that checks out. But this flight was scheduled for departure at 19:45PM, and there was pretty much no other way of getting a plane to Belfast City airport from then on. Given all flights cease to Belfast City from 21:30PM onwards. So they would obviously have known of this inevitable cancellation from the evening before, almost guaranteed by 20:00PM at the latest, only we received no notification until 23:25PM. When asleep, because we have an early flight in the morning. So I have no idea what happened during these lost 3hrs 25mins, given it is a generic cancellation email to be sent out, by little more than a push of a button. And obviously every minute counts in these situations.

We arrived early for the rescheduled flight to found a big red ‘cancelled’ notice, already up on the board, and a queue right back to near the door. Meaning there was now no way of reaching Fanfan’s flight out from London. And ultimately Fanfan would miss her first law exam of the semester. But the Belfast flights were now irrelevant, as her connecting flights were guaranteed to leave without her, as they did. So we had to first organise new flights out of London, and after queueing for around 30 minutes and barely moving a foot in the airport, we realised there was no reason for us to be there. We would likely only be rushed into another failed flight. At least Fanfan now had some leeway before her next exam, and we set to organise a more reliable flight and itinerary. So we left the airport, after paying a ridiculous £6 in parking for just over 30mins (Seriously Belfast City Airport), and finally received notification of the Aer Lingus Flight Cancellation to our email when back at the house (12:15AM). 1hr 15mins after we arrived to the same notice at the airport. What’s with these unnecessary delays.

Of course I’m not out to discredit Aer Lingus, it is just me documenting travel, as I usually do (although it does help to be precise in compensation claims). Otherwise my only real loyalty in air travel is to “the cheapest flight first”, and Aer Lingus are almost always the cheapest option on this flight route, with British Airways not so far behind. So we will likely be booking these flights again, as we have before, only maybe not in the winter months. As the flights had otherwise been hit-and-miss through the day, which was more to do with trouble at other airports, like Glasgow and Edinburgh who had been taking a hammering. Heathrow, on the otherhand, were business as usual following their wobbly day before, and the connecting flight was of course long gone, along with the price of our ticket. Meanwhile Flybe were coping well with the weather, as well as British Airways and others, it just seemed like Aer Lingus were failing to do the same. It seemed like the problem was with Aer Lingus alone, rather than the adverse weather. 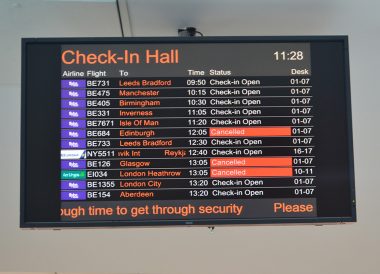 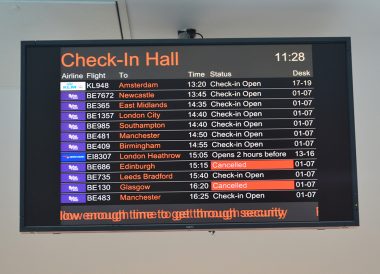 So there really were two problems; the first was with Aer Lingus being unable to fly while others would, and then there’s the lack of communication. Because were we to receive notification earlier, like on the previous evening, we would have researched and weighed up alternative options for travel. Like comparing airlines, regional airports, and there’s always the overland option when desperate. Rather than just rushing to reserve a flight in the middle of the night. So we did hold off booking new flights for the following day, as we monitored and better realised the situation, before accepting a refund over rescheduled flights from Aer Lingus (this is no problem). We then booked a flight with British Airways, given they had not shown the same complications, with the cheapest connecting flight via Moscow with Aeroflot (our overdraft has been taking a hammering of late). And while the airports remained touch and go through the next day, and again the following morning, the British Airways flight had no problems at take-off. So in the end Fanfan missed just the one exam, and a couple of nights in hotel bookings, but the situation was admittedly amiable compared to many travellers at this time. And we of course got to spend two unexpected days together 🙂 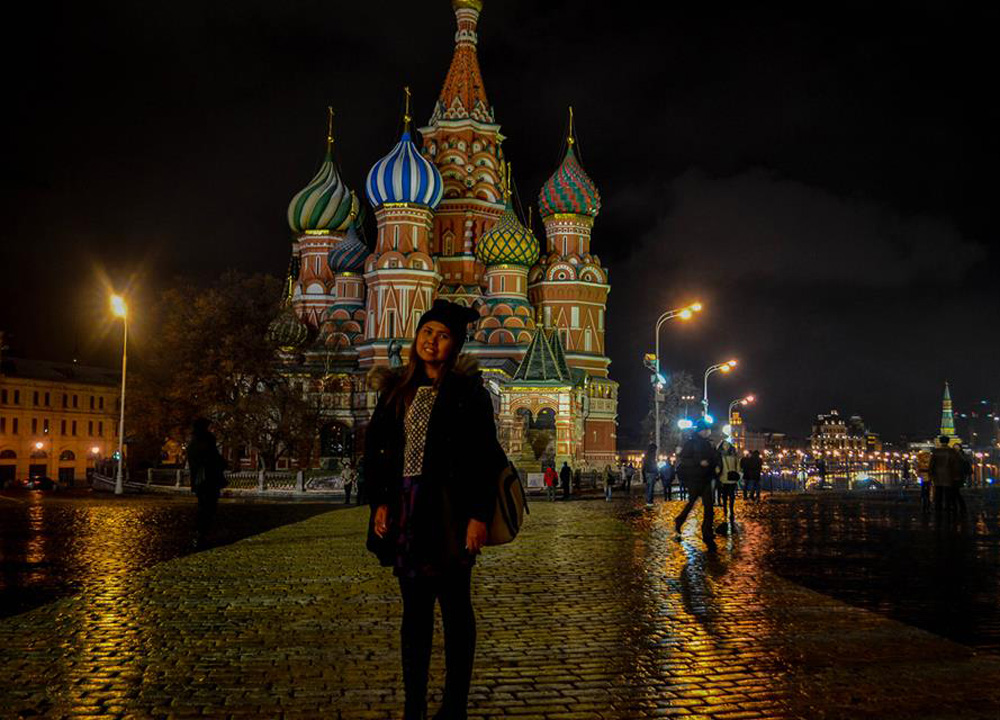 Fortunately we are in a position of compensation (some good advice for claiming here and form here) where “If your flight has been delayed by at least three hours or cancelled then you have the right to compensation under European law. Under EU Regulation 261/2004, passengers are entitled to up to €600 (£532) in compensation when their flight lands at their destination more than three hours late” (source here). And we of course had two Aer Lingus Flight Cancellations under questionable circumstances. Also, according to the District Court of Berlin (case ref.54 S 22/13), passengers are entitled to compensation if they miss their connection due to the first flight was delayed. Regardless of whether both flights were operated by the same airline” (source here). So we did get lucky in this respect, and the compensation amount should be up to 600 Euros, which covers the cheaper last-minute flights to Bangkok. Fingers crossed. Otherwise there has been no real damage done (bar one failed exam). 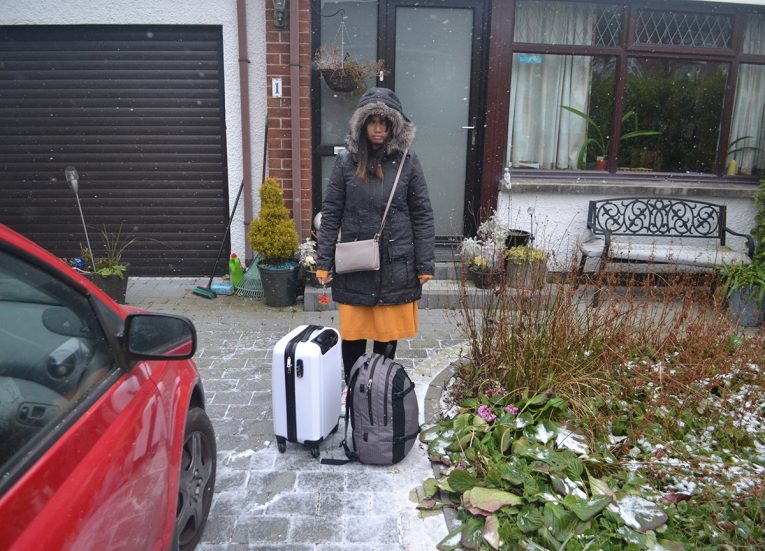