Modern Bangkok has been overrun by an infectious kimchi culture. An obsession with everything Korean. With an interest in anything unfamiliar I was also seduced by this cutesy pop culture with its three potent ingredients of k-pop music, TV dramas / soap operas and delicious food. All three are often found at your nearest Bangkok Korean Barbecues, eating under portraits of soap stars and continual loops of sugary pop tunes. I can’t help compare a British equivalent; Australian steakhouses under caricatures of Harold Bishop and music by Peter Andre. Totally weird. 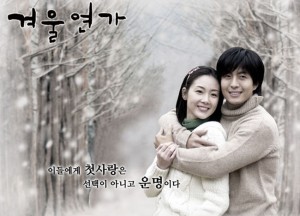 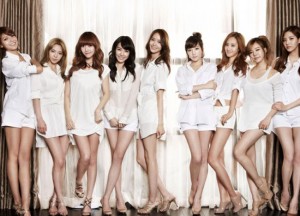 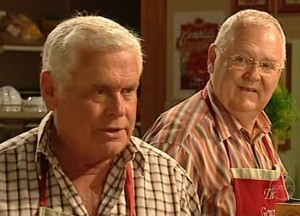 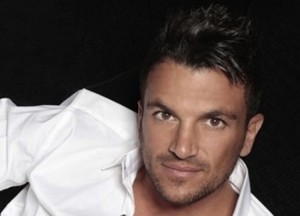 Korean barbecues are hands on eating; each table provided with a built in charcoal grill and necessary utensils. It is up to customers to cook their own selection of marinated meats (bulgogi being the favourite). Flipping with tongs and chopping with scissors. Most barbecues come with a tasty Korean chili dip (ssamjang) and unlimited sides (banchan). Banchan include small side dishes of kimchis and other Korean veg dishes. 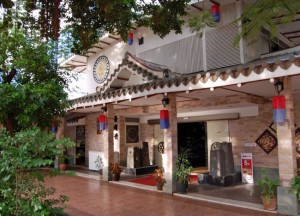 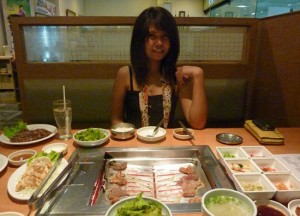 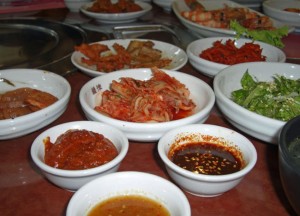 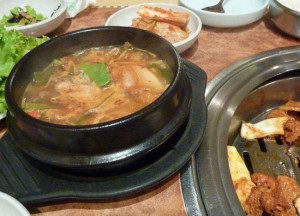 ‘Royal Cuisine’ may not best describe Kim Ju but with all-you-can-eat buffets at 299 Baht Kim Ju is worth every baht. The best budget Bangkok Korean Barbecue. Prices include unlimited banchan (incl. kimchis), soups and fruit punch. The downside at Kim Ju is the use of hot plates instead of charcoal grills. No delicious smoked barbecue taste. The budget price attracts a Bangkok student crowd which is reflected in Kim Ju’s commercial k-pop decor. Dressed like an advert for Korea. Low prices possibly subsidized by Korea Tourism.. 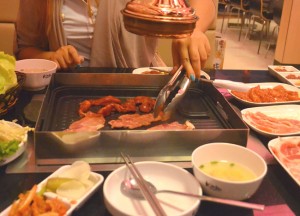 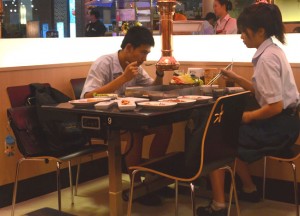 Sukishi offers the perfect introduction to Bangkok Korean Barbecues. Easy to find mall locations and top notch marinade, meats and sauces. What I love most about Sukishi is its mix with Japanese cuisine and added bonuses of Yakiniku, sushi and other Japanese treats. Throw in a pot of Sake or Korean Soju and we have a party. No all-you-can-eat buffets at Sukishi with marinated meat sets starting around 300 Baht. 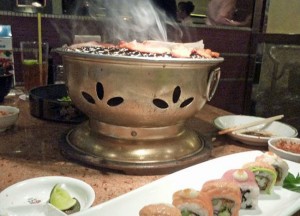 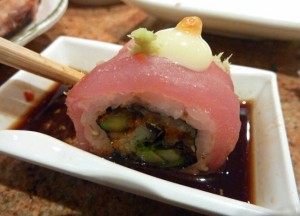 In the centre of Sukhumvit is a complex better known as Korea Town (Sukhumvit Plaza) a gem for authentic Korean food. The stand out food here is at Doo Rae Korean Barbecue possibly Bangkok’s best Korean Barbecue Restaurant. Amazing bulgogi and always an exciting range of banchan. Doo Rae is great for the lazy as staff do the flipping and chopping for you (if you prefer). 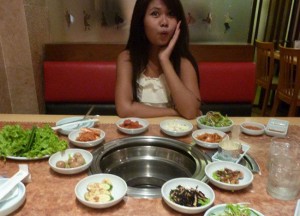 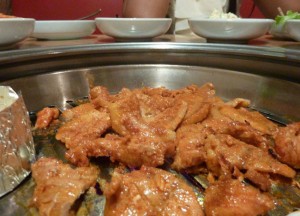