The one thing to not ask Bangkok taxis is “how much is it to….” you will likely be ripped off. In Bangkok all taxis are metered and the only words necessary is the destination, no more. Ask questions, look clueless and you become an obvious target. While most Bangkok taxis are honest it is the tourist areas where you will likely find the dishonest few. If a Bangkok taxi driver forgets to turn on the meter, tell them and if needed, get out. While Bangkok taxi prices always appear cheap please refrain from rewarding cheats and instead tip the honest folk. Recently arriving to Bangkok Mo Chit bus station I was pestered for 500 Baht on a 150 Baht Bangkok taxi ride; I ignored them and walked to the honest metered taxis just meters away. The next Bangkok taxis are never far away; the city is swarming with them. Note.. don’t expect seat-belts and do expect occasional horror. 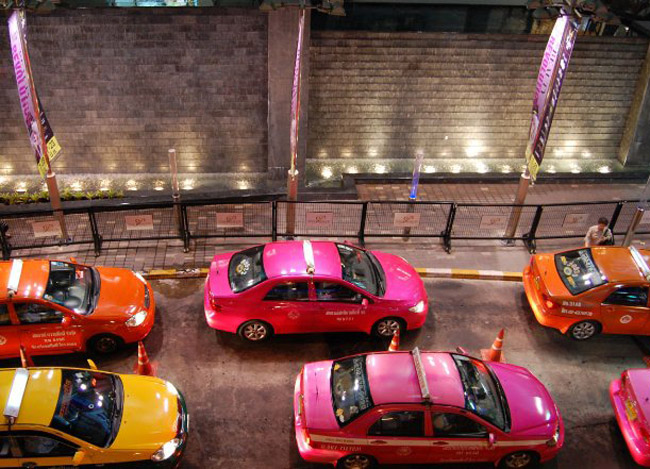 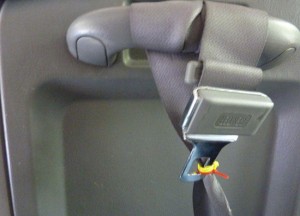 The bottom right corner of a Bangkok taxis windscreen has a square red light. Light on means available, light off means taken. Red light on with people inside means scammed, avoid this as above. Bangkok taxi prices start with a fixed meter of 35 baht incrementing by 2 baht there on. Travelling in Bangkok centre rarely exceeds 150 baht maybe 200 baht for the nearer outskirts. However peak time traffic can often double these figures and it maybe best to avoid taxis at these times (early mornings and early evenings). The quick and convenient Skytrain (BTS) and Underground (MRT) lines making the better option. Also be aware of travelling on toll ways as you will need to pay added fees on passing the booths. 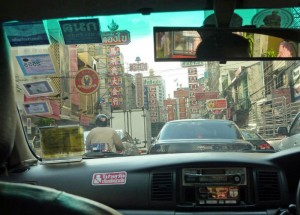 Travel to / from Airports

The only added charge on Bangkok taxi prices is leaving the airport where a 50 baht surcharge is put on the final meter price. Again if using toll roads you will need to pay the toll fee. Travel from Suvarnabumi Airport to the Bangkok city center Bangkok taxi prices are roughly 200 Baht on the meter, 40 baht tollway and 50 Baht airport surcharge. This will of course differ with areas and time of day but 300 Baht is a good marker for travel to and from the airport. Travelling to Suvarnabumi Airport there is no airport surcharge. If travelling to or from Don Meaung airport (Low Cost Carrier) expect similar prices. Give yourself at least 1 hour travel each way. 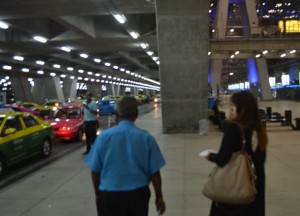 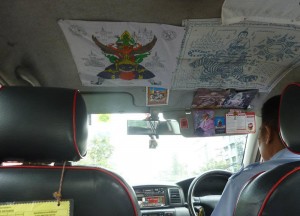 There are fixed Bangkok taxi prices set for travel outside of Bangkok, to neighbouring cities and further. I once started as a 5 mile trip to Bangkok train station which oddly became a 500 mile, 6 hour Bangkok taxi ride to Chumphon in Southern Thailand (travelling to Koh Tao). While long distance taxis are still cheap; don’t expect them to be comfortable. After an hour or two in the journey I was desperate to be on a train. The trip to Chumphon cost 3000 Baht with a 1000 Baht tip as the poor fella had a 500 mile drive back to Bangkok. 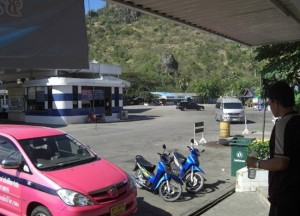 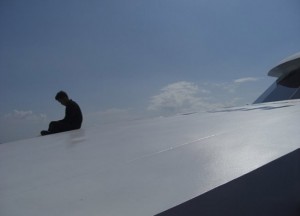 Hopefully you will never need this. My advice is to avoid any beef in the first place. Bangkok taxi drivers, when pissed, are unpredictable. If you do find problems try the Land Transport Department Hotline on 1584. I’ve only had one previous run in with a Bangkok taxi driver over a ‘compulsory tip’. We got out after a minute, he demanded the price on the meter, we paid him… I photographed the number plates. He jumps from the car to attack me. He then scarpers as Fanfan shouts for the police. After reporting the taxi number to the hotline I receive an SMS confirming an investigation. Ten months later we receive a phone call to confirm the taxi driver had been charged. Not worth the bother. 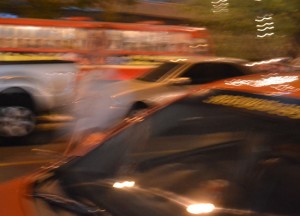