While Ko Samet is a beautiful island it doesn’t quite compare to the limestone karst of Krabi or diving meccas of Surat Thani. For the better island experiences most travellers go further South. That being said Ko Samet is still a hugely popular island and this is due to the island’s proximity to Bangkok. Where travel to Southern Islands can take close to a day; when travelling from Bangkok to Ko Samet it can be done in just hours (4 hours). Perfect for travellers who can’t stomach Pattaya and have little time to go further afield. For this reason Ko Samet is the go-to island for students and a young workers in Bangkok. Both travelling for short breaks from Bangkok. A somewhat party destination. “Long weekend? Let’s go to Samet?”. A quick trip can even be squeezed into a weekend; travelling from Bangkok on Friday evening then back again Sunday night. This gives 24 hours to kick back under sandy, palm trees and guzzle buckets of booze. Ko Samet was the first trip me and Fanfan took together and I now get to reminisce. 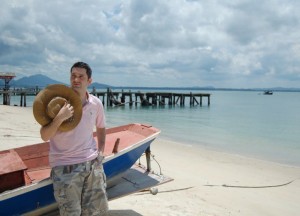 When travelling from Bangkok to Ko Samet the best route is from Ekamai Bus Terminal (Eastern Bus Terminal) to Ban Phe pier in Rayong. Buses leave hourly from 5am – 8pm, take roughly 3 hours and cost roughly 150 Baht. The Ekamai Bus Terminal sits directly next to the Ekamai Skytrain Station and is easy to find. At Ban Phe pier boats also leave on the hour from 8am – 4pm, take roughly 30 minutes and cost roughly 50 Baht. Chances are the bus will arrive between the hour so feel free to enjoy cheap seafood at the pier restaurant. Arriving at Ko Samet take a Songtaew from the nearby 7/11 to the beaches – they leave all the time. Alternative travel from Bangkok would be by minivan leaving Victory Monument Terminal in Bangkok. 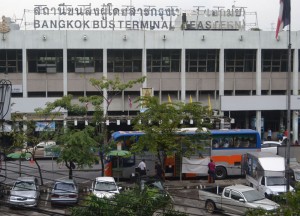 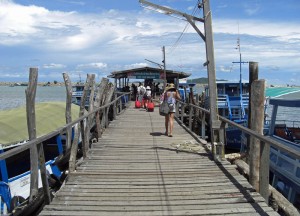 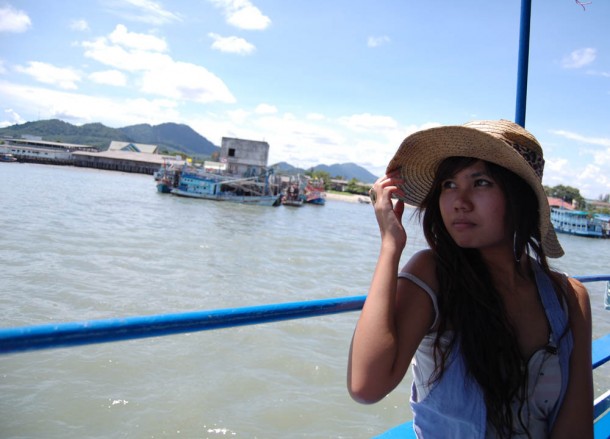 Few go further than Hat Sai Kaew a stretch of sandy shore lined with bars, restaurants and wooden bungalows on Ko Samet (hotels here). Everything needed for a quick lively getaway from Bangkok. The main nightlife on this stretch is found at Silver Sands Resort at the bottom of the Hat Sai Kaew beach lane. Beach bars, loud music and cheap buckets of booze. In fact this is now found all over Hat Sai Kaew with one beach bar just a short walk from the next. In the evening hours don’t miss the barbecues which pop up along the beach coastline with some of the freshest seafood you will find. In daytime Hat Sai Kaew is just another beach resort; palm trees, sun loungers, jet skies. For the more adventurous there are inland excursions and island hopping available but not overly exciting. I prefer to be lazy. In four visits to Ko Samet I have rarely ventured further than Hat Sai Kaew . 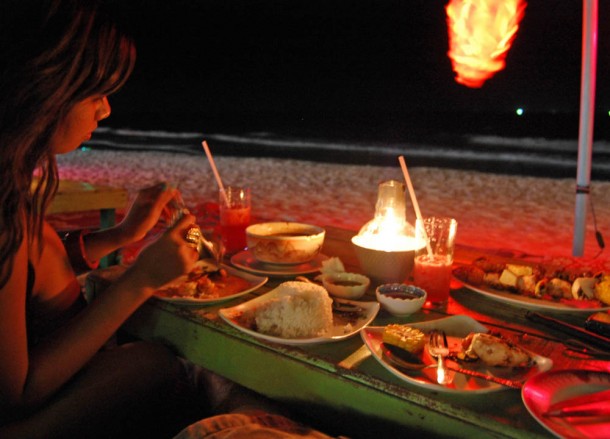 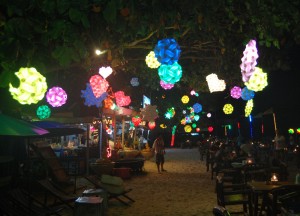 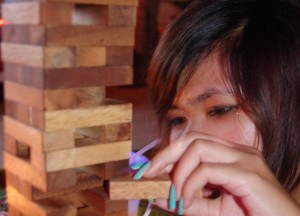 On the occasion we do venture further from Hat Sai Kaew it was to Ao Noi Na. Just one example of the alternative beaches on Ko Samet. There are a few (Ao Prao another favourite). Admittedly they do tend to be resort focused rather than cheap beach bungalows (hideaway hotels here). With fewer crowds they do work well for those planning to escape. Peaceful and relatively secluded. During our stay we meet few more than local fishermen and empty beaches. For romance and authentic local life I do suggest paying the extra. Ao Noi Na was a refreshing change on Ko Samet. 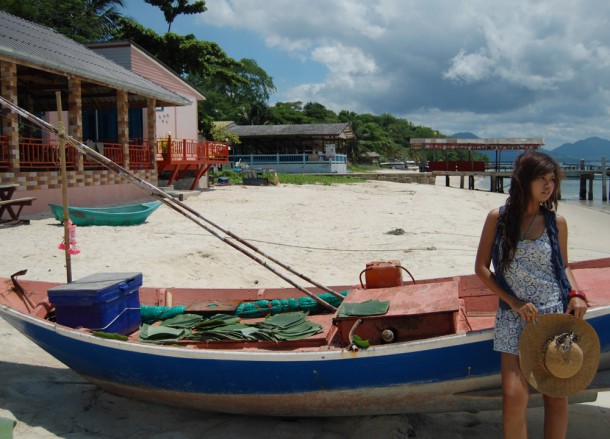 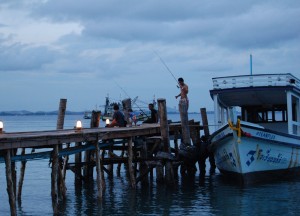 A dream garden? I will be sitting right here all t

When I’m thinking about the beach Pattaya not my

Anytime cafe Pattaya located in the seafront and B