Beers just aren’t overly exciting in Asia and it is rare to find a beer that interests me. An aspect of Asia which has failed to entice me. While people rave of Beer Lao (Laos) it fails to excite me. Maybe it is Beer Lao t-shirts which puts me off. Every time I drink Beer Lao I can’t help think of grime and backpacker sweat. In Asia every beer appears no different from the next to me. Living in Bangkok I generally drink Leo. In a blind taste test between Chang, Leo and Singha I would be clueless. If I want beer I go to places like Wine Connection or Beer Vault to find fruity Belgian beers or blonde and white beers. Anything new or different to me. Maybe my beer pallet lacks sophistication but to me I find the best beer in Asia to be in the Philippines. 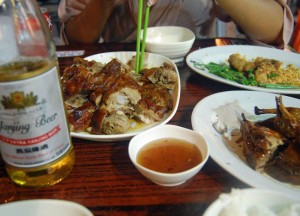 A Couple of Favourites

I’ll be more specific and say best beer choice in Asia. I couldn’t pick one individual beer. Two personal favourites are San Miguel Pale Pilsen and Red Horse Extra Strong. The Pale Pilsen is San Miguel’s flagship beer a golden lager brewed for a hundred plus years. Described as “medium body balanced smooth and moderate bitterness a snappy clean palate”. What I love is their old school bottle (white label). The new bottle not so much (gold label). Red Horse Extra Strong is another product of San Miguel who have a slight monopoly on the Philippine’s beer industry. Not the best tasting malt beer but it is 6.8% Alcohol. 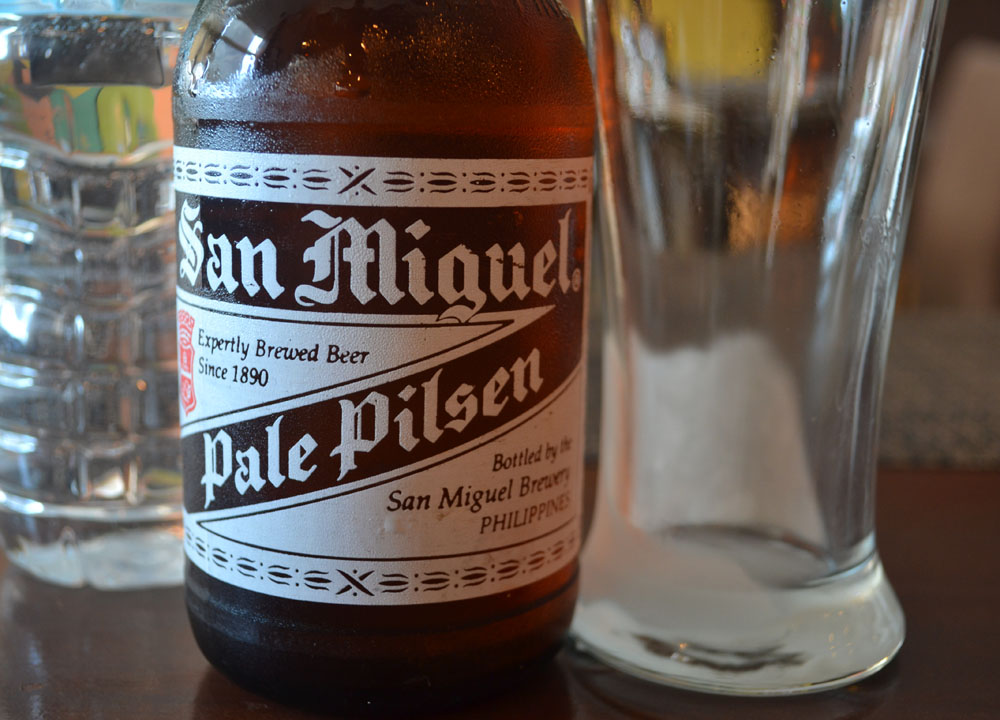 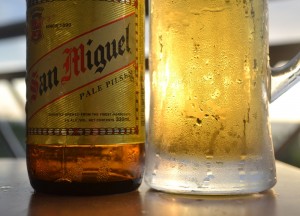 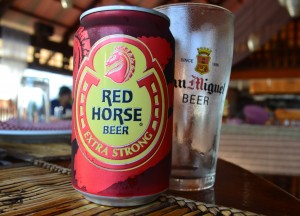 Back home (UK) instead of hauling the usual 12 crate of Lager I pick out specialty brews and ales. In Philippines Cerveza Negra would be a winner for me. Cerveza Negra is described as “caramel-flavored, full-bodied dark lager with a distinct sweet roasted aroma”. Stoutlike. Another tasty addition to the San Miguel range are the flavoured lagers – Apple and Lime. Better for the ladies. The only Beer I can persuade Fanfan to drink is Belgian Kriek (cherry beer). In the Philippines she loved the apple and lime San Miguel. Also San Miguel Light for the weight conscious. 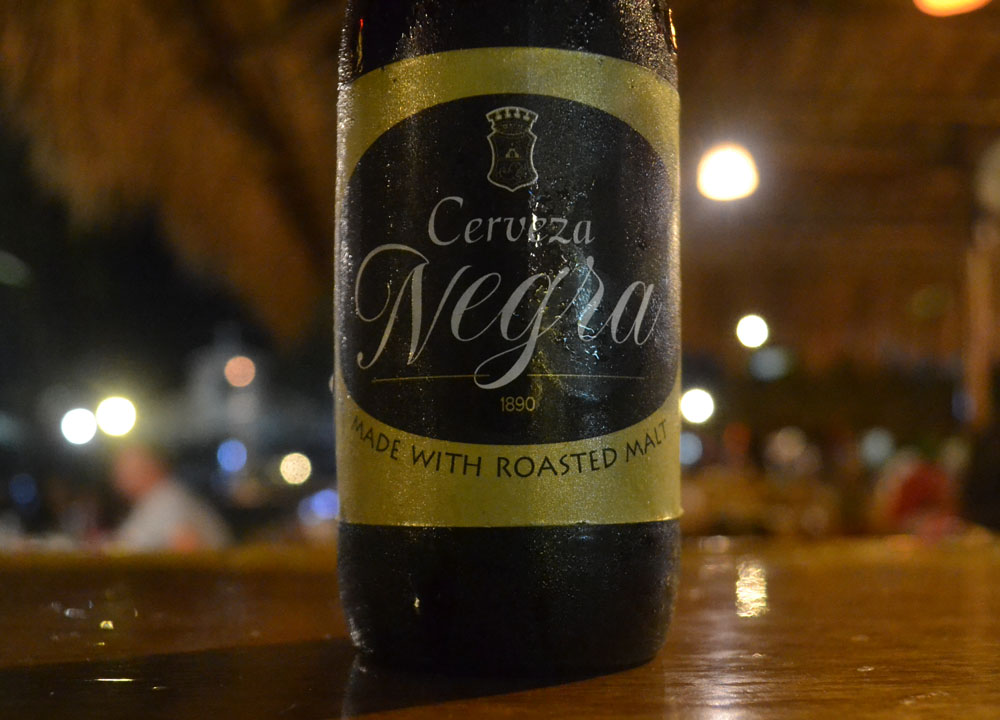 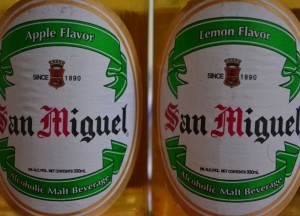 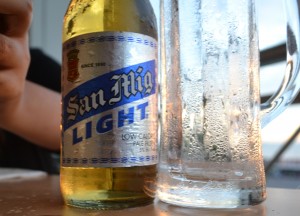 San Miguel are not the same company as in Spain. In 1953 connections between San Miguel Spain and San Miguel Philippines were severed. The San Miguel Philippines beers (9 in total) have all received the gold quality award from the Monde Selection (Brussels, Belgium) and Pale Pilsen is one of few beers worldwide to receive the highest Grand Gold Quality Award. I think this alone puts the Philippines as an obvious contender for Best Beer in Asia. (Beerlao – Gold Award). For more info check their website. Fun fact; in a 3-day binge drinking contest (Makati, Philippines, 1994) the 20 year old champion Carlo Decena Bilbao downed a record of 83 bottles of Pale Pilsen without the use of his hands.