Most tourists would only glimpse this sandwich shop on passing as they follow TripAdvisor or their Lonely Planet guides to the Lao Kitchen or Noy’s Fruit Heaven further down the line. Very few would ever call in. It’s tatty exterior just not overly inviting for the casual passerby. It’s just too rough and ready, it’s too local, and it’s really not worth risking the traveller’s runs. There’s no English writing either. The name is only in Lao and can only be found on the menu. So I have no idea what it’s called either. To me it’s just called the sandwich shop. Because it’s where I go to eat my sandwiches. To find the shop it is on Rue Hengboun, an alluring food street in Vientiane, and on the corner of Rue Saigon. It hides beneath awnings and umbrellas where a Laos flag waves in pride from above. Call in if you want, but don’t blame me if you’re not blown away. Because that’s not really its purpose. It’s merely just a sandwich shop. A Lao Khao Jee sandwich shop. A simple baguette staple in the region with a filling of pork liver pate, Vietnamese sausage, pork floss, and shreds and cuts of veg. Maybe a squeeze or two of mayo and chilli. There are similar shops found all over in Vientiane, but I no longer need to find them. I already have my own. I am happy at my simple Lao sandwich shop. 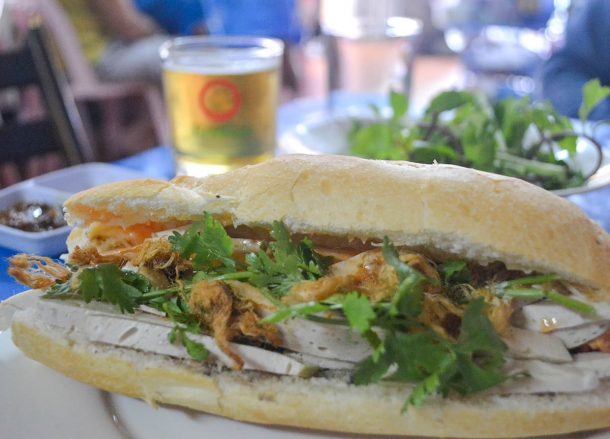 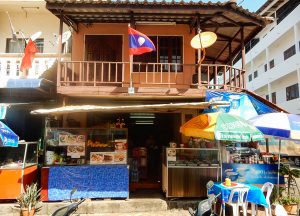 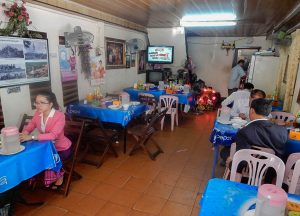 It’s Not Just a Sandwich Shop

It’s not just a sandwich shop, although this is the main reason to bring me there. It was the first place we ate on this visit to Vientiane and from minutes of our arrival I already have my base budget for the entire stay. 10,000 kip for a Lao sandwich, 15,000 kip for the noodle soup, 5,000 kip for a hot coffee and 10,000 kip per big bottle of Beer Lao. Simple. Beneath the shop front’s awning there are also pre-cooked ‘khao rad kaeng’ rice dishes for around 12,000 kip. A buffet which will likely vary from day-to-day, adding a slight of whimsy to an otherwise long-tested family set menu. It was also the last place we ate in Vientiane and I called in many times in between. Each morning, after a stroll along the Mekong promenade, I would visit for an early coffee, heavy on the condensed milk. Then I would join Fanfan for our complimentary hotel breakfast. We do have unlimited free coffee at the hotel, but I’d rather pay for mine here. 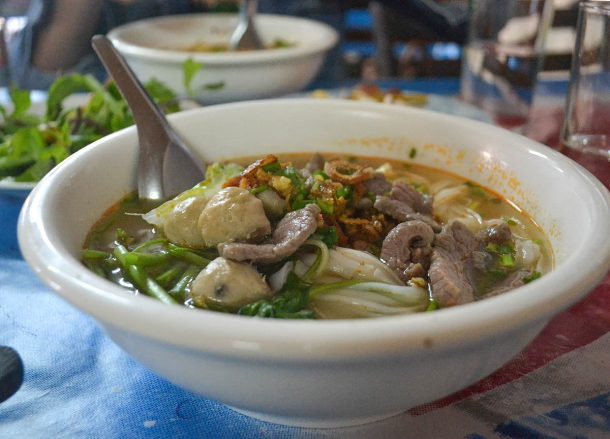 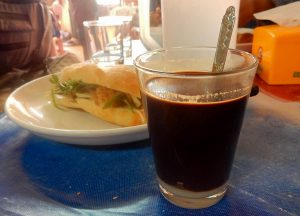 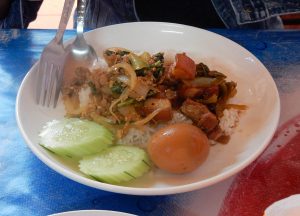 As trendy boutique, and contemporary cafes strive to be different, they all feel the same to me. Because they lack connection and soul. But this simple sandwich shop has a backstory and a meaning. Next to us hangs the portrait of a proud family framed in gold. The girl who served us stands tall at the back right of the picture. She’s the youngest of the family, but now appears to be in charge. And the dad may have served us coffee. In the back corner, next to the kitchen door, they pass an ancestral shrine with a bunch of plantain bananas, as a humble offering to their past loved ones. There is no trendy music here, or generic coffee shop vibe. Instead it’s the sounds of chit-chat of local workers, occasionally interrupted by the muffled passing of tuk-tuks or motorbikes. The sun pierces the leaves of the trees on the street outside. It’s really nice here. Just a happy place to be. 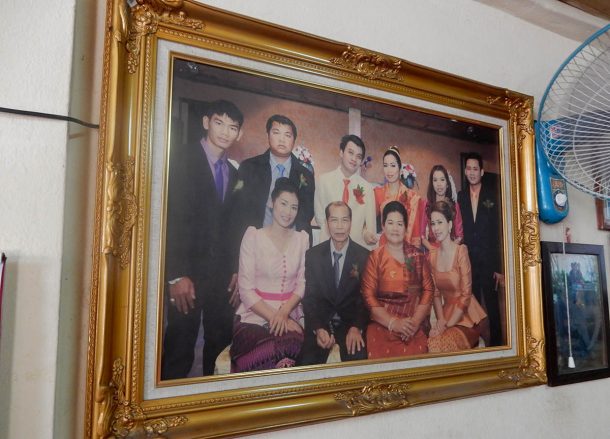 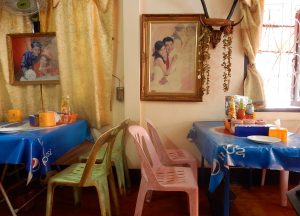 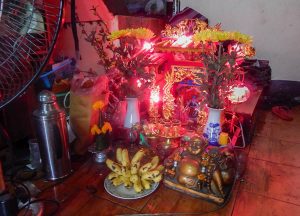