I can’t say I’ve eaten through every sai oua sausage (Chiang Mai Sausage / Northern Thai Sausage). In fact it is rare that I even call into the city at all. But I do know my sausage. So I will go out on a limb and say that some of the best Sai Oua Northern Thai sausage in Chiang Mai is found at the Mae Hia Fresh Market, aka Talad Sod Mae Hai. It’s all very subjective, I know, but going by local recommendation, the lines of queues to reach them, and just the sheer number they grill up on a daily basis, it’s just really hard to find something similar in Chiang Mai. 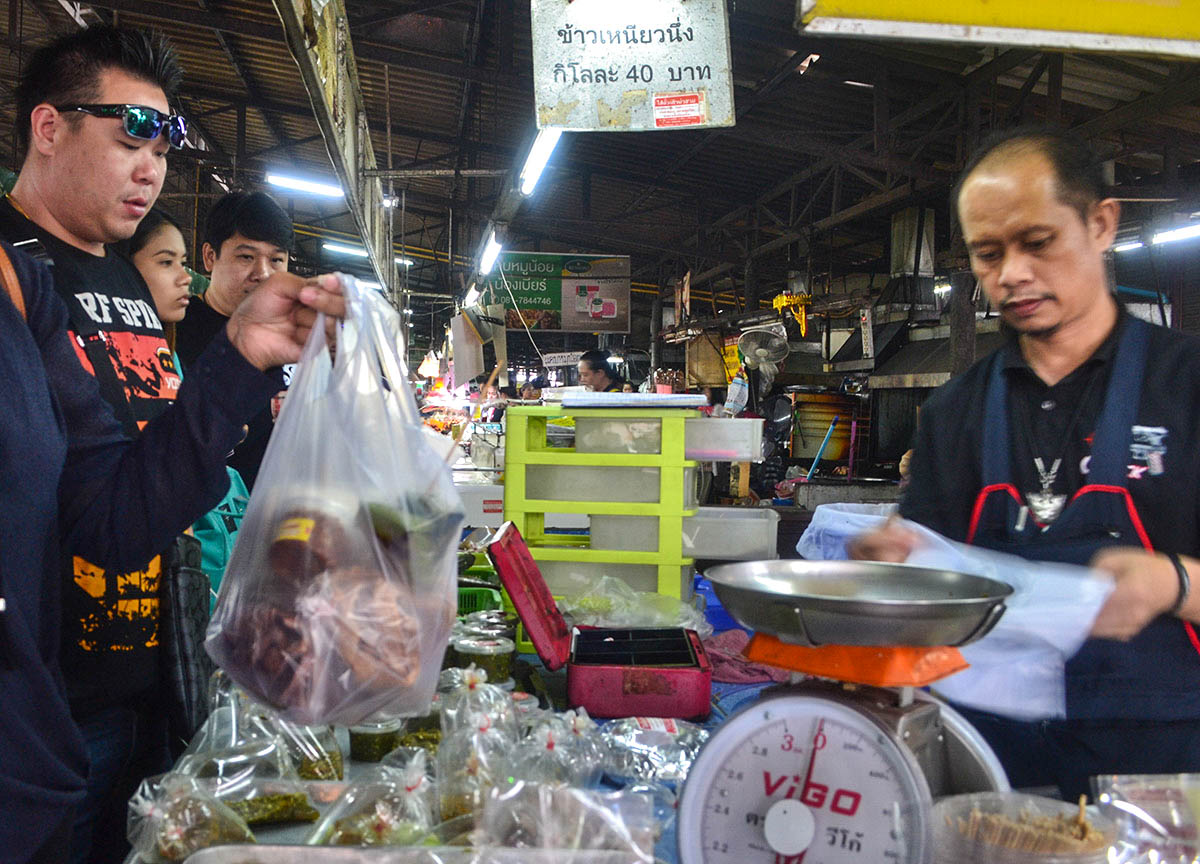 For those looking for it, the stall at Mae Hia Market, or mini kitchen as it may be better described, is called Gao Makham (which translates as under the tamarind tree). But it isn’t written in English so this is fairly useless to most. To find it just look for the long queues in the near corner of the market (by the road) and, from there, it is honestly hard to miss. There are grills upon grills of sai oua Northern Thai sausage. Sausage so fresh, and so crumbly, that it falls apart when you poke it with a stick. 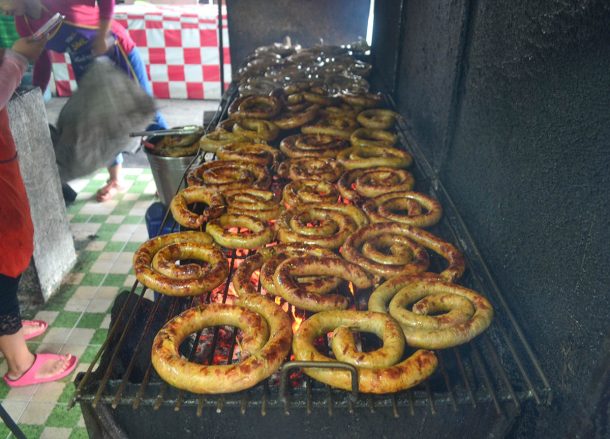 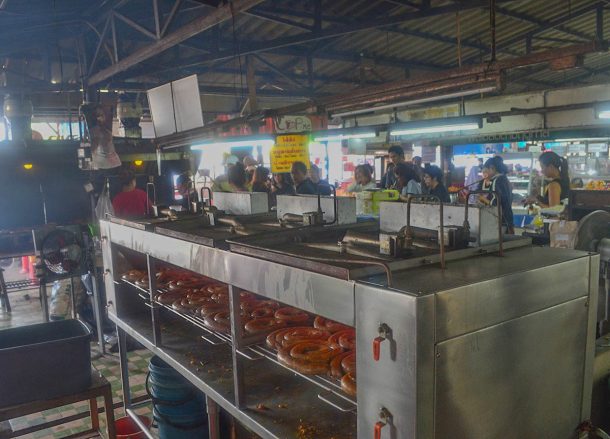 I actually find that unlike hawker stalls of Singapore and maybe Malaysia, that Thai people aren’t too fond of waiting in queues. Or at least when they’re not comfortable, and when not sat inside air-conditioned malls. But to find Gao Makham it is important to look for the queues, because there is a very similar sai oua sausage stall on the opposite corner of Mae Hia Market. This second shop is called Sai oua samonprai (which translates as herbal sausage) and it is quite possibly the second best sai oua Northern Thailand sausage in Chiang Mai. 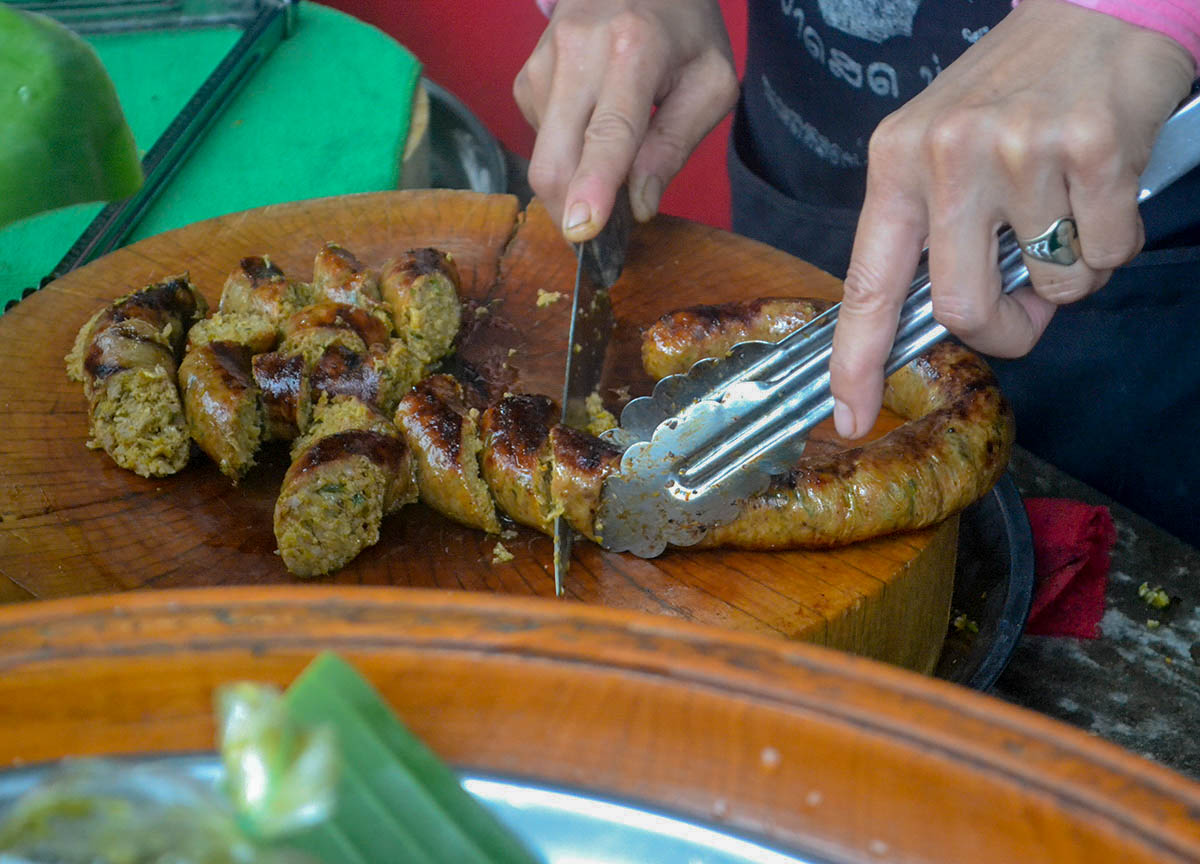 But, for both these sausage shops, the name ‘herbal sausage’ is well appropriated as both sausages are packed full of herbal flavour. When I say this I mean the fundamental Thai flavours, or at least best known, with sours of lemongrass and kaffir lime leaves, the heat of chillies, and of course that all-important kick from galangal. It’s not so different to what we cook with in Isaan, prik kaeng, which is like a signature Thai mix that can more or less blend with any food like Tom Yum Soups, coconut curries, or big, fat, juicy pork sausages. 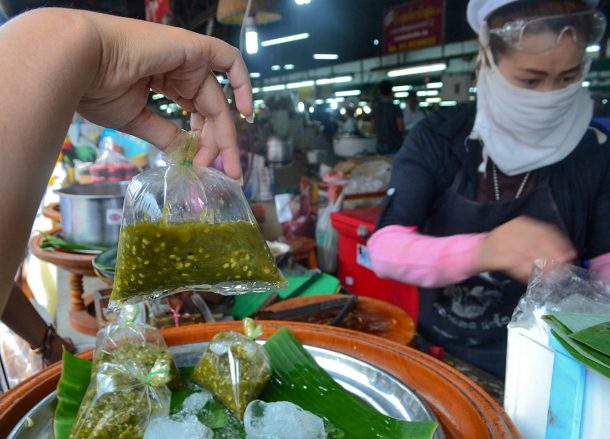 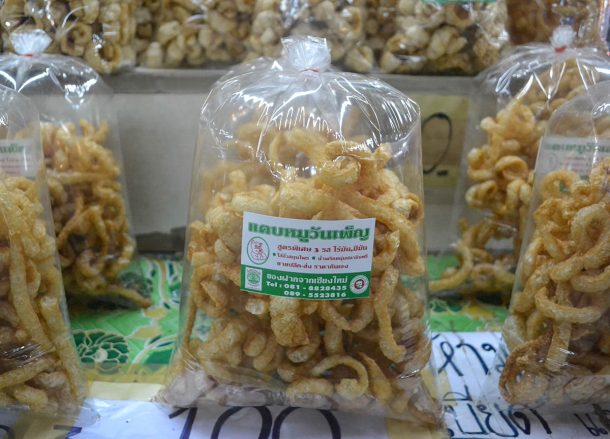 I don’t really recommend travelling 6km out of the old town to experience what could be, or could not be, the best Northern Thai sausage in Chiang Mai. Fortunately, there is a lot more to Mae Hia market and it would our go-to place for all road trips snacks when travelling further afield. We generally see Chiang Mai more on passing. So, throughout the market you will find all of those Lanna food favourites. And our typical shopping list includes many of them like kap moo (pork scratching), nam prik noom (grilled green chilli dip), naem mok (steamed fermented pork meat), nam prik nam yoy (fried garlic), and nam prik sai koong. With sticky rice of course. These are the simple road trip snacks but there are other lanna treats, like kaeng hang leh (fruity pork curry), nam niao (tomato curry) and khao soi (Burmese curry). 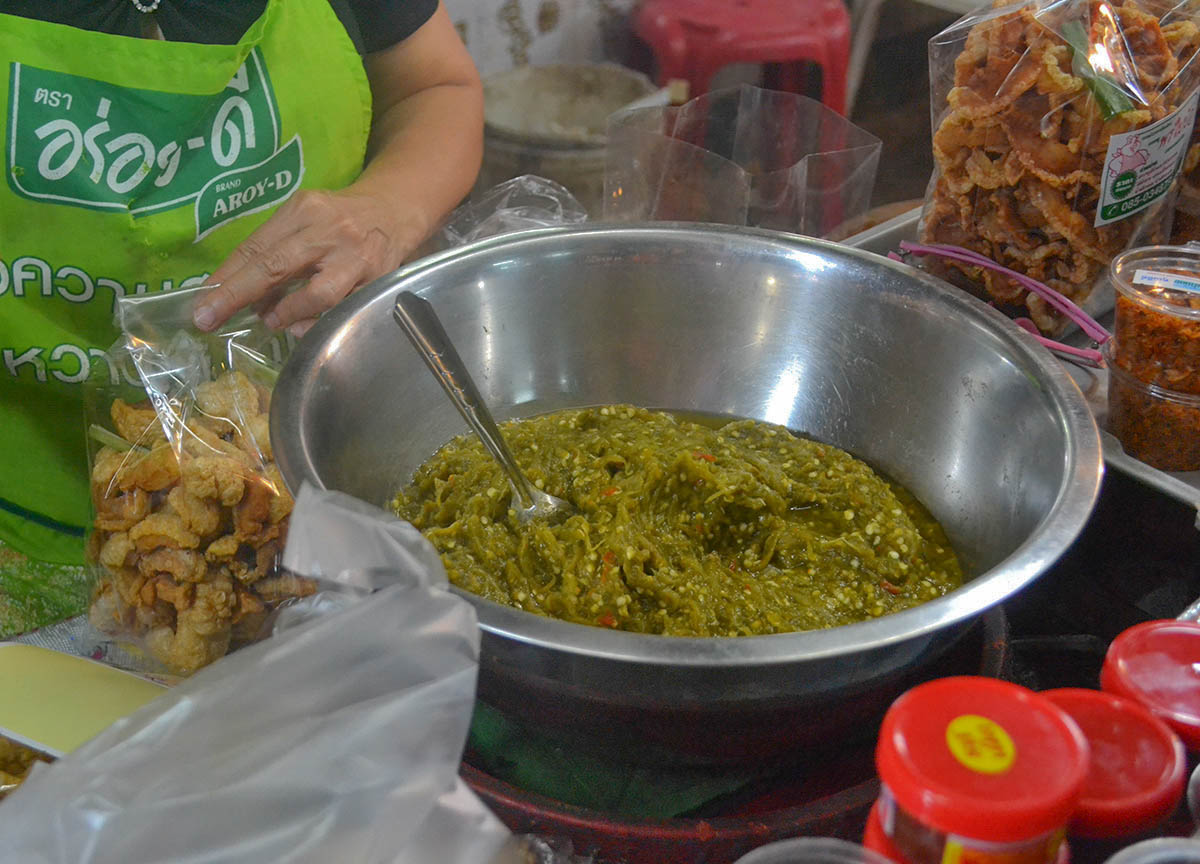 As it is a market, all these foods are sold in bags to-go, similar to khao rad kaeng, so many are not the best to have in the back seats of a car. Although there is a food court as well, but not able to eat inside the lease car on most visits (without risking a 5,000 baht fine on the same day return), we would eat in a roadside pillar box, like animals, before sticking the rest in the boot of the car. On our last visit, we travelled with a Vietnamese girl who had been a bit reluctant so far with Thai food (until now she had eaten mostly noodle soups – before telling us each time how much she missed Pho). Yet she couldn’t get enough of this sai oua. It’s so good it breaks down barriers of food snobbery (she later fell for khao soi and now wants to move to Chiang Mai) 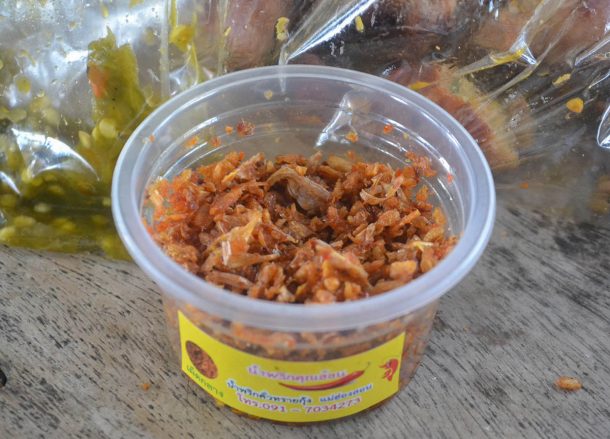 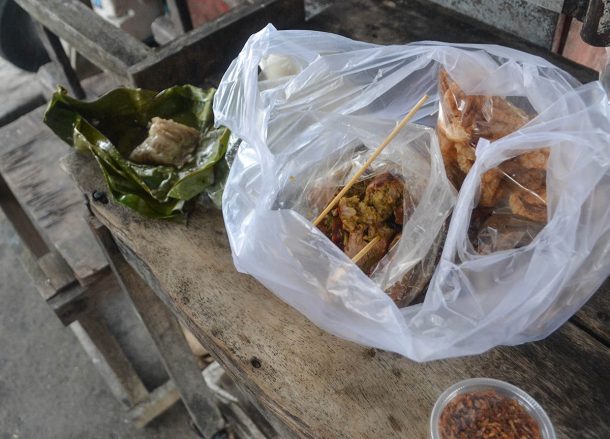