These days we always prefer taking our own car for road trips, simply because we can pack it full before setting off, and now with post-Brexit exchange rates, we can easier afford to travel in the U.K and there’s still plenty of the best things to do in Dublin. Otherwise, a long-overdue road trip through Scotland was inevitable, leaving from Northern Ireland, where just a short boat ride takes us across the Irish Sea. And the easy voyage here is with Stenaline, from Belfast to Cairnryan, where there are 6 daily crossings taking roughly 2:30 hours (listed here). So we opted for the earliest crossing, at 07:30AM, which means waking at 05:00AM, but this also gives us a full day for travel in Scotland. We then did similar with the return journey, again with Stenaline, choosing the later 19:30PM crossing from Cairnryan to Belfast (times listed here). So this more or less maximizes our overall time in Scotland. But we were inevitably early on our arrival to the port (06:30AM), and while we are accustomed to queues and passport control on ferry crossings, there were neither for this crossing, and it’s pretty much hassle-free. Leaving us with a 40-minute wait for the gangway doors to open. 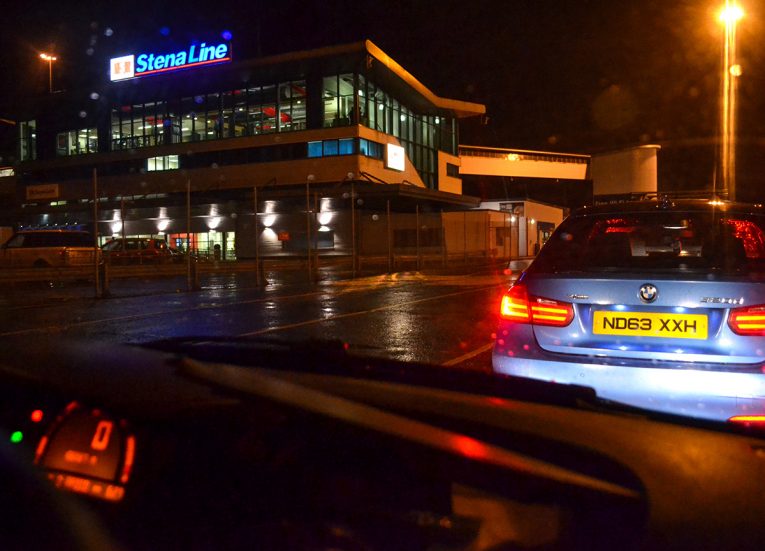 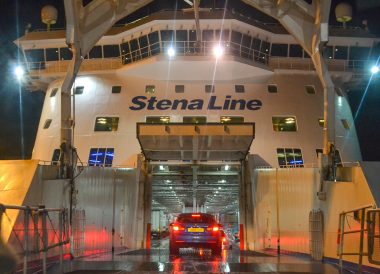 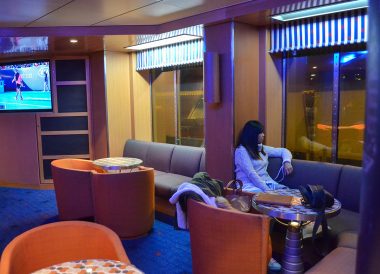 Belfast to Cairnryan would be the quickest route between the island of Ireland and mainland U.K. and most people in Northern Ireland would be familiar with the crossing. So I too have crossed it a handful of times (along with the now defunct Stranraer route) and the last crossing I remember was when working as an electrician, fitting disability lifts, through the mainland U.K. (including London, Manchester and Cornwall). Which does sound unlikely for me, but my mate, who was an electrician at the time, lost his driving license, and needed someone to drive his van so he didn’t lose his job. And of  course I became his driver, and spent my days watching him fitting lifts, because I otherwise know pretty much nout about electrics. Anyway, it is the common route for freight and tradesman, as well as foot passengers and cars. Although the two decks are split between the casual passengers and freight. 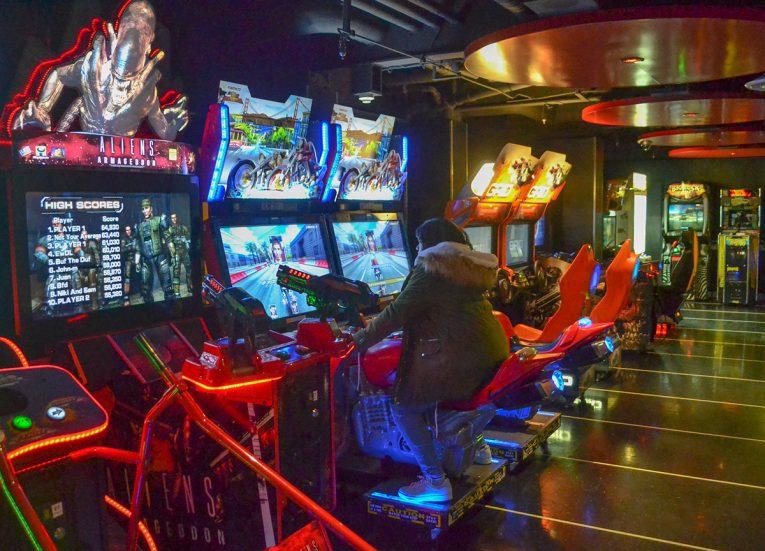 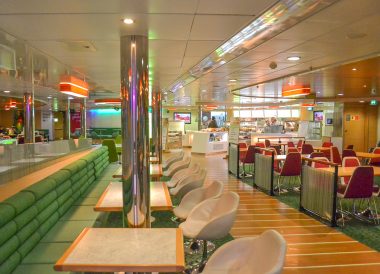 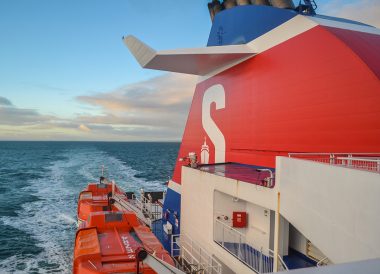 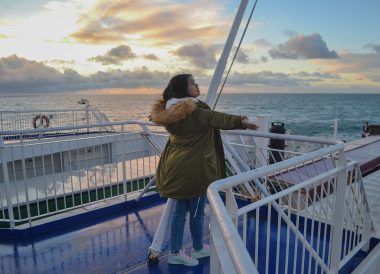 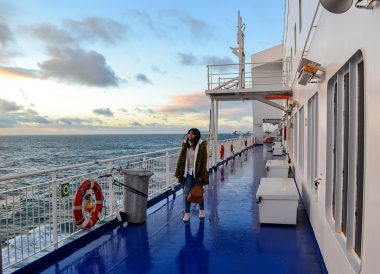 So the boats are fairly similar to how I remember them, only updated, with restaurants, a cinema, arcades, a spa and a bar, all with decent enough prices. But I otherwise slept for this crossing, or at least the first half of it, which is the same for most people onboard. As it is still early, and there’s a lot of driving ahead, and there’s just plenty of  comfortable seating to lounge around on. It is still dark when we set out as well, and the latter Scotland half of the journey is far more picturesque with sunrise, so we didn’t miss much. Otherwise I do remember the route, which takes a right into an inlet after a white lighthouse on the Scotland side, where we arrive to rugged coastlines, crashing waves, and it’s a bit like sightseeing, without leaving the comfort of our seats. But soon we arrive to Cairnryan, and following a simple disembarking at Loch Ryan Port, we embark on our 7 day sightseeing tour of Scotland. More to come. 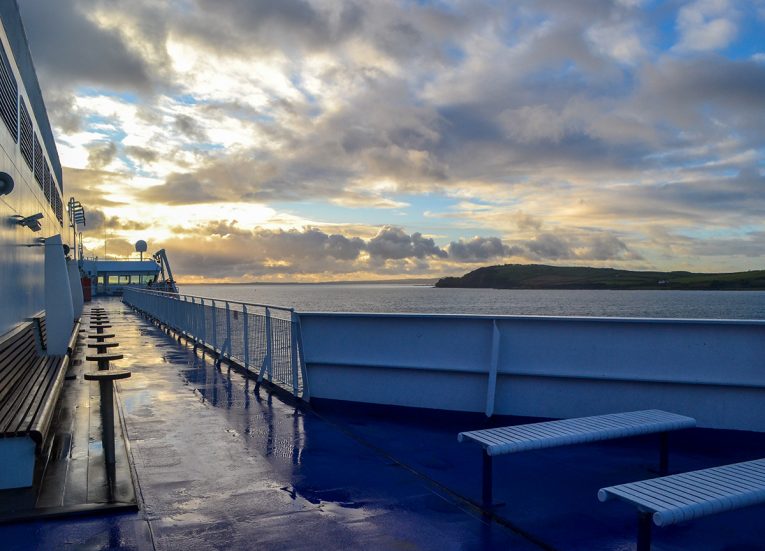 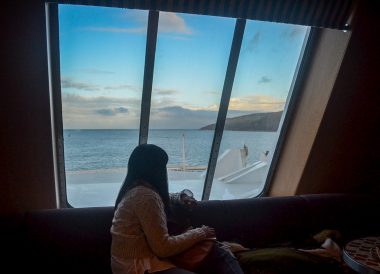 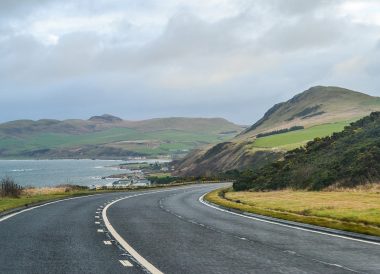 Out of this World

I admit this road trip never felt quite as exciting as our past years’, given the cultures and scenery would not be too different to what we have shared elsewhere through Ireland and the U.K. And this is why we decided to travel during winter, when there’s almost guaranteed to be snow in the Scottish Highlands, something which otherwise is slim at best everywhere else in the UK and Ireland. As the Scottish Highlands are easily the best winter destination in the U.K. and now after returning, I can say for most of Europe. As the scenery was sincerely out of this world, and you can see for yourself in the video below. So we covered some of the most fascinating corners of Scotland on a 7-night road trip in the Scottish Highlands, through seemingly endless and expansive mountain landscapes, while spotting some unlikely wildlife along the way. It really feels like nowhere else in the world. And it also came in at a fraction of the price of previous road trips in Europe. Seriously, Scotland is easily one of the best road trip destinations you can find.