Our search for Seal Dog began on the fourth of May, 2014, on the gulf shores of Thailand, with a 320km bus journey from Bangkok to the coastal regions of Trat province. A further 40 minute boat crossing then brought us to the island of Koh Chang, situated just a few clicks west of the Cambodian borders. An island which is home to Seal Dog, a surprisingly elusive, fat dog, who is known to have lived on a short stretch of beach, known as Lonely Beach, on the western shores of the island. And this is where we met the pineapple lady, selling freshly cut pineapple, at extortianate prices, which we paid in return for information on the elusive fat dog. Of course she knows Seal Dog, and she tells us how he would often be seen on the same stretch of beach, but she hadn’t seen him yet on this particular day. So we poked for more information, trying to at least create an idea of Seal Dog’s life, his back story. Like whether or not the other dogs teased him, or if he in fact had just ate too much pie. But apparently he is a she, and she has a friend, a white dog, big, but not quite as big. So we continued to search the beach area, but, in the end, we had to give up, and were forced to wait on further contact from the pineapple lady, who promised a phonecall on his return. But this never did happen, I’m afraid, and we were forced to leave Ko Chang on a low note. Something which we are in fact used to with ecotourism, as it is always a bit hit and miss, which, on this instance it was a miss. 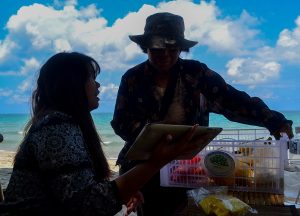 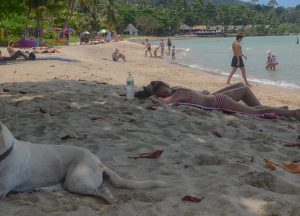 Three years have now passed since our first expedition, as again we return to Koh Chang to finish what we started. And going back to the original source material, on Youtube, we find in the comments section a mention of “el perrito super gordito”. So it turns out that Seal Dog is much bigger than we could ever have imagined. In short he had become a Meme on Spanish Social Media called El Perrito Super Gordito, or “Super Fat Doggy”, in English, and while this discovery might not be the most exciting of my life, it was definitely up there. So now I was in search of ‘El Perrito Super Gordito’, a real life meme, although ten years has now passed since the original post on YouTube. And things that fat don’t normally last long. But Seal Dog is not just your bog standard dog, he is ‘El Perrito Super Gordito’. So this time we decide to stay directly on Seal Dog’s beach and on check-in I am quick to ask the where abouts of the really fat dog. And the rececptionist knows exactly what I am talking about. The good news is that Seal Dog is still alive, or at least he was alive roughly eight months ago, when his owner arrived to the beach to take him away. But this only asks more questions. Like, why did the owner wait 10 years to pick-up his dog? Was it the memes that led to the reunion? And how could he even prove he was the owner of Seal Dog? So I’m now thinking that some Meme addict turned up, pretended to be the owner, and he now lives with a real life Meme. And I’m kind of wishing that I did the same three years ago. 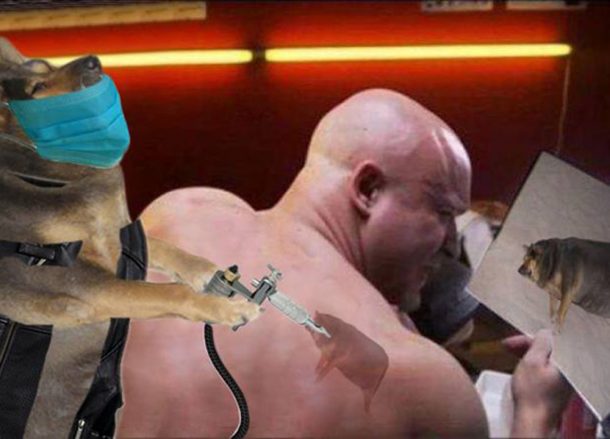 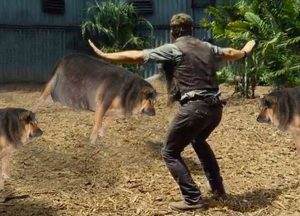 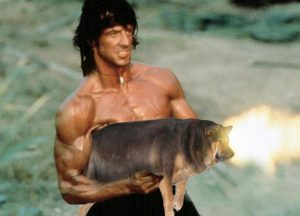