The best views of Taipei 101 are undoubtedly found at a viewpoint found on a nearby hill called Elephant Mountain. It’s also relatively easy to reach these days, although we admittedly did it wrong on our first time round. Following a printed guide from 2013 we started out at the base of Taipei 101 (having travelled in from the Ximending area) and found a fare distance ahead just to reach the base of the trail to Elephant Mountain and the best views of Taipei 101. Since then a new metro stop has opened in Xiangshan Station (24/11/2013) which sits on the near boundary of Zhongqiang Park which is found next to the starting point of the climb to the Elephant Mountain viewpoint. So it’s a lot easier now to travel direct to Xiangshan Station (exit 2) and, after passing though Zhongqiang Park, the starting point for the climb is found up the road on the left (past the Golden Global Plaza building pictured below). From here just follow the signs with elephants and Taipei 101 insignias to find the trail up towards the viewpoint. There will be a fork along the trail at one point (there are other scenic walks in the area) where you follow the pointer towards Liu Ju Shi. Anyway, it’s really quite easy to find and reach. 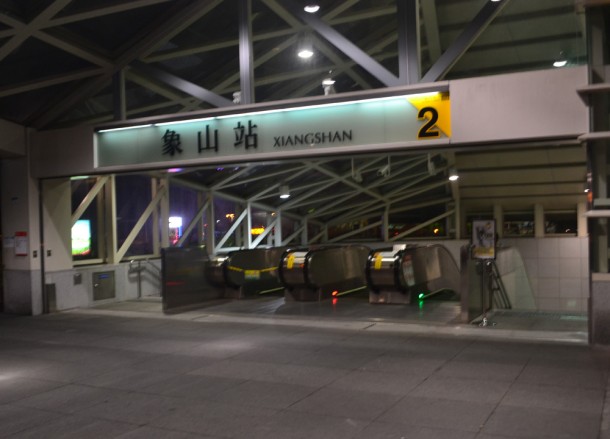 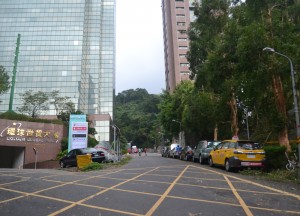 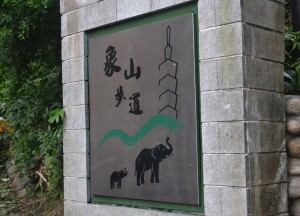 When we climbed Elephant Mountain it was the day following Typhoon Soudelor (the world’s strongest hurricane in 2015) which hit Taipei, so we found ourselves ducking beneath felled trees and hurdling broken branches along the way. The hike to the Elephant Mountain and the viewpoint over Taipei takes roughly 15-20 minutes with a lot of steps along the way, as expected. But it’s not too hard to reach, even for me (and I’m a complete mess when it comes to fitness). There are rest points, benches and viewing balconies along the way if needed. When we travelled the trail was relatively empty bar a handful of locals, many who would walk up and down the steps backwards for some reason. The occasional athlete would come running past backwards. It looks a bit weird. 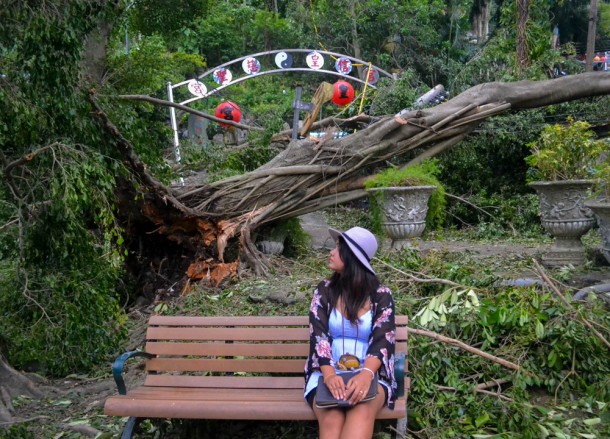 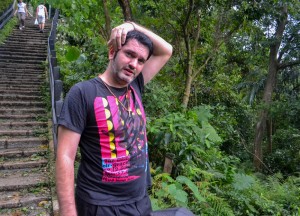 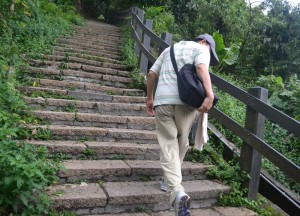 The best views of Taipei 101 would definitely be at and around sunset when the lights of the city flick on and gt brighter as night approaches. We arrive to Zhongqiang Park (near the metro) roughly 40 minutes before this time and were at the viewpoint with plenty of time to steal seats at the front of the small viewing balcony. In fact, very few others were here on the day (pictured below) which maybe due to Typhoon Soudelor which had only just passed. The views over Taipei couldn’t really get better and Taipei 101 is set framed in the center towering over all those who surround it. But my main concern was now walking back down, in darkness, which turned out to be no problem as the entire route is well lit with street lamps right to the bottom. 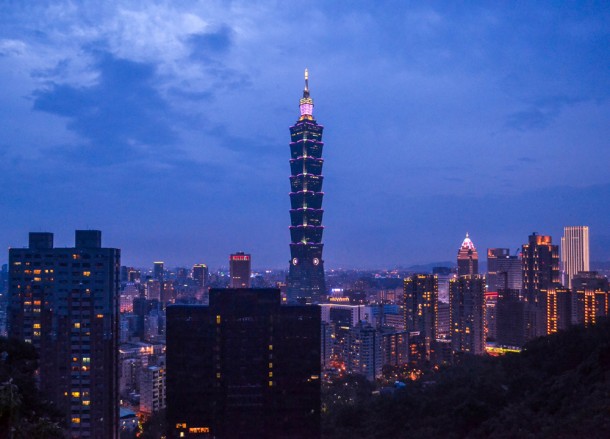 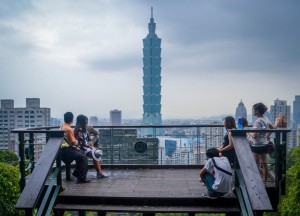 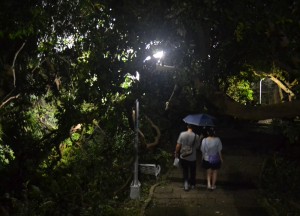