Fathers Day Thailand is celebrated on the King’s Birthday (King Bhumibol Adulyadej, 5th December). For the King’s Birthday hundreds of thousands gather at the Royal Plaza many camping from days earlier. The surrounding streets are crowded from 4am and a trek across Bangkok guarantees us views of yellow shirts and the back of heads. With coverage on every Thai television channel we opt for unobstructed views from the comfort of bed. This year the King is celebrating his 85th birthday in his 66th year of reign. 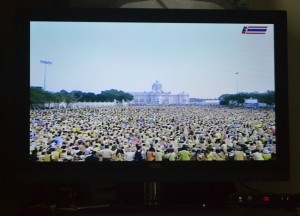 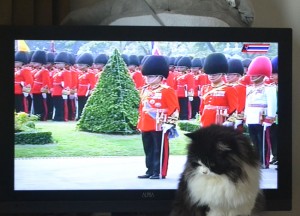 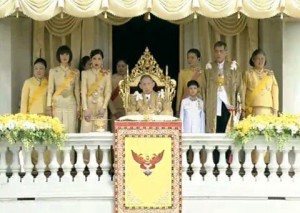 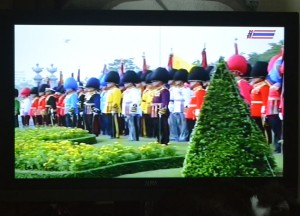 The Grand Audience at the Royal Plaza

The Royal Guard are topped with fuzzy hats and crowds wave red, white and blue flags. Celebrations are similar to what I know in the UK. Buckingham Palace replaced by Ananta Samakhom Throne Hall. The central statue of Queen Victoria / Nike replaced with King Chulalongkorn (Rama V) on a horse. Our dotty monarch replaced with revered Royals of Thailand. All very familiar. The biggest contrast was the multi-coloured array of guards. For each Royal Palace the Royal Guard sport their own colour uniform. There is also a lot more crying. In Thailand the people love the King. Crowds chants ‘Song Pra-Ja-Roen’ or in English ‘Long Live the King’. For a country plagued by corrupt Governments and dirty politics it is great to see such unity and patriotism.

The evening brings fun stuff. Celebrations across Thailand. The closest to us is at Benjakiti Park starting with an Assembly of candles in honor of the King. Being misled by incorrect English info online we miss the lighting of candles. Running late we instead go off track to Bangkok’s backstreets joining locals to light candles. 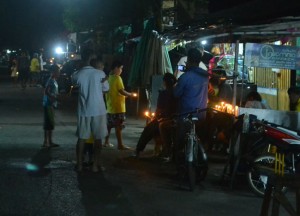 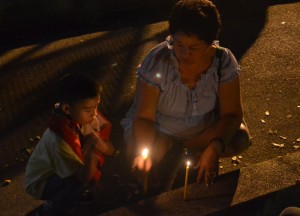 Arriving at the side entrance to Benjakiti Park lake we find celebrations well under way. The celebrations centre round the open-air amphitheatre near the QSNCC (Queen Sirikit Convention Centre). At the entrance candles are handed out. We light the candles beside the lake before trekking to the main stage at the floating plaza area. 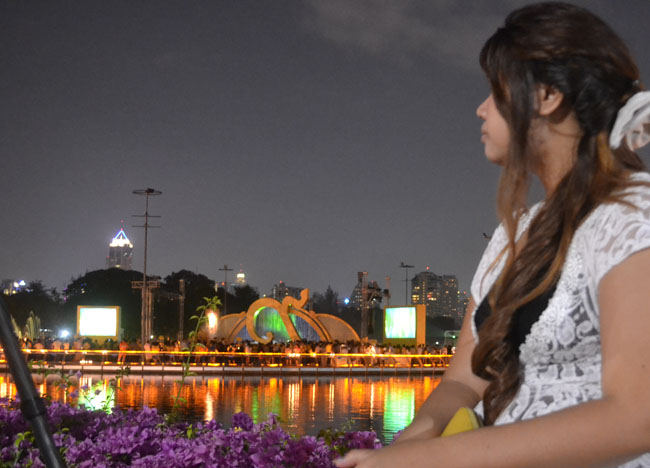 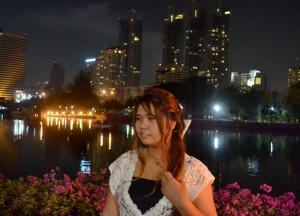 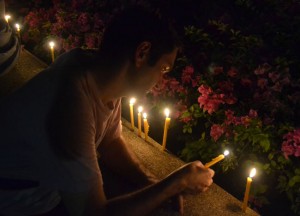 Celebrations are surprisingly small and intimate in comparison to the crowds in the Central Plaza area. Relaxed and fun. Kids (and Fanfan) pose for photos with oversized light ornaments. 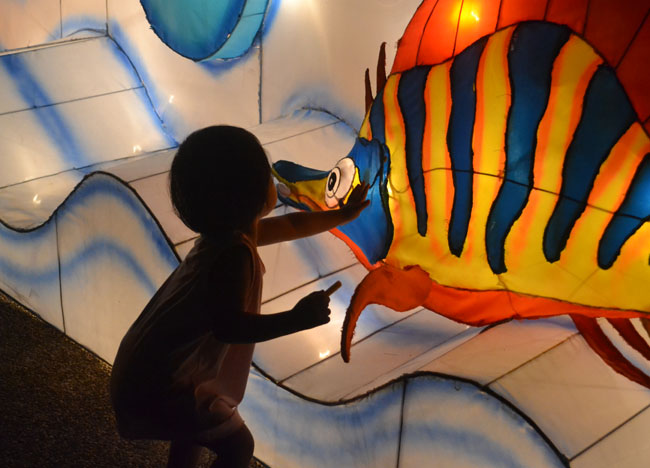 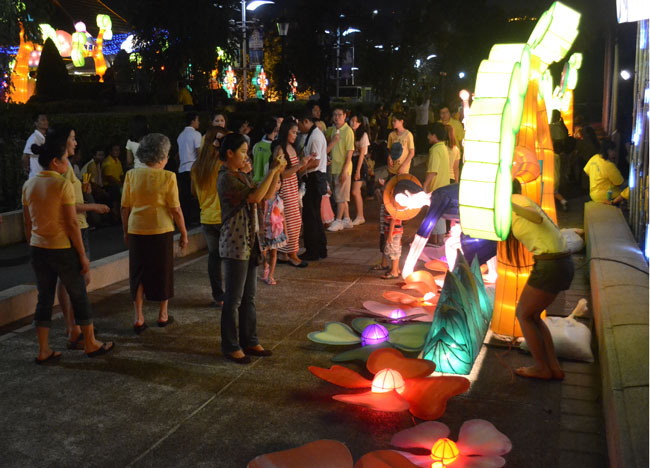 Rushed out the door earlier we were among the few not wearing yellow – the colour of the King. In Thailand days of the week assign colours. Yellow being Monday and the day which King Bhumibol was born. The floating plaza hosts a light and sound show with contemporary dance performances and an impressive finale of fireworks. 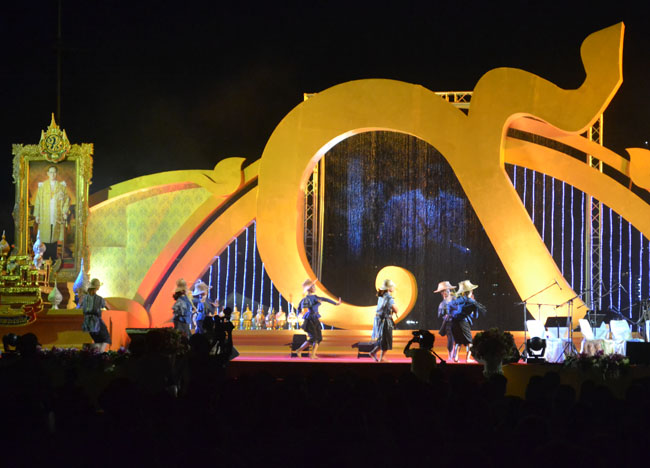 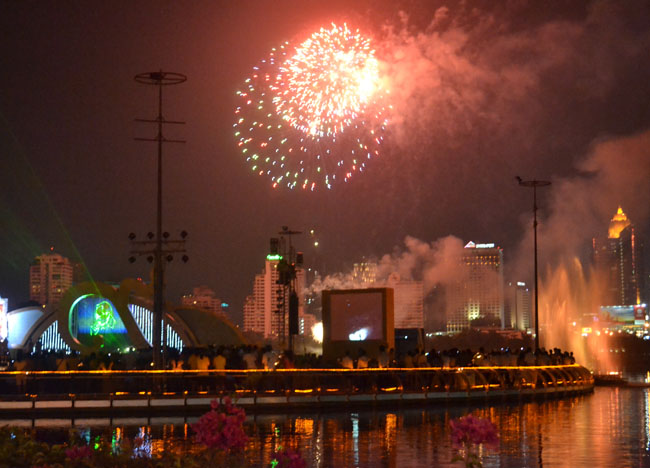 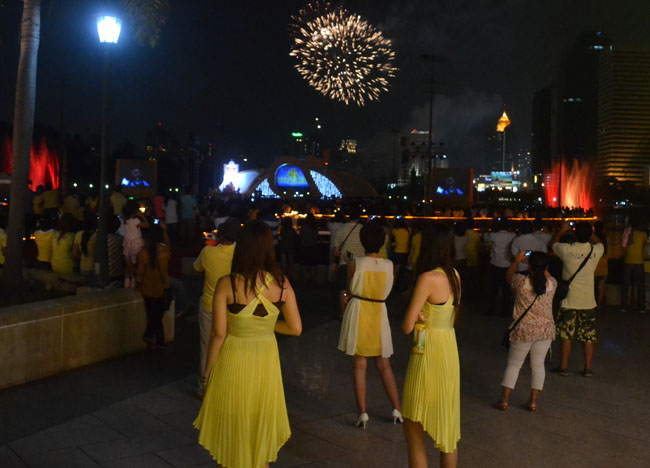