When travelling I rarely pack a razor and on the rare occasions I do it will unlikely see the light of day. Shaving while travelling is just a waste of time. Poking through toiletries, the whole shaving process, what’s the point. Who’s going to know the difference? For me it has become the norm for some sort of growth, stubble, half beard. On this trip I go even further with the full on man beard. Not an actual planned man beard it was just one that happened to happen. It came about when travelling in Vietnam where my appearance was of little interest. A week or two later I arrive back to Bangkok and the man beard was well underway. To turn back would have been idiotic and unmanly. You can see the transformation in the 17 days below; first is me slurping in Hanoi just after my previous shave (14th Oct). Next is Halloween in Bangkok the day I went from ‘not shaving’ to ‘man beard in progress’ (31st Oct) . Beards while travelling are now my travel essential. 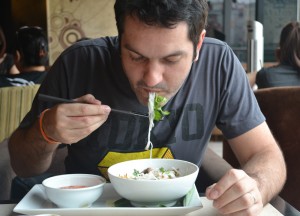 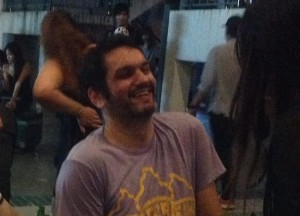 A man without a beard is not a man

Man must have beard at least once in their lifetime. Like a rite of passage for manness. Otherwise how do we know they’re man. Despite the abuse during the transition I stood strong turning taunts of  “Hobo Osama Santa” into ‘Zangief Desperate Dan Hacksaw Jim Duggan”. I was of course going for the full man beard. No poncing, no preening, just full on beard. I was to be a man not a magician. Styling kind of defeats the purpose of not shaving. In total I lasted 1 month and  10 days. I had planned longer to Christmas for travelling in minus temperatures through China but I reluctantly buckled to peer pressure (the wife). Note man beards are perfectly matched with beer or my other travel essential hard liquor. 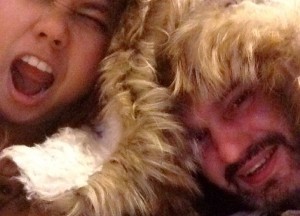 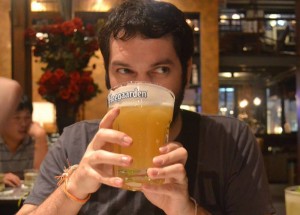 Benefits of the Man Beard

I’ve never felt so free as I did with my beard. Free from daily routine and free from vanity and self-consciousness (not that I ever had any). My hair was a mess and I didn’t even notice. While travellers travel to be ‘free’ I have always felt free in normal life, travel is just something I do. So if you really want to feel free grow a beard and walk around looking like a hobo. You won’t regret it. My everyday routine so much more enjoyable despite the taunts of jealousy. Those closest to me no doubt admired my manness; my condo security guards, the lads at the 7/11, my favourite street food vendors. The family at the fried pork counter gave me the thumbs up. Anyway today I shaved out of respect to my wife who refused to go near me (spoil sport). My beard down the drain with a good chunk of my manness. She did accept a compromise to meet her half way with some styling but the half man beard didn’t win her over. 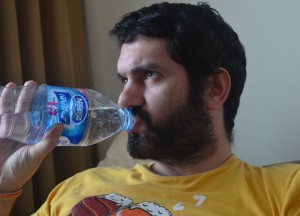 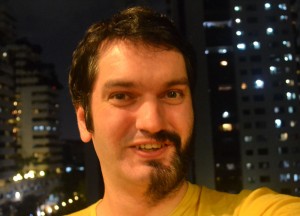