I don’t think you will find larger crowds for Halloween in Bangkok. Sincerely impressive. On arrival we honestly didn’t expect much to be going on – after all Halloween is a midweek event with little local relevance. It is an event generally celebrated on the previous weekend when the city is happier to get boozed up and party. But as always Route 66 fails to disappoint. It is the one place in Bangkok which is guaranteed to be packed on any day of the week and this is what we expect. A normal night at Route 66 with occasional Halloween revelers in half-assed costumes. Of course we were slightly blown back by the extravagance – Route 66 really went all out for Halloween. We arrive around 9pm to find the area already buzzing and the venue packing out fast. The surrounding road closed and the barriers of Route 66 extend to every foot they can muster. Crowds push to the main gate. The event for the night is the “Met Pop Ghost Party House 2013”. With a small entrance fee (300 Baht) and 200 Baht handed back in drinks coupons the value for money is unbeatable. 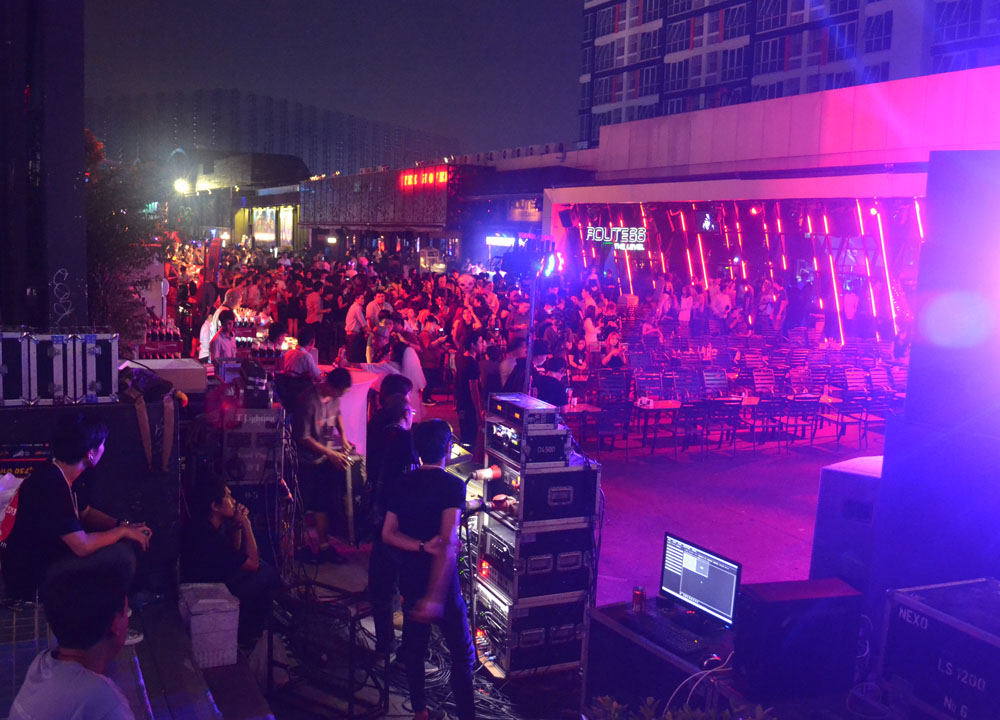 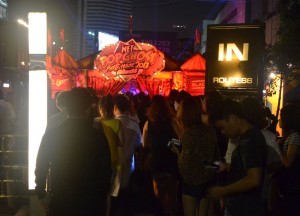 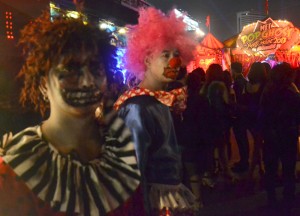 Night of the Living Dead

Now knowing the effort put into this night we might have made more effort ourselves. My lazily mucked on makeup is pathetic in comparison. Route 66 had gone all out; the perimeter gates lined with some of the best set design I’ve ever seen. See for yourself (below). Scenes fit for the movies. From little people dressed as Chucky Dolls to towering transvestites who pace over the crowds on stilts. The place more like a circus than a nightclub. Not to mention the world-class sound, lighting and the erection of the main stage. Route 66 with a reminder of why we so much love this city. A bottle of Whisky down (1,400 Baht) and the night becomes a fascinating haze of weirdness. 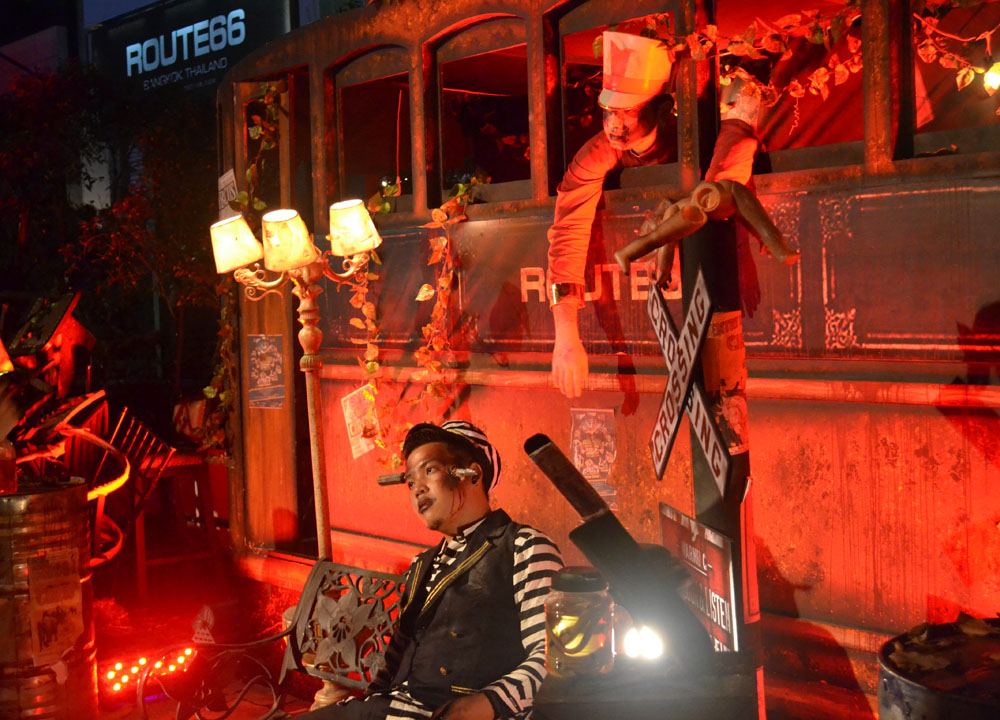 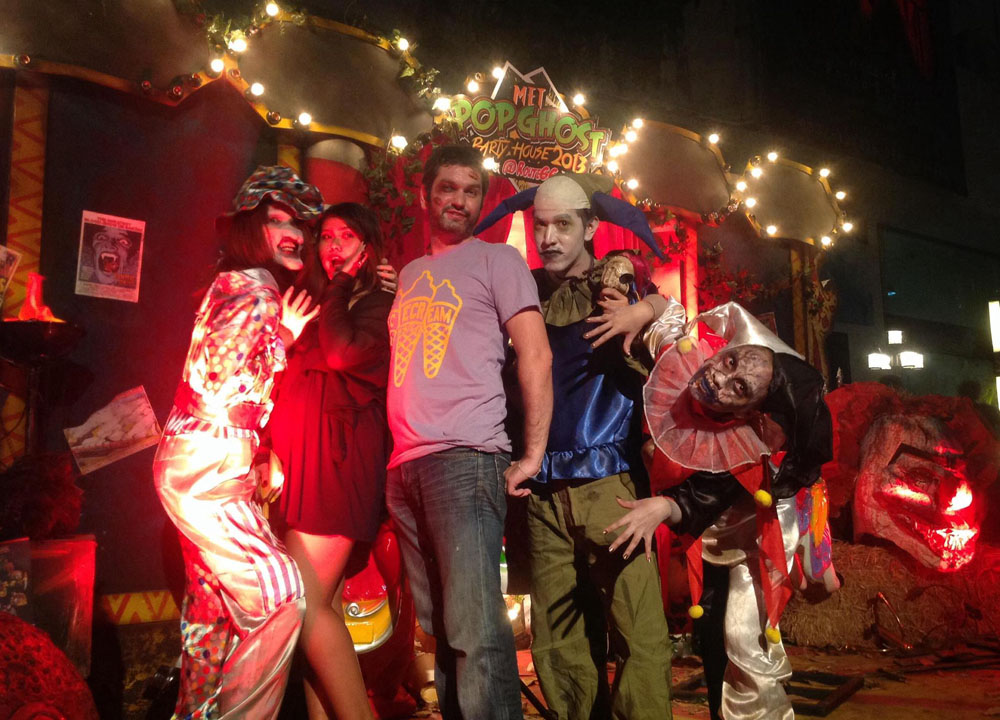 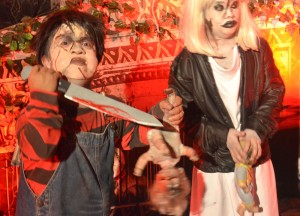 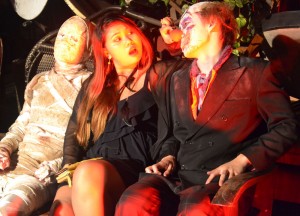 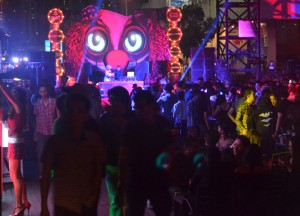 Other than obvious transformations for Halloween at Route 66 there is no change to the usual set-up. Away from the main stage you find the usual three rooms; the Novel for Thai bands, the Hip-Hop room at the far end and in between is the lesser used Techno room. For Halloween they boast some seriously impressive talent and even the techno room finds itself packed to the gills. The surprise main event for Fanfan was in the Novel where Tattoo Colour (local rock band) played a two hour set (eeee Tattoo Colour). 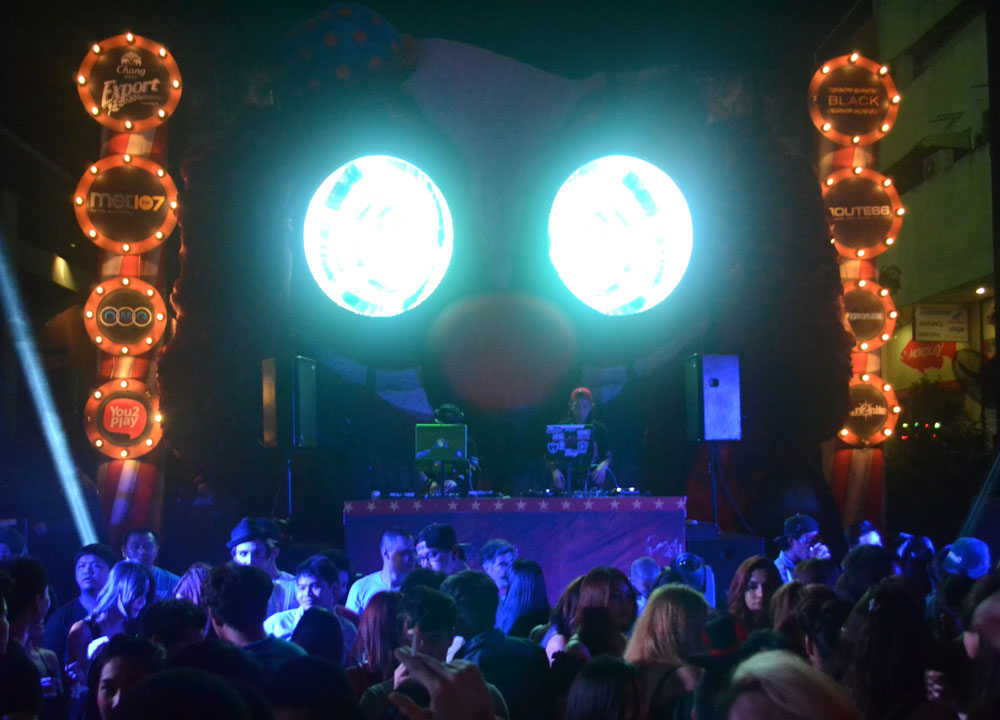 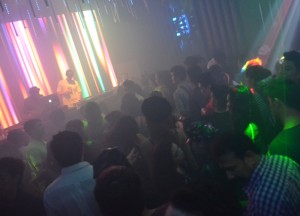 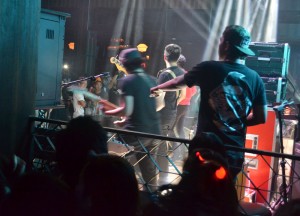