During our time travelling on a JR Pass in Japan we based ourselves a number of times in different parts of Tokyo. The usual protocol here was to find a station on the JR line, which is also close enough to the main Tokyo’s travel hubs, then search for cheap hotels. I can say, of all these bases, that the Shimbashi Station Area of Tokyo, was by far the most interesting. It’s an area I’d never actually heard of, and one I didn’t expect much of before arriving, but it is now the area we’d go back to for our next visit. Not only is Shimbashi handy for the JR lines, for onward JR Pass travel, but it’s also conveniently located on the Yamanote circle line (JR) which gives easy access to Tokyo’s popular stops. But what I liked most about Shimbashi is that it’s not really a tourist area, where, instead it’s salaryman territory meaning cheap accommodation (Shimbashi Station hotels here) and plenty of food and entertainment. First arriving we passed beneath the elevated railway lines to find all sort of izakayas, yakitori grills and ramen restaurants, and of course, being well known salaryman territory, theirs also a mix of pink parlors, adult entertainment, cheap booze and a lively local night scene. It’s definitely more rustic and gritty than the previous, clean cut areas of Tokyo which we’d stayed in to date. 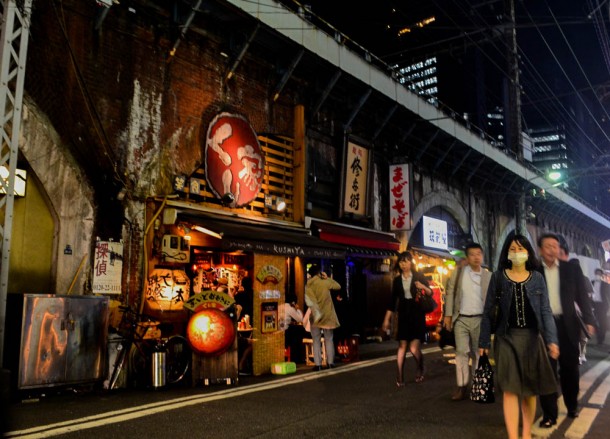 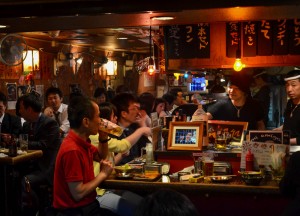 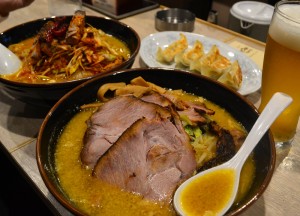 We barely scratch the surface during our two days in Shimbashi (between travel), but we did visit, and revisit the main stretch beneath the tracks. There’s enough going on there to keep you busy on a short stay. The first night, we pull up a stool in one of the street’s many ramen bars to be served sumo sized ramen bowls, which made our sides of beer and gyoza look tiny in comparison. The food in Shimbashi is cheap, so the size was completely unexpected. Then, as I pick away at my giant pork slabs, the sounds of celebration pass through the alley next to us. Intrigued, I am quick out to explore, although the salarymen surrounding me barely bat an eyelid. It’s just another night in Tokyo for them. This celebration, known as a ‘matsuri’, actually began at the nearby Hibiya Shrine where the kami of the temple had been moved from the shrine to be placed in ‘mikoshi’ housing to be paraded through the streets. It is then hauled to their shoulders and the procession began bouncing through Shimbashi streets shouting “wasshoi” and shaking it vigorously to amuse the kami inside. This night in Shimbashi was a reminder that Tokyo’s not just another multicultural city like New York, London or Bangkok. Yes, it has its Micky Ds, and the global brands, but ultimately culture, and daily life is uniquely Japanese. 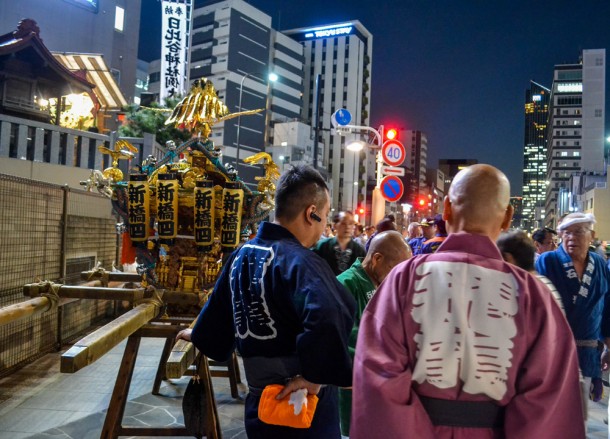 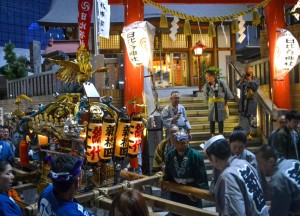 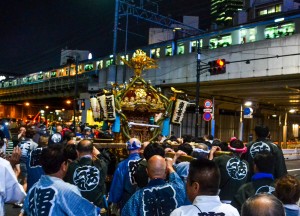 A Walk to Tokyo Tower

During our stay we are in a typical business hotel, typically pokey with a plunge bath and washlet toilet. It’s just a short walk from the Shimbashi station area, only streets here are normal and nondescript. It’s a quiet area, hidden among highrise. On the second night, after picking up snacks at the local kombini, I find myself sat at the hotel window, drinking sake from what looks like a mini chocolate milk carton. When I do, I take note of an extra-large pylon in the nearby cityscape. This turns out to be Tokyo Tower, and it makes a handy marker, and gives me an excuse to wander aimlessly through the back alleys of the Shimbashi area. Tokyo Tower is a bit like the Eiffel Tower, only less romantic, and more red and white. The surrounding park is quiet. I spend the night watching traffic. 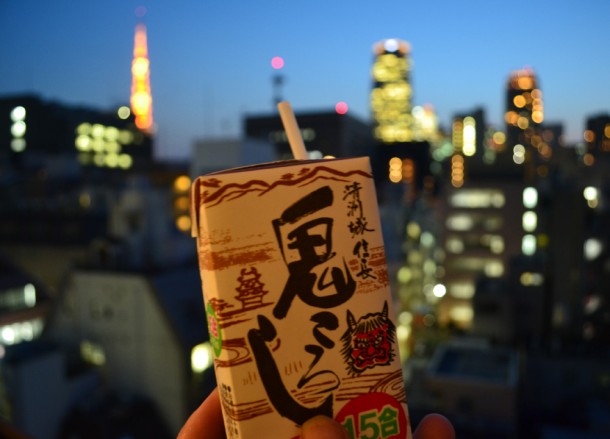 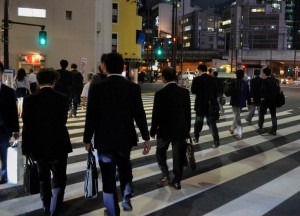 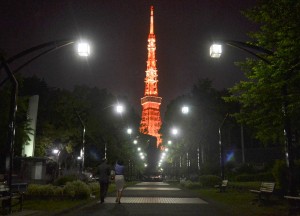 Subscribe below for our free eBook downloads including our full 2 week itinerary in Japan. Highlights include the Great Snow Walls of the Alpine Route, Ryokan Hotels under Mount Fuji and Shirakawa-go Unesco Village.