Overland travel tends to get flack these days because of how expensive it is when compared to low cost carriers. For most it is understandable but, at the same time, the cheapness of low cost carriers can be misleading. We found this not so long ago when travelling between London and Paris where we are given the option of either travel by train or travel with low-coast carriers. It’s a common decision these days. So we wanted to either travel from London to Paris by Eurostar or by low-cost carrier leaving Gatwick Airport. From the central London circle line to Paris’ Metro Zone 1. Personally I’d always choose rail travel over flights, because trains are awesome, but Fanfan on the other hand prefers to fly. On this instance we check the prices and flying was half the price. The Eurostar costs £60 to Paris and Easyjet flights cost £30. The journey time is similar with both, at around 2 hours, so at first glance the Easyjet flight is the obviously winner, right? I was forced to do the sums. 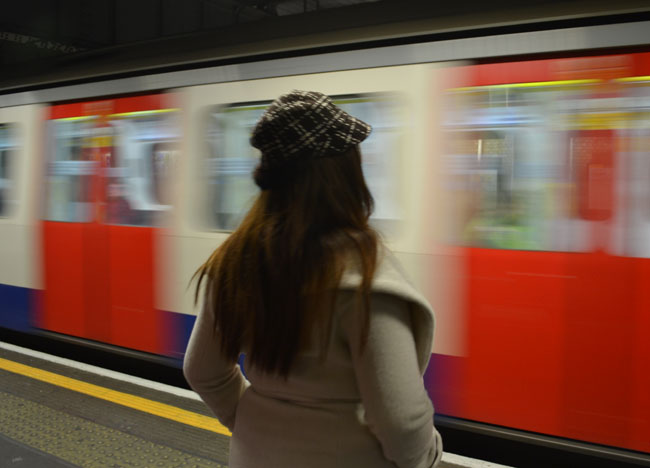 The problem with low-cost carriers is that airports are always located outside of centre and, while Heathrow is relatively close to central London, flights are always more expensive. Similar to Eurostar prices. So Gatwick will be the likely choice and given it is a fair distance from the city centre it first means getting there. For this the cheapest option is around £8, which isn’t bad but it takes an additional 1 hour 25 minutes (National Express airport transfers). Alternatively there is the train to Gatwick Airport, from Victoria Station, which costs around £17 one-way (Gatwick express). But this also adds an extra 30 minutes onto journey time. So the price goes up, and the journey becomes longer, and this will be no different on the opposite end. From Charles de Gaulle Airport in Paris transfers are necessary to find the city centre; the cheapest costs £8 to Gare du Nord in Paris, and takes around 35 minutes (RER B city train). So looking at the cheapest possible option it is now £46 all in (£30 flights, £8 Gatwick bus, £8 Paris train). It’s still cheaper, but the journey now takes 2 hours longer than before (1 hr 25 mins Gatwick bus, and 35 mins Paris train). I’d even add an extra 30 minutes to each end of the journey for waiting times and navigating the airport. That’s probably being generous. So to save £14, we would have added roughly 3 hours and a whole lot of hassle onto our journey. Do they still add credit and debit card fees to bookings?

London to Paris by Eurostar

The Eurostar leaves from St Pancras Station (King’s Cross) on London’s central circle line. It arrives to Paris’ Gare du Nord station. It more or less goes from centre to centre. There is no transit in between. Simple. The passport check and security at the airport is swift and simple, making the journey a whole lot less stressful when boarding. You will be trading skies and fluffy cloud for tunnels and not-so-exciting countryside views. Admittedly the scenery isn’t great between the two destinations. It’s not quite English strawberry fields and manors, to French vineyards and chateaus. But this is probably the only downside. Then there are the other advantages of rail travel like loads of baggage space, and just the overall level of comfort and leg room and space. Also trains are awesome. The ride is smooth and, at the opposite end, there’s no crushing into aisles to wait for the doors to open. So, in the end, London to Paris by Eurostar was the easy winner, and while we may have lost £14 each, we did arrive feeling fresh with an extra 3 hours spare for sightseeing and eating and for feeling glad that we hadn’t squished ourselves into another low-cost carrier.