To date we have now covered all 9 provinces of Northern Thailand on road trips, starting out from different points at times, and driving in different vehicles. But to date I can say that Chiang Mai is easily the best starting point, in a car with at least a 1.4-litre engine (it’s hilly in the north), and my recommended starting point would be from Chiang Mai’s International airport (last visit we booked through Easyrentcars). And daily car rental would normally set you back around 1,000 Baht per day. Give or take. But even when staying in Chiang Mai (we are there a lot), I would still rent a car and travel out from the airport, rather than starting out from the city centre. It’s just convenient. I would also advise on bringing a GPS/satnav just in case. Although the Mae Hong Son Loop is really one of the easiest road trips I‘ve followed to date, as there’s really only one road right round. So it’s very hard to go wrong. 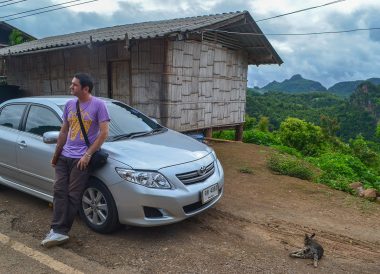 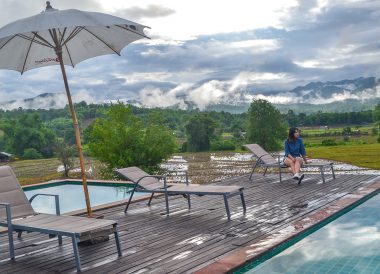 For me, Mae Hong Son ticks all the necessary boxes for a road trip, as it is challenging and scenic (tick), with plenty of viewpoints and photo-ops (tick), and there’s just a lot of intriguing cultures and foods along the way (tick). And the entire loop should take not much more than 12-hours when starting out in Chiang Mai, so you can say it is roughly 3 hours of driving per day. Which gives plenty of time to explore the destinations along the way. Otherwise the drive is just ridiculously scenic, and a bit of a rollercoaster road trip at times, where it is said to have 1,864 turns through the rainforests and ranges, between Chiang Mai and the furthest point at Mae Hong Son town (which can make some people queasy). It is no doubt an exciting drive. And it is our favourite province in all of Thailand (our 9 Province Guide here). 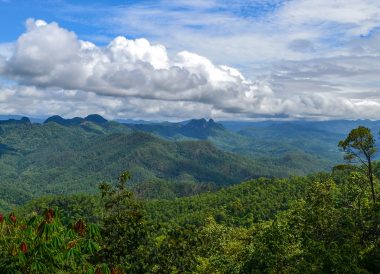 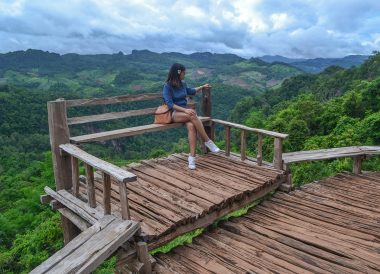 It is roughly a one hour’s drive from Chiang Mai airport to reach the scenic foothills of the Mae Hong Son Loop, which is where the terrain will become ridiculously scenic as well as increasingly winding. And Pai would be the first overnight stop here, a scenic town which has become somewhat notorious for its backpackers and themed tourist sites. But it also the halfway point to Mae Hong Son town, which makes it a very convenient base for travel in the area. However, when travelling by car, it is also very easy to avoid the main tourist centre of Pai (if necessary) and we actually stayed in an outside resort surrounded by mountains and rice fields (full hotel list here). As there is still a lot of charm and attraction found in and around Pai, which shares unique cultures, scenery, and just a rather enchanting backdrop. To name some of the better attractions, there is the Yunnan Teahills, and the Pai Canyon (below left) which is found a short drive out, and is passed on the way in. 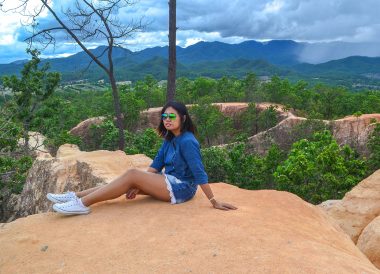 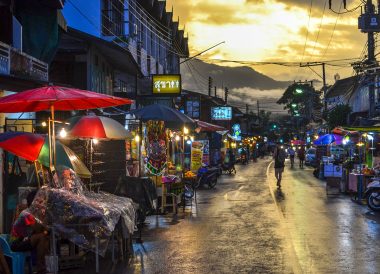 Pai is the halfway point to Mae Hong Son, and Mae Hong Son would be the halfway point of the entire loop. It is also the furthest point I guess, before returning along a longer route back towards Chiang Mai. So this length, between Pai and Mae Hong Son, would be the most scenic of the loop, and there are a handful of scenic stops along the way. One of these would be the Su Tong Pae Bridge, which is a rickety old wooden footbridge crossing stretches of rice fields (below left). And maybe a stop for noodles with a view at Ban Jabo Village. This is just a really scenic drive before finally reaching the town of Mae Hong Son, the capital of the Province, which again would be the base for the night. And while the town isn’t overly exciting (to be honest), there are some fantastic views over the city from Wat Phrathat Doi Kongmu (below right), and the town is just the ideal base before starting on the return journey towards Chiang Mai. 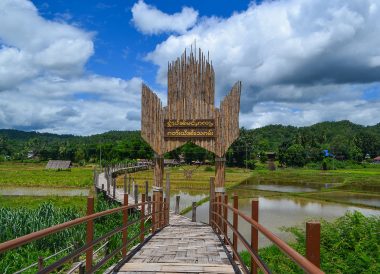 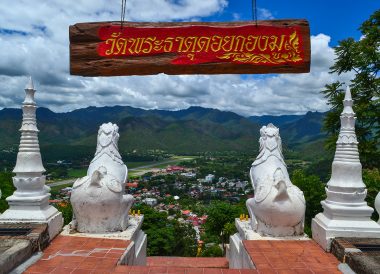 This stretch would be the longest of the 3-days (around 4 hours) which admittedly we did hurry, to allow us to make the most of the day in Doi Inthanon (although I regret not stopping at Namtok Mae Surin National Park). And while the ‘traditional’ Mae Hong Son Loop would normally continue south to Mae Sariang (or start there), we opted instead to cut the return route short, and instead travelled to the waterfall and highest mountain peak in Thailand at Doi Inthanon. Simply because it offers more as an attraction than Mae Sariang). It was also an unplanned stop (we otherwise booked accommodation in advance at the previous two destinations). So we literally just turned up at the various camping and bungalow sites in the foothills, where we were able to find a cheap 2-bedroom bungalow with scenic mountain views. Finally, it is then a 2-hour drive from Doi Inthanon to Chiang Mai, and to the drop-off of the car at the airport the next morning. 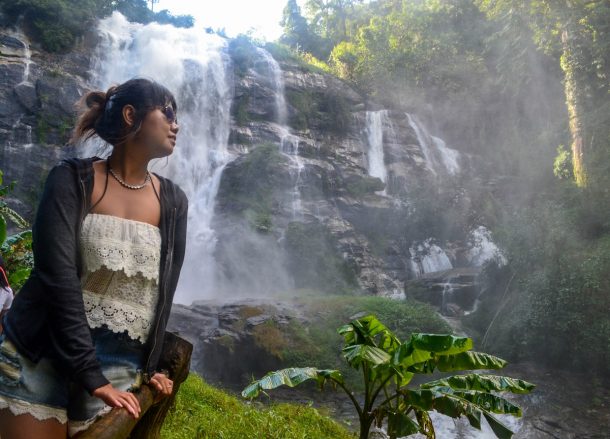 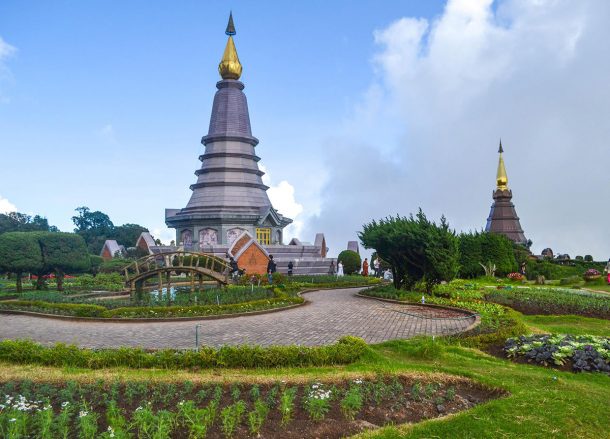 Some good thought 💭 some bad thought💭 but wh

Since restriction of Covid 19 please Book your vis

☁️☁️☁️☁️ Malin head is the most no

Nice day walked around the lake at Mount Stewart