It is hard to know if our experience at Manila Airport (Ninoy) was down to the Airphil Express Airline or the inbred scamming cuIture running riot in Manila Tourism. For once things were good in Manila. An evening at the balcony restaurants of SM Mall of Asia – Filipino food, local beers and sunsets over Manila Bay. Manila Airport was the last obstacle between us and our bad experiences during our stay in Manila. Our next stop was Puerto Princesa. 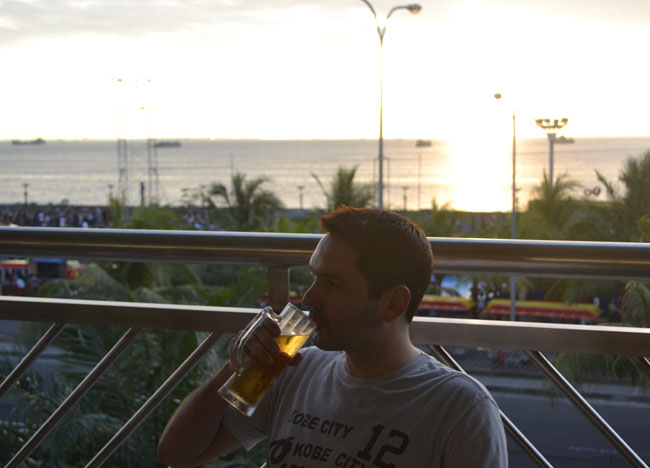 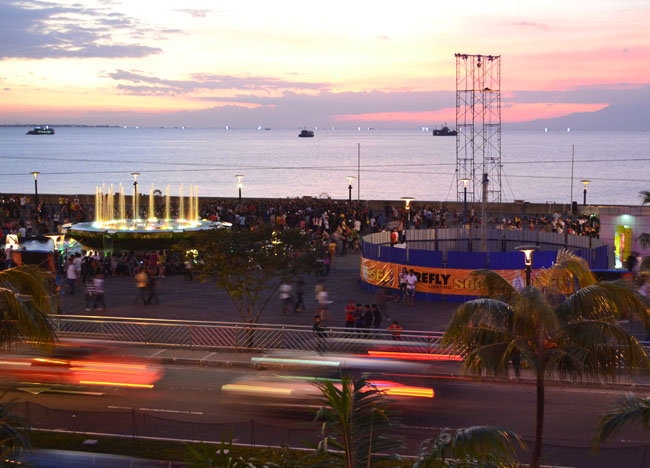 We pass the Airphil Express check-in counter with no problem. Next was the baggage check before boarding. A tad tipsy we end up in the wrong queue (International Flights). While a guard checks our ticket two Airphil Express staff take my bag

The security interrupts pointing us to the Domestic Flights.

Given the heads up I pocket my camera. The same situation at the International Baggage Check. Here they put the bag on scales. 7.4kg I was right. Next the Airphil Express staff question my bag size putting it on top of the baggage size check.

“It won’t fit. Will need to be checked.”

Out comes my camera. Click. I then offer my expertise. I squeeze in the sides of my bag and it slides in easy. I step back and take a second photo. I remove the bag through the side with no problem. 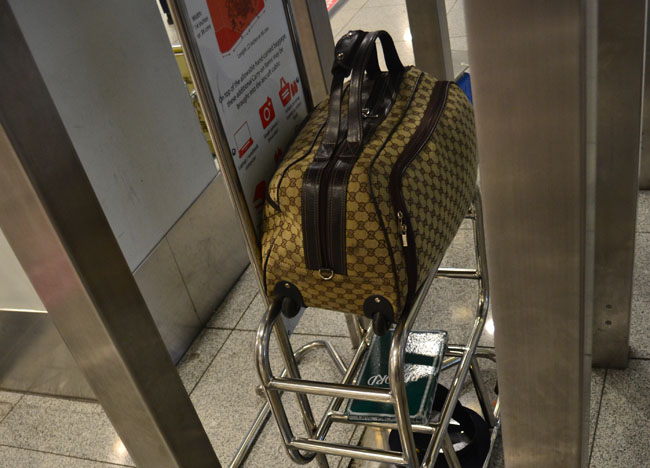 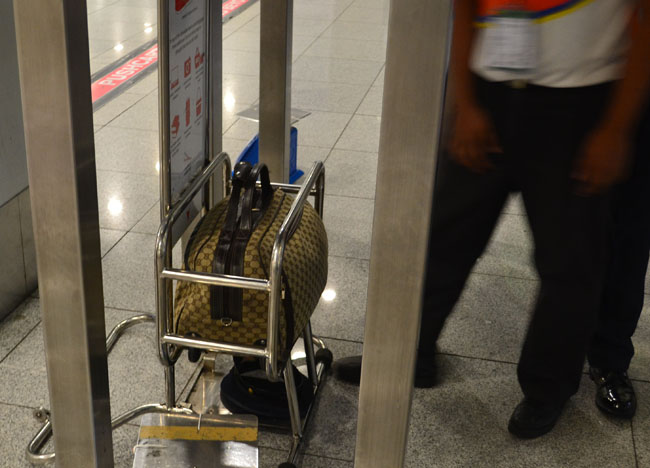 Under the eyes of gun toting security guards of Manila Airport the situation would have been intimidating if I hadn’t a gut full of San Miguels and Red Horse Beer. Head scratching the Airphil Express staff are amazed by my ingenuity. Then the excuses.

“Maybe you should take out some clothes to be sure it fits.”

I was interested to see what the fuss was about. Are baggage holds really that small? When we get on the plane it is half empty, the baggage holds also empty and my bag was tiny inside. So why were they so upset about my baggage? Commission maybe?? 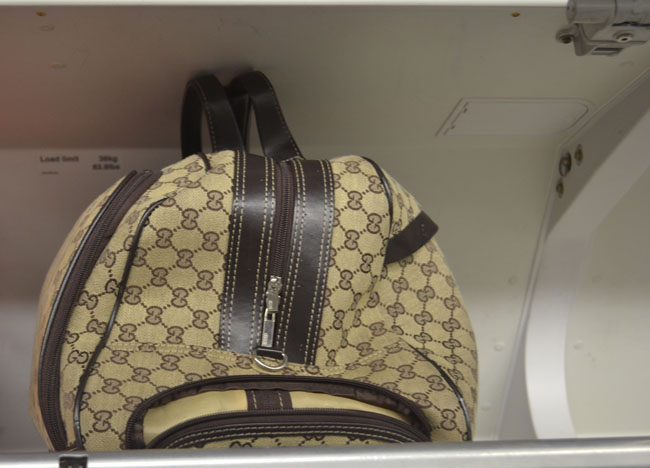 Trampled biscuits on the floor, one in-flight magazine between three seats, cabin crew dressed like fast food workers. I wasn’t overly impressed with Airphil Express. Before now the same bag had joined me on many no-frill flights including Ryanair, BMI Baby, AirAsia and Tiger Airways. Never a problem.