I should probably start this post by saying that I am not big into marijuana, and it is something I’ve barely touched since my school days. As this post comes out of interest as a food tourist, and it is little more than some flippant research into marijuana and its ‘traditional’ use in Khmer cuisine. Something I don’t consider as being true, as it appears to be more of a loophole in legislation, allowing locals to grow marijuana plants and season food with marijuana. How pizza fits with the proud traditions of Cambodia is beyond me. 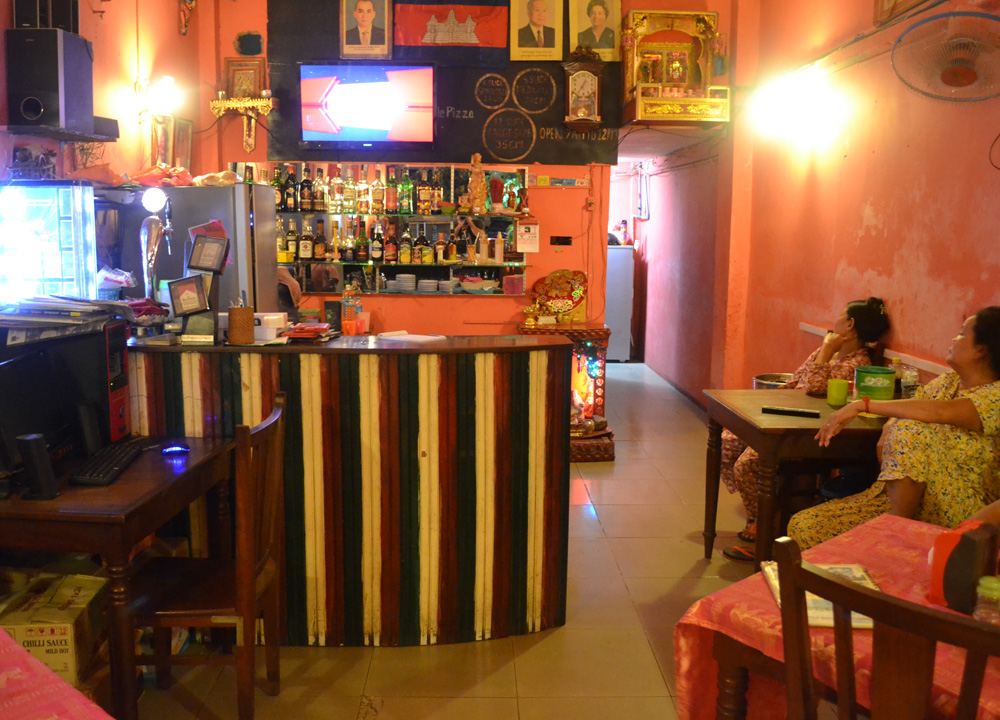 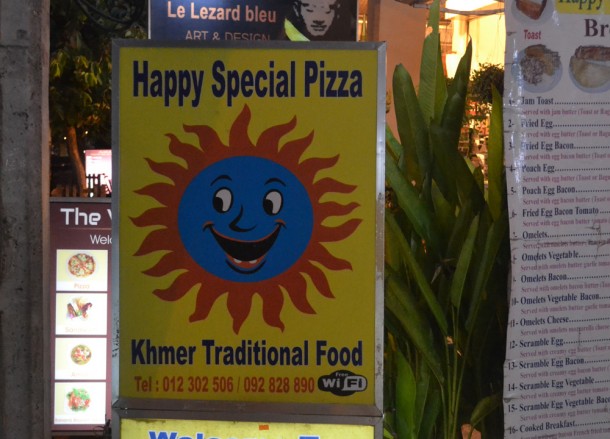 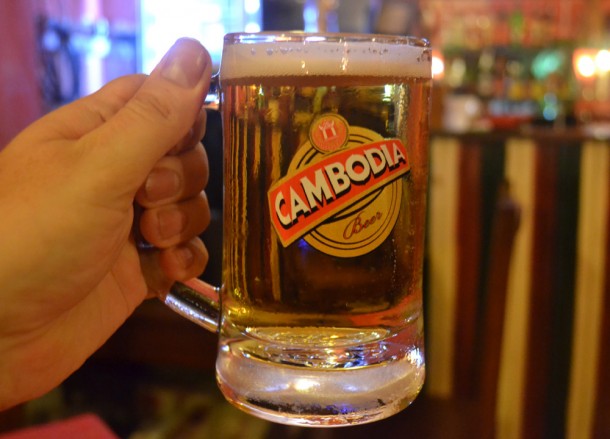 So I go for the local recommendation of ‘Happy Special Pizza’, one of the better-rated pizza parlours on the Hospital Road stretch, where I walk to the counter and order a medium-sized ham pizza for takeaway. I then order one-half happy, with marijuana, leaving the other half plane in case the ganja tastes like dirt. The final price came to $6.50. Which is the same with or without marijuana, as the prices don’t change. Which just shows how cheap this ‘seasoning’ is to supply.

I then pulled out my SLR camera and started to snap photos of the pizza shop, including the proprietors who are of an older generation, dressed in pyjama-like clothing. They don’t bat an eyelid. There was no wrongdoing in their eyes, nothing out of the ordinary, it’s just another humble day selling pizzas. Either way, I am still a little unnerved by this somewhat unlikely experience, so I order a beer for my wait, and take a seat. I was still a bit sceptical at this time, “they’re not really going to give me marijuana on my pizza are they???” So when it arrives I was pleasantly surprised to see it laced half with generous chunks of “Happy”.

We then took the pizza back to the hotel, to share two slices of happy pizza with my wife, under revolving ceiling fans and a chorus of lizards, frogs and insects. What do Happy Pizzas taste like? They taste like pizza topped with marijuana. Not quite oregano, but it’s not horrible either. And while the herb is in no doubt marijuana, it is of low potency, and for a good 30 plus minutes we sit… bored. As the effects of marijuana take longer when ingesting them, over smoking them. And by the time we feel a minor buzz, I wished we’d opted for a bottle of wine. It wasn’t the most exciting of experiences. 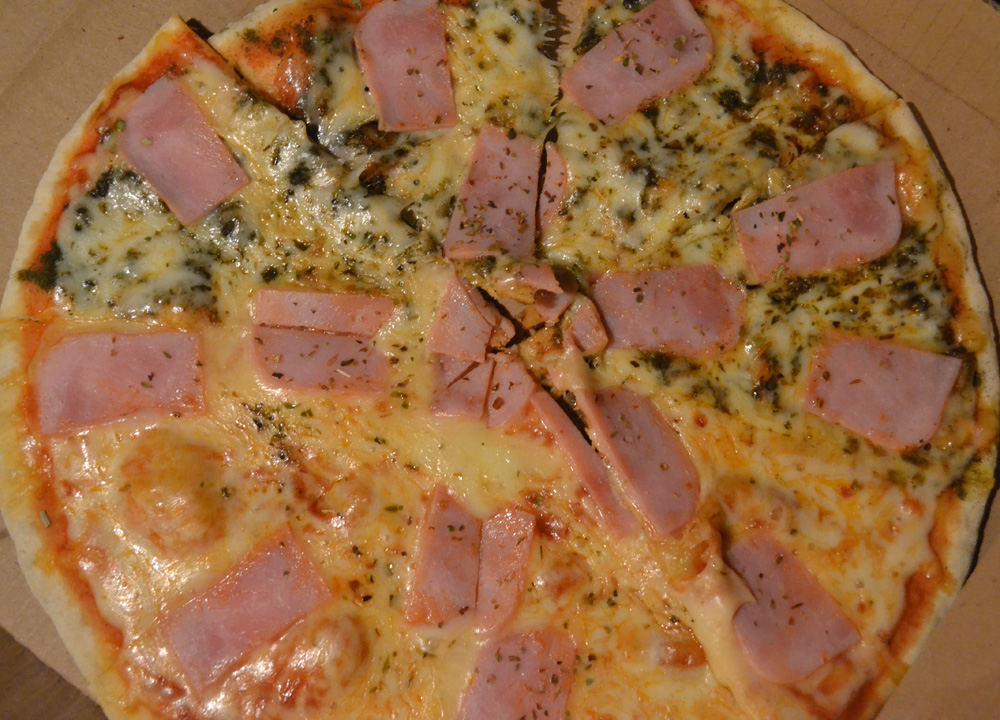 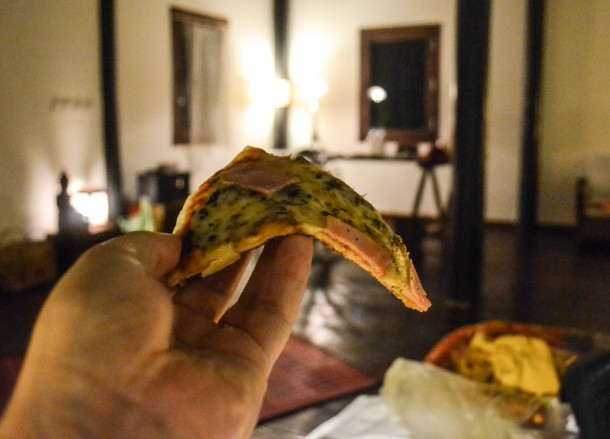 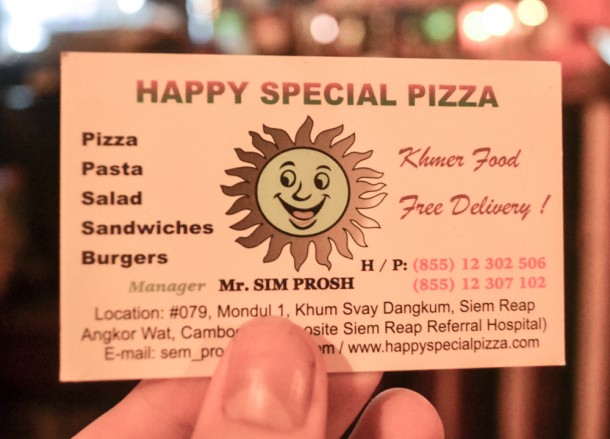 The legality of marijuana in Cambodia is said to be little more than a face against international pressures (UN and DEA) and, on the ground, the laws are rarely enforced. In the Netherlands (e.g. Amsterdam) marijuana is also illegal, but through tolerance policies, it can exist in grey areas. So I guess the situation is not so different. That being said, I would never recommend testing the laws, as corrupt policemen could easily wangle bribes, and if you don’t pay up, the Cambodian jails never come highly recommended.

Anyway, for the sake of ‘research’ I did call into the Happy Pizza parlours again, in search of ingredients, this time with cigarettes. Which I am fairly sure is illegal, and people look confused as if to say “you want to smoke it??” Although this may be due to my clean-cut, narc-like demeanour. So it isn’t until the 4th Happy Pizza parlour that the proprietor offers to sell me ingredients on its own, with a $15 a bag. And having come thus far, I did reluctantly hand it over. The lady then turned to the fridge, and pulled out a cool bag of marijuana, to hand it over to me.

I am clueless when it comes to marijuana prices… but this bag looks huge (pictured below). And with a flight the following morning we found ourselves stuck with a rather huge bag of marijuana. So $14 worth of marijuana was literally flushed down our hotel toilet. Anyway, again I should stress that in no way do I aim to promote smoking or buying marijuana. All this comes simply from personal curiosity. And like most long-time travellers, I do generally avoid the somewhat parasitical drug cultures of Asia (like in Vang Vieng). However, they do exist, and highlighting them just makes them easier to find, or avoid. Which can only make everyone happier. 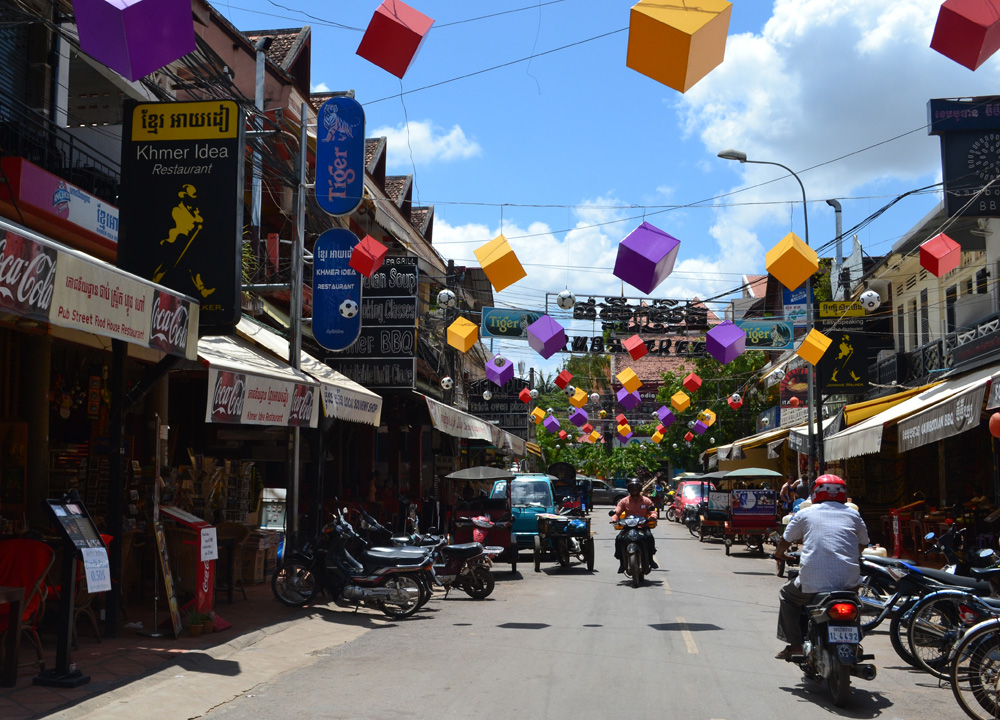 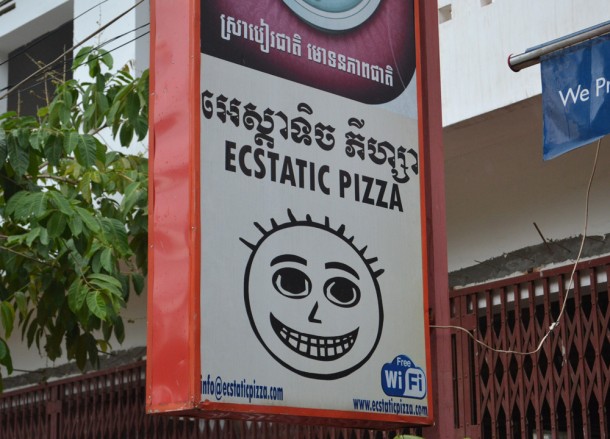 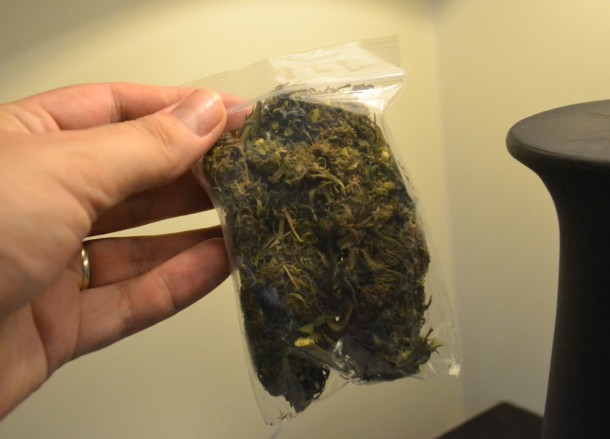