A Thai tradition practiced in the run-up to and early days of the New Year. The nine temple tour as you may have guessed tours nine different Buddhist Temples. The significance of ‘nine’ or in Thai ‘gao’ is the word also translates as ‘step’ as in ‘gao nah’ meaning ‘step forward’. Progressing to a better life. I often join the tradition on New Year’s Day in Bangkok. To date I have failed completion of the New Year Temple Tour – my best being five temples. Not a simple tradition in 30′ heat after the shenanigans of New Year’s Eve. On the nine temple tour there is one Bangkok temple which I never miss. Wat Saket aka the Golden Mount temple. 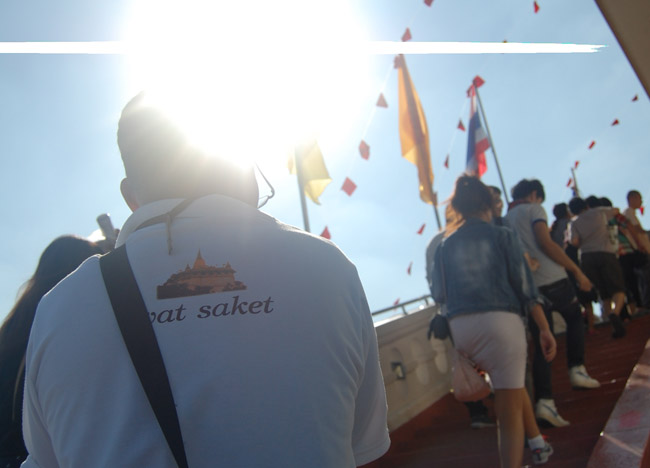 Golden Mount (Wat Saket) is found in the old city area of Bangkok aka Rattanakosin Island. Here streams of locals bash the temple gongs as they climb the spiral slope to reach the top of Golden Mount. 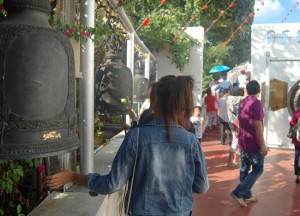 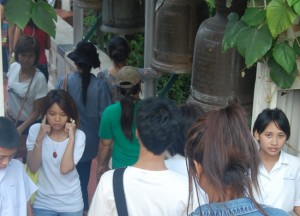 As you climb the Golden Mount you are treated to impressive views of the old city. High up you enter the central temple building where you pass through tight doors, corridors and staircases before reaching the Golden Stupa at the top of Golden Mount. 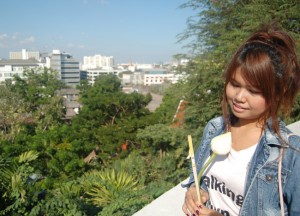 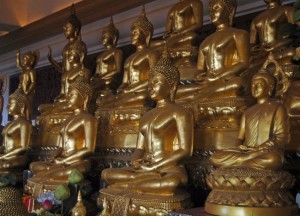 On Top of Golden Mount Bangkok

At the top of Golden Mount crowds circle the central stupa holding gifts and donations for the temple or their hands in prayer (wai). They circle three times clockwise known as circumambulation. Money donations hang from rope surrounding the stupa and donors sign family names on the red cloth below. Our donation was for a bell which we mark with family names and add to circular frames beside the stupa. 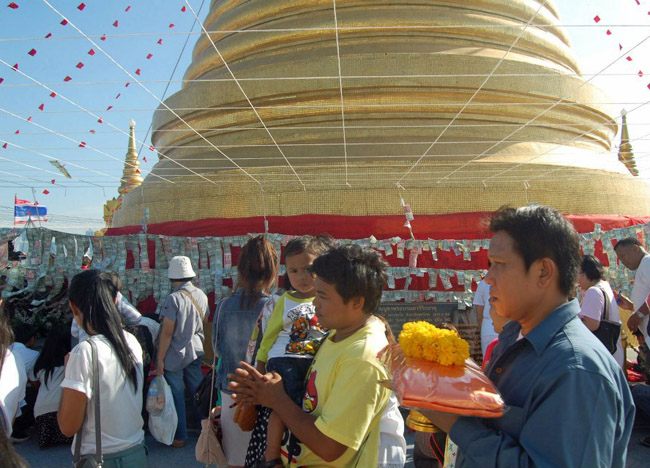 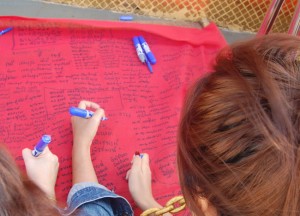 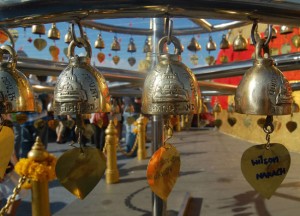 Golden Mount is the most significant of Bangkok temples however there is no obligation or sequence on the nine temple tour. You can visit any temple in any order. It is sometimes easier to visit local temples with fewer crowds. For non-Thai visitors planning to tour the popular Tourist Temples gets pricey with the added expense of entrance fees.