At the start of 2014 I made a promise to myself to overcome my fear of creepy crawlies. While in the back of my mind I hoped this resolution would pass, when it came bundled last minute with a once in a lifetime opportunity it was impossible to say no to. This last minute opportunity came from Microsoft Lumia with their #makeithappen campaign who promised to fulfill my unmet resolution by sending me deep into the rainforests of Borneo which, when it comes to creepy crawlies, few places are quite as terrifying. So the challenge begins in Brunei as I touch down in the capital of Bandar Seri Begawan. I have one night to prepare myself before I am dragged kicking and screaming to my potential doom… 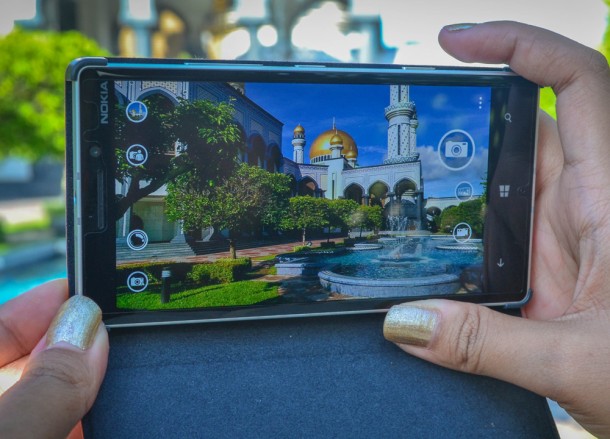 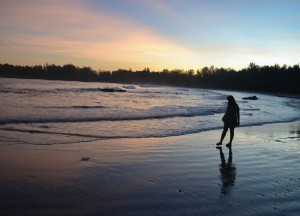 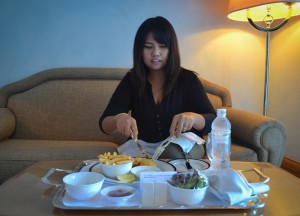 I was surprisingly calm on the first morning. I wake to a beautiful sunrise on the Brunei coast, I settle my stomach with my ‘last supper’ of fish and chips and I then travel in minivans, speedboats and longboats to reach my destination in the Borneo rainforests. The journey takes roughly four hours following winding roads and riverways through mangroves and dense jungle. At the end I find my base at Ulu Ulu Resort, which translates from Malay as “far, far away”. This is exactly where I am, now surrounded by so many creepy crawlies that the thought of it would normally bring me to tears. We are located in headhunter territory, home to the infamous Borneo Iban Tribes, who fortunately have abandoned their gruesome traditions in favour of more amiable work here at the resort preparing food, manning boats and being warm and welcoming. A nice bunch. Anyway, having my head chopped off was the least of my worries now as I can no longer escape the constant siren of creepy crawlies which surround me. 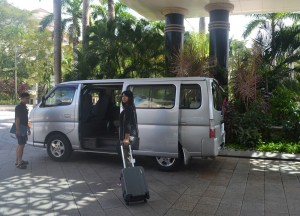 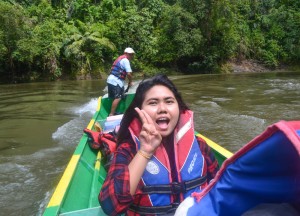 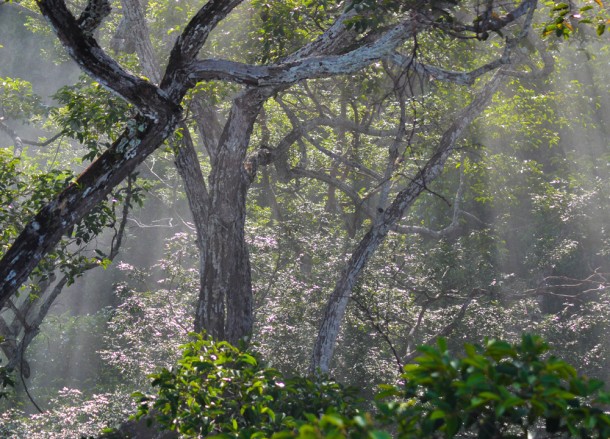 Scared of the Dark…

At the resort I manage to control my fears by staying in well-lit areas and near to the comfort of my room. It isn’t until I am forced through rainforests in pitch black darkness that my nightmares become reality. The biggest fear for me is not knowing what surrounds me and even the slightest brush of a falling leaf clenches me up, ready to run home…. but obviously I can’t. So this was on an early morning trek which starts at 5am and follows seemingly endless steps up into the rainforest canopy. This in itself is grueling but there is at least a handrail to help pull myself along. I ask the guide “Am I okay to use the handrail on the way up?”. His reply, “It’s best not to. Sometimes there are spiders and snakes on them”… “You’re joking right?” He shines his torch across the wooden rails to find a venomous huntsman spider on the post. While every inch of my being was saying RUN!!! I continue to brave on, and after an uphill clamber of almost an hour I find myself at the bottom rungs of metal scaffolding with more ladders up. At this time the sun was now rising and my fears of the rainforest fall behind with the new challenge ahead. “Has anyone failed to go up before?” “Last month a girl got to here, then started crying”. The height of the canopy is in itself terrifying, and the scaffolding to reach it doesn’t look the safest. But the higher I go, the further I am from creepy crawlies so I push on. When I reach the top, the pride and relief I feel is only outdone by the magnificence of the view. I now realize just why I pushed myself so far in conquering this fear. The views over the canopy are like nothing I could imagine. 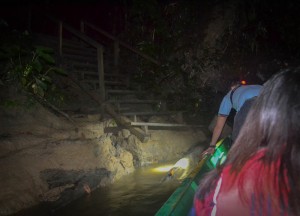 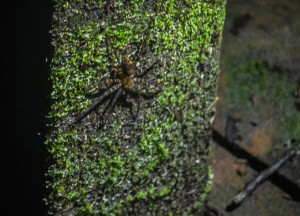 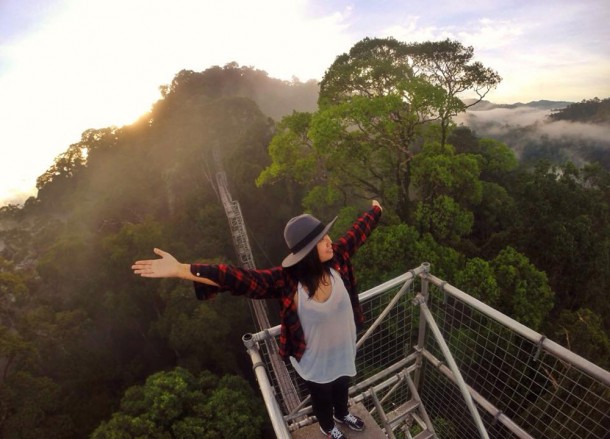 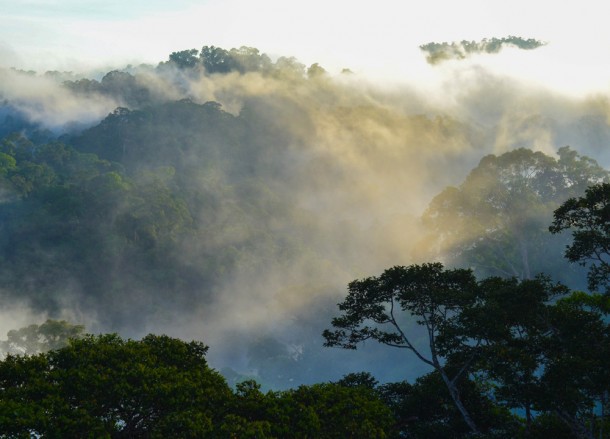 If you caught my original post on my fear of creepy crawlies you will know, before anything, I am terrified of centipedes. However the ordeals which I had already endured meant the centipede had been sidelined until now. But inevitably we do meet and when we do it is in broad daylight, during a leisurely stroll on the decking of the resort. Yes, I am still terrified, I scream and I run away. This would be my third scream of the journey, the first when a bat flew directly towards my face, and the second when a lizard fell to my head from above. And now I was cowering away because of a centipede. There was no way I would let the centipede get the better of me after everything. I come back, get up close, zoom in with my Lumia and snap photos of the dreaded thing. Normally I couldn’t imagine looking at it… even the mention of them gets me uncomfortable but now I keep looking back to the photo to see just what I had accomplished. While he’s no doubt as ugly as ever, I don’t feel the fear which I felt before. Win for Fanfan. 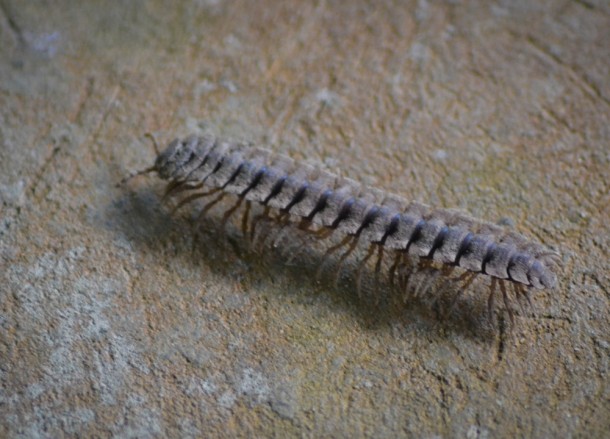 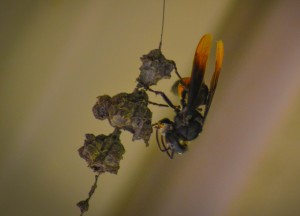 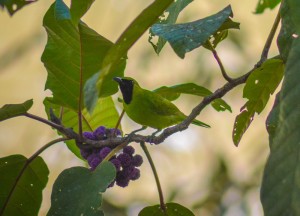 Night times in Borneo are by far the most terrifying. These are the times when creepy crawlies are active, they come out to stretch their legs, and the night walk will bring us right into the heart of them. The guide starts with a few words of warning. “If a snake puts its head up in attack mode, walk away slowly”, “if crocodiles are nearby, go straight back to the boat”. “Don’t scream as this might upset the animals and make them defensive or even aggressive”. “Tarantulas are harmless… well they won’t jump at you”.  The canopy walk was now feeling like a stroll in the park. So the trail starts just a short boat ride from the resort where we are to wade through a shallow stream as the guide points out nests, holes and lairs of creepy crawlies, like exhibits at a museum. On top of this the river is rapid and the rains are strong. To even consider the night walk took more courage than I knew existed… only for us to turn back again at the entrance, when frantic splashing surrounds the boat. The crocodiles had beat us to it, and the guide had just poked one with his stick. So this is said to be a “warning sign not to go further” and we had little choice but to speed away. While I didn’t scream at this point it was only because I was in complete shock. I couldn’t scream if I tried. While I was a little disheartened that we gave up after going so far, I was also thankful not to be eaten. The following day we return to the same area but this was during day time when all the critters had returned to their holes. We only manage to find a tarantula or two. 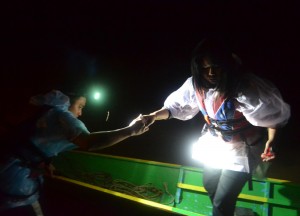 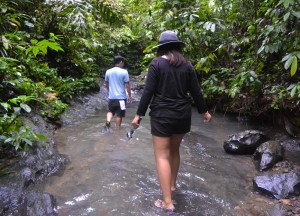 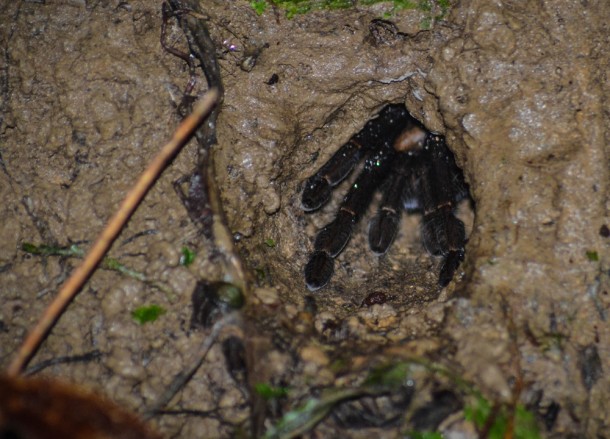 What I Really Accomplished

All-in-all the experience has felt liberating. As a travel blogger my fear of creepy crawlies has only held me back, to the point where I can’t go into forests, jungles, or even walk on unlit roads at night. So by conquering this fear I have now opened an entire new route of travel for me, and already I am planning more adventures to come 😀 While I don’t think I’ll ever quite like creepy crawlies, I now don’t feel the need to run from them. I can look forward to the smell of nature, the sounds of songbirds and the torrents of rainforest rivers which I could never even consider before. I also feel regret having not braved these fears earlier, and for all the opportunities I have missed in the past. 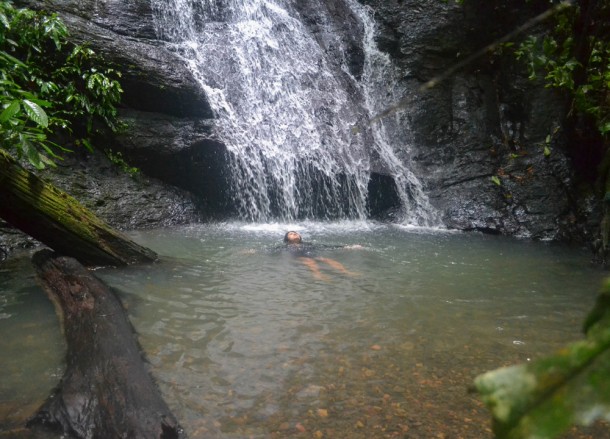 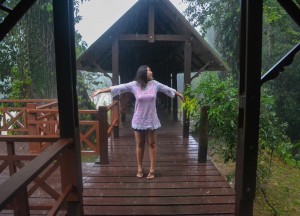 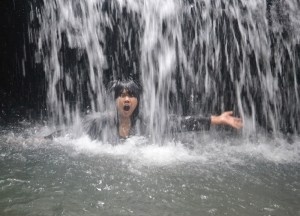 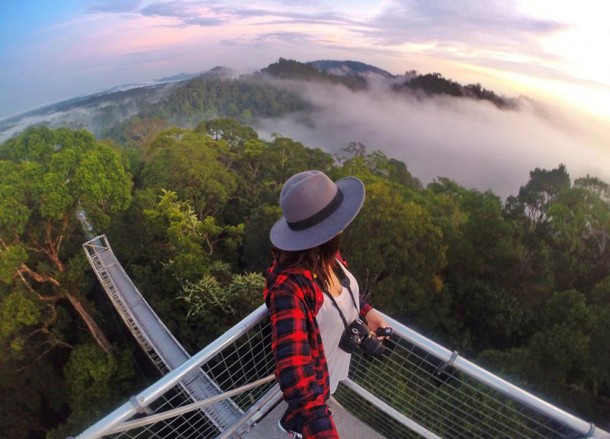 1 thought on “Facing my Fears in Borneo Rainforests”