Ever wonder what Thai people do for holiday? They fly to far borders and photograph cabbages. Is it fun? Yes, Super fun. While few may believe it Thai cultures often differ from Western perception. Many not aspiring to Westernise, with little interest in Farang (foreigners) and with the more affluent its is often the opposite. I am therefore grateful for these occasional glimpses of alternative Thai cultures. Cultures I’d barely know of if it weren’t for Fanfan and our travels with friends. This journey is our second as a group (Bali the first). We travel North in Thailand for an unplanned road trip starting in the city of Chiang Rai. Our “Journey with no Map”. Exciting right? Fanfan’s friends escaping their nine to five work hours as Architects, Nurses and Thai Industries. All of us escaping the torturous 30′ heats of Bangkok city. Climbing hills and mountains to find cooler climates. To wear cute hats, knitted scarves and feel the cold bite our skin. Oh and of course to photograph cabbages. Fanfan’s friends are a little obsessed with farming at least from my perspective. On this journey we spend a night on a farm, visit a second farm and trek through tea plantations and corn fields. I will share all at some point but for now these are our experiences with Rolling Mists, Giant Bugs and Cabbages. Experiences in the Phu Chi Fa mountains of Northern Thailand. 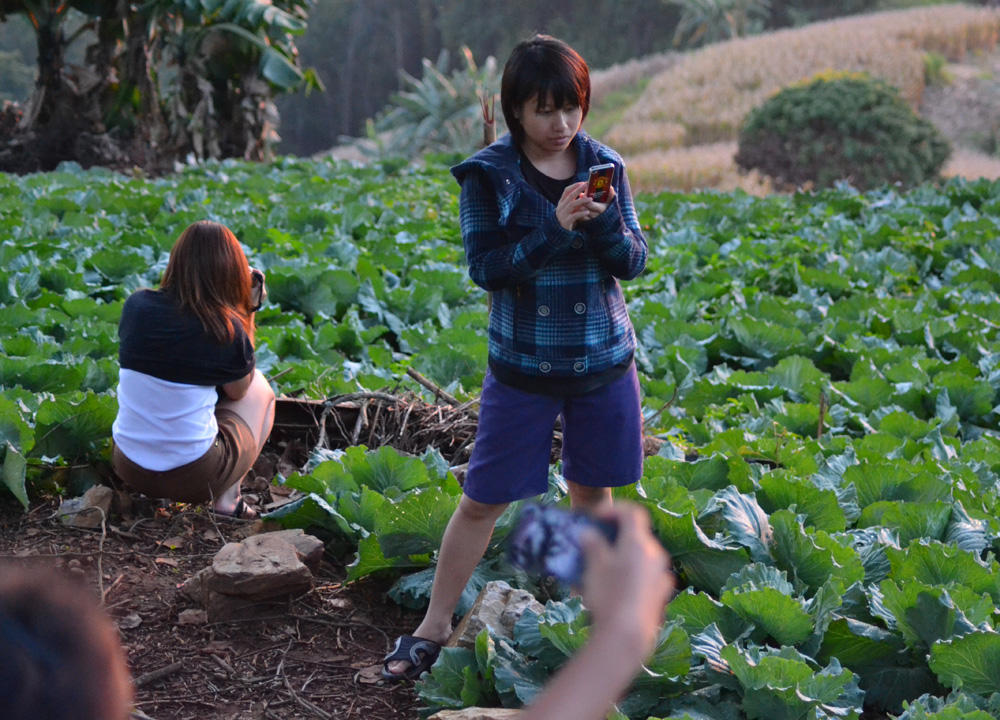 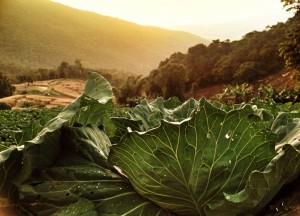 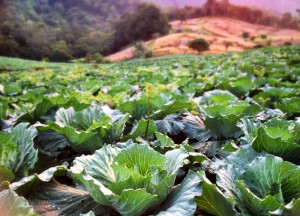 After the excitement of cabbages we climb the hills to reach our cabins for the night. As we do, coming the opposite direction a frantic boy appears flapping at what looks to be a toy helicopter bobbing up and down in front of him. The girls scream and scarper to the roadside as a giant flying beetle passes by. A beetle the size of my fist. The boy gains on the beetle, snatches it from the air, attaches it to his arm and jumps into a pickup truck which had followed slowly beside him. Completely weird. To me it felt like a scene from Pokemon – watching Ash take down a Heracross (yes I know my Pokemon). The Beetle here is a Duang Kwang beetle often better known as the Siamese Rhinoceros Beetle. Beetles which are hunted, kept as pets and later put to battle (Pokemon…). This was my introduction to Duang Kwang. More encounters would come. Next up were smaller Beetles (still huge) bashing our cabin window bap, bap, working hard to break the glass. Wings whirring like a revolving fan. Again completely surreal. This went on for hours before turning off the veranda light when they disappear. Yes Duang Kwang are attracted to light and having known this earlier we may have enjoyed some sleep. The following morning we wake to more Beetles. This time our giddy driver waits in anticipation like a school kid excited to show off his own tiddly catch (pictured). Coloured like a conker, bagged and ready to fight in the Lanna Beetle Festival. Ready to be squashed by the monster from the previous night. 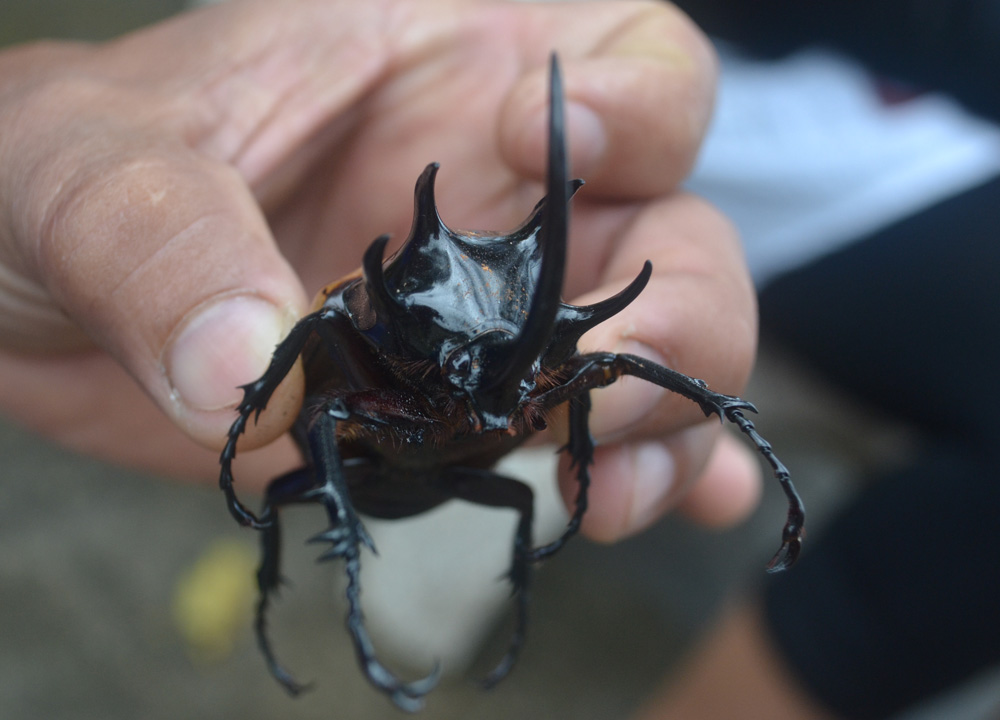 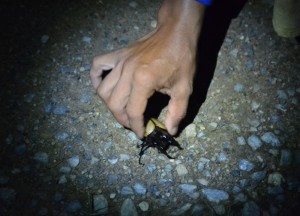 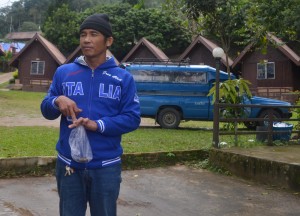 The Seas of Mist

As arranged (in Thai) the previous night we were to be ready for a 4am sunrise. Crazy but doable. At 4am I am ready for sunrise. Scruffy and irritable but ready. It’s not until we reach the mountain when I’m told the sunset was from the top. Obviously I wouldn’t have scoffed a big bag of Cheetos knowing this. To reach the Phu Chi Fa mountain top there is a 1km trek up. Simple but surprisingly tiring at this time of the morning. It is in no doubt worth it. Spectacular views. Phu Chi Fa is famous in Thailand for “seas of mist” where clouds climb up and over the the hills below. Rolling through the valleys. Phu Chi Fa is easily one of the highlights of Chiang Rai and Northern Thailand. It is also miles from the tourist track but still simple to reach by self-penned tours. 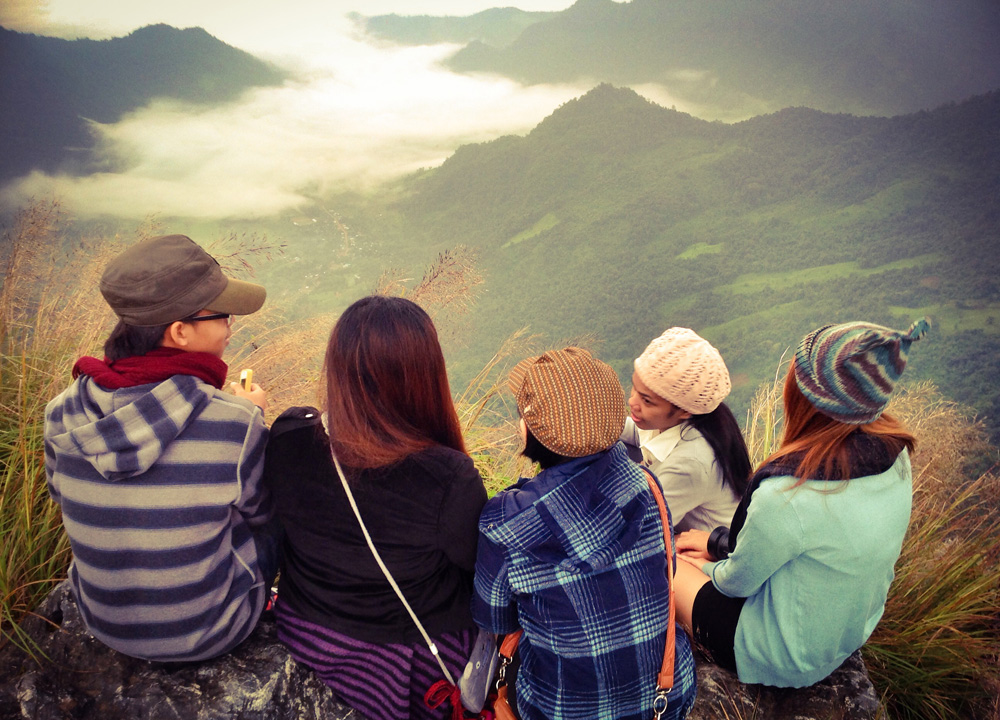 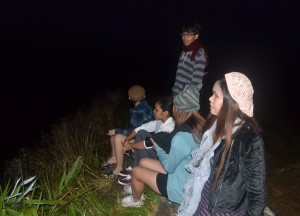 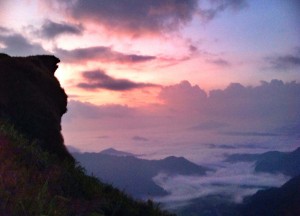 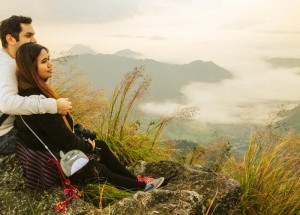 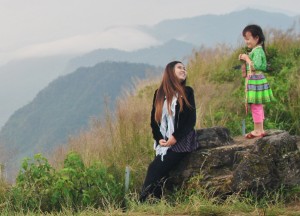