For those new to FamilyMart they are a Japanese convenience store franchise chain popular throughout Asia. Last month we in fact spent two weeks travelling in Japan and we each day would start and finish at the local Familymart picking up snacks and whatnot. They’re convenient, and prices don’t change from one shop to the next. Similar to the more common 7/11. They are safe, reliable and honest, and the chances of being ripped off are next to none, until today when we arrive to Patong in Phuket. The phrase “Only in Thailand” comes to mind. So after check-in at the hotel we do the usual pick-up of snacks at the local FamilyMart and, too lazy to grab a basket, I do the shopping in two. I am the only person near the tills so I bring the first batch of snacks to the counter, then run quickly to grab beer and water from the fridge. When my back is turned I hear the tills beep again, twice, maybe 3 more times. Mine is the only till active. I look at the digits on the till when I get back and the last item scanned cost 25 Baht. Nothing that I bought cost 25 Baht. The total comes to 408 Baht. I calculate the actual price in my head and it is no more than 350 Baht. I ask the girl to start the scan again, but she refuses and asks her friend / coworker over to help. Her coworker looks it over and says the beer was charged twice. This doesn’t fit with the 25 Baht shown on the till, but I go along. So I ask her to start the scan over again, but she can’t. Instead she writes it up on a calculator. It was a similar price to what I expect, so I pay. Outside I recalculate everything but it is still wrong. To clear things up I return and ask for the receipt which they hadn’t given me. This is the only real evidence so they refuse and ignore me. I ask to speak to the manager, but they don’t understand… They continue to ignore me. In total there were three workers, none offer any assistance, and at least two of them are in cahoots on the scam as they were both stood behind looking at the till. I take out my camera snap a mugshot and leave. 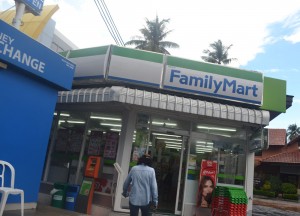 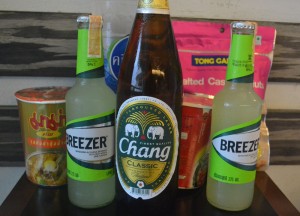 This happened little more than two hours ago, and the reason I am posting this now is because I don’t feel safe. Sounds stupid right, but these parts of Thailand are renowned for mafias and mafia related scams. People often find themselves in ‘accidents’ or disappearing. Maybe I could tell the police? Ha 😀 The girls are probably just petty till thieves but who knows what lengths they might go to save there jobs, since they now know they’ve been rumbled. Note, I don’t think there is ‘a hit’ out on me but confrontation or threats can quickly escalate, and Patong is just not worth the risk. People die for the silliest of reasons in this country. I remember, not so long ago near my condo in Bangkok, a fella from the US was chopped up with a sword for arguing his taxi fare. Murdered over a few Baht. When it comes to losing a business, and maybe 3 or more jobs. This is a precaution more than anything. The beach area here is surprisingly small and I have to pass the FamilyMart en route to everything worth seeing. We have decided to leave Phuket tomorrow, and have booked flights out. Having come this far however, we do plan to spend at least one night on the beach and I’m posting this before I do. In many ways I regret photographing them, or even confronting them, but hundreds of tourists would likely pass through their doors each day and how many of them do you think get scammed. Anyway, my initial thoughts of the area aren’t great; it’s all overpriced, there’s a lot of hard sell tuk-tuk drivers, then there’s Indian fellas who keep trying to force feed me cheap suits “Alright Boss”… For now I’ll stick to my seaview balcony drinking beer and eating mama noodles (classy as always). At least the beaches are cleaner. (I am now back on the mainland and have forwarded the images and issue to the head offices of FamilyMart). 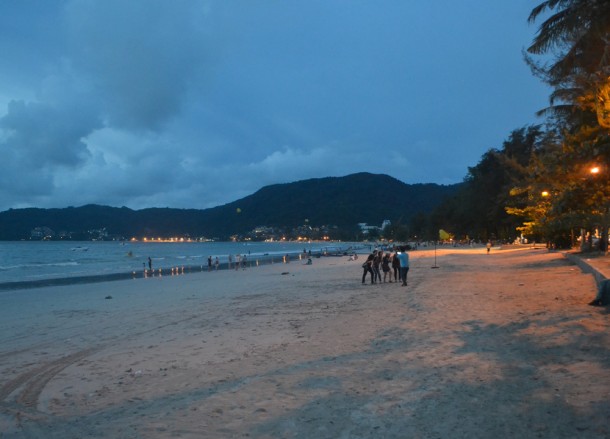 11 thoughts on “Scammed by a Rogue Phuket Familymart”