I never could decide whether I loved Red Garden Food Paradise, or hated it. For me it was always my favourite last resort where, if I were unable to afford the rib-eye Rendang at Kafe Mews, or was too tired for Chulia Street’s street food bustle, I would likely be at the Red Garden. So, after a circle of the block, I will always find myself at the Red Garden Food Paradise, peering over a big bottle of cheap beer, and indulging in the weirdness that the place beholds. I would be surrounded by cheap food, plastic tables, flashing lights and garish ballads. What’s there not to like. Ok, it does all sound horrible, but there is something just so quaint and awful about this place, that keeps me coming back. Just watch below. I admit it does have some of the most perfect people watching possible but there is more to it. 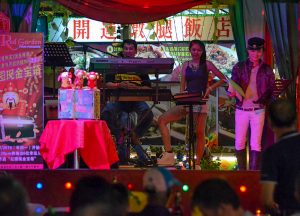 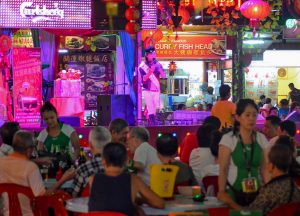 Is it a Food Paradise?

When in Penang I will typically troll through the Indian mamak restaurants, such as the nasi kandars and the roti stalls, but this only entertains me during daytimes (and maybe on the way to the hotel after a night out). This is because mamak food is all Halal, which means no alcohol. And I do like my alcohol. Fortunately, at the Red Garden Food Paradise, they also have similar Indian food, which isn’t surprising given it is the ‘Largest Food Paradise and Night Market’ in Penang. There is an astounding variety of foods (which comes Georgetown) including the exciting mix of Malaysian food cultures in Malay, Indian and Chinese. It offers an easy introduction to the cuisines. But then there are also foods from neighbouring Thailand, and even further afield through Asia to Japan. Make your order at the kiosks, give them your table number, and the food will be delivered to your table. And, while it may not be top-notch eating, it is cheap. 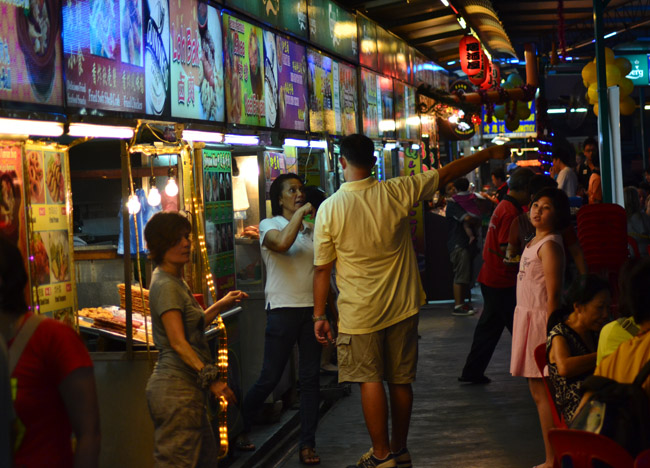 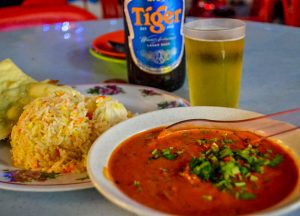 So the Red Garden Food Paradise isn’t as touristy as expected, given the main backpacker streets of Chulia and Muntri are pretty much on its doorstep. But I find the backpackers and tourists generally stick to their own streets, and their usual generic western music, cafes and bars. They’re not so interested in the nightlife of these quaint locals, which is what the Red Garden Food Paradise is all about. You will find the occasional tourist table, or two, but the remainder are almost always occupied by locals. The live music will likely be Asian ballads, or western karaoke, performed by eccentrically dressed local artists, and occasionally (almost nightly) there will be renditions of Happy Birthday. This is where some lucky folks go for their special occasions. Then there will be me, sitting behind my ice bucket and beer, just indulging in the weird. I guess I do love the Red Garden Food Paradise. 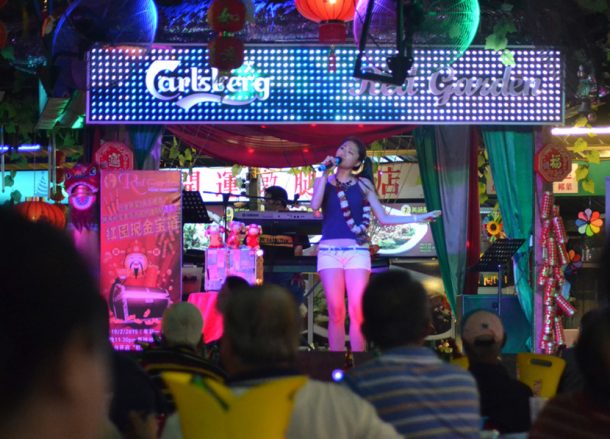