For the past two nights I’ve been staying in the Riad Star – the former home of 1930’s vaudeville star Josephine Baker in Marrakech. Baker dropped out of school at the age of 13 and lived as a street child in the slums of St. Louis, sleeping in cardboard shelters and scavenging for food in garbage cans. By 1934 she was the first black woman to star in a major motion picture and the most famous woman in the world. If that wasn’t enough, she is also noted for her contributions to the Civil Rights Movement, refusing to perform for segregated audiences in America. Why is all this important in a hotel review? Well, when it boils down to it, a hotel is essentially just a few walls, a ceiling and a bunch of stuff put inside. So what makes one more desirable than another? More walls? A higher ceiling? Nicer stuff? Nope. It’s the feeling you get when you walk inside a place, and the story it tells. 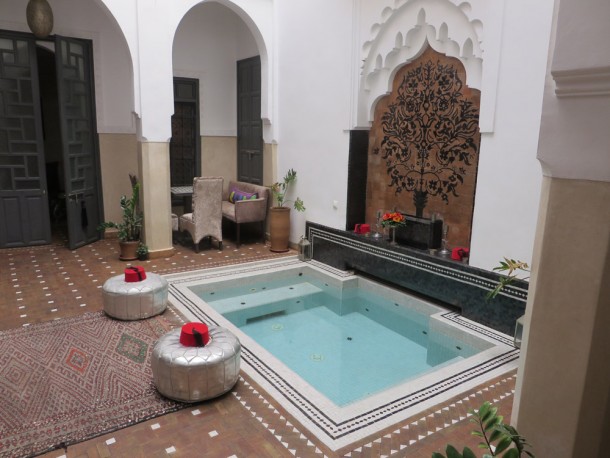 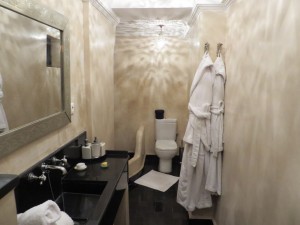 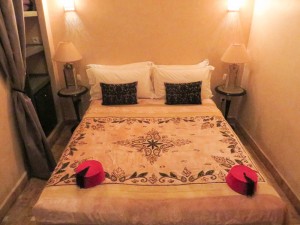 There is no sign outside the hotel, no mention of its name. Just the number 31 and a doorbell. Yet while the outside is nondescript, the inside is anything but. Seven uniquely decorated rooms organised round a small internal courtyard, with the whole place decorated and themed around Josephine Baker’s life. Now, I’m not going to sit here and pretend to be some sort of authority on ragtime and jazz music from the turn of the last century (ask me about pop punk from the 1990s or some weird genre of electronic music and I’m your man) but there really is something about playing some of Josephine’s music while you are a guest at the hotel. As I sit writing this the lights are dimmed and I’m listening to her sing in French, sitting in a room that she used to sit in. It’s not often you get to stay in a place that is part of history, and get the chance actually become part of the story itself. 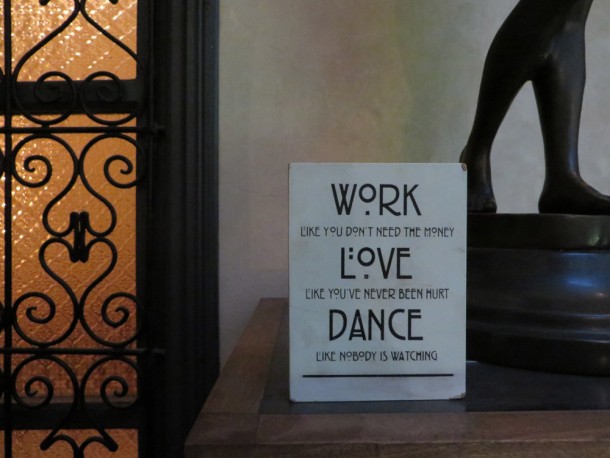 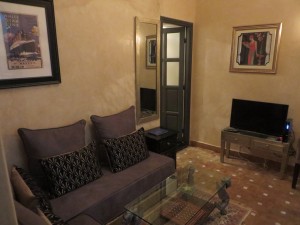 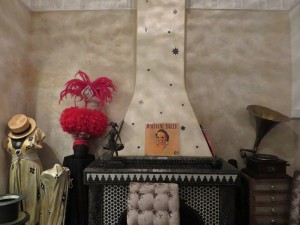 The hotel is very good. It’s small, boutique and as elegant as the woman it celebrates. My room felt like a small apartment, with a separate seating area and bathroom including ornate silver mirrors and black granite countertops. Rates include a breakfast of eggs, yogurts, flatbreads, fresh fruit/juice & honey. I also opted to pre-order dinner for when I arrived, with the cook going out that day to buy fresh ingredients (three courses: £16). Lamb tagine with prunes, side dishes including green beans with olive oil and rice with almonds. The lamb had been cooking for hours, bone marrow and all. C’est magnifique. 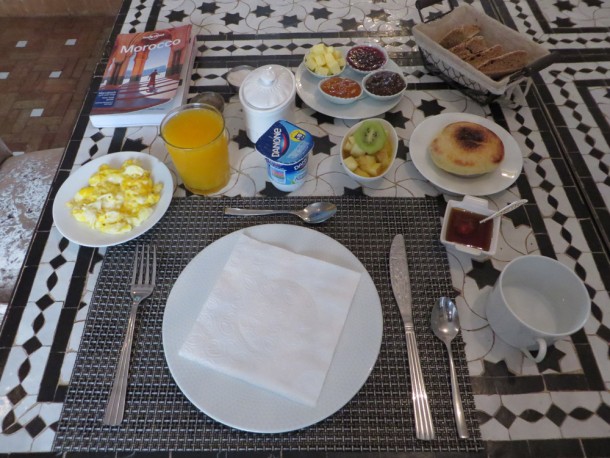 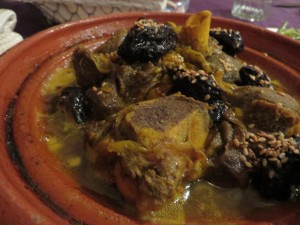 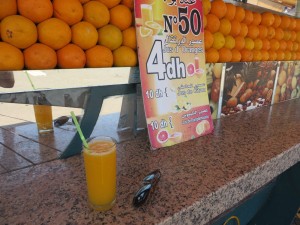 Marrakech’s Medina. The maze to end all mazes.

“Turn right, then left, then left again, then right…” As my host Aziz spieled off directions I stopped listening after about three seconds knowing I was destined to get lost. Fortunately, the hotel gave me a mobile phone with a list of stored numbers in case I somehow ended up in Tangier. Turns out I didn’t need it, and exploring Marrakech’s sprawling medina is easier than it looks. Carpet shops and fruit sellers along the way acted like breadcrumbs with me remembering which shops I passed earlier in the day and which I hadn’t. A word of warning, always act like you know where you’re going as the minute you stop to look around someone will be over trying to a) show you the way or b) tell you that the way you are going is wrong. Ignore them, as they only want your money. Just walk, and if you get lost, get lost. That’s half the fun. Marrakech is a madhouse, but that’s why you’ve decided to visit here, isn’t it… and why it’s nice that a place like the Riad Star exists to help you escape the insanity. 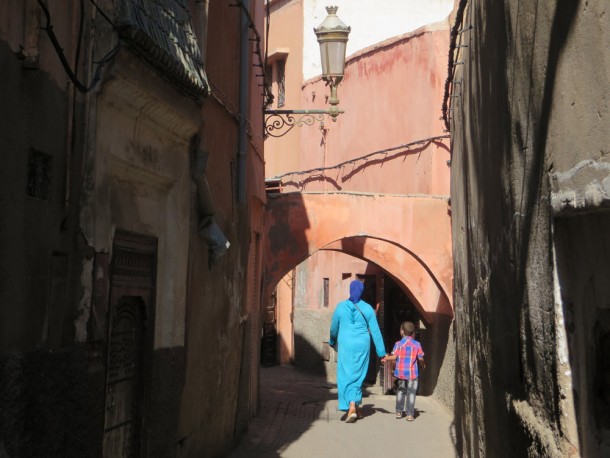 2 thoughts on “Reliving history at the Riad Star, Marrakech”