Our visit to Resorts World Genting felt more like a sneak peek of what’s to come, and while there’s more than enough to keep us excited through the short three days of our stay, there is still a whole lot more to come. Most notably the world’s first ever 20th Century Fox theme park (Alien vs. Predator should be good) which is penned to open by the end of this year. But even now Resorts World Genting is like a city in itself, and while it is best known for its casinos and the largest hotel in the world (First World Hotel with 7,351 rooms), the main draw for me is the escape from unrelenting heats in the lower lands to the cool, clean, and refreshing airs of Malaysia’s Highlands. And even after three days, I would still get lost in the resorts rather massive Sky Avenue Mall, which connects all of Resorts World close-knit hotels and attractions. Where our base for exploration was the newly renovated Hotel on the Park which would be best described maybe as young and whimsical, and is oriented towards families and groups visiting with fun-filled itineraries. 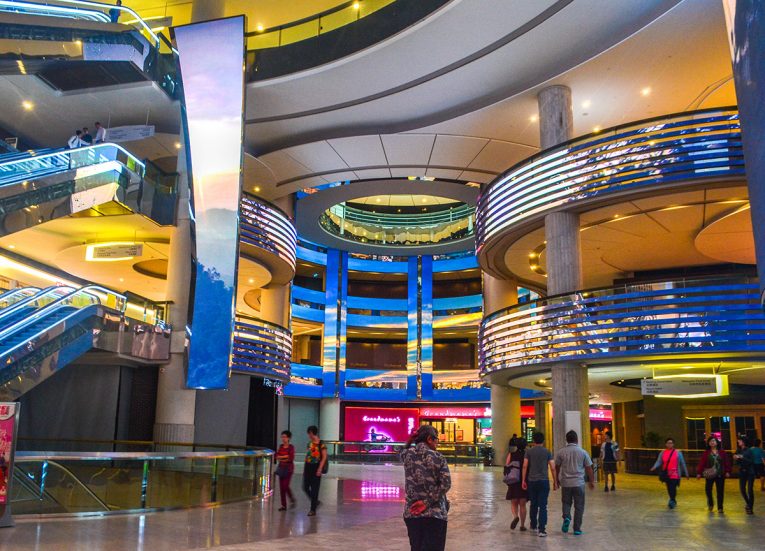 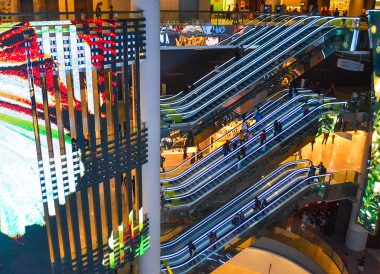 It’s really quite simple to reach Resorts World Genting from Kuala Lumpur (30mins out) where big buses leave both airports and the various bus terminals throughout the city. And the cost is typically no more than a couple of dollars (booking here). I would also suggest travelling via the Awana Skyway Station where a 10-minute cablecar ropeway transcends to the final stop at the resort’s rather massive Sky Avenue Mall (full post here). Also, to make the experience more terrifying, watch as your feet dangle above rainforest canopies and terrifying drops in the glass bottom gondola. It’s almost worth the visit alone. At the midway point of the cablecar there is a must-see attraction in Chin Swee Caves Temple, which is hard to miss with its towering 9-storey pagoda and 15-metre tall Buddha statue, watching over the surrounding Sky Terrace. And the temple does feel surprisingly local, despite its far-flung location, where we arrived to a busy scene, with rattling Chinese fire crackers, and the smell of burning incense and joss paper as locals make offerings to ancestral spirits. So overall it just felt somewhat enchanting when shrouded in mountain cloud (video below). 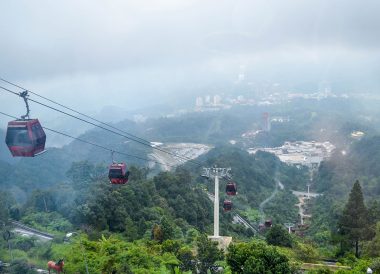 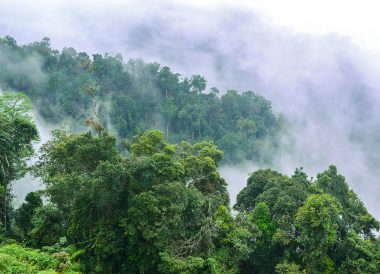 The sheer range of restaurants at Sky Avenue will make the choice of eating extremely difficult, and to name some of the more noteworthy there is Motorino Pizzas (its hard to say no to pizza), Din Tai Fung (the renowned Taiwanese dumplings), or maybe just a local steamboat, which are kind of hot-pot synonymous with Malaysia’s highlands. But on our visit, we opted for Burger and Lobster, because I like Burgers, and Fanfan likes Lobster. And we find the best of both worlds to indulge in a rather fancy surf-and-turf (full review here). But our decision was not so much for their downright delicious burgers, but for Fanfan’s order of ‘Chilli Lobster’ (below) served in a signature brioche, similar to the renowned Chilli Crabs which are famous in this region. Where crab and seafood are a must on any visit to Malaysia (like Singapore). So it was an easy decision really. And the sauce (I am near sure) is a tomato based brioche, sweet and savoury, with a fantastic fiery kick of chillies which gets hotter on every bite. It’s just really good grub. And while ‘Burger and Lobster’ originates from London, the Chilli Lobster recipe is specific to the Resorts World Genting branch, so again it brings the best of both worlds. There is always the worry in resorts, that you won’t find “authentic” local flavours and foods, which is where the Malaysian Food Street at Sky Avenue comes into play. As this indoor food court shares a rather extensive range of “hawker stalls” which seemingly covers the entire spectrum of Malaysian cuisine. All under the same roof. And this would definitely be our recommended stop for anyone new to Malaysian food, as it really is one of the most diverse and delicious mixes of foods you’ll ever find. And while all local Malay staples are seemingly there, such as the famous Curry Laksa and humble Nasi Lemak, the range goes much further, with cross cultural Indian Thalis, Chinese inspired Hainanese Chicken and Hokkien Mee, and of course the region’s favourite amalgamation in the fish head curry. It honestly hosts some of Asia’s best eating, and it would be silly to visit Malaysia without checking them out. Resorts World does seem centred solely on fun at times, and I’ve been a bit of a dork of late, so my intrigue inevitably takes me elsewhere, for some cultural exploration at the Art & Cultural Expo at Senikome Peng Heng. And this maybe because I have spent too much time in this region now being clueless, where as a blogger I really should start learning what things actually are. And Malaysia would be the obvious next step for me, now that I am well versed in Thai tradition by now. But it was also good/embarrassing to find that what little I did know, I was pronouncing completely wrong. Like in food I was bumbling through words like Ais Kacang, Nasi Campur and Teh Tarik, whereas food is kind of my wheelhouse. Anyway, modern Malaysia is very different to pre-colonial times, and it’s really quite fascinating to see how the indigenous life on the Peninsula contrasts with the big cities and endless palm oil plantations which took over. They really are worlds apart. Also, for fellow food fanatics, try out the connecting ‘East Coast Cafe’s’ Nasi Kerabu for some authentic old school grub. 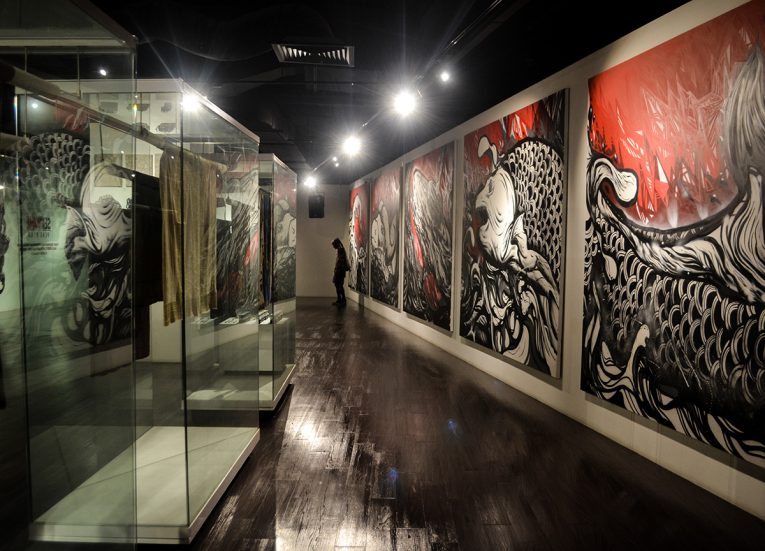