I don’t feel I need to sell Ireland’s iconic coastlines, as the backdrops of massive movie franchises like Star Wars, Harry Potter, and of course The Game of Thrones, have long beat me to it. Then there is the Wild Atlantic Way which is continually shown as one as the best drives in the world. But Waterford does get a bit of a dud deal in this respect, where it is found on the rugged southern coast of Ireland, and is the cut off county of the hugely popular tourist route on the west. So the coastline doesn’t quite get the same exposure as its neighbours. But this doesn’t mean the coastline is no lesser steeped in natural beauty, and for me Waterford is more like the finish line of the Wild Atlantic Way, and the Cliff House hotel is without a doubt the winning trophy, before the last stretch back to Dublin airport (2h 30min drive). Although for us it just made the ideal escape for Fanfan’s 30th birthday as we travelled down from Belfast, with a short overnight stay in Kilkenny along the way. 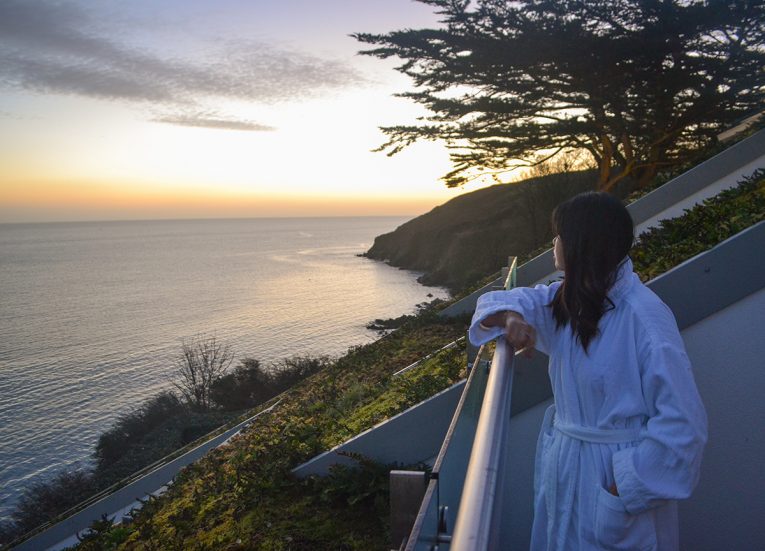 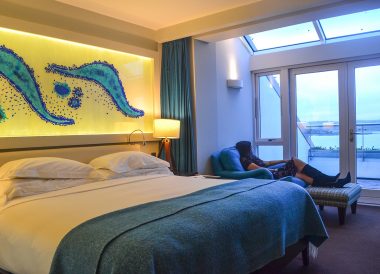 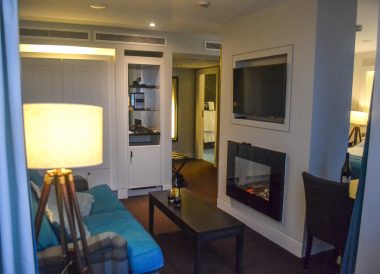 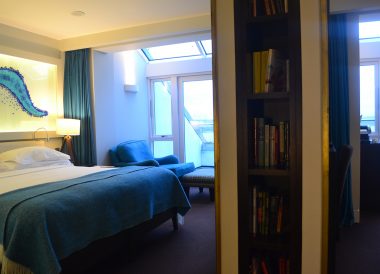 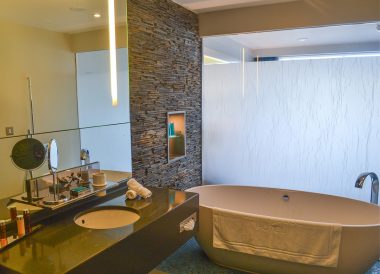 Weatherwise we really did get lucky on our stay in February, with blue skies, calm seas and romantic sunsets. Then again I did almost wish for the blistering winds, and wild Atlantic waves crashing on the rugged rocks below. Because miserable weather is much more enjoyable when sipping wine by electric fireplaces (there’s two of them in the room), or while covered in soft bubbles in the standalone bathtub. Which are very rare luxuries along Ireland’s coastlines. In fact I have spent more than half my life along the shores of Ireland (living in Bangor), and you’d be surprised just how hard it is to find a comfortable and relaxed spot to actually enjoy the coastal scenes here. So there really is nowhere quite comparable to the Cliff House Hotel (a planning issue I guess), which is just a masterpiece of architecture perched on the side of a cliff, over rugged coastline, and is a bit like Tony Stark’s mansion or a Bond villain’s lair, only much more friendlier and welcoming. 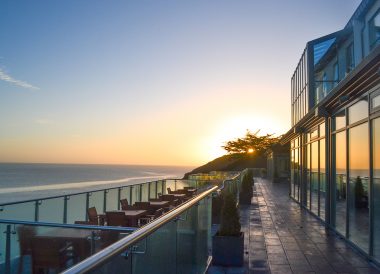 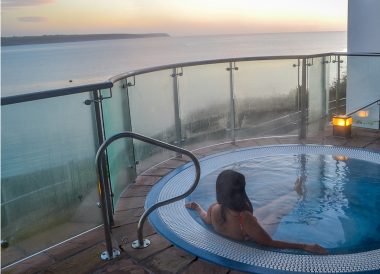 There is always the Michelin Star option at the ‘House at Cliff House Hotel’. But I am personally apprehensive when it comes to this level of fine dining, in case I don’t like it. “Am I broken?”. Either way there must be a fine line between the restaurants as at the Cliff House Bar and Restaurant the food is just rather fantastic. Although we are more used to the ‘tapas’ style eating in Asia these days, making set menus, and 3-course meals, just a little bit daunting, to the extent where I no longer feel I could finish them (coincidentally the last 3-course meal I remember was 3 years ago for Fanfan’s birthday above the skylines of Bangkok). But if there ever was a time to challenge ourselves, it was here, as the set 3-course menu are just very reasonable prices at 45 Euros (Feb 2018). With the option of pared wines which we forego for bottles. Anyway, the food is as amazing as it looks (below) and the lamb literally fell off the bone when I poked it. 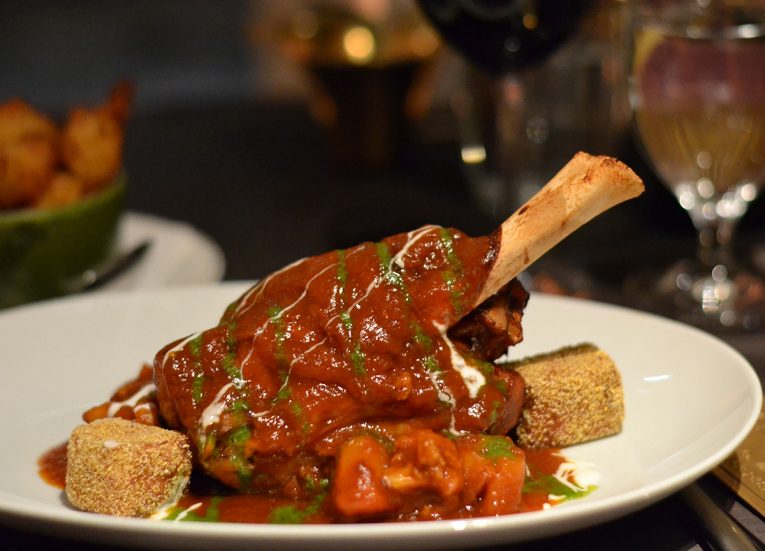 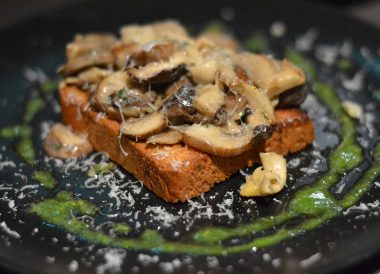 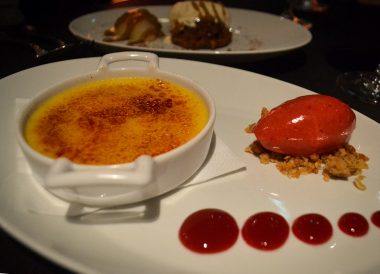 I was never quite sure if I was going up, or down, in the hotel, as each floor opened out to different levels of the building, sharing the same fantastic views out to sea. Which begins from the moment you step into the foyer. And I think is a privacy thing, where balconies and views are designed not to overlook each other, and (I think) the restaurants, pools, and spa facilities are found on the near half of the building, away from the residents. And the pool is no doubt one of the highlights of the hotel, as it has a floor to ceiling window perfectly framing the views outside, and we even forced ourselves down early to watch the sunrise from the terrace jacuzzi. For breakfast we then had the option to dine in the guestroom, set on the balcony if you like, but was somewhat desperate to explore the hotel more, after two intense Indian Ristrettos, and an Espresso Forte (in-room Nespresso machines are my new favourite thing), so again we dine with more amazing views out to sea. 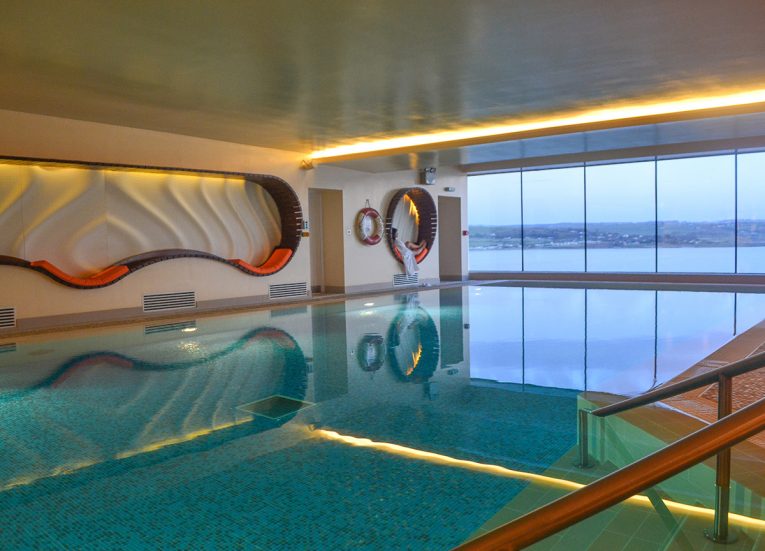 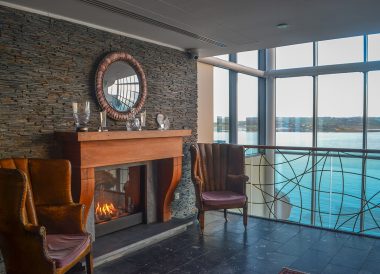 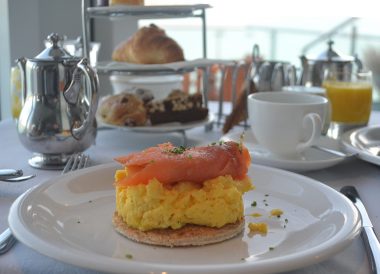 The hotel is actually the start and finish of the Ardmore Cliff Walk, one of the main tourist attractions in the region, and while we didn’t quite complete the 4km walk ourselves (we were making the most of the hotel) the ruins of St. Declan’s Well are little more than a stone’s throw from the front doors. In fact it is where we put the drone up for much of our footage. From St. Declan’s Well, which is also an ancient pilgrimage site (24th July each year), a path then hugs the cliff side coastline along an easy-to-follow route of waymarkers, before looping back round towards the village. Before reaching the coastline again it will pass Ardmore’s Round Tower and 12th Century Cathedral, which is one of the first known Round Towers in Ireland. But in all Ardmore is just a rather cute and compact Irish fishing village with lots of stunning coastal scenery and charm. 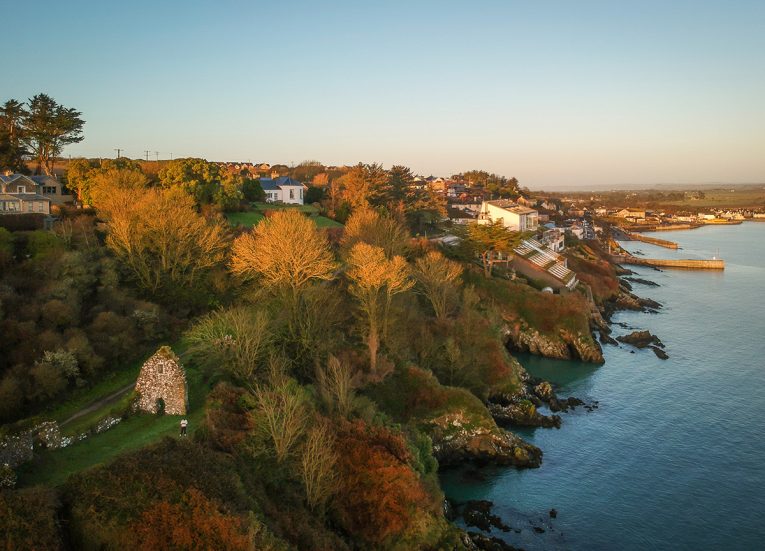 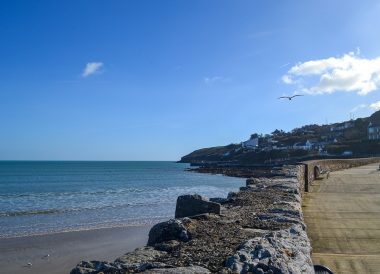 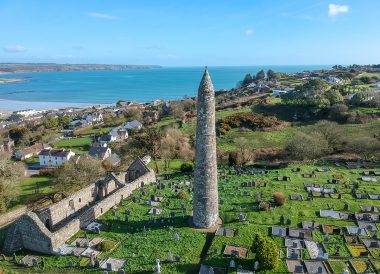