I can’t think of anything less appropriate to decorate a kids playground than massive carvings of various sex acts. But this is what I found at the new Buriram Castle outdoor mall, in Buriram, where twelve plinths in total, reading almost like a Thai Kama Sutra, surround the perimeters of a kids sandpit with its super fun pirate ship climbing frame. Because, Thailand. And while I don’t think I’ll ever quite understand why these plinths have been placed here, there is apparently some meaning to them otherwise. Rather than to just share the joys of carnal jollies with the children. Because, mythology says, that each sex act will ultimately influence the occupation of the resulting child, following impregnation. 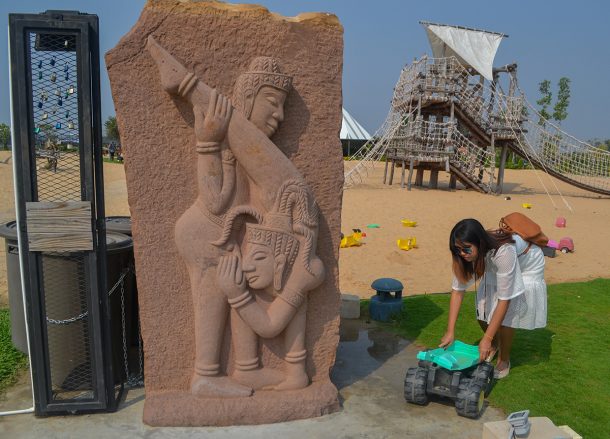 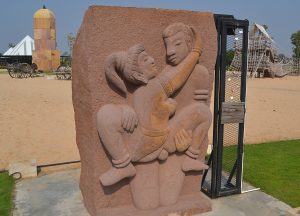 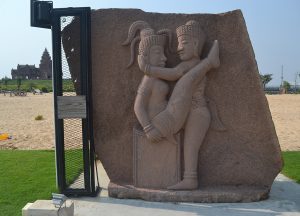 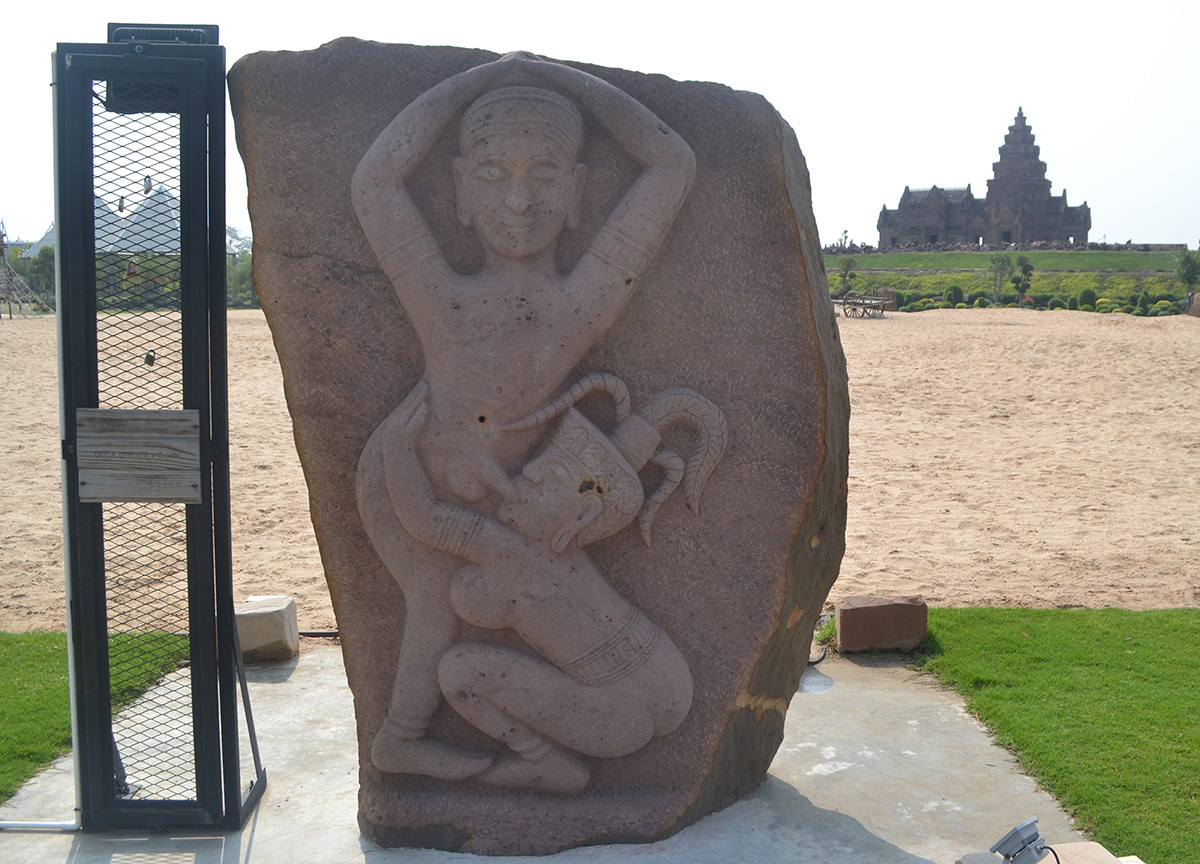 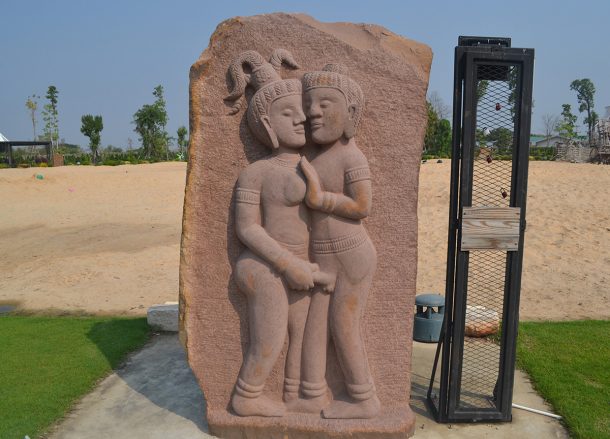 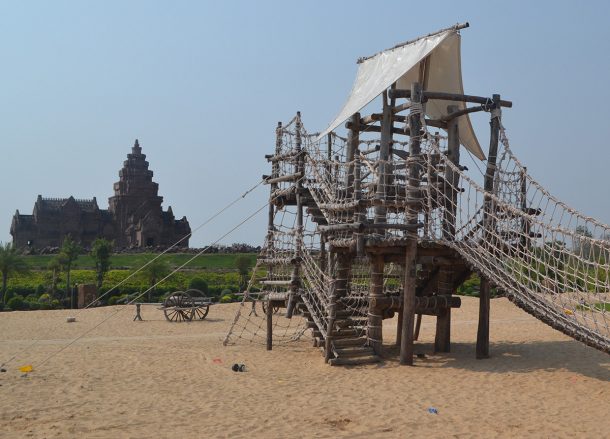 But I personally find that Thai people are traditionally more prudish than the stereotypes shared by westerners, who barely see past the ping-pong shows, and seedy streets of big cities and tourist resorts. In fact the conservative cultures of Laos would probably be closer to that of these parts of northeast Thailand. And this somewhat unnecessary erotica comes more from the Khmer influences found here, where, more or less, they worship the penis of the God Shiva. But this is ancient Hindu culture, not local Buddhist culture, and penises are often brushed over in modern times using old-world lingo like leungs, and lingums. As people prefer not to highlight the significance of these big stone penises which are found throughout. So I guess this new park is embracing these old-world traditions, albeit in the worst place possible. And right next to the park is a replica of Phanom Rung, the ancient Khmer temple and pride of the province, which centres around a majestic stone phallus of Shiva. And now the same goes for this playground where, smack bang in the centre of the sand pit, is a towering and proud stone penis, or lingum, or leung, whichever you prefer. 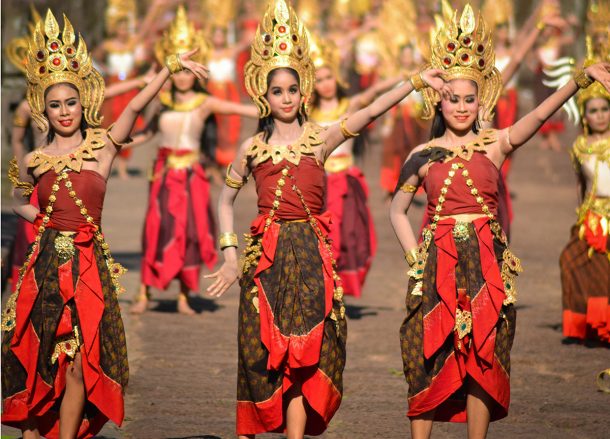 This park is about as unlikely as the place where it is found, in Buriram, which was little more than a dusty concrete sprawl in the middle of nowhere until recently. But, after big investment in establishing as Thailand’s “City of Sports”, this otherwise unknown and forgettable city, has been put on the globe as a new, vibrant and dynamic city, or at least in parts. This project was forefront by one of the province’s richest men, who coincidentally is a former politician, now banned from Thai Politics, as politics and wealth generally go hand-in-hand in Thailand. But he does deserve his kudos in Buriram as he somewhat single-handedly built the Buriram United football team which, against unimaginable odds, have become champions of the Thai Premier League for the past three years, and rank in the top ten clubs in Asia. Their stadium “Thunder Castle”, which sits just next to this sex park, is also the largest football stadium in all of Thailand. Then, not being enough, a Formula One racetrack, which has already hosted major international Motorsports events, was built right next to it. And this race track will potentially host the Formula One and Moto GP in the future. So, expectedly, these stadiums do feel somewhat lost, and lonely out here, on the outskirts of a small rural city of just roughly 200,000 people. As it is surrounded by rice fields, and more rice fields, where Bangkok, the closest noteworthy city, is four hundred kilometres away. But I feel that the overall unlikeliness of the city is what brings its appeal, although I’m still really not sure about this unorthodox sex park. 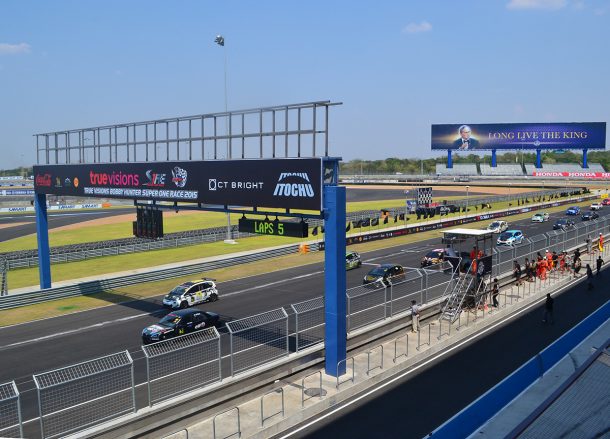 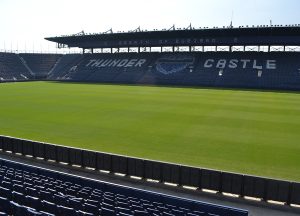 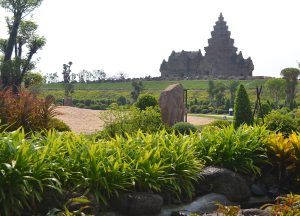