For those new to Hot Pots… they can be a little confusing. While cooking and preparation remain simple and similar it is the variations and ingredients which complicate. Variations from across Asia including China, Korea, Taiwan, Thailand… all found in most major cities. For this post I will stick to the popular Japanese Hot Pot called Shabu-Shabu (or Swish-Swish) and use my local Shabu-Shabu restaurant as an example (Shabu King, Prasarnmit Plaza, Sukhumvit 23, Bangkok). Shabu-shabu will likely differ between restaurants. Some more authentic than others. This is far from a definitive guide to Shabu-Shabu and more of a tasty example.

Shabu King offer three broth options. The popular sweet and rich sukiyaki broth (black soup), pla o fish broth (clear soup) and a kimchi broth (red soup). We chose the sukiyaki and kimchi broths in a a split pot (yin-yang hot pot). For preparation throw in the veg and bring to boil. To cook the meats hold or  ‘swish-swish‘  in broth until cooked. Choice of meats come thinly sliced making simple to cook. While meats are traditionally cooked individually in the broth there you can also take the (my) lazy option of throwing the lot in and eating as a soup. 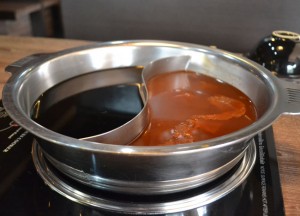 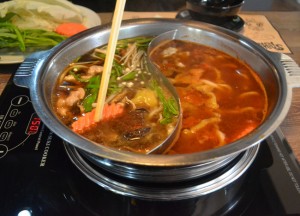 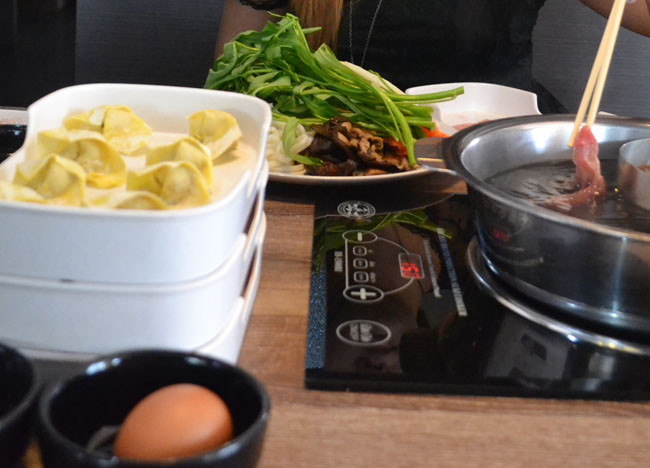 Shabu-Shabu come with tasty sauces for dipping cooked meats. Three dips at Shabu King include; chilli sauce, soy sauce and raw egg (raw egg for dipping sukiyaki cooked meats). They also have optional side ingredients to mix the perfect dip. Lots of garlic and green chillies in mine. 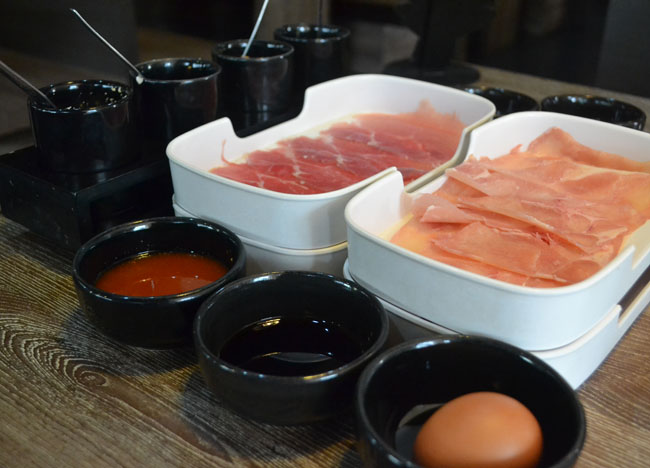 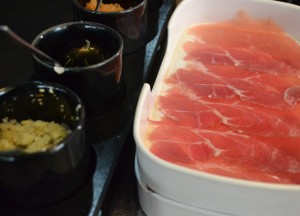 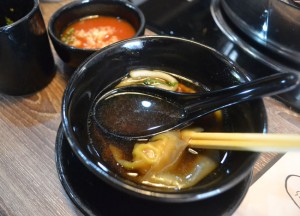 While Shabu-Shabu restaurants offer a la carte menus most eaters go with the all-you-can-eat buffets. The price for all you can eat buffets range between meat selections. From basic pork slices to well marbled imported beefs. For buffet prices at Shabu King check the Shabu King online menu. We order the cheap option of 290 Baht for Shabu Mini. Included in the buffet are all-you-can eat meats and dumplings and a bar of veg, mushrooms and noodles (Udon noodles the favourite). The buffet also includes unlimited drinks and icecream. Tasty. 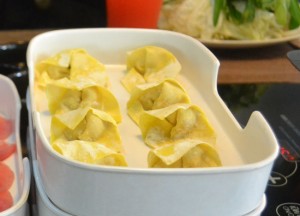 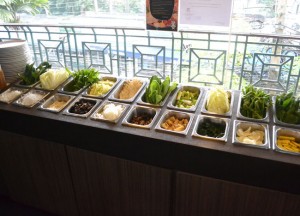 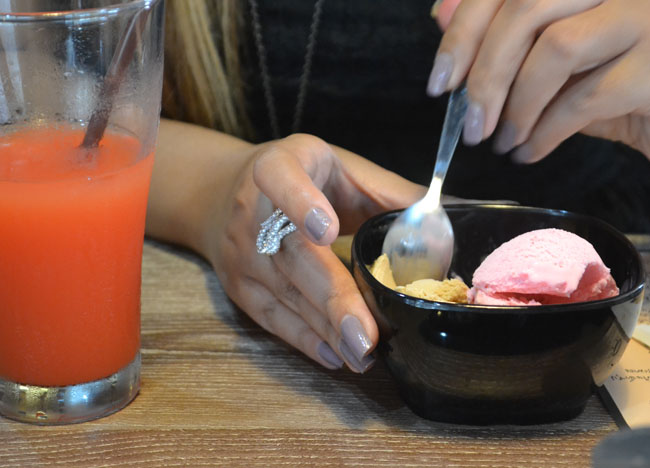