This morning I woke to frost on the ground and left the house with 3’c temperatures outside. It’s hardly t-shirt weather here and I was wearing an arctic expedition jacket, as I’m still reacclimatised to the weather here. But it was sunny, which means summer is coming and the usual grey skies and misery of earlier months is on its way out. So, despite the almost freezing temperatures, people are out to celebrate the last days of the Easter holidays along our local coastline. I join along at Crawfordsburn Country Park and Bangor with plans to make videos, and photograph birds, like a dork. It was actually a really nice day when ignoring the near freezing temperatures and intermittent cloud cover (shown in timelapse below). The coastal path and main beach at Crawfordsburn Country Park were buzzing. It does add to the new appreciation I’ve found for my hometown over the past months, but there’s always one aspect of summers here which ruins it for the rest of us. The early day is seemingly wholesome with dog walkers, pensioners and kids digging around in the sand. But, come lunchtime (1PM), the area is quickly overrun as a large group of teenagers arrive from, I’m guessing, the nearby Helen’s Bay Train Station. They all arrive at once, roughly 100 of them snaking around the coastal path in their tracksuits, baseball caps and hoodies. Soon the families and nicer crowds disappear, leaving the lone police escort on his quad-bike, to deal with them.

They’re probably not there to cause trouble, but, throw a handful of bad eggs to the crowd, a whole load of liquor, and things will likely to get awry tonight. At the same time I would be hypocritical to be against them, as I did similar as a teenager. But we did it very different in our days, as we went out of our way to avoid the more public beaches of the coastal path. There would have been around ten or twenty of us, all from our local area, and we would always go to the “boat house” and the “first beach” as we called it, because it was the first sand beach from the Carnalea Train Station side. We’d sit out of sight at “the log” during the days. This area is about 500 meters from where we were today. We’d do this every summer from our Coconut Ravers and MD 20/20’s days, right through to our Buckfast years, without incident. This is because we purposely avoided others, to not annoy people, or, to be specific, to avoid being hassled by others. After sunset no-one really walked past that way, and we could happily get rat arsed, and do pretty much anything we want, with no hassle. But these days it seems the opposite where teenagers don’t really care who they annoy or piss off, and it almost seems like they thrive on it. I just don’t get it, but there are many aspects of life in Northern Ireland I will never really get. 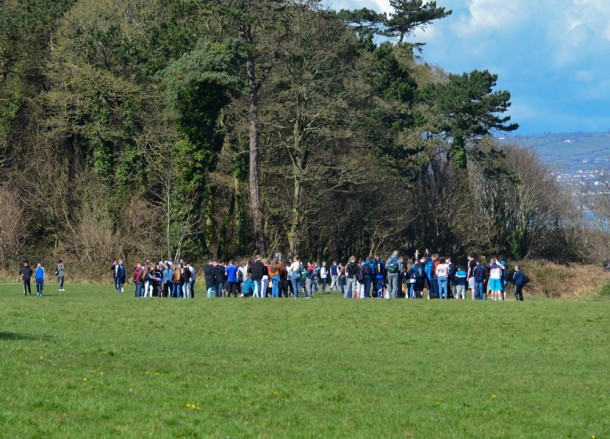 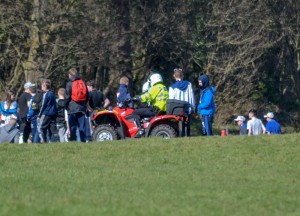 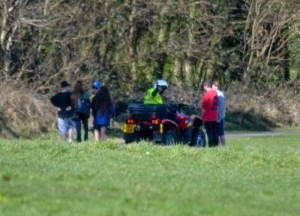 I think is quite unique to this part of the world, and locally it comes with pretty much every event in town. While it’s mostly found in summer times, it isn’t specific to them. In fact, today’s local Newspaper front page reads “Teen Boozers Mar Easter Carnival” followed by “Underage drinkers flooded Bangor Easter Parade”. Even with the turn on of our town’s Christmas light’s there were apparently running riots behind the main train station. I even brought up a similar situation last month with Saint Patrick’s Day Parades. It’s kind of an ongoing tradition with local holidays and events. In the past I always put it down to the lack of weather and opportunities to get drunk outside. The weathers normally miserable here. Having boozed through 14 countries in Asia in the past 5 years I never really found anything similar in Southeast Asia. This maybe due to the availability of nice beaches and year round sun to revel on them. It disperses these opportunities throughout the year. But last year in Japan I was there during spring, which is kind of a big deal with the Sakura festivals. Their seasons are quite similar to ours and when Spring comes around they’re straight out to public spaces to get shit faced. They drink like there’s no tomorrow, yet there’s still a huge contrast. They stick to smaller cliques and groups, and don’t really annoy or intimidate anyone around them. It has me thinking that the difference here maybe due to alcohol laws, where in Japan there is no need to hide boozing within big antisocial crowds. In fact it feels more like a family friendly social thing in Japan, which is almost the opposite. Or maybe teenager here just have blatant disrespect for others. Either way, this is why we can’t have nice things. 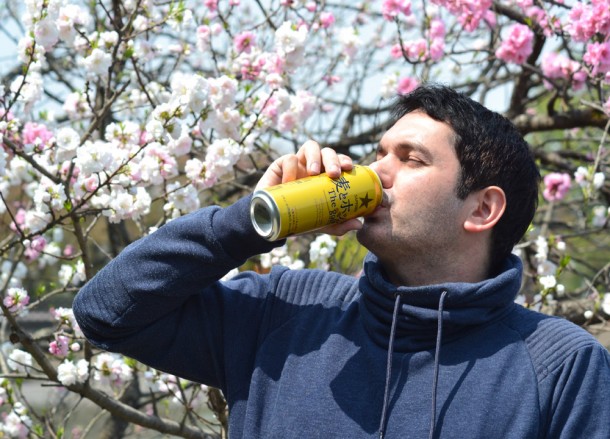 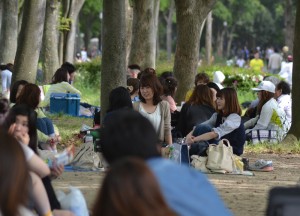 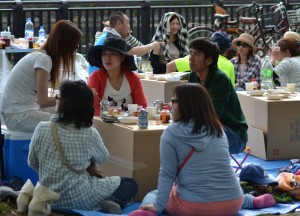 Birdwise I saw a magnificent herron as I walked up to the boat house and the first beach. It made the more common cormorants look tiny when side-by-side. I also saw a speckled summink bird, and an orange-legged needle snout (I made up both those names). But the coastline is beautiful along this way and, unfortunately, it can be hard for many to enjoy it when it’s at its best. I also saw rabbits up at the Old Haunted Hospital. 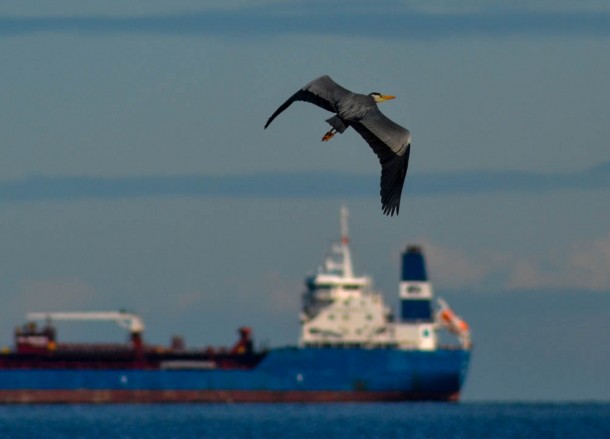 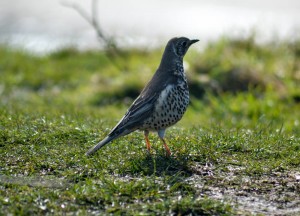 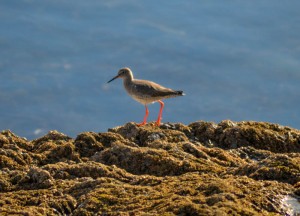 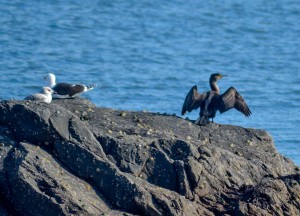 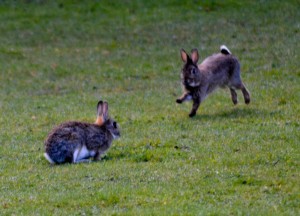