What was I doing last Sunday morning I hear you ask? No, I wasn’t writhing about in my bed hungover. Guess again. Church? No, I wasn’t at church either – but I guess you could say I was having a religious experience of sorts, exploring the secret underground tunnel of Tamagawa Daishi Temple nestled deep in the Tokyo suburbs. This is a tunnel so secret that not even some of the locals know about it – so if you’re looking for a cool, unusual experience in Tokyo, read on… 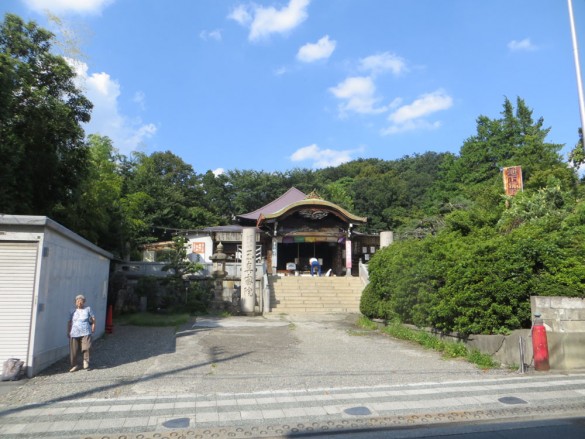 Situated just 15 minutes’ walk from Futako-Tamagawa station on the Denentoshi Line, Tamagawa Daishi (officially known as Gyokushin Mitsuin) is a temple hidden by its own anonymity. Flanked on all sides by stark concrete danchis (housing complexes) and a hotdog-selling Circle K convenience store, the temple itself is pretty unremarkable from the outside: just another inconspicuous religious building sitting quietly in the suburbs. It’s what lies beneath that makes this place so special: a 100-metre long tunnel that is said to represent the Vairocana Buddha’s intestines. Lovely. 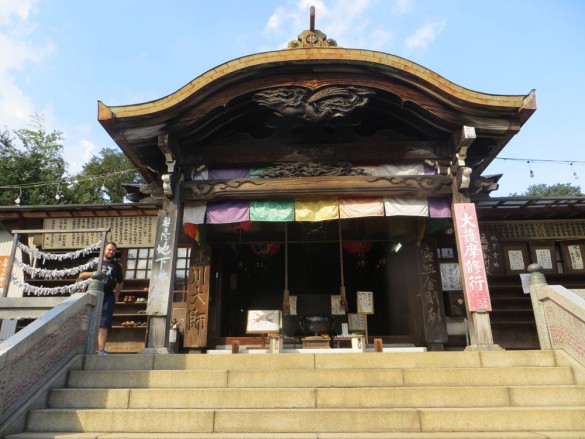 I don’t want to fully spoil the surprise of what’s down there, but I’ll at least reassure you that it’s not what you would usually find sloshing about in your intestines. Saying that, it is probably unlike anything you have ever seen before: a series of eerily candlelit corridors and chambers, grand stone Buddhas and hundreds upon hundreds of dusty statues. The best part of all? You have to wind your way around this religious assault course in total darkness. 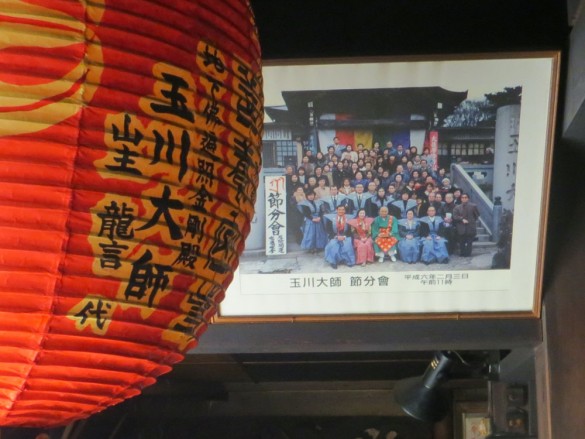 For first-time visitors to Japan – or if you can’t speak Japanese – etiquette at the temple may seem a little daunting. But fear not! I’m here to tell you what to do. Once you arrive at Tamagawa Daishi Temple, walk up the steps and you’ll see a pile of incense sticks alongside a gas burner. (Actually it’s more like a flamethrower so be careful.) You’ll also see a large wooden box (saisenbako) resting on a shelf. Throw 100yen into the box, ring the bell and then light your pile of incense. Say a prayer if you wish.

Next, take off your shoes and place them neatly in the shoebox outside. Inside Tamagawa Daishi, you’ll see a few random monks walking about in traditional garb, as well as other workers who are there to maintain the grounds. Don’t be scared about walking straight in on to the tatami mats: they are used to visitors. On the left-hand side you’ll see a log book. Write your name and address in here (write it vertically, even if you’re writing it in English) and then drop another 100yen into a box. This is your payment for entry into the tunnel. 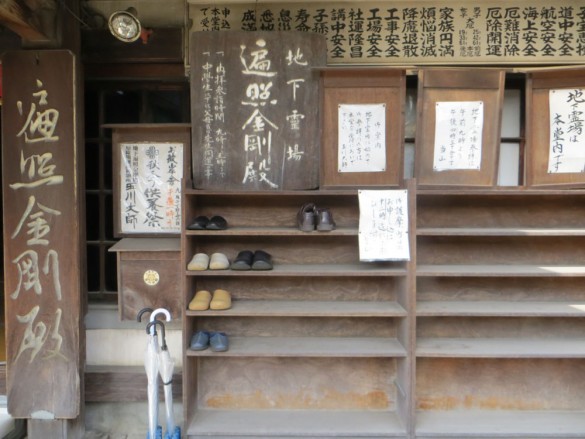 There’s a box of plastic slippers (all one size, pretty small, will not make it into next month’s Vogue). Once you have your slippers on it’s time to descend down the steps into the tunnel. It gets dark immediately but you can find your way by hugging the wall with your RIGHT hand and moving slowly. No need to freak out though – soon you will see some light at the end of the tunnel and enter the first chamber. 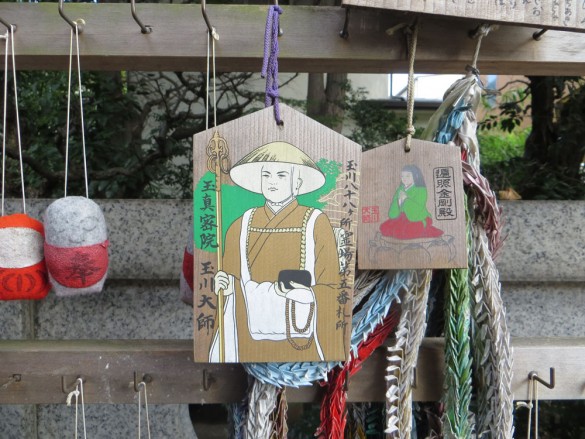 It’s said that the lack of visual and aural stimuli down there helps bring you closer to enlightenment – and I have to say the whole experience is pretty serene, aided by the soft ambient sounds of the real world sifting down from above. If you want something different to do, and don’t mind things that go bump in the dark, Tamagawa Daishi Temple just might be the place for you.