On our journey to Gangtok we travel from Bagdogra airport in New Delhi. The distance and price not so different to the New Jalpaiguri train station (NJP) to Gangtok route. Both follow the same road to Sikkim through Siliguri, Gorkhaland and travel up through the foothills of the Himalayas. Organising taxi to Gangtok is simple and safe with police regulated pre-paid taxis available at Bagdogra Airport. No need to haggle. The price for a small non-air conditioned jeep to Gangtok is 1,750 RP. For the air-conditioned minivans the price is 2,080 RP (around $30 US). We choose the latter. The journey time to Gangtok is 5 hours and our driver for the day is Sonam a Gangtok resident. An honest and trustworthy fella (as is with all Sikkim residents). Over the next 4 days we travel with Sonam throughout Sikkim and the Himalayas. Well worth considering if you need a driver (mob. 9434484632).  Note there is no option for shared taxi to Gangtok from Bagdogra airport but they may be found at NJP. 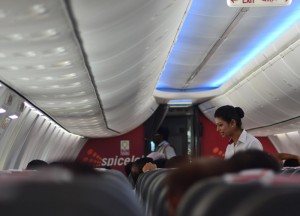 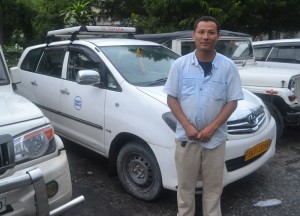 Siliguri is the last major settlement in India’s New Delhi region before reaching the sanctuaries of the Himalayas. The end of mayhem, poverty and holy cows. Here you pass a split road junction with one route leading to Darjeeling and the other route straight for our taxi to Gangtok. There will be later opportunities for travel to Darjeeling. 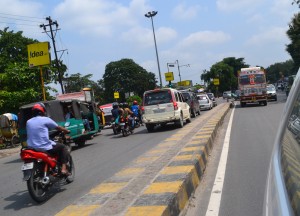 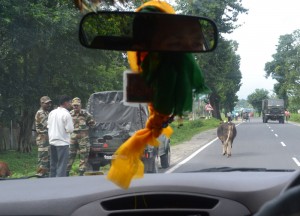 Next comes the trees and wildlife as we pass through Gorumara National Park. Animals of all sorts can appear on the roads of this stretch; elephants, rhinos, bears, boars. All we find are the Rhesus macaque monkeys. Lots of them on every turn. 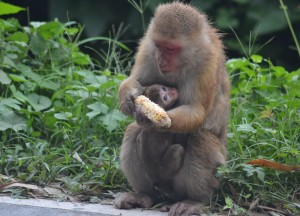 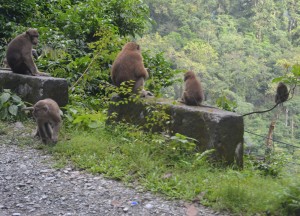 The road then joins the Teesta River which flows on through to nearby Bhutan. An impressive view along this route is Coronation Bridge named for the coronation of King George VI and Queen Elizabeth. The bridge is also location to a failed World Record attempt where some nutter died trying to zip line with his ponytail. As we pass Gorkhaland the shops are closed and the roads are swarming with police and army. Protests are taking place for an independent Gorkhaland state which also restricted tourist travel to nearby Darjeeling. 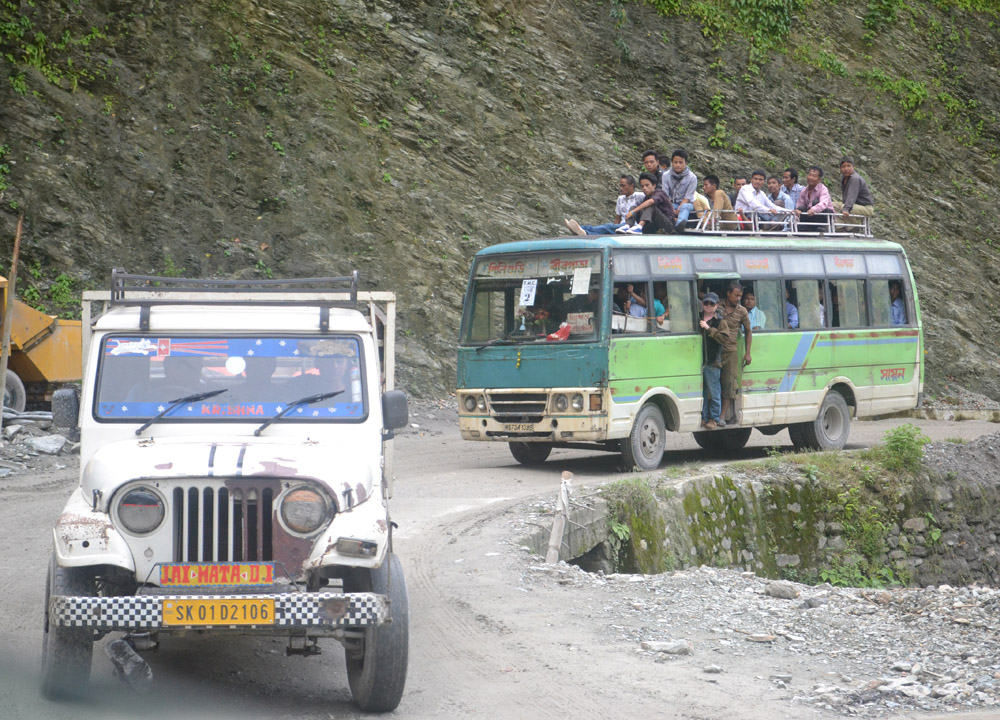 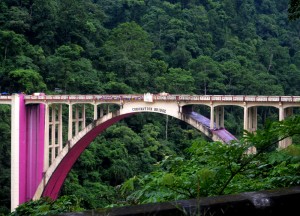 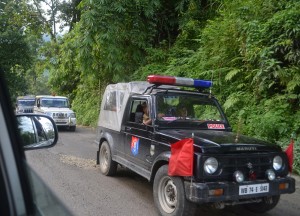 To enter Sikkim you need an ‘Inner Line Permit’ which is easy to pick up at the Sikkim border on taxi to Gangtok. The permit is free of charge and takes roughly 30 minutes to complete. As always we arrive ill prepared and need to pay an extra 40 RP to cover the cost of photocopies (passport) and 2 x passport photos. The taxi driver organises the Sikkim Permit while we go shopping for cheap booze at nearby markets. Sikkim is a tax free booze paradise. 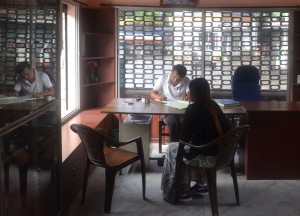 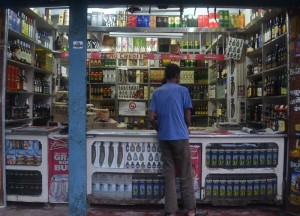 Our journey starts at 3pm which means the later hours are in darkness. At this stage of the journey the roads are safe and travel is easy. The scenes kind of hypnotic. Himalayan hills lit up with busy villages. Congregations of locals buzzing between main street stores and restaurants. We arrive to our hotel (Mount Siniolchu) at roughly 8pm. Of three Gangtok hotels this was easily the best of our stay. Amazing views, close to centre and the hotel backs onto the local Enchey Monastery. Be sure to book online as we didn’t on our first stay finding walk-in rates a bit pricey. We later book online for cheaper and with an upgrade (using the hotel’s internet from their car park – snigger). Booking linked above. 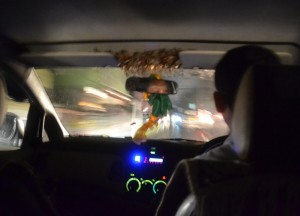 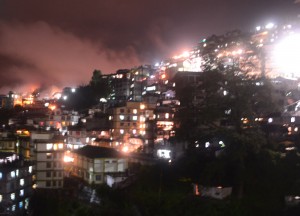