Thailand’s borders are often better known for their sprawling markets, casino crossings, and more-than-not, their dodgy goings-on. But they also share a wealth of culture and diversity, wherein Isaan for example, I spend a lot of time near the Cambodian borders with betel chewing grannies who talk in “Ka-Mehn” (Cambodian) so the younger generations can’t listen in on their granny gossip. And it is these somewhat unlikely cross-border influences, along with the overall remoteness and varying landscapes of the far-flung regions, which have given me an intrigue in Thailand‘s lesser-known borders. 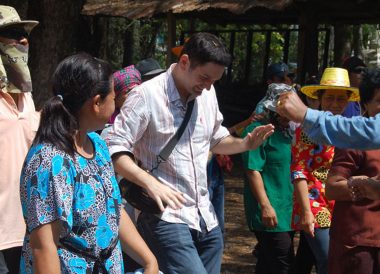 Starting in the Isaan region, Phanomrung Temple is part of a 225-kilometre long Ancient Khmer Highway, which leads from the revered temples of Angkor in Cambodia. And each year Phanomrung will celebrate a bi-annual occurrence when the morning sunrise aligns with the fifteen doorways of the temple’s upper sanctuary, which is a bit of a niche interest, to be honest. But the surrounding festival offers much more, including a parade of traditional dress and culture, in honour of Shiva, the Hindu God which once reigned over this region. But for me, the evening show is by far the most dazzling, when the ancient temple ruins become a surreal backdrop to a remarkable display of sound, light and costume design, and performers re-enact the old historical tales of Gods, Kings and epic battles that once presided over these ancient Khmer ruins. In the northern Lanna Provinces, Chiang Mai province hosts such a ridiculous wealth of culture that I’m really not sure where to begin. So I’ll jump in at the deep-end, with Doi Ang Khang, a mountainous region which straddles both sides of the Thai-Myanmar border. An area which is home to pockets of hill tribes, such as the Musur, the Palaung, Thai Yai, and Jean Hor, which until recently had been cut off from almost all outside influences. Which means they’re not like the ‘Hill Tribe Villages’ in northern cities where they live more like props in a museum. So these borders feel somewhat lost and unworldly, with checkpoints, armed soldiers and lingering mists, along with domestic tourism which focuses on unlikely agriculture, as this once prominent opium port turned its hand to strawberries, tea gardens and the local favourite, cabbages. 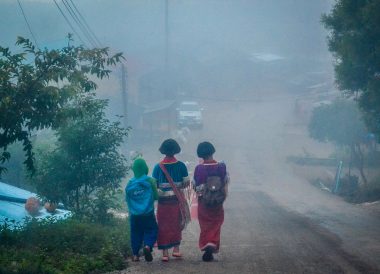 It is hard to ignore Chiang Rai Province when talking about borders, and the infamous Golden Triangle, where the neighbouring countries of Thailand, Laos and Myanmar are dissected only by the meeting of the Mekong and Ruak Rivers. And just a short distance north finds China’s Yunnan province. So Chiang Rai obviously hosts a wealth of cross-border influences, but for now, I will move east towards neighbouring Laos, and to Phu Chi Fa Mountain which is a scenic region known for Hmong hill tribes, and its abundance of massive Duang Kwang fighting beetles. And the mountain peak, which overlooks the Lao borders, is also known for its “Sea of Mists” where, each morning at dawn, the mists roll up and over the hills and valleys of the mountains below. Although it does require a 04:00 AM start, and a 1km trek to the top before sunrise, so (from experience) don’t start the morning with a big bag of cheesy Cheetos. Moving to central Thailand, on the Thai-Myanmar border, the Three Pagoda Pass was once the main overland route between India and Southeast Asia. A border which is now closed to foreigners, which means the area remains remote, and relatively untouched by tourism. And one of the better ways to explore this border region is by floating raft houses, which are pulled by boats along the Khao Laem Reservoir, past local Mon fishing villages towards the small border town of Sangkhlaburi, which alone hosts lesser found ethnic identities, such as Burmese, Mon, Karen and even Lao. However, before this reservoir ever existed, it was flat land and local villages, which were inevitably evacuated. So sometimes, when the lake is low, the sunken underwater villages will reappear, and temple spires will peek out over the lake’s surface 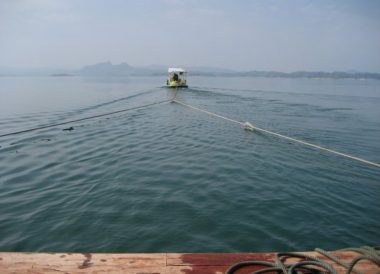 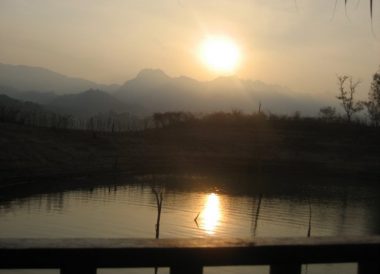 I would probably find myself in trouble to ignore the Thai islands in this list, so to share just one, it would definitely be Koh Kood, on the Gulf of Thailand not far from Cambodia. An island which is sometimes described as Maldivian, and for now it is about as close as we’ve come to find that soft sand beach paradise. And while I am personally not fussed for beaches (I am drawn more towards big cities and flashing lights) I found it hard not to fall in love with Koh Kood. As the island is just so serene and tranquil, with many of the resorts only accessed by boat, that it brings a feeling of simplicity and back-to-basics in life. It just really feels cut off from the world. And given its far-flung location, and relatively high prices compared to nearer islands, it has so far escaped the generic “Banana Pancake Trails” of backpackers in Southeast Asia. So, for now, it feels like our own private slice of paradise. 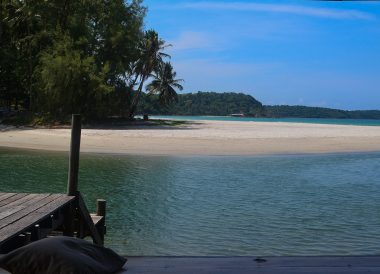 Due to the conflict in the three southern border provinces of Thailand (Pattani, Yala, Narathiwat) they are often considered to be no-go areas for tourism. And while the conflict is often mistaken as being religiously motivated, citing Muslim extremism, it’s actually a separatist movement for regional independence. As many moons ago these provinces were not in Thailand and collectively were known as the independent Malay Sultanate of Patani. And while I really don’t spend much time on the southern borders, bar quick crossings to Malaysia, I do always make the most of my visits to Hat Yai, found just 50kms north of Malaysia. As it is otherwise a relatively peaceful and friendly city, which showcases the unique and harmonious mix of Buddhism and Muslim cultures in the southern border regions. Although I do spend much of my time indulging in the southern spiced cuisine, like tasty turmeric grilled chicken, Thai Biryani, and the famous Hat Yai fried Chicken.