This is more of a survival guide to Bangkok Malls. The silver linings which make hours of shopping misery somewhat bearable. I don’t like shopping. Shopping to me is as appealing as a kick to the groin. I hate kicks to the groin. But as a loyal husband I have no choice but to frequent Bangkok malls; generally once maybe twice a week. Straggling along, squashed into cramped aisles, being ignored, getting in people’s way. The reason my eyes stay alive are only for the food at the finish line. The carrot on a mile long stick. For those new to Bangkok Malls there are 5 major malls which stand out in the centre. All five I would visit in equal proportions; each for different reasons. While there is always a bit of overlap; the 5 malls tend to have their own distinguishing purpose. Here is my survival guide to the central Bangkok Malls, starting centre and working out. Note, most malls are found in, or are reachable from the central Siam area shown here. 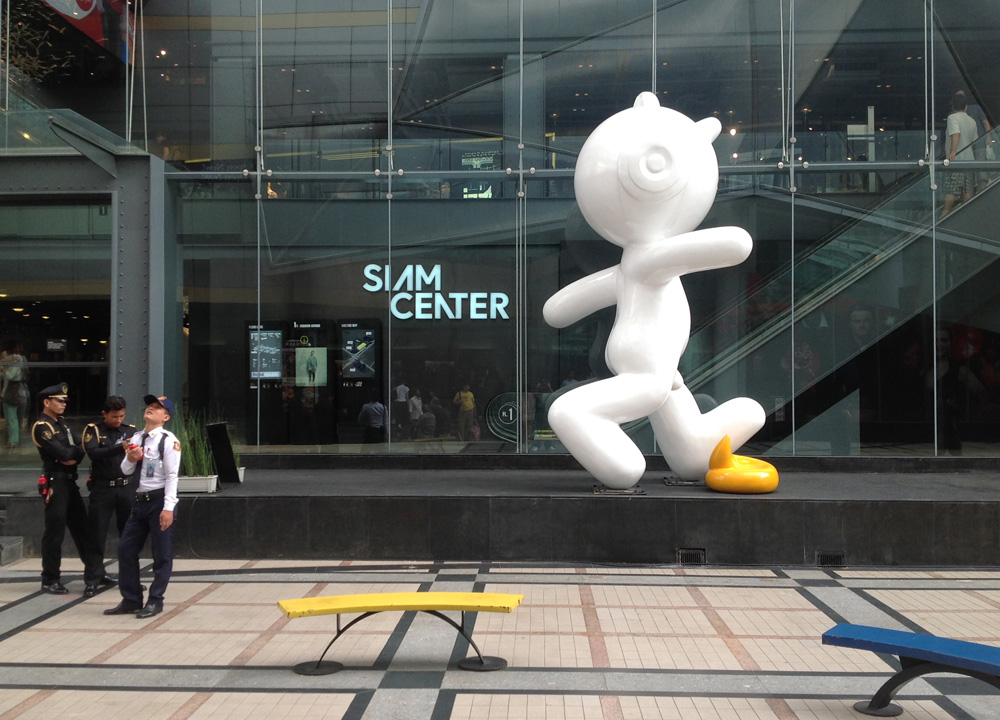 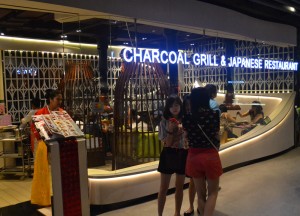 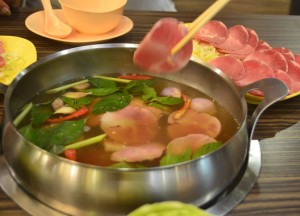 Siam Paragon is a monster of a mall found directly next to the central Siam Skytrain Station. Can’t get any more central. While my least visited of Bangkok Malls; it does serve as the vantage point for many shopping expeditions. It is the first in a string of malls which line the Siam Skytrain line. Next Siam Centre Mall and onto Siam Discovery Mall. The latter admittedly dwarfed by Paragon’s popularity. Siam Paragon is luxury and high end and for this reason my least favourite of malls (like paying to have my groin kicked). On the plus side they do have an unbeatable range of eating and food courts (Ground floor and 4th floor). Also Siam Paragon is super fun and shiny around Christmas time. A number of onsite attractions are the aquarium (Siam Ocean World, BF) and the 4D cinema (Top Floors).

Getting there: Paragon sits directly next to the Central Siam Skytrain Station (as below). Connecting hotel is the Siam Kempinski. 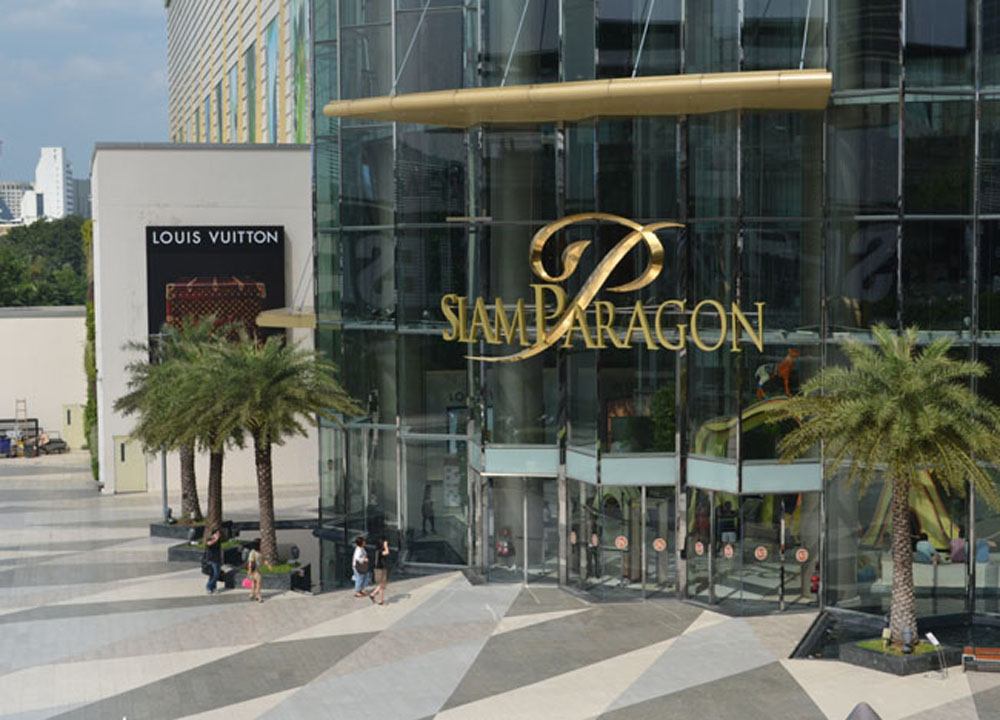 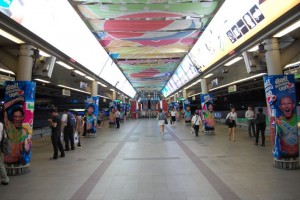 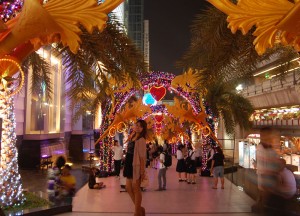 The popular Bangkok Mall for tourist junk, replica clothing, hilarious slogan t-shirts and mass produced trinkets. In other words, nothing much of interest or value. That being said it is a huge hit with backpackers and travellers as a great place to pick up cheap luggage, fresh clobber and get a haircut. If visiting for the above try the 3rd floor (zone C and D) or the 6th floor (the far end). My more recent visits to MBK were for a backpack on the ground floor and to fix my xbox on the 6th. For eating the 6th floor (coupon) food court is my place of choice. Below is the 5th floor food avenue (international). Above surrounding the Cinema (7th floor) are international food franchises.

Getting there: MBK links to the National Stadium BTS Skytrain Station which sits one stop from the central Siam station (and Siam Paragon). Connecting hotel is the Pathumwan Princess Hotel. 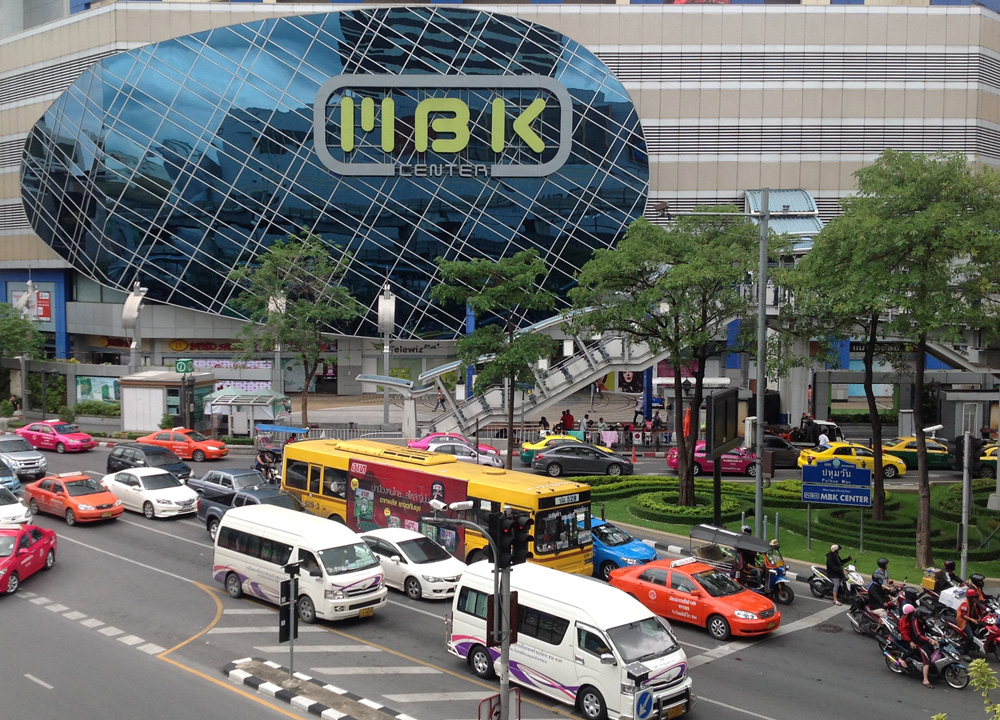 ‘The Central World of Happiness.” Yeay! Unfortunately only true around Christmas time and New Year. The rest of the year it is just another painstaking Bangkok Mall. In truth Central World is not so different to Siam Paragon; only less luxury. It is the middle-class equivalent which means more affordable, high-street shopping brands. It is also the largest mall in Bangkok so you’re likely to get lost. Most food courts are found on the top floor but for me the best eating is found out front where Isaan barbecues and boozing set up on the nearby streets. Note Central World is where I started writing this blog next to a mannequin in H&M.

Getting There: Central World sits between Siam and Chit Lom (exit 2) Skytrain stations a 5 minute walk along from either (use the elevated skywalk). The same goes for Siam Paragon. Connecting Hotel is the Centara Grand. 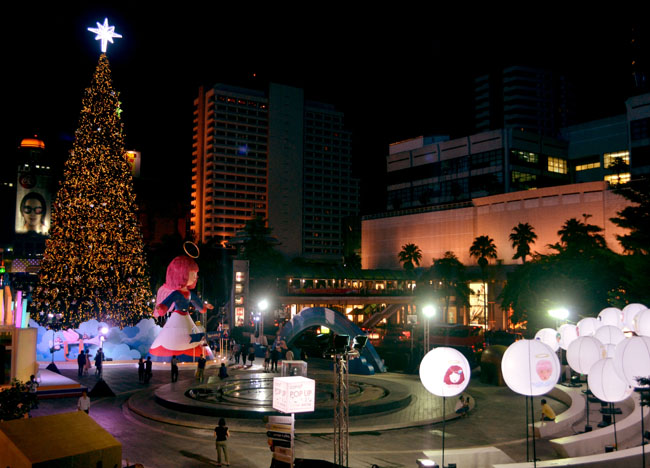 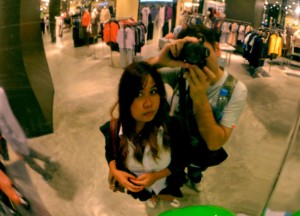 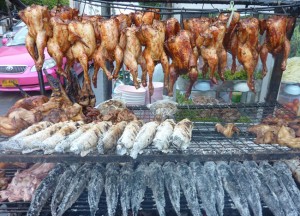 Every girls paradise meaning to me it is hell. An endless maze of clothes, accessories and more clothes. Tight aisles, limited hiding space and a severe lack of seating. Avoid all costs. The only enjoyment I can muster is for the total bizarre mannequins and my quest for t-shirts with food on them. Sushi, Cheese Burger and Ice-Cream the latest additions to my wardrobe. You can find pretty much anything at Platinum, 2,500 independent shops selling anything to everything. Of course it is Bangkok’s largest wholesale mall. The shining light at the end of this arduous textile jungle is the top floor food court. Cheap and tasty. For international eats however there is slim pickings. KFC, Fuji Japanese and not much more. Platinum is for serious shopping and is the only of the Top 5 Bangkok Malls which has no cinema, bowling or Karaoke.

Getting There: Note Platinum is better known as Pratunam Mall after the area it is located. It can be reached from Central World but I suggest taxiing it. Connecting Mall is the Novotel Pratunam. 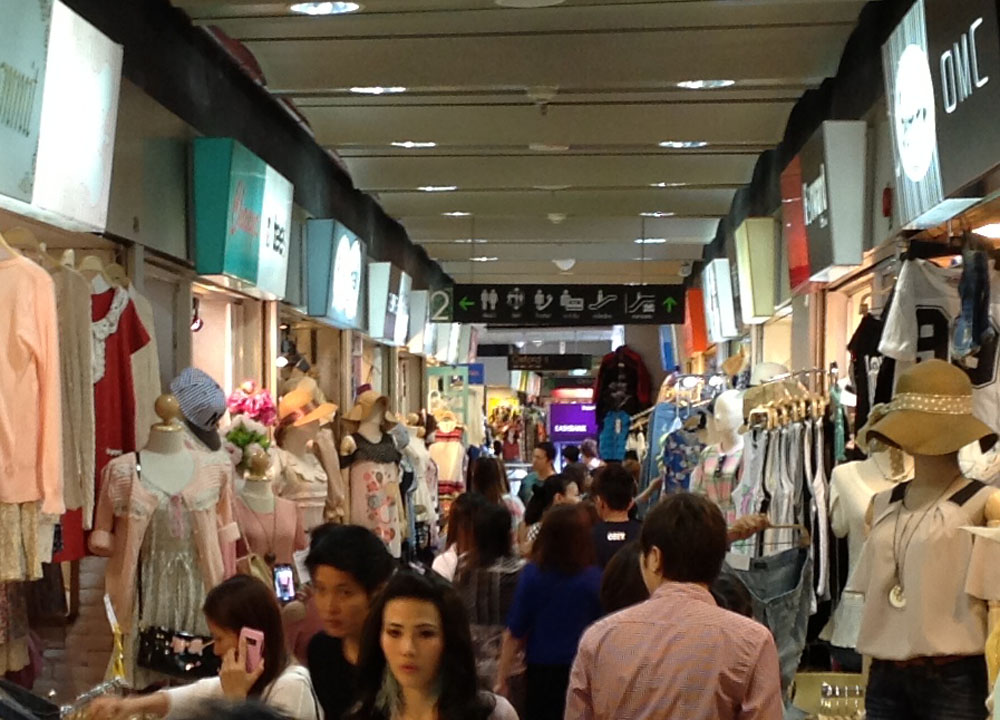 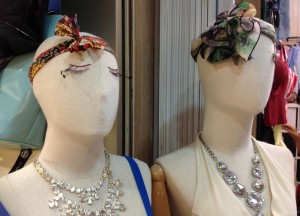 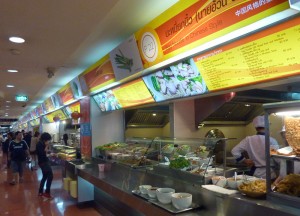 Board elevators to reach the next destination; Paris, Tokyo, Istanbul and onwards… Inventive, exciting and fun. Terminal 21, as its name suggests, is designed to replicate an airport Terminal in central Bangkok. Each city level bringing its own niche and design. My favourite (as expected) is San Francisco the ultimate food city with Pier 21 Food Court. A food court which is in easy contention of Bangkok’s best; cheap eats, slick design and skyline city views. Even the toilets are worth the visit. Maybe tacky to some but I’m a sucker for anything inventive and new. Terminal 21 is the new kid of Bangkok Malls opening late 2011.

Getting There: Terminal 21 links conveniently to the Asoke Skytrain Station (Interchange). It is the major Mall in the Sukhumvit area and also connects to the Sukhumvit MRT (subway) station. Connecting Hotel is the Grande Centre Point. 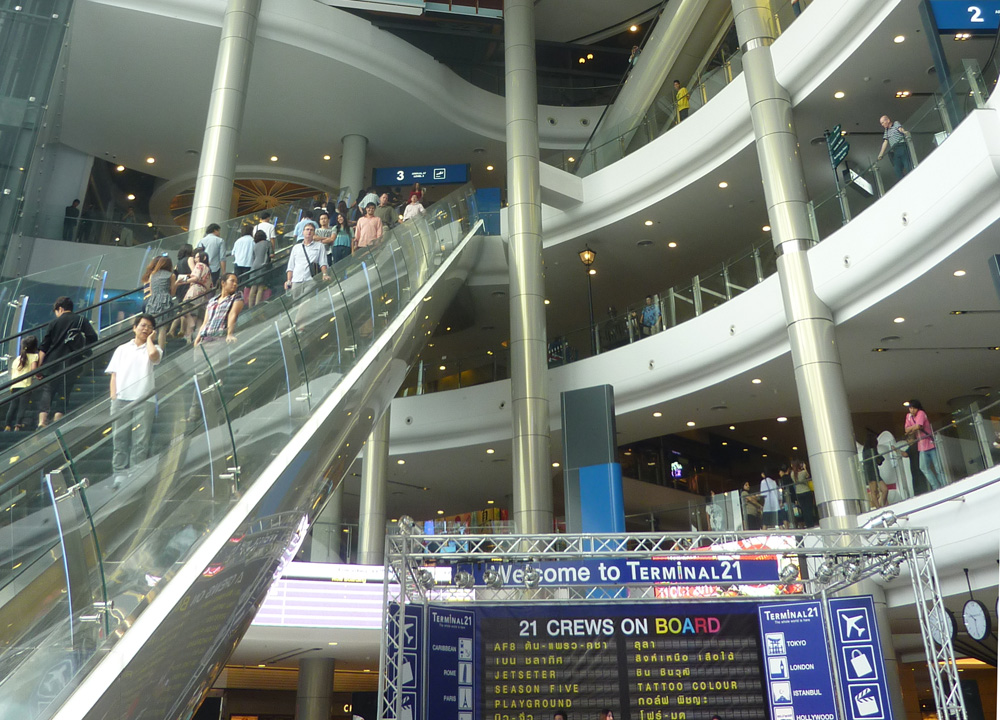 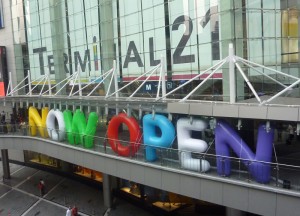 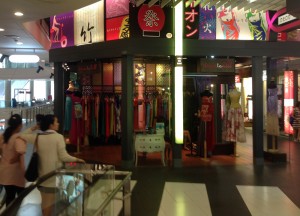