In late April (2015) we travel to Mount Fuji Shibazakura Flower Festival, an annual bloom celebration, located in the Fuji Five Lakes region of Japan. We actually had planned this attraction for the previous day but, due to lousy cloud cover, we reschedule for the following. We did somewhat expect this and had booked in advance a hotel in the nearby tourist area of Kawaguchiko area (we recommend doing this). We then travel early(ish) the following morning when the skies are much clearer. Our hotel offers shuttle to the Kawaguchiko train station and, before continuing on, we stuff our bags into lockers, and look for options for travel to Mount Fuji Shibazakura Flower Festival. The bloom takes place at Lake Motosuko, which is one of the Fuji Five Lakes, where from Kawaguchiko train station there are a number of express coaches specifically for it. These happen throughout the day starting at 8am and finishing at 5pm (full prices and travel timetable below). So we buy tickets at the tourist kiosk in the train station and then queue for roughly 20 minutes, and bus for around 40 minutes, before we reach the Fuji Shibazakura Festival. 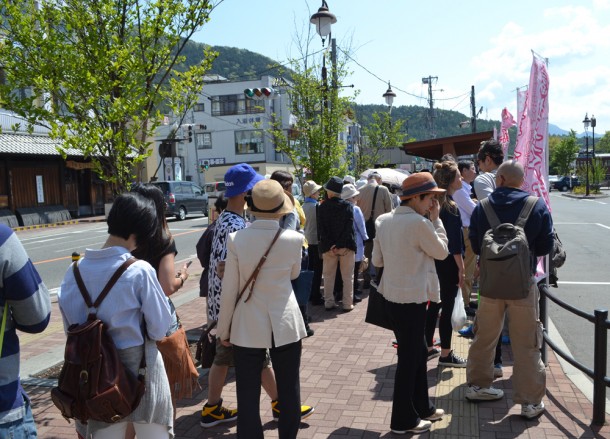 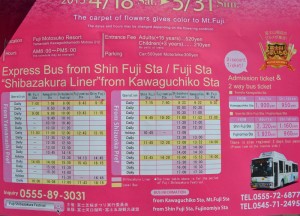 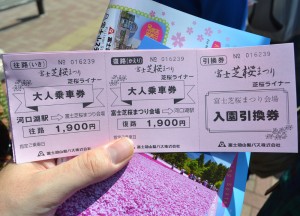 The Carpet of Flowers (Moss)

“More flowers?” – “No it’s moss…” – “Same difference”. We’ve already seen umpteen blooms in the past weeks, so I wasn’t overly excited for this excursion. It was obviously Fanfan’s choice. So on the way, we find ourselves playing cat and mouse with the clouds, as we chase towards the gardens at the base of Mount Fuji. In the end, we lose, as we arrive to beautiful gardens of pink phlox, beneath a backdrop of Mount Fuji, which is only showing up to its crotch. The top is now covered by cloud. I do my best to feign enthusiasm, but this was hard considering there’s pretty much nothing else to do here other than look at flowers. The surrounding food kiosks are also pretty lousy, and we soon find ourselves conceding our defeat and walking back to the bus. After 30 minutes of queuing we are back on the bus to the train station, before forwarding our journey to Tokyo. It is no doubt a hit and miss attraction, but, in the two days there, we found it was midday times which were cloudy, and the mornings and evenings were clear. It maybe best to travel early. 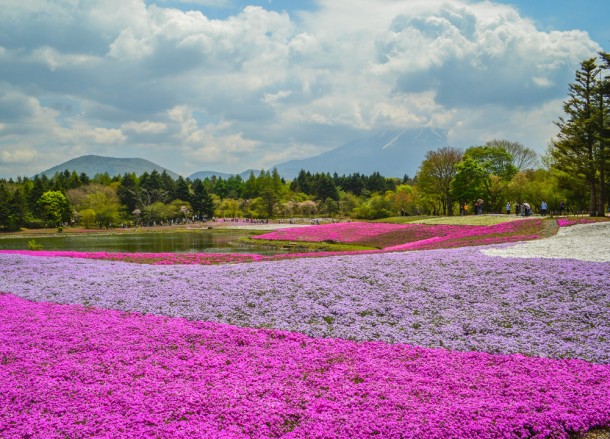 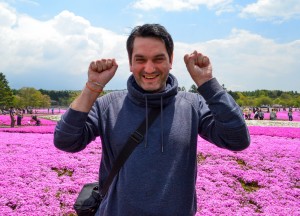 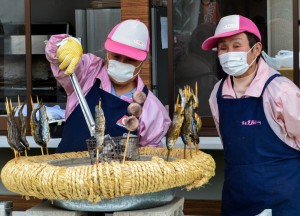 I do suggest staying overnight in the area where, given lousy weather, there will always be a second chance. On our visit we stayed in the popular tourist and onsen area of Lake Kawaguchiko in the Five Lakes Region. From here we get some fantastic views of Mount Fuji (shown below) and this area alone is without a doubt worth the visit (here for our Ryokan Experience). It also ensures that you’re there in the morning hours, as travel direct to Mount Fuji Shibazakura Flower Festival, from Tokyo, takes a good three hours. It is roughly 100 km from Tokyo, and adding in all the transfers along the way, the time adds up. Alone the journey to Kawaguchiko Station takes us around two hours when leaving Tokyo’s Shinjuku station. The route goes first to Otsuki (60 mins on JR Pass) before we changed to the Fujikyu train line (non-JR 1,140 Yen 1-way). After 50 mins on this line we arrived to Kawaguchiko Station, where the busses leave to the Mount Fuji Shibazakura Flower Festival. 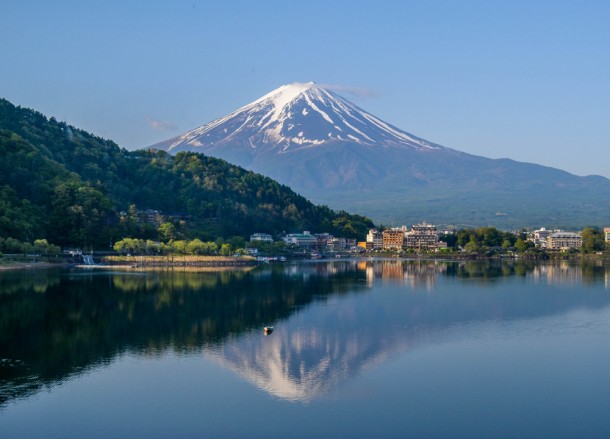 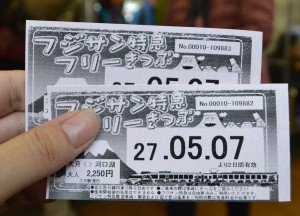 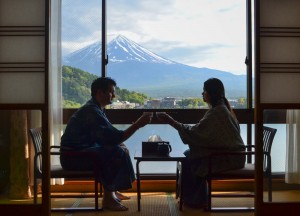