I have been somewhat of an anti-blogger in the past, a troll of sorts, where I have set out to contest the cliques, cultures and grey areas within the blogging world (or sometimes just for the sake of trolling). And admittedly I did enjoy a similar trolling before by the White Moose Cafe, when they took on the vegan community, as overall it was good banter (or craic in Ireland), and no individuals were targeted or hurt. However the recent attack on the vlogger is very different, as it was undoubtedly a targeted and personal attack, directed to incite hatred (and even death threats), for the sole purpose of promoting a business. And this comes when the owner of the White Moose Cafe owner shared a private business email from a media contact, which he used to shame and smear the name of a young female vlogger, with lies, bullying and mistruths. He pit her against the hard-working folk, acting like his business degree, or whatever schooling, was working the coal mines (the guy owns a Dublin hotel for Christ sake) and then whipped up a shit show around it. But it was also undoubtedly a targeted attack, as this 22-year-old woman was an easy target and perfect prey. “Young”, “naive”, “spoilt”, “entitled”, “millennial”. It’s your usual schoolyard bully stuff. He then jumped on the back of the current trend of hatred towards vlogger Logan Paul (who vlogged from suicide forest in Japan). Along with the usual contempt for the spoilt and privileged youth of today.

I am a bit late to this conversation, as we just completed a week-long road trip through the snow-drenched highlands of Scotland, and the internet is patchy at best in the furthest corners of the Isle of Skye (and I have better things to do with my time). So we have been driving long distances in risky amber weather warnings, to photograph, video, and ultimately share our experiences in the region (as video above). And this was all of course paid for from my own pocket, simply because I love doing what I do. At the same time, I am in no way above pitching for hosted stays and collaborations with hotels, and it is in fact one of very few perks in blogging I take advantage of, given I don’t really monetize my content or blog. I have other incomes to support myself. Plus we’re not all greedy folk. But I do still cringe on every pitch for a hotel stay, and would always hesitate at the send button, because it does feel rather demeaning. I honestly don’t like doing it. But ultimately these hotel and blogger collaborations can be mutually beneficial, given the right partnership, along with a whole bunch of other factors.

However, it is not something I do often while travelling, as I don’t really want to waste my time photographing, videoing, writing, editing, and publishing this material when on my travels. Not to forget dealing with PR people, the hotel inspection, and entire itineraries are occasionally set for the duration of the stay. So I really don’t see hosted stays as being worth the hassle most of the time, as you spend more time fussing over crap, than actually enjoying the destination. And I could easily just pay 40 quid for basic digs and not have to bother. Therefore, when I do approach hotels, it is only for hotels that offer unique experiences, like fantastic views or maybe some innovative or boutique design, and I then share the hotel as the destination. I then link them in with other articles and guides in the area, to create long-term traffic, and ultimately affiliate bookings (where applicable). In fact I even considered pitching to Dublin hotels during a visit over the Christmas period, but I just really couldn’t be bothered with the hassle, for a fancy bed for the night. 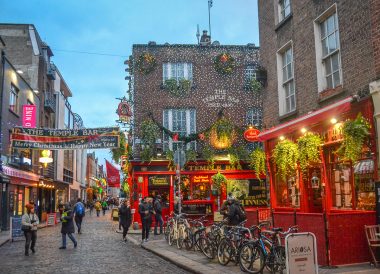 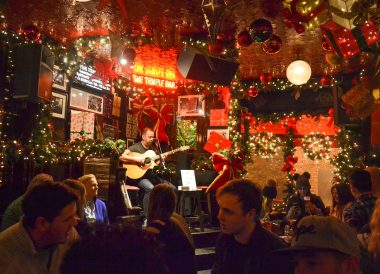 However I did once pitch to a hotel in Northern Ireland, which fit well with content we were creating in the area, as well as my own unhealthy obsession for whisky. This was around 2 years ago, for an offseason stay, when I received in response “we are currently inundated with requests for complimentary rooms for travel writers such as yourselves” and they no longer had the marketing budget to accept more of us bloggers. Hotel pitches are not something new to the industry, we have been doing similar for years, from brats to baby boomers, from the world over. Many using just a copy-and-paste template and press kit, addressed to the hotel themselves, given direct media contacts are increasingly harder to find these days, partly due to the inundation of blogger pitches. So now it is better to approach hotels through social media first, before being forwarded to the press relations, and again it just adds up to more work and hassle for a free bed.

However we too receive a similar inundation from travel representatives, hotels, destination marketers, tour companies, asking for similar collaborations, but rarely do they offer any pay. It’s like they expect us to work for free. Not to mention the web-designers, the SEO specialists, and the dubious pitches for sponsored posts and content features which litter are mail boxes. But these are all part of tourism these days, and if businesses can approach bloggers for collaboration and offers of “freebies”, then why is it wrong for bloggers to do the same in return? Should we be out shaming the owners of these companies?

Anyway, going back to the owner of the White Moose Cafe, who appears to not know his own business. He obviously knows internet marketing and the art of trolling, but from his post, are employees really paid by how many beds they make, or how many breakfasts they serve. I honestly don’t know. But to me this is strange from the get-go. Otherwise, in pretty much every collaboration I have been part of, we were always paid for by the marketing department and from a marketing budget, and we were treated no differently to any other guest in the hotel. At the same time I was always more inclined to tip the staff, given everything else was complimentary, so those people we were supposedly taking advantage of, are in fact more likely to be better off. But I’m fairly sure the White Moose fella knows this. Anyway, there was just a lot of misrepresentation in the argument, and I can almost guarantee his hotel receives similar pitches on a weekly basis, given it’s not so much a disaster that even a “backpacking” blogger would turn their back to it. And that is why this marketing stunt is almost guaranteed to be a thought out, and targeted attack (although she did ask for a 5 night stay. Wtf).

So I know I have been talking about blogging rather than vlogging (I’ve never watched a vlog in my life), but I feel all media should be treated the same, given we each offer our own influence, audience, opportunities, and again many factors which should be considered in each pitch. Whether it is viewers of a vlog or the circulation of the local rag. Competitions, free room giveaways, various print advertising, there are just so many options for marketing and promotion of the hotel which are otherwise accepted. As I don’t see people calling out other pitches for advertising, like the owner of local business listing offering advertising, paid for off the blood, sweat and tears of the hard-working folk. Because this girl runs her blog as a business, and given she makes a taxable income, she will be paying taxes on this so-called “freebie” at the value of the service. So, as a business, she is in fact paying to promote someone else’s business, which just isn’t very savvy when it comes to bottom line business. But of course these opportunities should be mutually beneficial, not to mention they enable bloggers to create content, and, down the line, given wider influence and following, she could potentially charge hotels for the privilege (although she did ask for a 5 night stay. Wtf).

Anyway, I know this guy is a troll given I do similar, but I would never resort to personal attacks or inciting hatred, for the sole purpose of promoting business. As this is about as low as professionalism can go in marketing, and tourism, and hospitality, and just in life in general. And as far as chivalry goes, us lads would never hit a girl, but it seems it’s okay to terrorise them, and to drag them through mud. Personally I’d rather take the gubbing. So in reality he is not some working class hero standing against the spoilt millennial brats (ironically he is a millennial). He isn’t the straight shooting Irish rapscallion defending hard done by local businesses. As he seems to be no more than a vindictive internet troll, who has coordinated an unnecessary and callous attack to promote his own name and business. Which to be fair is the reality of social media these days, where anyone in the public eye can expect to be scrutinized on everything, by anybody, and it’s just an ugly time to be involved in it all.

So the same goes for the owner of the White Moose Cafe, who in fact shows many similar traits to the egotistical and narcissistic bloggers in which he likes to target. So if you choose to be in the spotlight, then you really have to accept what comes with it. Anyway, this is why I have always focussed on blogging and SEO over social media (also I spend much of my time avoiding people, so the last thing I ever want is people following me), and the reality is that this ugly new era of controversial marketing is going to get worse.