Sumo tournaments only come three times a year to Tokyo, which means the opportunity to witness them is fairly exclusive. Our visit was during early May (Golden Week) and the seats for the coming tournament were almost all sold out, and those which did remain were selling for as high as 68,000 yen a seat (around 520 quid). So if you do plan on watching sumo wrestling in Tokyo, it is best to pre-book tickets through vendors like Viator, who typically offer standard box seats for around 70 quid. Again, the dates will depend on the Sumo Tournament season and calendar. Alternatively the sumo training stables may be your best bet, where live morning practices take place at the stables, where sumo wrestlers live and train. However, when we watch Sumo Wrestling in Tokyo, it came more as a fluke than anything. We had only come to Tokyo on a stopover, for less than 24 hours, and had arrived with no plans, whatsoever, to watch Sumo Wrestling. Yet we find ourselves with complimentary box seats in the Ryogoku Sumo Hall (Ryōgoku Kokugikan) to watch tournament practice. I’ll come to this story further down, but first, the Sumo Wrestling. 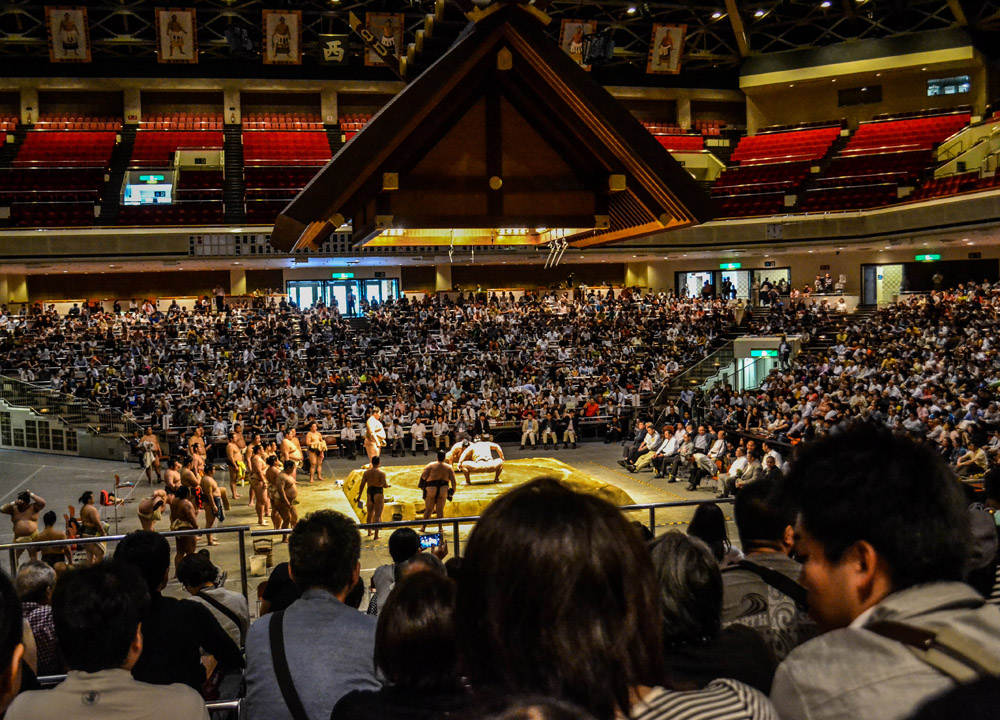 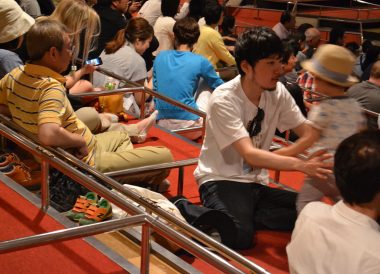 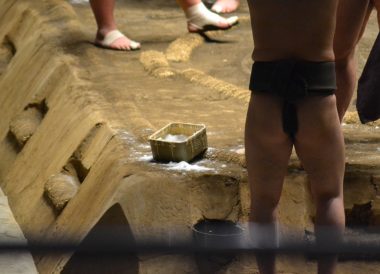 Are you interested in how the wrestlers practice sumo? You can see sumo morning practice in Tokyo with a local guide. Without a guide, you wouldn’t understand anything what the wrestlers are doing in the training and get a deep knowledge about sumo. So I recommend you book this tour and make sure you will learn a lot about sumo as well as enjoy watching the training.

The stadium box seats are like small square mats which have been separated by low metal railings, and are apparently capable of seating 4-6 people (I’m guessing very small people). There were only two of us in our box seat but we did see families squashed into them, along with picnics which is apparently the norm at sumo tournaments, where people bring their own foods. The box seats look over the stadium where roughly twenty to thirty Sumo Wrestlers come and go to the sumo ring, or dohyō as its known, and start throwing one another around. The dohyo is like a platform, made from clay mixed with sand, and each is newly built in the centre of the stadium for each new tournament. The wrestlers take position at white lines in the centre, facing one another, and, boom, they slap together, then start grabbing and slapping at one another, as they work to throw their opponent from the ring. I think we spent around an hour watching the Sumo, but, after sitting cross-legged for so long, my ass is completely numb so we leave. Despite my past year of floor sitting in rural Thailand I am still struggling to get used to it. So we did get to see sumo, but I feel it was little more than a basic introduction. The actual tournament should not only bring more competitiveness and atmosphere, but the rituals before and after are said to be fascinating, and the traditions are equally as important as the wrestling itself. 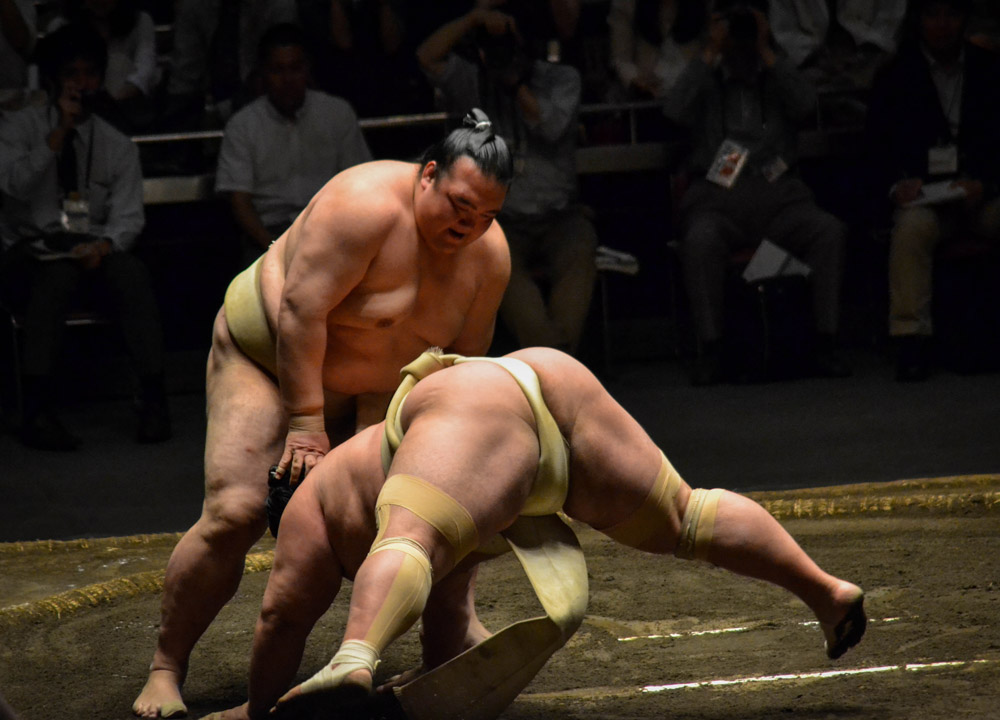 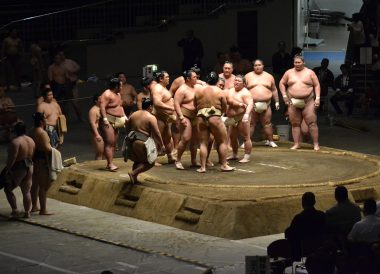 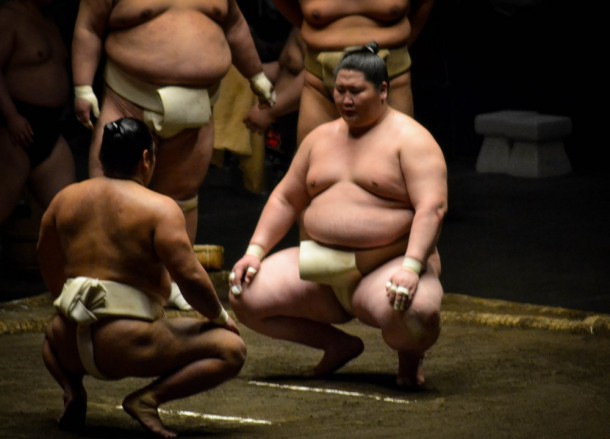 How We Got Free Tickets?

Our sumo experience was more of a fluke than anything, and it started with an exhibition flyer, which we spotted on our way to Shibuya. The flyer was for a children’s event where they would meet sumo wrestlers, and I of course wanna go. So we follow along where, from our hotel, it is only one stop to Ryogoku station. I was willing to risk the wasted journey. So we find that the Ryogoku area is where you go for everything Sumo and, from the moment we set foot on the platform, there are all sorts of sumo related interests. This made it hard to find the kids event and, given it was also a Saturday, and the first day of Golden Week, we got a bit lost in crowds. At one point we were in line at the Edo-Tokyo Museum, only to be told the event should be opposite at the actual Ryogoku Sumo Hall. We then arrive to the sumo hall to be told the event must have ended, and instead are handed free tickets in condolence to a talk show taking place in Ryogoku stadium (Ryōgoku Kokugikan). At the time we are told “you might get to see the sumo wrestlers in practice” so we follow along for the talk show, intending to bail if we miss out on the sumo. Once through the doors we are ushered through the stadium corridors and into a packed sumo hall to be given free box seats. Fun fact: Sumo in Japan is nowadays dominated by Mongolian Wrestlers. 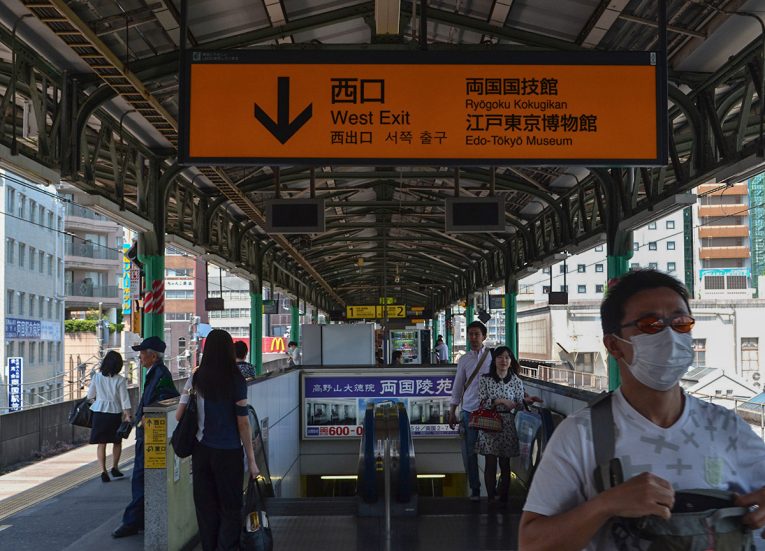 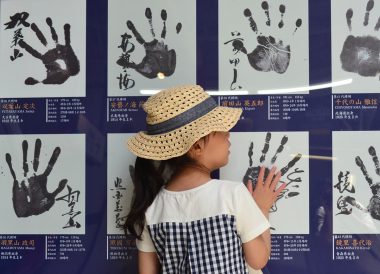 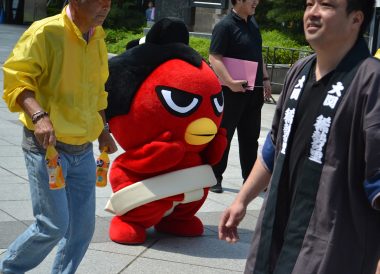