Just chilling, on a porch, with old people, chewing betel nut, talking about Yai’s new washing machine. Okay I have no idea what we are talking about. The surrounding betel nut chewers not only speak Thai but are using a unique dialect of Thai. A dialect only spoken in the small town of Nang Rong dok. In Thailand’s Isan area dok. Dok doesn’t actually mean anything but they say it a lot. A bee hive swarms above our heads and a plastic bag containing a turtle sits next to me. 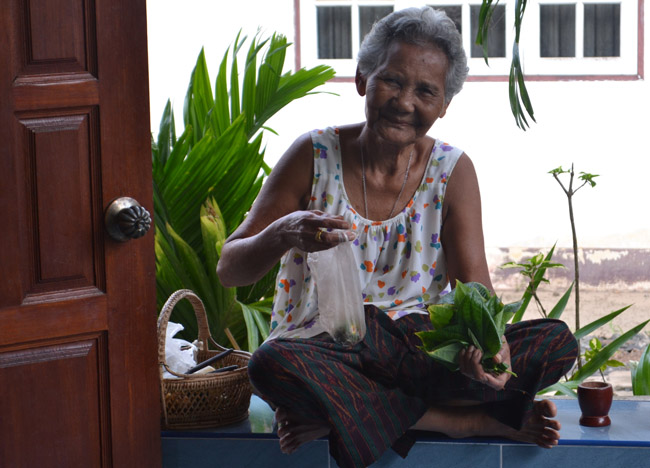 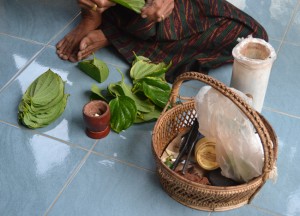 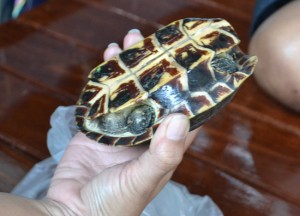 What is Betel Nut?

“Betel Nut” is in fact a mix of ingredients. Areca Nut or Betel Nut, Betel Leaf also known as Bai Plu in Thailand and a coloured limestone paste. For this blog I will refer to the three as Betel Nut, Betel Leaf and Betel Paste. Makes things easier. The three ingredients all come from different sources. Betel Nut is a drupe from a palm tree, the Betel Leaf from a creeper plant and Betel Paste from rock. When halved the Betel Nut looks like a hard boiled egg  with a firm green skin. Peel and discard the green skin, chop the centre of the nut in a metal slicer and pop the shards into a mortar. Take a Betel Leaf, smother with Betel Paste, roll it up and it joins the betel nut in the mortar. Mash ingredients in mortar with metal pestle. Spoon out the resulting mix and stuff in the mouth. Chew. Spit. Chew again. Spit. Grannies are rarely far from a cylindrical spitting container. 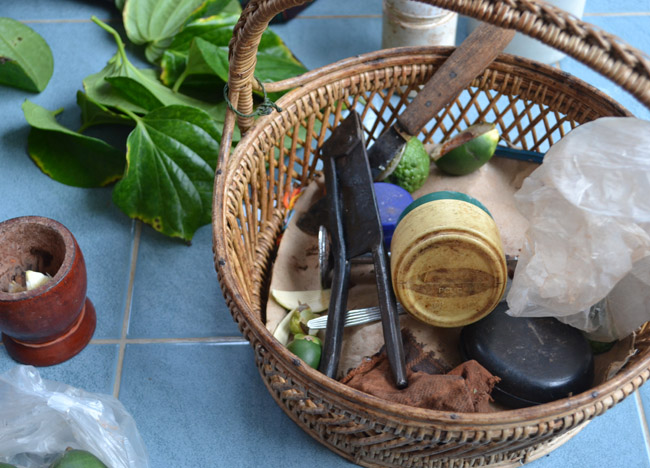 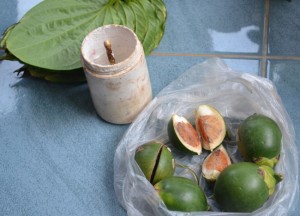 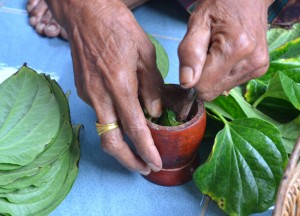 Elderly ladies in Nang Rong wear weathered, black teeth like a fashion accessory. Not always apparent at first glance but give the gummy ol’ grannies a tickle and out they come. The ones with no teeth the more hardcore Betel Nut chewers. But who needs teeth anyway? With tasty soups, curries and rice dishes in Thailand teeth only get in the way. The Betel Nut tradition has been around for thousands of years but is now dying fast. Younger generations are in short (to no) supply and it is rare to see Betel Nut chewers below the age of 70. Even those experienced chewers are now opting for a cleaner white paste to avoid the stained red colouring of lips and teeth. So why eat Betel Nut? Both Betel Nut and Betel Leaf are stimulant substances. Spending time with Betel Nut chewers they also appear to be addictive. Even more so when chewed with tobacco. Ladies don’t go far from their chewing kit and when not nearby they get distracted and go looking for their next fix. Not so different to smokers with tobacco or myself with hard liquor. 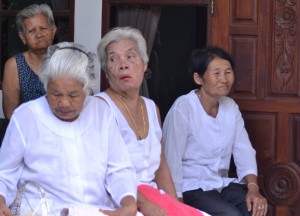 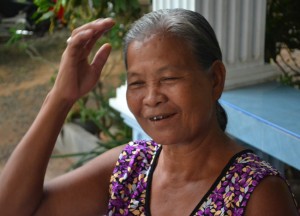 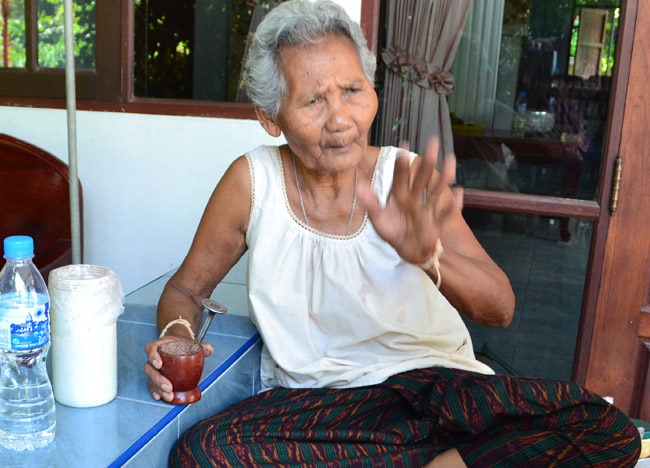 Where to Buy Betel Nut?

Betel Nut can be found at every local market in Isan (Northeastern Thailand) and is often peddled by red lipped ladies sporting their own wares. The lady pictured is found a few stalls down from the skinned live frogs at Nang Rong market. One of many Betel stalls in the market. A bag of the three chewing ingredients costs roughly 40Baht ($1.30) and will keep you chewing happy for close to a week. Where I now sit on the porch a Betel Creeper is scaling the fence next to us. Saving a trip to the market the ladies can pull their own leaves. These are self sustained betel chewers. 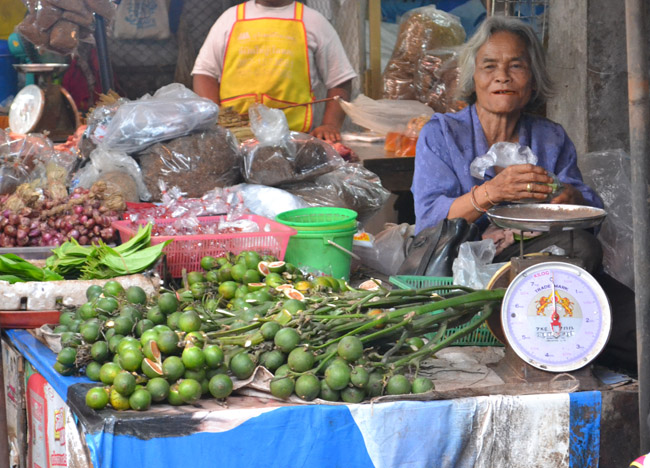 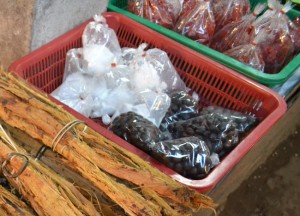 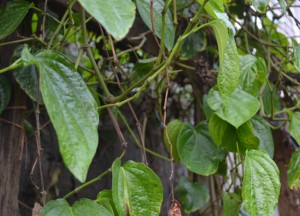 What’s with the Turtle in a Bag?

The turtle arrived earlier while we sat on the porch. Brought by a younger relative coming from the market. It will be presented to monks the following day during a ‘tor ar yu’ ceremony where the elder of the house is blessed by monks for future health and life. After the monks complete the ritual the turtle will be released into waters at the local temple. 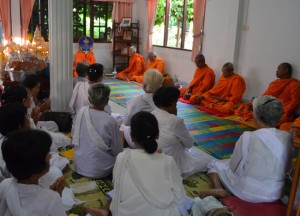 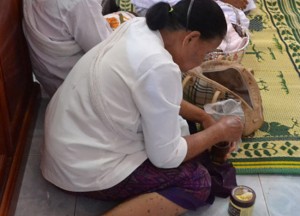