This year I was honoured with an invite to the ‘Asia’s 50 Best Restaurants’ events in Macau, a dream for any Asian food lover, sweetened by quite probably 3 days of the best eating in all of Macau. The event was to be held in Wynn Palace, one of the newest casinos found along Macau’s bedazzling Cotai Strip, which is a bit like Asia’s equivalent to the iconic Las Vegas Strip. So, along with Wynn Macau, they would be hosting us with what would maybe be best described as phenomenal food experiences through the 3 days of events. And the ensuing days would become a blur of fine dining, from the slap-up breakfasts served to my guestroom, to the massive macaron left on my pillow during turn-down service at night. 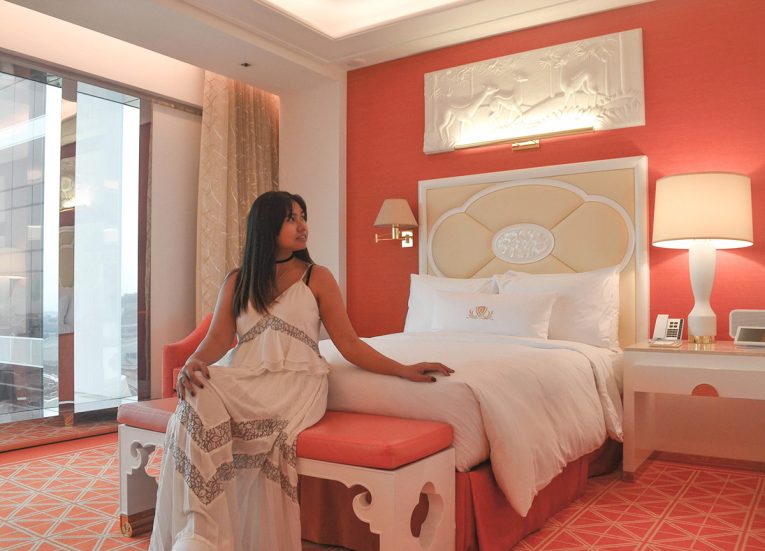 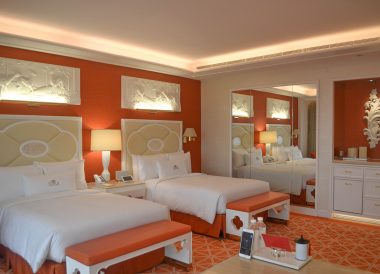 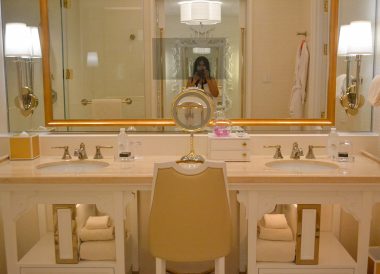 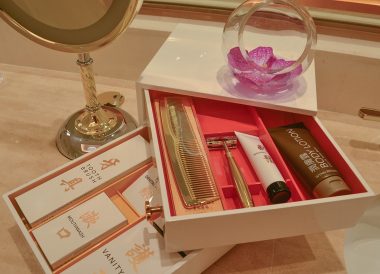 Our last visit to Macau was back in 2016, which was the same year that Wynn Palace first opened its doors, although we didn’t really know of it until the day we were leaving. This is when we passed the rather fantastic sky cabs along the Cotai Strip, dressed in dragons and gold, and we promised to start here on our next visit. So this opportunity feels almost like fate to me. And of course I was quick to jump on the sky cabs on my return. Only I was otherwise incredibly busy through the coming 3 days, as these resorts are not only massive with entertainment for many long holidays, but I was otherwise shuttling between resorts (both Wynn Palace and Wynn Macau) in a whirlwind weekend of unforgettable food. 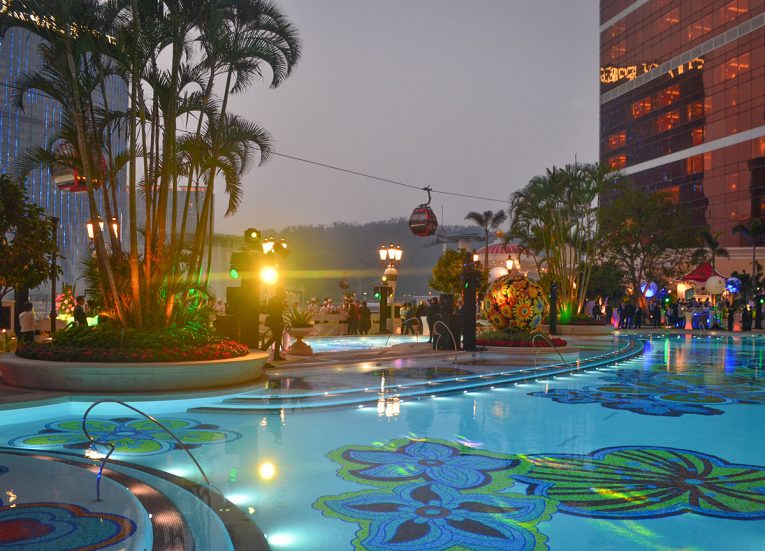 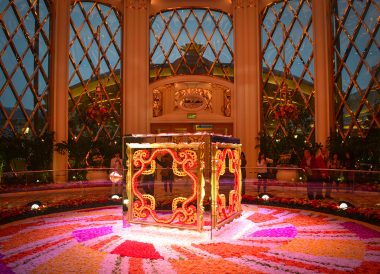 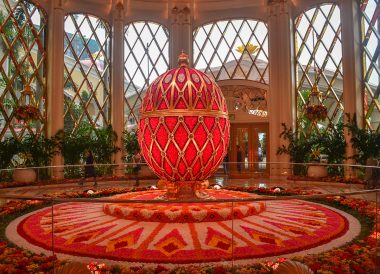 We have eaten through Macau in the past, at least at street level (and shared our Macanese favourites here), but this experience was set to be a whole lot more, with an invite to dine at the any of the on-site restaurants of either Wynn Palace, or Wynn Macau. For pretty much every meal of the stay. And this is a list that includes three Michelin Star Restaurants (Mizumi 2* and Golden flower 2* and Wing Lei 1*), not to mention the seemingly endless bites and nibbles from our hosts at ‘Asia’s 50 Best Restaurants’.  And for three days I was unable to go anywhere without the offering of drinks and snacks, and to share one of the highlights it would have to be the drinks of Cinnebar, at Wynn Macau (below).

A Diverse Range of Fine Dining

Macau is obviously heavily influenced by China and Chinese cuisine, and I admittedly did forgo the rather prestigious culinary experience that is the 2 Michelin Starred Golden Flower. Simply because I am safer with a 5-star steak, than a Michelin Starred sea cucumber (I love steak). But I did have some regrets in my dining choices, mostly having missed out on Mizumi, the two Michelin Starred Japanese Restaurant, after a last-minute rescheduling of flights. So on the night of the awards, I made sure to track down their sushi chef to get a taste of what I would be missing out on. Which just left me with further regret. As their sushi is just so goooood. 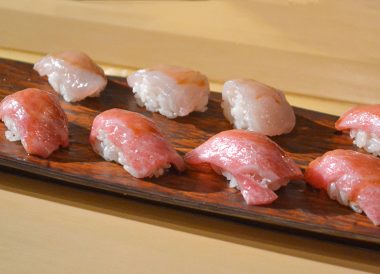 My photos at il Teatro will never do the food justice, as the lighting and ambience of the restaurant are set to share the magnificent surroundings, rather than Instagrammable food. But I am near sure the perfect photos would never do no justice either, as for me Il Teatro not only set the standard for restaurants to come, but it was my favourite throughout the three days. The food really was incredible. But this was to be expected, as Il Teatro, with its exquisite Italian fine dining, did once don its very own Michelin Star (and I’m guessing will soon again). And this was some of the most inspiring food I have had in a long time, not to mention the unforgettable views (below) over the dancing fountains of Wynn Macau’s Performance Lake.

I admit that steak was always top of my tick list before arriving, as a good imported steak can just be hard to find at times when in Southeast Asia. And the SW Steakhouse is one of the most sophisticated Steakhouses I’ve been to, with a seductive selection of imported steaks, as well as some rather tempting seafood options. But I obviously went with the steak. And my New York Sirloin was cooked to perfection, served alongside parmesan cream spinach, and Yukon Gold Potato Puree. And as with Wynn and Macau there is rarely a dull moment, where every 5 minutes the lights of the restaurant would dim, and a rather thrilling theatrical show of sound and light illuminates in the centre stage. Also, Key Lime Pie. 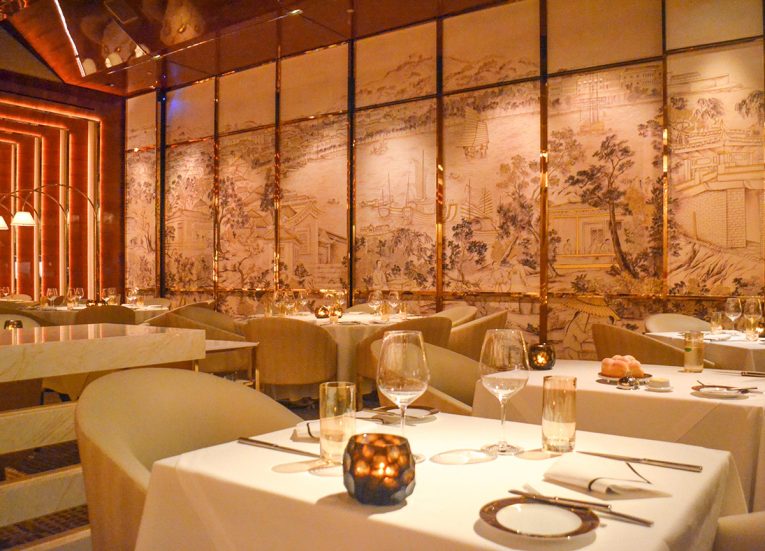 It would of course be wrong to visit Macau without indulging in some local Cantonese Cuisine, and with my cravings for steak out of the way, I make a visit to Wing Lei, which would be my first proper Michelin Star (1 star) dining experience at Wynn (not counting my quick bite at Mizumi). So Wing Lei is just a rather majestic restaurant, dressed in gold and red, which are a common theme in Wynn and Macau, given these are revered colours in China. The menu was then a mix of seafood and meat, a fancy surf and turf of sorts, including pork belly served alongside abalone, and crispy sliced beef with scallop and minced salty fish. To be honest, I wasn’t always certain of what I was eating, but this did add to the excitement of the what was very much a new and unique eating experience for me. 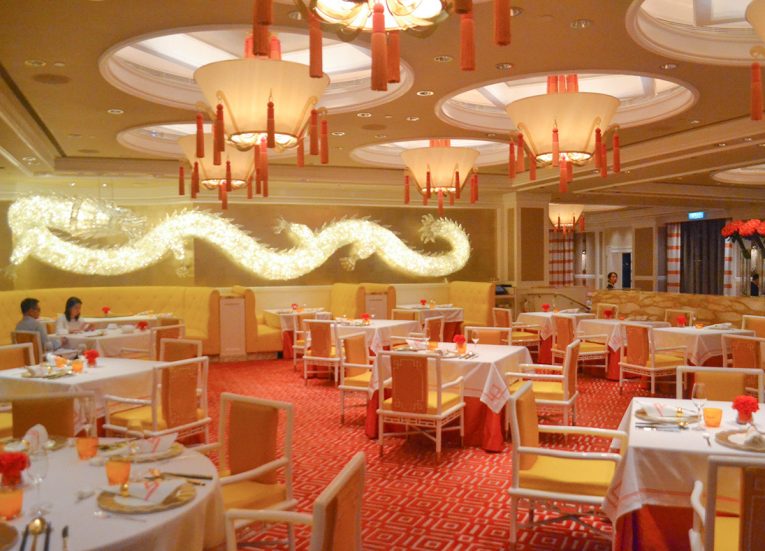 Last, but in no way least, I managed to squeeze in a lunch visit to Andrea’s before my flight, where I was plied with a whole load of wines, sake and champagne, that I barely made it to the flight terminal. I really didn’t want to leave. And while there have been wine and drink pairings throughout this entire culinary adventure, I at least had a bed in a five-star suite to return to. Anyway, Andrea’s offer a playful take on various regional Chinese cuisines, including three regions and cuisines which we are familiar to through travel, such as Sichuan (we’re obsessed with Sichuan food), Hunan, and Yunnan. But again much of it was very new to me, although with lots of heat and spice, it made an exciting menu to explore. From what I can remember. I may have had too many wines. 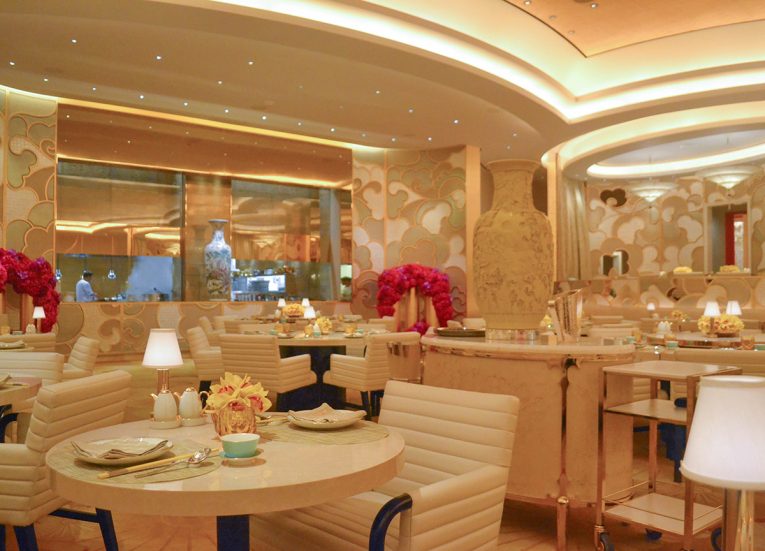 The sheer opulence of these resorts is just remarkable, and much of the fun in Macau is just getting lost within these massive casinos and what comes with them. In fact much of the time I forget we are actually in casinos. And in the entire three days I can say that I barely set foot outside of the resorts, unless I was shuttling between both Wynn Palace and Wynn Macau. Which takes around 15 minutes each way. And if staying at Wynn Palace I would definitely recommend making the transfer for Wynn Macau’s Performance Lake and the spectacular show of water, fire and light (timed at every 15 minutes through the evening). And if planning to explore further, the resort’s shuttle buses will bring you to both sides of the Macau (we shared 10 of the top attractions in Macau here). 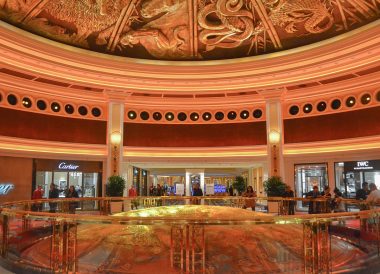