(Note. After 1 year of trading at the Sukhumvit Soi 29 location the Totoro Cafe is now closed. Will update new location when confirmed).
To-to-ro  Totoro, To-to-ro Totoro, Dareka ga Kossori Komichi…. I really don’t know Japanese. Sooo Bangkok is now officially home to the first ever licensed Totoro restaurant, or the ‘Bangkok Totoro Cafe’ as we call it, found at ‘May’s Garden House Restaurant’, which is pretty much on our doorstep in Asoke (Location: Sukhumvit Soi 29 between Asoke and Phrom Pong Skytrain Stations). And you will probably have noticed our occasional hint to our love for the massively cuddly cat/bear/raccoon thing, through the occasional hat, or badge, or Fanfan just wearing a massive ‘cat bus’ on her head when at the Modern Toilet Restaurant in Taipei (below left). As we (mostly Fanfan) not only have a keen interest in Totoro, but are unlikely connoisseurs in the cute cafe and coffee shop cultures of Asia (again, mostly Fanfan). So we were obviously excited to go check out the Bangkok Totoro Cafe. 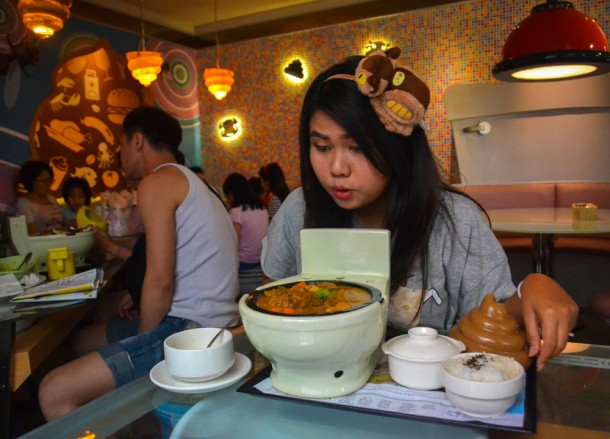 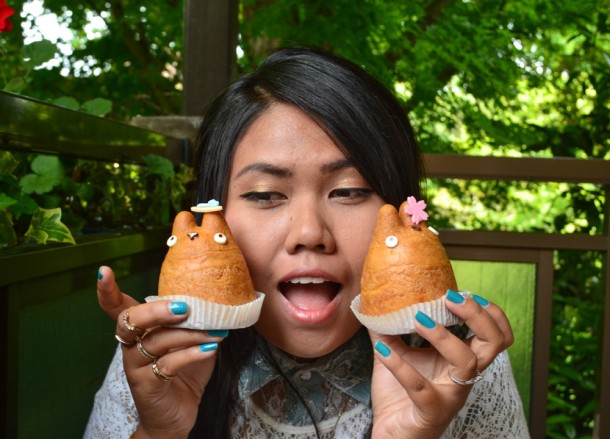 “May’s Garden House Restaurant”, aka the Bangkok Totoro Café, is said to be the first official restaurant licensed by Studio Ghibli. But, at the same time, we find it hard not to draw comparisons with Tokyo’s “Shirohige’s Cream Puff Factory” (above right), which not only specializes almost specifically to Totoro, but also shares a menu of coffees, desserts and various restaurant eats. So, from the outset, the nearby location of Asoke was going to pale in comparison to earlier misadventures through the Setagaya backstreets of suburban Tokyo. “Hajimemashite”. And while it may not share the same magic for us in Bangkok, I don’t think many are willing to fly to Tokyo just to eat Totoro designed desserts. Anyway, following a five-minute walk from our doors, we arrive to a surprisingly tranquil and serene setting, feeling miles away from Sukhumvit’s noisy traffic, and just as Totoro would have liked it. Yet it’s only 100 meters or so along the soi. 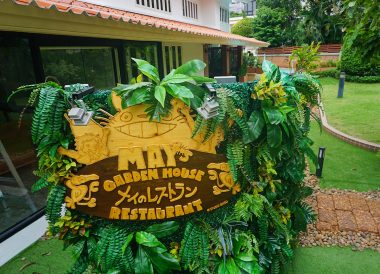 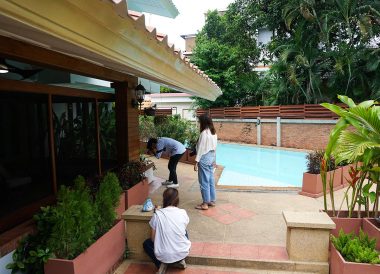 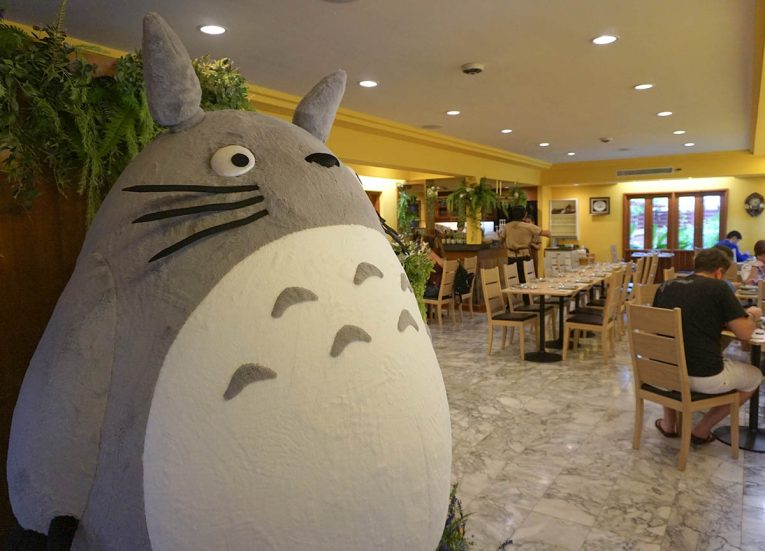 The venue of the Bangkok Totoro Cafe is otherwise unexpected, with an outdoor pool area, which may seem a little lavish than Satsuki and Mei’s (May’s) expectations. At the same time, I don’t really feel the location was in any way meant to replicate that of ‘My Neighbour Totoro’. But what is it’s purpose then? Well it’s pretty much just a converted Thai house, decorated in toys and memorabilia from the movie franchise, selling ridiculously cute food and desserts. Which are expensive for Bangkok’s standards, as expected (300+ Baht for desserts), although this shouldn’t really effect the cute, selfie-obsessed revelers in which the cafe targets. As most visits will likely be a one-off, a novelty, and the Bangkok Totoro Cafe will likely be a success regardless. Anyway, the central features include a rather massive Totoro greeting customers to the cafe entrance, as well as a Totoro themed stained glass window. It is no doubt cute, and to a lesser extent enchanting, although the works of Joe Hisaishi that play throughout (such as Kaze no Toori Michi (Path of the Wind) will make even the bleakest of cafes feel magical. 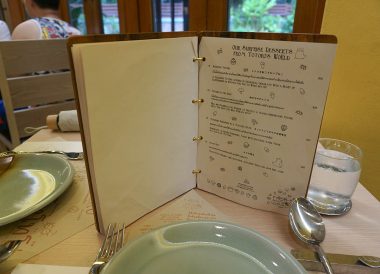 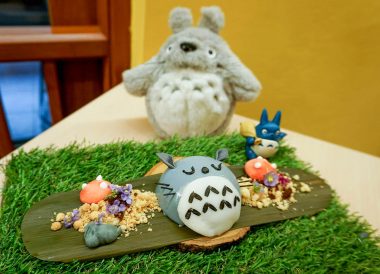 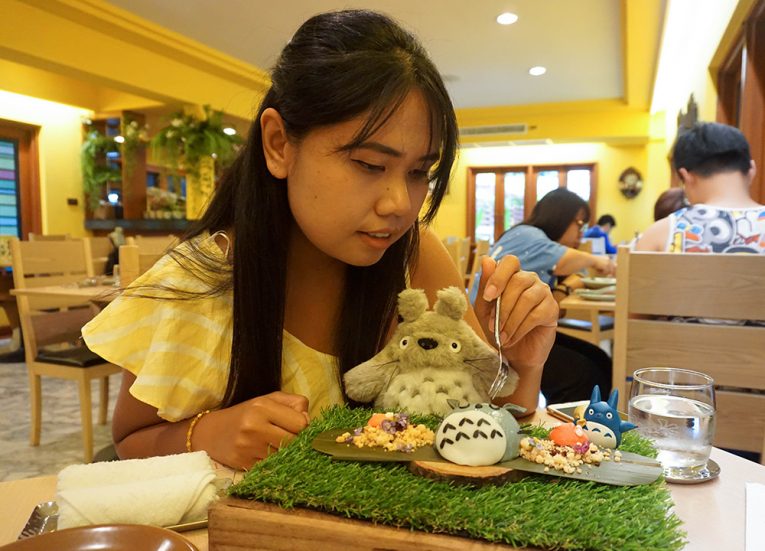 The Bangkok Totoro Cafe only opened doors weeks ago, so it does feel much like a work-in-progress on this visit, with sparsely filled shelves, and an upstairs still closed to the public. Many of the early clientele also seemed to be photographers and bloggers, who lined up various angles around the cafe grounds. So the Ghibli magic hasn’t arrived quite yet, and the cafe is still to find its character. At the same time, my expectations and Fanfan’s were contrasting, and in many ways opposite. As I felt there should be more story behind the creation, maybe some official Ghibli artwork similar to Shirohige’s Cream Puff Factory, and just a closer connection to Hayao Miyazaki’s creation. Whereas Fanfan wished for more Totoros, and ‘Fung Fing’, which is like the Thai equivalent of Kawaii. Anyway, we will probably be back at some point, after it has had time to settle, but for now we’ll make do with the adorable meals and desserts shared on the Totoro Cafe Facebook. 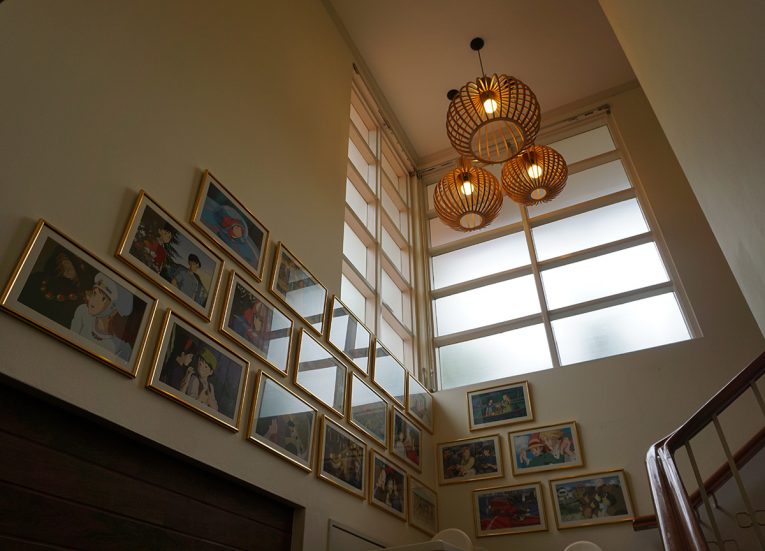 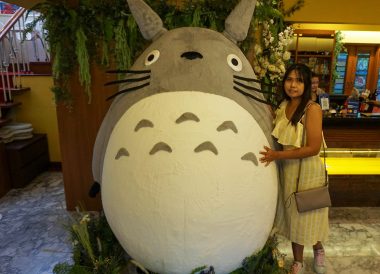 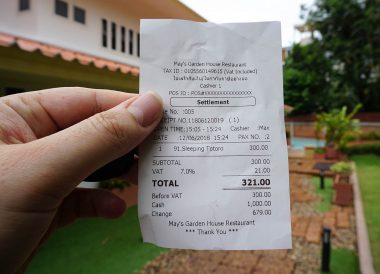