In the past we’ve been to Phuket a handful of times but it wasn’t until our recent visit where we venture to the southern beaches, famous for white sands and over-development. Phuket island, which is in fact not much smaller in size to Singapore, is mostly developed in the south, and these areas are renowned for being overly touristy and run by scams and mafias. The beaches were known for being strewn with beach loungers and hard-sell, and to get around there was next to no public transport because of taxi mafias charging roughly triple elsewhere in Thailand. More recently we heard this had changed with a cleanup of the area by the army following the 2014 coup. We go to check it out. So the beaches do look to have cleared as we travel through Kata, Karon and Patong, staying a few nights along the way, but the ugliness of tourism remains in the persistence of taxis, tuk-tuks and cheap suit salesmen. It is hard to walk a few meters on the streets without being pestered by someone, and the depth of tourist scams quickly became obvious when the local FamilyMart tried to pad my bill in Patong. Personally I wouldn’t recommend any of the southern beaches in Phuket although they’re probably fine if you’re flying in from abroad, for a quick break, beach life, nightlife, hedonism and western comforts. Otherwise I’d avoid the southern beaches altogether. In past travels we’ve come across a handful of alternative island experiences on, and around, the island and in the Phang Nga island region. Regardless of where we stay, there will always be the same tours offered and opportunities to experience the surrounding scenes of the Andaman. Anyway, for a more extensive list of destinations here’s a decent article on where to stay in Phuket. Otherwise these are our recommended escapes in the region. 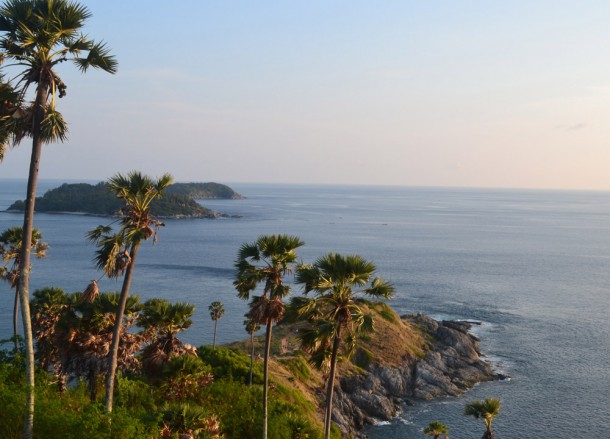 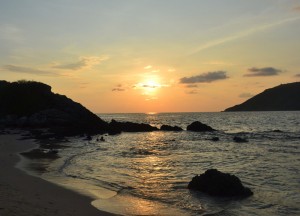 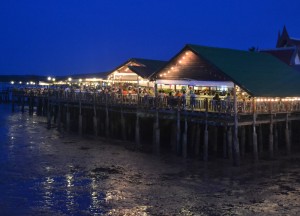 While still located in the south of the island, Phuket Old Town is no doubt less visited, and more intriguing than elsewhere in the south, certainly when it comes to culture and heritage. This is the old city of Phuket, an area of colonial shop houses, century-old Sino-Portuguese architecture, local Chinese temples and to my surprise a bit of old world charm. It brings only a trickle of travellers and many of them will be domestic or ASEAN tourists, rather than western crowds who are generally found on the beaches. It has, however, become a bit artsy and hipster (as with popular colonial areas e.g. Georgetown, Penang) but thankfully this isn’t yet overbearing or found to an annoying extent. For now Phuket Old Town still thrives with traditional trade, authenticity and a unique and mixed Thai and Chinese heritage. Also, the food is alone worth the visit where around Soi Thalang there are many unique restaurants and menus with not only traditional southern Thai foods, but Chinese influenced dishes. All at surprisingly tiny prices considering the surrounding areas. While much of the south is void of public transport, due to taxi mafias, this area remains easier to travel to and from and there is little likelihood of hard-sell or being scammed. List of Old Town hotels here. 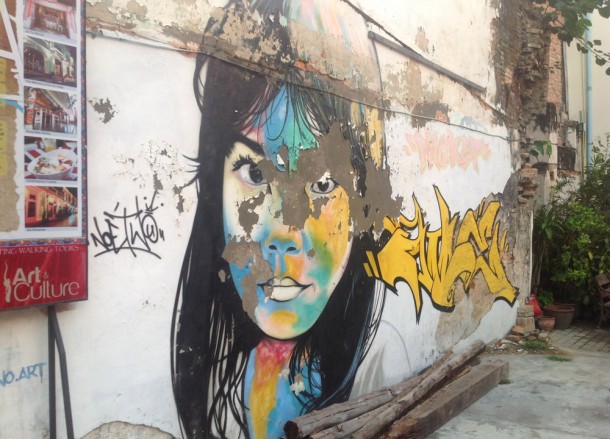 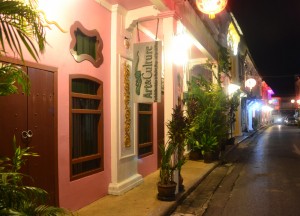 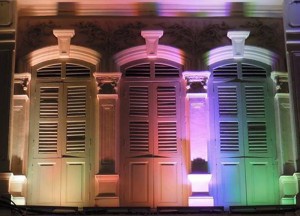 An obvious alternative to the south would be to travel north from the airport and in doing so Mai Khao Beach is hard to look past. This area offers the perfect escape from the over-development of the south and feels like a completely different island in comparison, void of tourism, yet with just enough to keep you excited and entertained. To date there has only been a handful of resorts developed in the area (Mai Khao hotels here), almost all high-end, and very few tourists see past the boundaries of their resorts. This means the beaches are clean and tourist-free and have little more than twigs, footprints and sand crabs. During our most recent stay on Mai Khao Beach we explore the area by bike, circling the perimeter of an inland lake and along the beach road, passing almost no-one. At the time a morning rain shower had just ended and the sun was beaming on the ging-ga garden lizards who came out to bask on the lawns, paths and rocks which line the beachfront. Loads of them. Hopping between the trees and grass below are hoopoe birds picking at grubs with their tapering bills. Mai Khao beach is a beautiful area to escape to, and the abundance of island wildlife is fascinating. We’ve now stayed here twice escaping to pool villas at Anantara (our review) and Sala (our review). 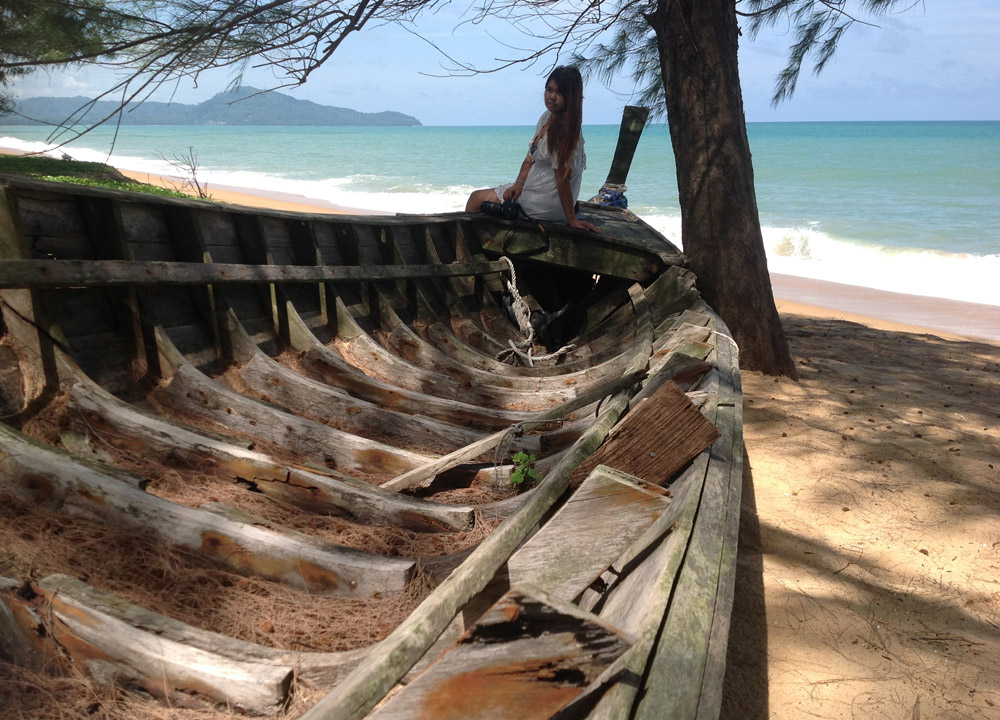 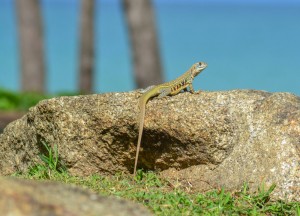 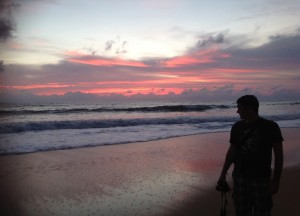 Ko Yao Yai is the largest of an island group found 2o minutes east of Phuket in Phang Nga Bay. So I won’t claim Ko Yao Yai to be the most exciting or picturesque island in the region, but it does have unique charm in culture and again is almost empty of tourists. The island of Ko Yao Yai is 90% Muslim (10% Buddhist) where many locals are of Malay or Indonesian heritage, and this is reflected locally in dress, architecture and (unfortunately) lack of pork and alcohol. They can be still be found at hotels, resorts and the occasional tourist restaurants on the island. Traditional trades here are in fishing and farming, and among unique island sites are the drying of anchovies (pla ching chang) and cashew nut trees. The island offers an easy vantage point for island hopping in the Phang Nga region which is definitely worth doing if never before. To reach Ko Yao Yai the quickest route from Phuket Airport would be from Bang Rong Pier in the northeast, where speedboats travel regularly to Ko Yao Yai (full details of travel options here) and forward to Koh Yao Noi (hotel list here), the smaller island of the archipelago, also worth considering. In the past we’ve stayed in two locations on Koh Yao Yai including an unforgettable stay at Santhiya Ko Yao Yai (our hotel review here). Full list of Ko Yao Yai hotels here. 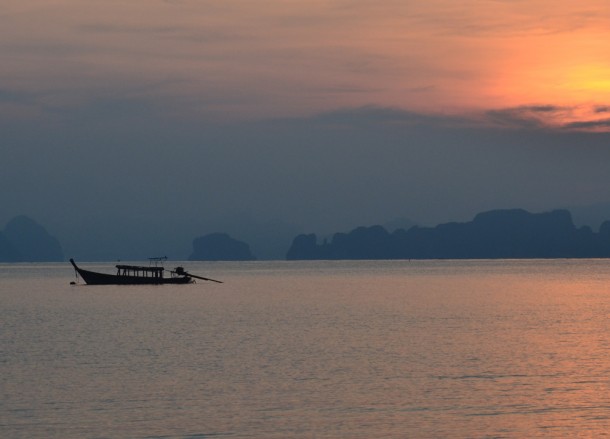 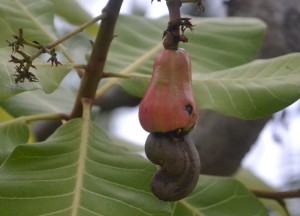 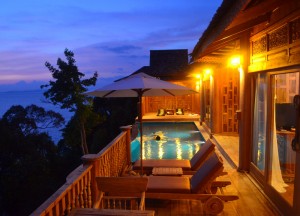 Located just off the east coast of Phuket the small island of Koh Maphrao is dominated by two resorts; the Village Resort and Jindarin Beach Villas while the rest of the island goes untouched. On our visit we do stay at The Village (our review here) and leaving its boundary it isn’t far to find unique and authentic local life. In surrounding villages the locals appear somewhat surprised to see a tourist pottering beyond the safety of the resort. Many stop to say hello, wave, and one insisted on talking to me about fishing and prawns, for some reason. On the beachfront local kids launch a fishing boat, and fishermen fix nets and chisel on old wooden boats. The communities on Ko Maprao, as expected, are local fishing communities, but travelling inland there are also dense forests and a lot of rubber tree plantations. Travel between Ko Maphrao (Coconut Island), and the mainland of Phuket, is quite simple with cheap ‘water taxis’ leaving Laem Hin Pier in Phuket, starting 06.00am and finishing at 23.30pm. The same goes the opposite. Laem Hin Pier is also worth the visit for the floating restaurants and cheap Southern Thai food at Laem Hin Seafood. 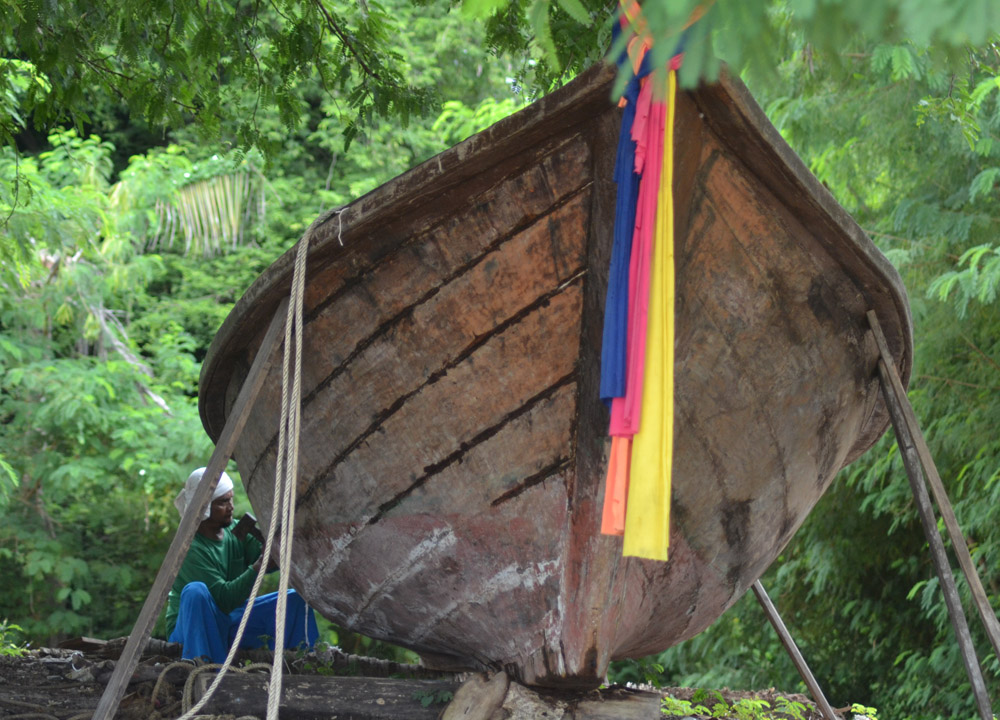 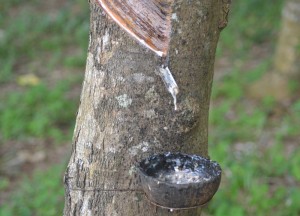 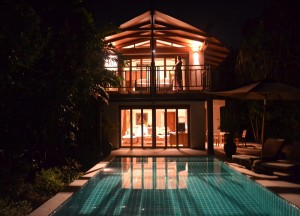