I would never expect people to travel from Bangkok to Korat for their malls specifically, but I personally spend near half the year in the further flung rice fields of Isaan, so our visits to Korat (aka Nakhon Ratchasima) are more for long-lost comforts in the best malls in Korat city centre. “They have air-con and everything…”. And while backpackers complain that “the last thing Thailand needs is more malls”, in fact malls are exactly what Thailand needs, because the 30’c heats outside are relentless, and the ramshackle public pavements are crap. So these malls give Thailand a new lease of life in the daytimes, and that’s why they keep building them. Anyway, locally they are a Godsend, and Korat, as the Gateway to Thailand’s northeastern region (Isaan), is ever-growing in population and with connections to the outside world (e.g. the high-speed rail connection penned for completion in 2021). And so the malls keep coming. However I should point out that I have absolutely no interest in shopping in the malls in Korat city, as there’s few things I hate more that shopping. But there are also the cinemas, the restaurants, the food courts, and just the pleasing comforts and aesthetics which really aren’t found outside in the surrounding city. 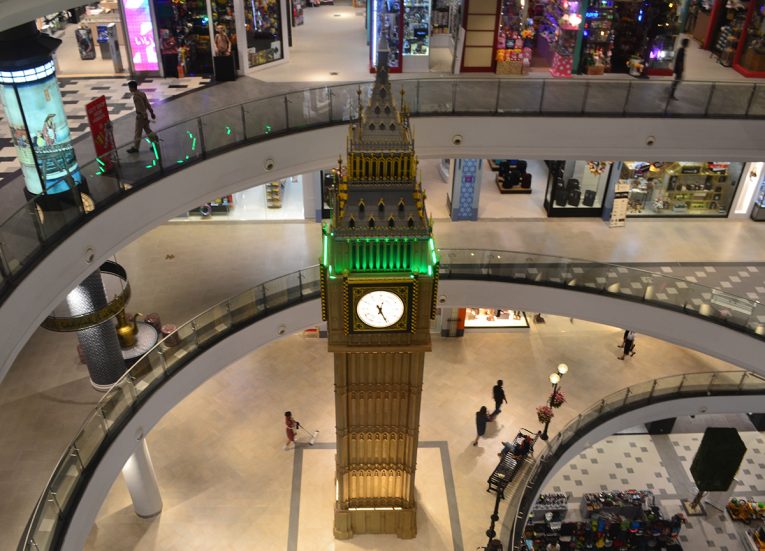 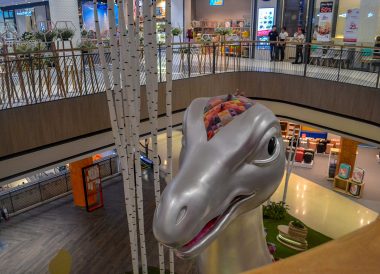 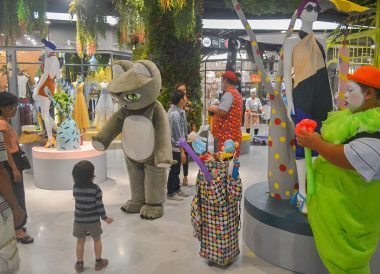 From a tourist and visitor perspective, I would say the best of the malls in Korat City centre is Terminal 21, simply because there are additional attractions, such as the free observation tower which offers by far the best views of Korat from above. Although I can’t say it is yet the most exciting cityscape. Otherwise I would say that the Terminal 21 in Korat is even steps ahead of the original found next to us in Asoke, Bangkok (originally named Terminal 21 due to its location on the corner of Sukhumvit 21) which pioneered some awesome design concepts as it replicates an airport Terminal, with each of 7 floors themed on different destinations around the world. Even the bathrooms are custom themed at Terminal 21, and the toilets are an attraction in themselves. So Terminal 21 is  the perfect example of how the best malls in Korat city are coming on par with their central Bangkok equivalents. Terminal 21 Korat website here. 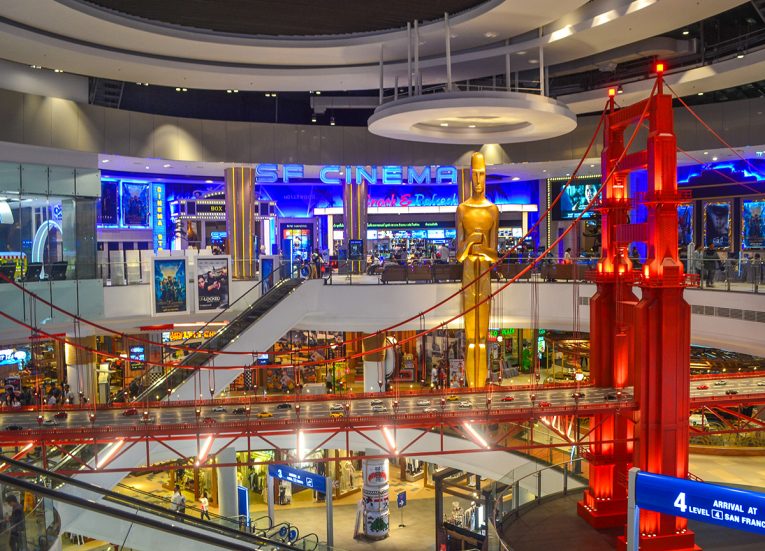 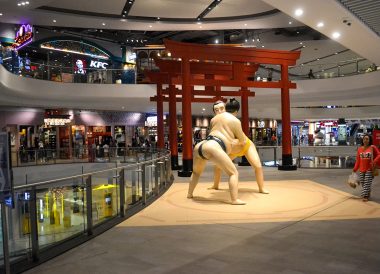 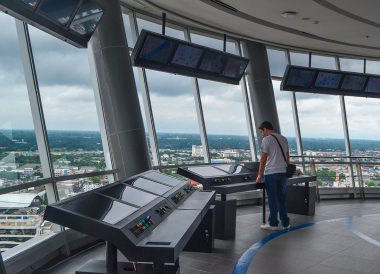 Our visit to Central Plaza Korat was shortly after it’s opening (Nov 2017), and therefore we have seen it more as a work-in-progress, as it would otherwise likely be contesting for the Top Spot of our best malls in Korat City. And again we couldn’t help bear comparisons to its Bangkok counterparts like Central Rama 9 and Central World even. As I have a feeling the Central Plaza mall will become central to seasonal festivities with its surrounding compound. Design-wise it is modern and curvaceous with a bit of an interior tropical feel, with indoor fountains and gardens, finer detail of smaller spaces, and intimate alleys. Almost as selfie-tastic as Terminal 21. But not quite. But overall it is new and inspired and really quite exciting for Korat. And the food court at Central Plaza would be the best of Korat’s 3 malls, or at least it looks more sophisticated and high-end. Central Plaza Korat Website here. 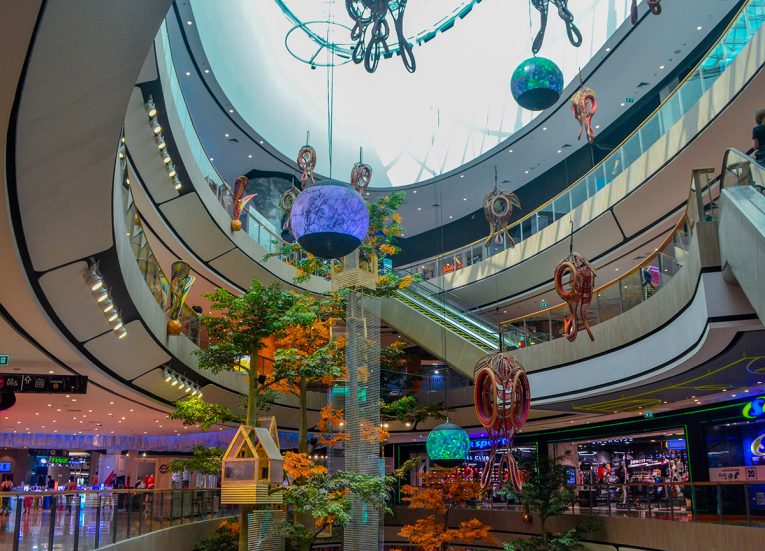 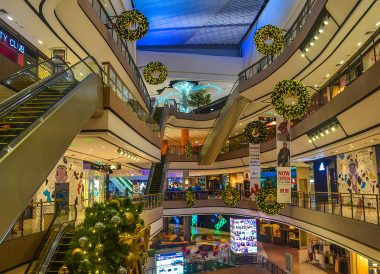 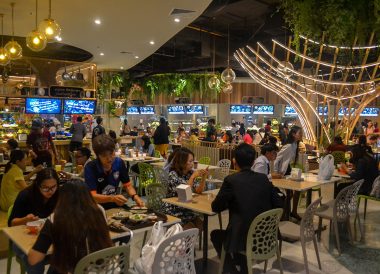 I really don’t have many decent photos to share of the Mall Korat, although it’s not so much that it’s an ugly mall, but that it has been there so long that I never felt the need to share it. On the other hand I was at both Terminal 21 and Central Plaza shortly after their initial openings in the past couple of years (2016/2017). In fact the image below (left) was back in 2013 and I’m near sure is nothing likes its current state. As the Mall Korat is continuously updating to keep up with the other spankier new malls in Korat city centre, including a new waterpark, and Snow & Ice Planet and just other fun stuff that make it a good place for the kids. Otherwise the building is to some extent dated, at least in comparison to the newer malls of Korat City. But we would still be there more than the others, simply because of logistics, as it would be the easier to reach of the 3 malls as it has always been somewhat of a central hub for passing busses and transport. Although none of the malls are really central to be honest. The Mall Korat Website here. 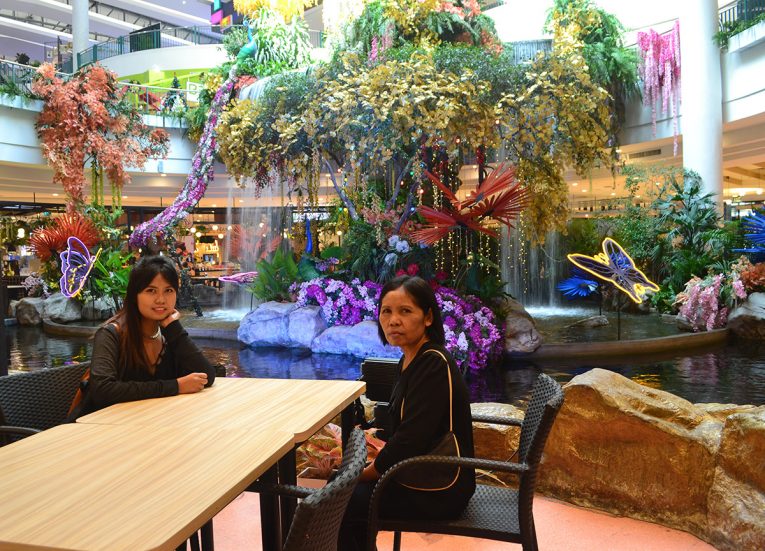 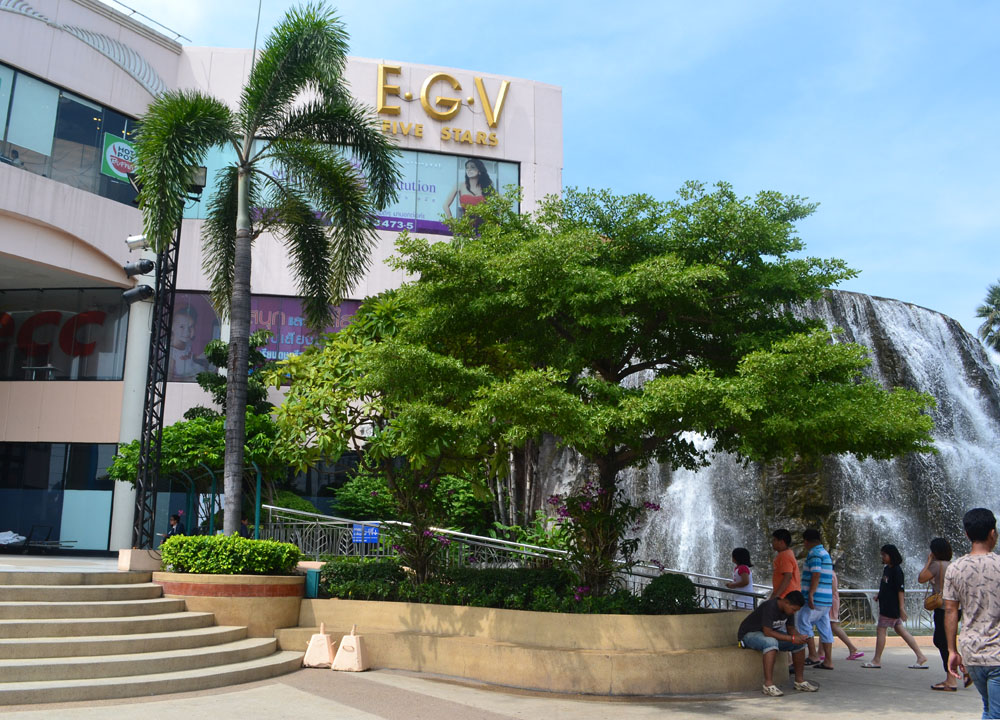 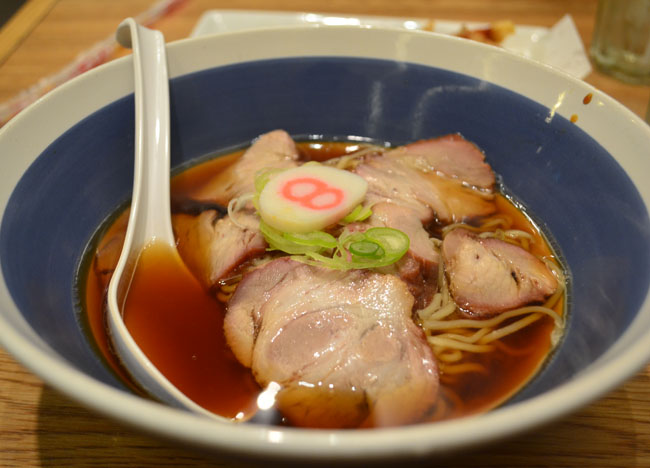