When in Isaan I would cycle pretty much daily in the local village and through the rice fields, a habit which I have taken to many destinations, apart from Bangkok, as it really isn’t well known for being a bike friendly city at all. Because the city centre areas will always be near impossible to find safe bike friendly cycle routes, and while Bangkok did introduce a smart card bike sharing scheme in the busy city districts (Pun Pun Bike Share) to encourage cycling in Bangkok, I can’t say I’d risk it. As you obviously can’t cycle on the pavements in Bangkok, given you can barely walk on them, and Thailand just overtook Lybia as having the most lethal roads in the world. So with the taxis, the tuks-tuks, the motorbikes, and just the notoriously shit driving of Bangkok it will likely never be close to a cycle friendly city. And while I did consider the laneways of the Khlongs (canals), and maybe just the quieter ‘burbs and sub-sois, I wouldn’t dare the main roads otherwise when it comes to cycling in Bangkok. 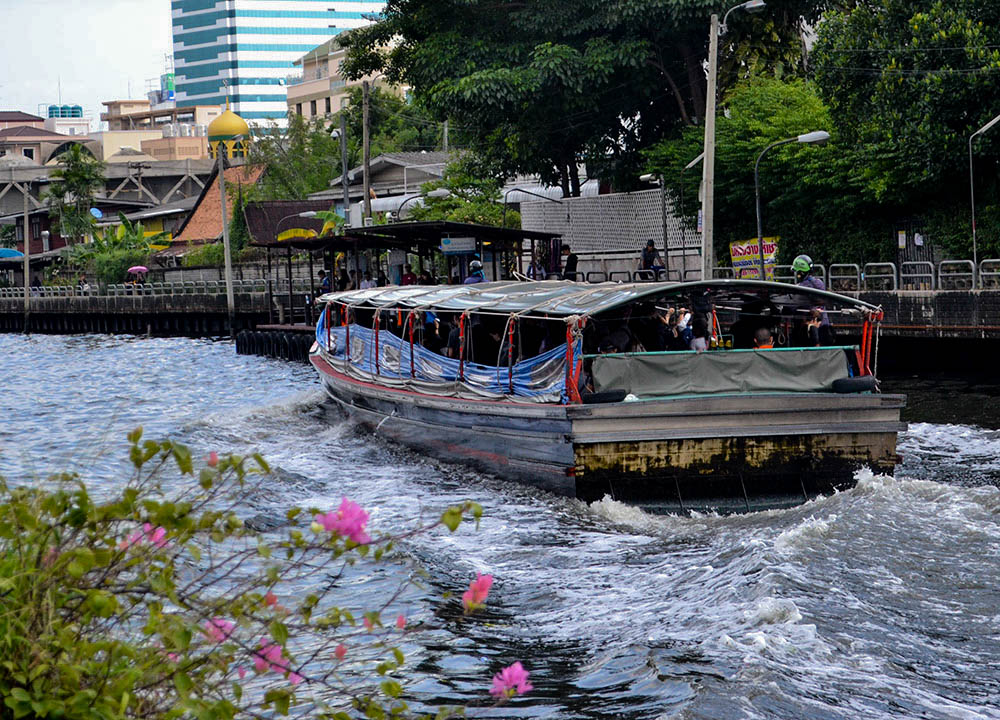 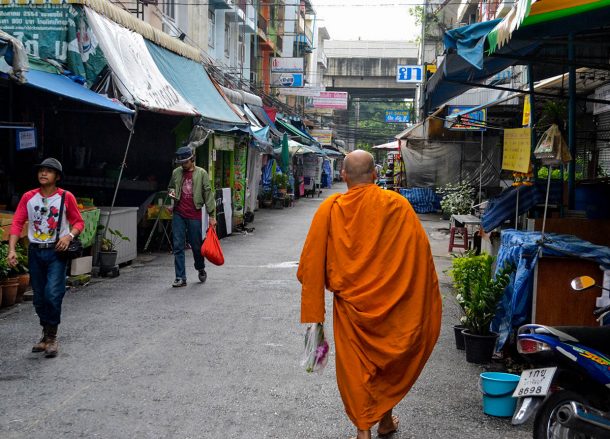 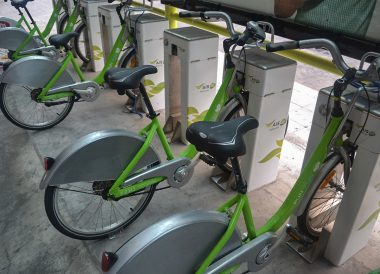 Most cycling in Bangkok would be found at the various parks of the city, although the smaller central parks would not be best for cycling and forbid it (e.g. Benjasiri Park). However the larger parks are otherwise ideal for cycling in Bangkok, and encourage it with sepearated cycle lanes, including two of the better at Lumpini Park (MRT: Lumpini BTS: Sala Daeng) and Benjakiti Park (MRT: Queen Sirikit). Both also have bike rental. So Lumpini opens for cycling between 10:00AM – 03:00PM, and Benjakiti Queen’s Park which has a 2km cycle path circling the central Lake Rajada opens 06:00AM – 09:00AM and 16:00PM – 19:00PM. It is also possible to cycle between the two parks follwoing a pathway, occasionally elevated, that links between them. Also another of the better parks, which has the longest bicycle lane for cycling in Bangkok, would be Suan Rot Fai which is found next to the better known Chatuchak Park (MRT: Mor Chit). Again there is bike hire at the park for the more leisurely cyclists. 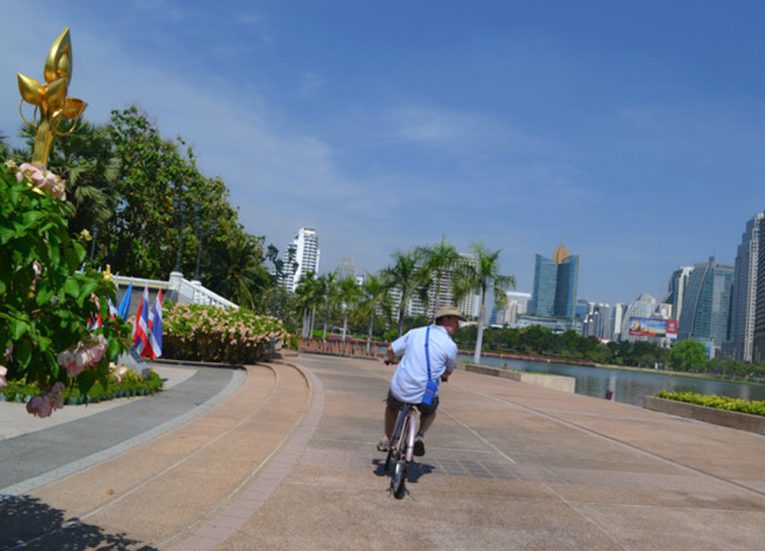 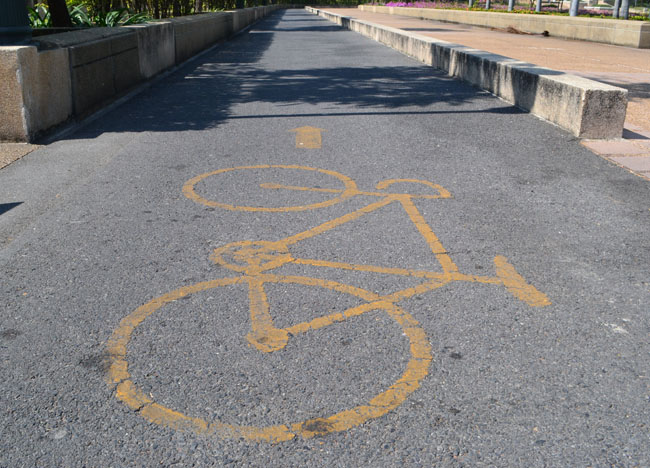 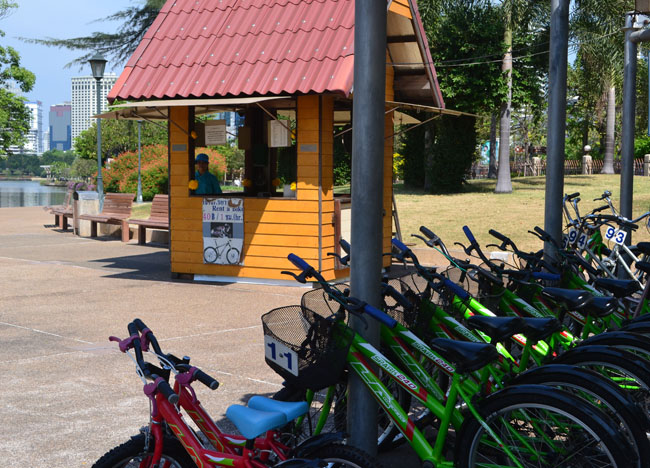 Cycling has otherwise taken off in the more amiable old city areas of Rattanakhosin Island, which have bike lanes paving the way for cyclists along various streets by the Chao Phraya Riverside. Phra Athit Road here would be the ideal starting point with a number of leisurely cycle routes along with some rather fantastic views of Bangkok’s serene river scenes, including the backdrop of the famous Rama VIII Bridge, and the old white fort of Santicha Prakan Park. It’s just a really nice area to explore, and has some great food in the areas as well. It is also an easy area to rent bikes now, if needed, and bike clubs are common along with off-the-beaten-path bike tours that start from this area. Evenings are always best after work hours and the unrelenting heats of Thailand’s daytimes. 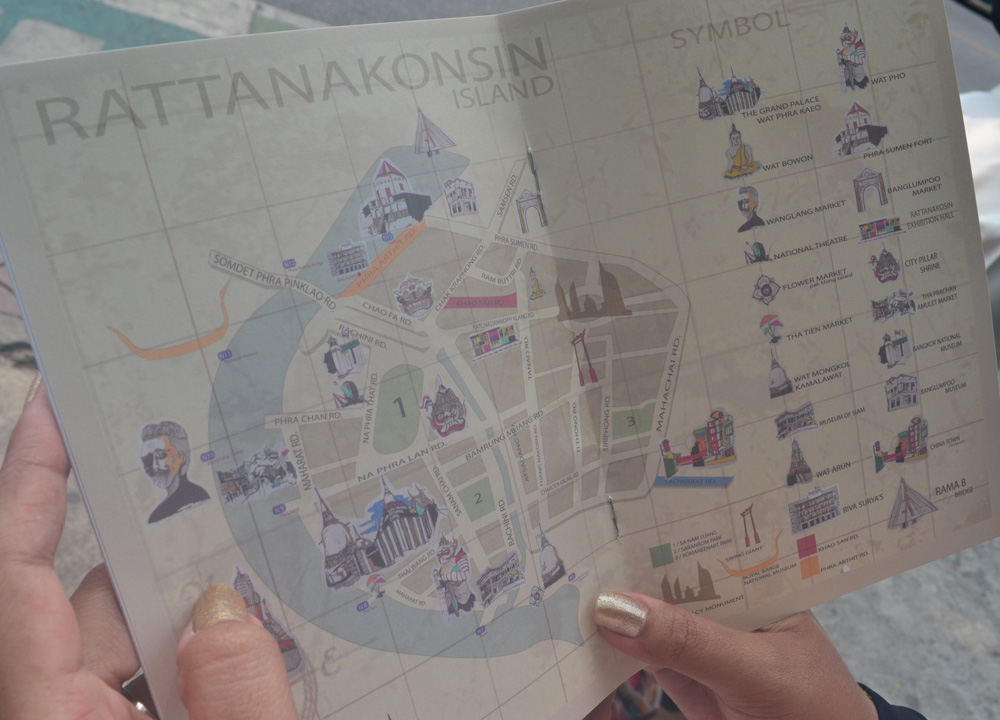 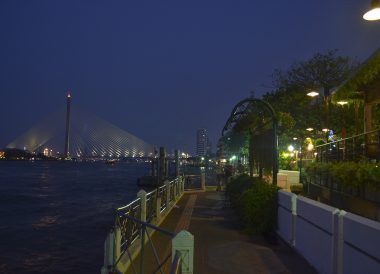 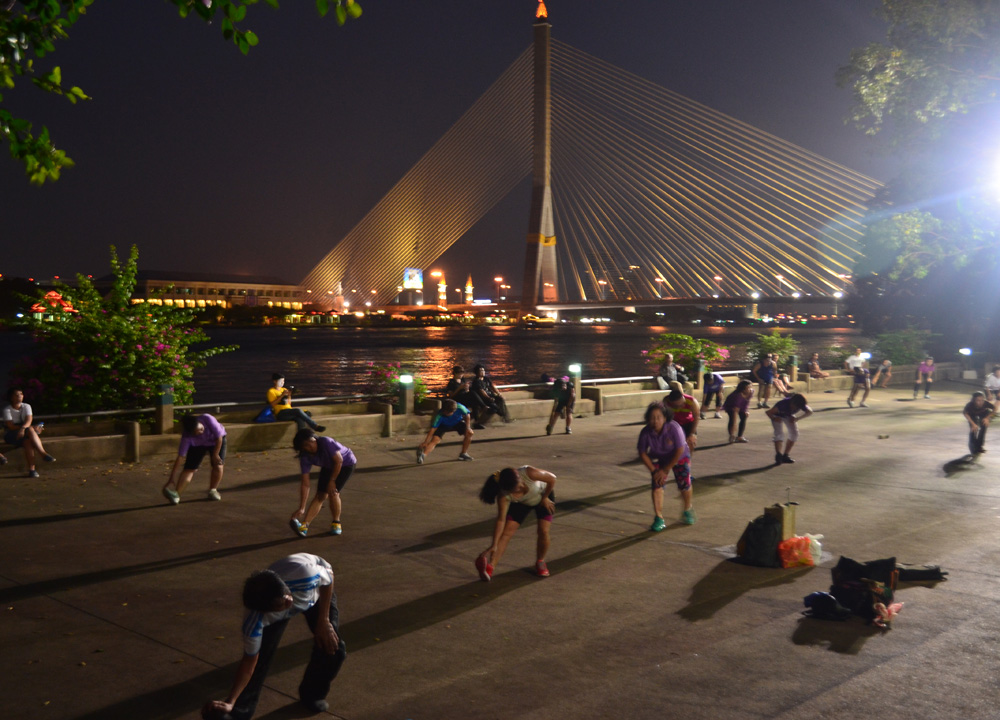 Koh Kret island is foremost famous for its unique Mon pottery heritage, as the island was inhabited long ago by Mon refugees after fleeing their homelands in Burma, to settle in Koh Kret, and traded in terracotta-ware jugs and bowls. It is also a relatively small island with next to no vehicles, as well as bike hire, which can easily be discovered by cycling along a well signposted ‘circular route’. All main attractions are relatively close to the arrival pier e.g. Wat Poramai, before cycling out further, as the more exciting experiences are found in the less trodden parts of the island. As Koh Kret Island is just surprisingly beautiful elsewhere; peaceful, serene and green and perfect just to cycle around, explore and escape the city bustle of Bangkok. Weekdays are always quieter, although weekends are hardly busier anyway. The Koh Kret pier should cost around 200 Baht by taxi each way from the central Bangkok areas. 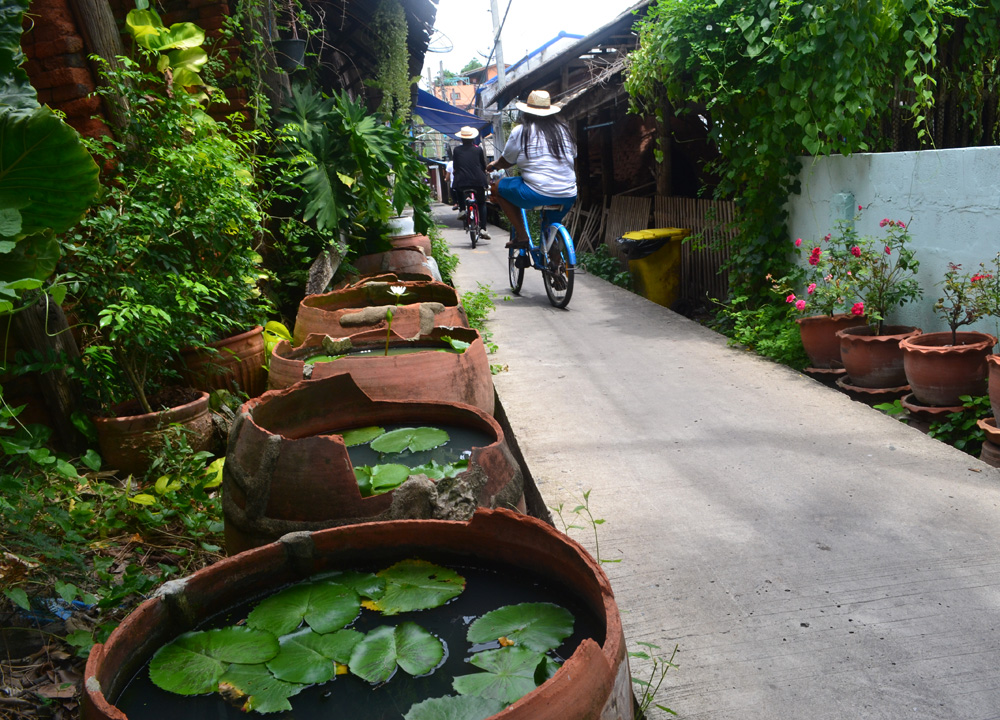 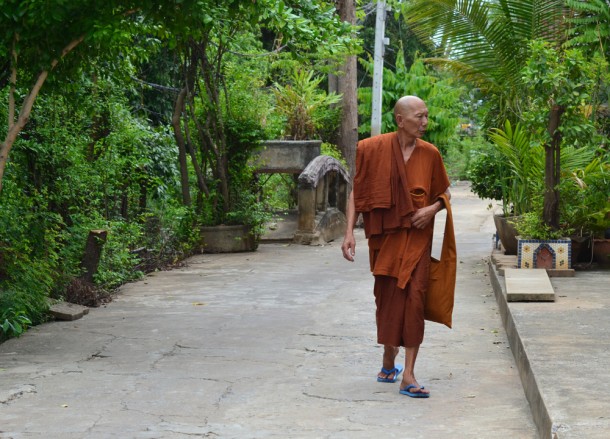 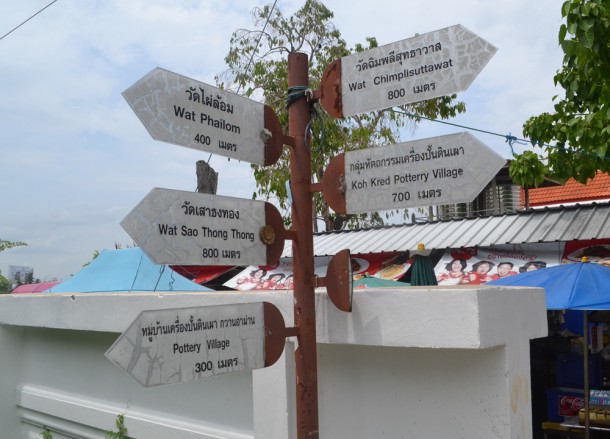 3 thoughts on “Biking in Bangkok: A Beginner’s Guide”