Leaving Bojnice, a small town in central Slovakia, we next arrive to Budapest in Hungary. This would be our third country of our winter road trip and for me it would be my only night off before driving south to the borders of Croatia. To make our visit to Budapest easier we decide to stay in a hotel outside of centre in the Pest area with plans to use the Budapest Underground Metro system to travel to the main attractions. So arrive to the city, we check-in quick to the hotel, and pretty much throw our bags into the room, before rushing to catch sunset over the Danube river. 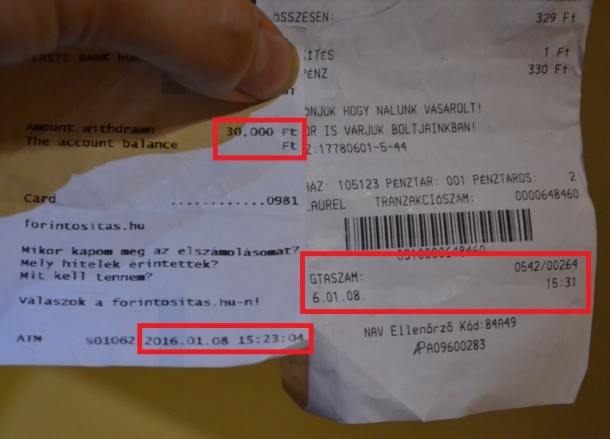 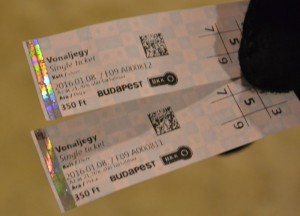 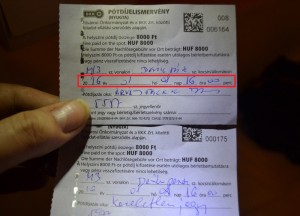 Leaving the hotel I  withdraw 30,000 Hungarian Forint from the nearest cash machine (15:23pm), which would do us until we reach Croatia in two days time. Next we cross the road to the Pottyos ucta underground metro station and look for help or advice to get on the trains. There was none, whatsoever. Instead, we press buttons on the ticket machines until some fella tells us it’s out of order. He points us to the one next to us and we move there to try and buy two single tickets using a 10,000 Forint note. But they don’t take 10,000’s so we instead get change at a nearby snack kiosk buying a Coo Cappy Ice Fruit juice (15:31). So it costs 350 Forint for single tickets, which is around 1 Euro. It’s extremely cheap here. Now, with no idea what to do next, we have few option but to follow the flow of traffic to the platform and we board the train. It’s all very exciting. Budapest’s underground is beautiful, in an ugly kind of way, outdated, stale, and it feels a bit like riding a museum. Along the way I have my camera out and am photographing everything. I was really enjoying myself. Then, as we change platforms, we are approached by two men. They stop us, tell us our tickets are wrong and fine us 8,000 Forint each (14:00pm). We were fined 16,000 Florint, roughly £38 quid, and we had barely been in Budapest for an hour. The reason we were fined was because Budapest’s underground metro system is seriously shit. 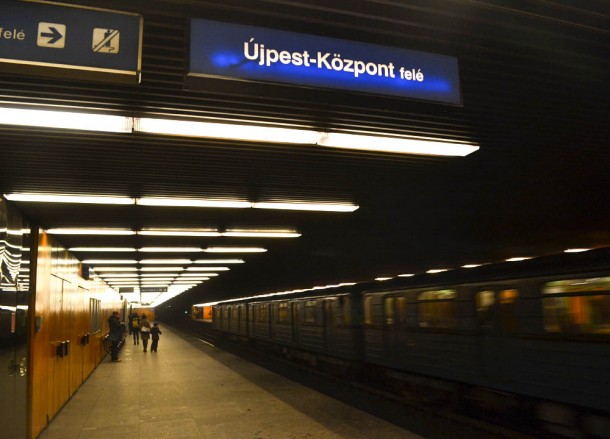 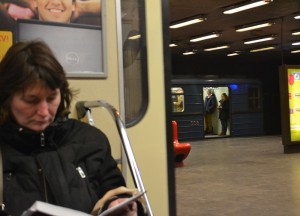 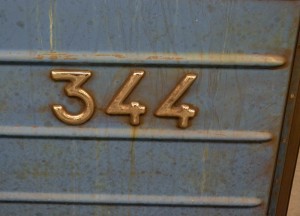 What Did We Do Wrong?

We were wrong in that we expected Budapest’s Underground Metro system to be like any normal city metro line. Throughout the world we’ve travelled on umpteen metro systems, probably close to triple digits, and they’re all pretty much the same. Pay for a ticket, pass through gates, then exit more gates on the opposite end. It’s all very simple. I learnt this process in primary school. But Budapest still haven’t caught on. Instead they set up an odd orange pillar box, which looks similar to a parking meter, which on our return journey, we find stood next to the shop in the center of the station (look at it, pictured below). Single journey passengers must stamp their tickets at these things before boarding the train. However, there is no indication or instructions to do so, whatsoever, there’s no no booth or office for help, and locals don’t really use “single journey tickets” as they board with travel cards and day passes. So first time users are left completely blind. Fortunately I had proof of my journey, and port of entry, though photographs and receipts which I collected like OCD. But the officials were having none of it. Anyway the system is dumb and, on this instance, I assume the ticket machine had marked our port of entry on our tickets. This is the obvious thing to do. But instead of ensuring travelers board trains with the correct tickets, they choose to pounce on them at the opposite end, with hefty on-the-spot fines. It’s really quite ugly. So to give a comparable western equivalent to equate the heftiness of these fines. It would be similar to a £110 on-the-spot fine on London’s Underground when using single journey tickets, and this would then double to £220 for failing to produce the money on the spot. Fortunately, while London’s Underground is ridiculously expensive, it isn’t ridiculously crap, like the Budapest Underground Metro. 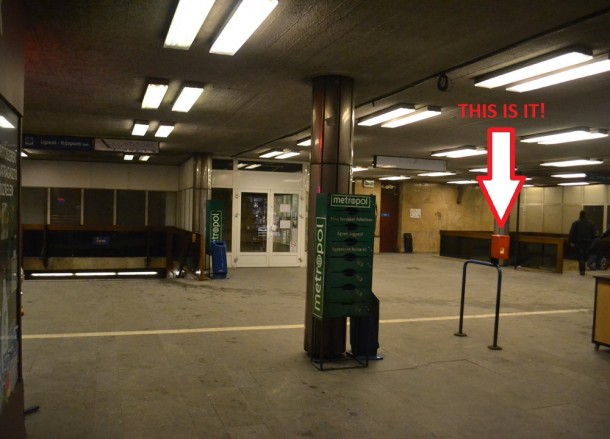 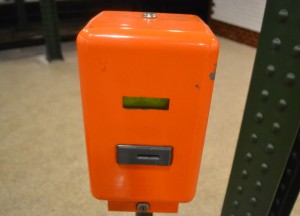 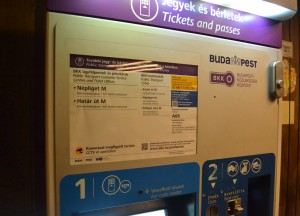 Of course this was the obvious interpretation of the situation. There is no official booth, or even easily recognizable clothing. They just loiter on platforms, seemingly picking on easy targets. They acted like scammers and we therefore treated them as this (my parents were once scammed by fake police in Barcelona’s main square). For a start, the two of them just looked ludicrously shifty. They almost looked identical to Harry and Marv from Home Alone. A short, conniving troll, wrapped up warm, with no neck. The next stands tall, weasly and scruffy. The weasly scruffy one, Marv, did all the talking with us, and wrote up out tickets. When I questioned their authority they would just point to armbands on their upper left arm, which read BKK. Slightly reminiscent of uglier eras in this part of the world. So we refuse to pay the fine and there’s a back-and-forth. When Fanfan fails to show her passport they then threaten to phone the police. Apparently it’s illegal to walk around Budapest without holding ID. So Fanfan is happy with this and she eggs them on to phone the police. They take out the phone, but don’t. She called their bluff. So this goes on for quite sometime until Harry gets bored and pulls over some other young girl. She gets similarly harassed. I can’t tell if she was a tourist or not given she was too timid and terrified, I couldn’t hear a word she said. She did rummage through her bags and produce an obscure passport. Anyway, in the end we pay them and move on. It isn’t until later, using Google, that I confirm that they are genuine. They’re often referred to as the “ticket gestapo”. 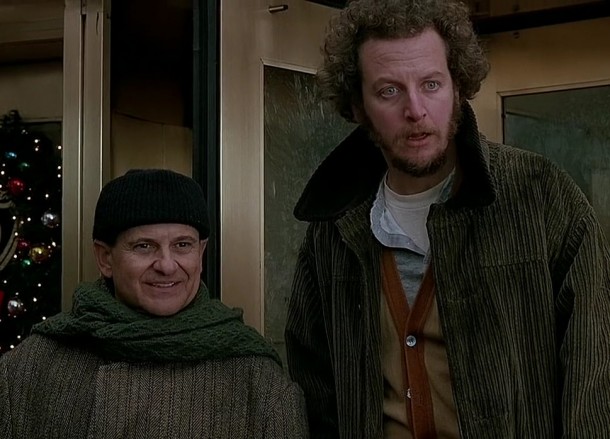 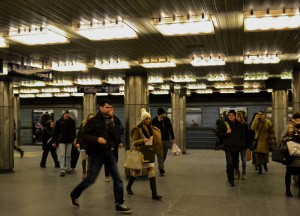 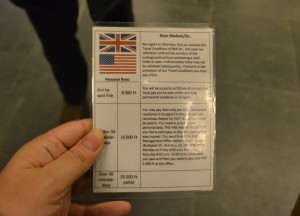 Do they target tourists?

This happens on the transfer at Deák Ferenc tér, which is probably one of the busiest stations in Budapest. It is also the inevitable junction for almost every tourist attraction in Budapest. As the two train loads empty, on both sides, we appear to be the only people they stop. At the time I was dressed like David Attenborough on an Arctic expedition, with a small backpack, camera legs, and I am photographing trains. Fanfan is Asian, wearing a hat with cat ears and an unlikely smile of enjoyment. She is reading directions from her iPad. We couldn’t have looked more like tourists. But I do spot them staring from early on when we had walked the wrong way, towards the red line exit, only to maneuver back again to the yellow. We obviously looked lost, and I hoped their intrigue was to point us in the right direction. Of course this is what I hoped but, going by their miserable expression, I thought maybe photography wasn’t allowed on the underground. I put away my camera. Then, when we approach the escalator out, the first thing Marv asks is “what language do you speak?” in English. I’ve never been greeted like this ever, and the question in itself is just weird. They say they’re targeting offenders who abuse single journey tickets, or something along those lines, yet hundreds of potential offenders passed while they wasted a good ten minutes harassing us tourists. I’m fairly sure they target tourists, but this doesn’t necessarily mean they don’t like tourists. Maybe their jobs are just so demeaning and worthless that they sometimes feel the need for an easy win. 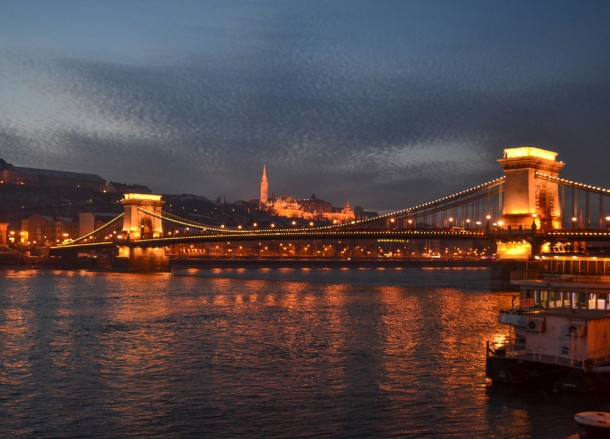 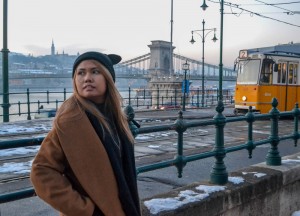 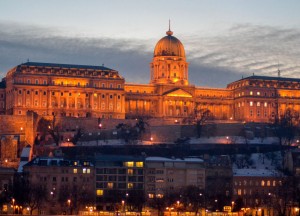 So we snap the cliched Danube riverside photos before making our way back to the hotel. While I admit Budapest is a masterpiece of a city, it’s magnificence was now marred by Marv and his sticky bandits. Of course we are both still pissed. While our plans were for a paprika and booze fuelled night in the city, we skulk back to where we came from. We had lost over half our budget for Hungary and while I could easily have taken out more money, and tried to enjoy our stay, I have no desire whatsoever to do this. Why would I waste my money in a city, which so happily robs me. On the return journey we follow the same route only to find the cash payment option blanked out, leaving only the cashless credit card option available to us. For a 1 Euro ticket. To get back we are forced to use the single journey tickets we bought from the journey earlier. But we’re still clueless to how this stamping system works. To be sure we stamp both sides of the ticket. Anyway, we fortunately make it back without incident. So much of our plans for Budapest, as with most of our travel, was to eat and share local food and restaurants. Instead we are forced to eat cheap crap from a corner store and drink wine from LIDLs. To be fair the salami we bought was delicious, but it was also made in Slovakia. I did taste the national dish “goulash” a couple nights earlier in the Upper Tatra mountains of Poland. It was okay I guess, but it would be much better in a pie. We watch 22 Jump Street in our hotel, in Hungarian. It was still crap. Again for breakfast I eat salami. 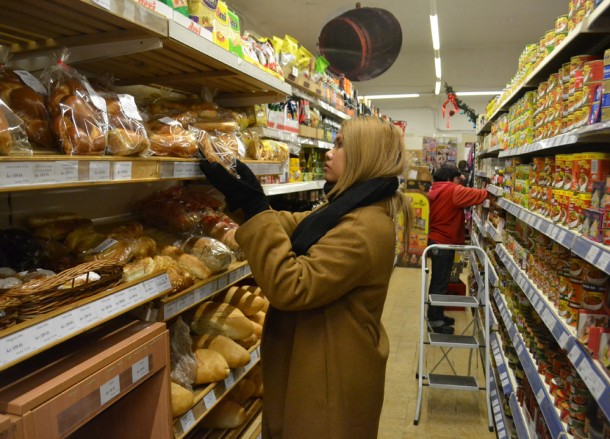 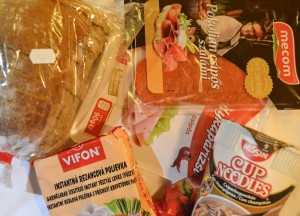 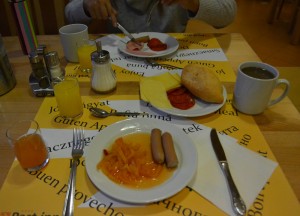