One of my sincerest obsessions in Asian cuisine would undoubtedly be the Sichuan Mala Hot Pot, a sensational mouth numbing experience which is like no other in the world. And because of this we traced the unique and somewhat formidable eating experience back to its origins, to Chongqing China (actually we were travelling in the area and thought we’d call in). In search of the original Sichuan Mala hot pot, or at least the first known commercial hot pot restaurant, at Cygnet Hot Pot. And yes, I know “Chongqing isn’t even in Sichuan Province” but until 14 March 1997 it was, when Chongqing separated to become an independent municipality, as it followed in the steps of other huge Chinese cities like Beijing and Shanghai. As Chongqing is so ridiculously huge that it is often cited as being the largest city in the world, although, the world’s biggest municipality would be the better term. Anyway, this is not about urban statistics, it is about the addictive mouth numbing sensation of the Sichuan Mala Hot Pot, and while we regularly eat relatively authentic hot pots in Asia, like Shabu Shabu, Suki Yaki, and Jim Jum, we are yet to find anything similar to the original Sichuan Mala Hot Pot experiences outside of China. 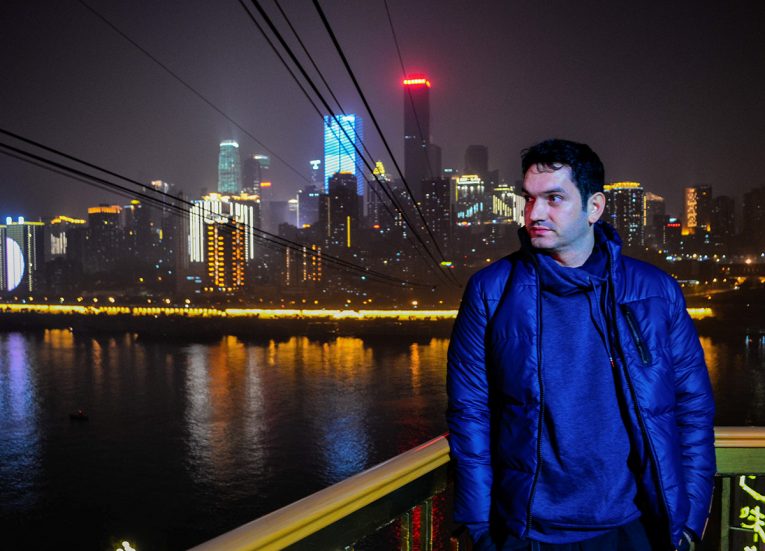 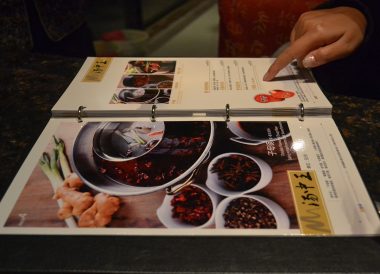 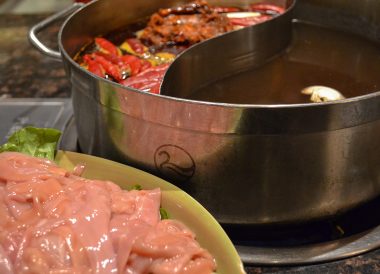 So the first Sichuan Mala Hot Pot restaurant of anywhere, is said to be Cygnet Hotpot, and in Chongqing we call in to their branch at Hongya Cave, because two birds with one stone, the location is also a huge tourist attraction. Plus it’s real easy to reach by metro. We also call in on our day of arrival, during late evening hours, when I’m fairly sure they didn’t want us to be there, given the lady at the door had someone usher us to a completely different Sichuan Mala hot pot place opposite. We were then just pointed back to where we came from, because we asked for Cygnet. And this may have been due to my somewhat confused greeting when I wied to the woman at the door, as if we were still in Thailand, and then gave a bit of a bow, as if we were in Japan. We had just arrived. Anyway, I undoubtedly looked odd covering both generic Asian greetings at once, when neither actually fitted the current situation. So it was an awkward start, but we were otherwise ushered to a seat at a Hot Pot table, in a rather empty and dull restaurant. We continued to order the iconic Sichuan mala pepper broth, which is a mouth numbing combination of chilli heat and the numbing sensation of Sichuan peppercorns, as well as a paste of garlic cumin and other spices. It comes served in a split hot pot, with the Sichuan Mala soup on one side, and a fishy broth of dried shrimp maybe, onion and mushroom, on the opposite. We pretty much ignored the opposite. We then picked the more palatable looking meats from the menu, only to slip up slightly with a chewy plate of, what I’m guessing were, pigs’ colon. 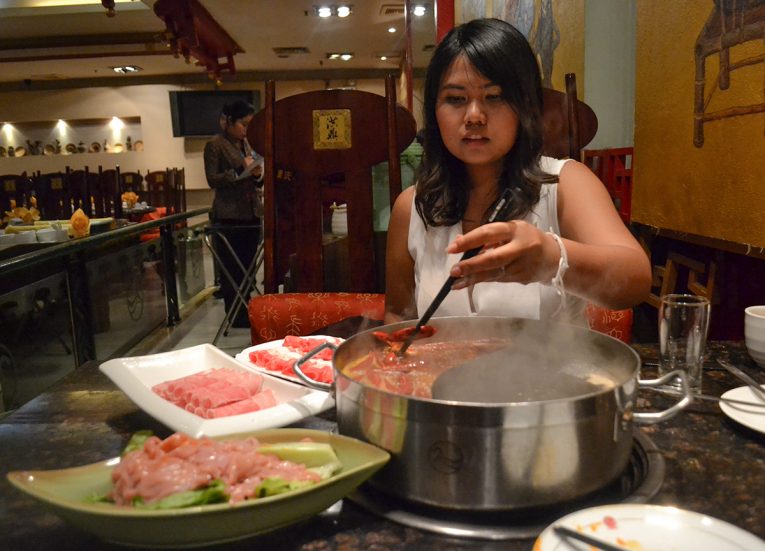 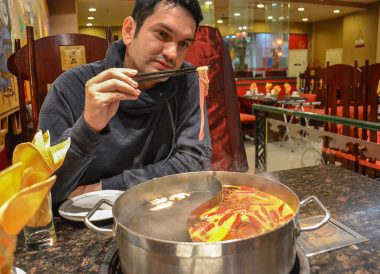 However this was not our first Sichuan Mala Hot Pot experience, which in fact came at a Xi’an based Haidilao Hot Pot franchise (2014), although arguably our first ‘experience’ was at a similar Beijing branch (Xidan), when we found a queue of 52 tables ahead of us, and decided to walk. Because Haidilao is China’s best known and most sought after Hot Pot franchise, which has now crossed further with branches in Singapore and even the US. And I think Haidilao’s popularity is best highlighted by the queues at restaurants, where the franchise is almost better known for its time-wasting gimmicks, like games rooms and massage, as to make the queuing seem somewhat bearable. But I didn’t travel all the way to China to learn to play Mahjong in a restaurant waiting room, or to have my nails clipped, I was there for the mouth numbing Haidilao Sichuan Hot Pot. So we held off to Xi’an where we arrived early lunch time, to easily find a table without the wait. We then ordered using an iPad-like gadget, which was quite impressive back in 2014, again going with similar to Cygnet above, only with freshly cut noodles, to see the ‘noodle master’ do his ‘noodle dance‘. Then we were given a lucky dip, and I won a potted plant I think, although I wasn’t sure if we were meant to take it home, or eat the leaves with our soup. Did I mention there was a buffet of around 50 weird and wonderful condiments and flavours to add to our Hot Pot and soups. Overall it was a bit confusing, but this is part of the adventure and charm in eating a Sichuan Mala Hot Pot, making it one of the most unforgettable eating experiences in Asia. 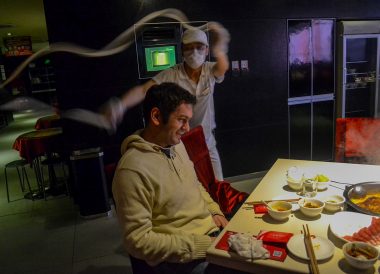 It’s all about the Mala

The sensation from Sichuan peppercorns is quite different to that of chillies, and while they do both give a lot of heat (or pungence I guess – to give the technical term) and tingly sensation, the Sichuan peppercorn has this additional feeling of numbness. And while Fanfan can always beat me hands-down against the heat of chillies, I have the upper hand when it comes to Sichuan peppercorns and Mala flavours. However, as exciting as the overall Sichuan Mala Hot Pot experience is, there are many similar Mala eating experiences which will always come close. As more or less ‘mala’ is a spice mix, a sauce and a cooking condiment that is added to all sorts of Sichuan dishes. And it was these flavours which made me a noodle soup convert, as I was always completely underwhelmed by dishes like Thai Kuay Teow and Vietnamese Pho. But by adding a splash or three of mala chilli oil, and noodle soups come alive. Another favourote would be the Chuan’r charcoal grills, serving kebabs dusted and barbecued with a mix of chilli flakes, a cumin spice mix, and most importantly the Sichuan peppercorns for the delightful face numbing food sensation. Not to forget the countless soups, stir-fries, and stews. And this is why Sichuan food is undoubtedly one of the world’s most fascinating and fearsome cuisines, but it must be sought out at its origins, as Szechuan cuisine is pretty much guaranteed to be underwhelming (and often bares no likeness) when found elsewhere and the west. 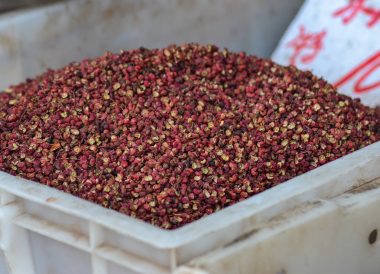 The last of Pink heather before Autumn 🍂 comes.

Slieve League is a mountain on the Atlantic coast

Out and about on our road trip in Ireland 🇮🇪