I think it’s fair to say that the world’s best Beijing duck is found in Beijing, and, for roast duck in Beijing, it is hard to look past Da Dong Beijing Duck Restaurant. Not the cheapest, but with little more than one opportunity for roast duck in Beijing, I’m sure as hell not going to pass on it. At the time it was a coin toss between Da Dong Beijing Duck and Quanjude (Quan Ju De) in the central Wangfujing area of Beijing. With both restaurant locations little more than a stone’s throw from each another. And while Quanjude is the big name in Beijing’s Duck scene, it does lose hands down to Da Dong in reviews these days, as it seems to have diminished in its name. So it was an easy decision in the end. 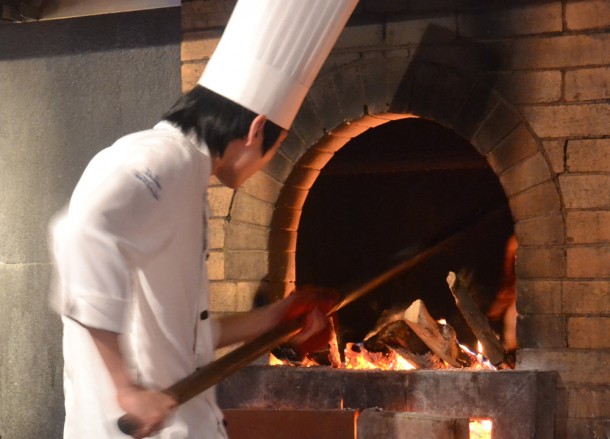 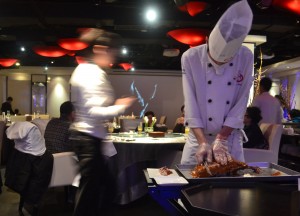 I personally eat and love any food in front of me, so I rely on Fanfan’s critique on this occasion, as not only is she completely new to Beijing Duck/Peking Duck, but she has always refused to eat it in Bangkok where it’s really quite expensive. But now, in Beijing, she can’t refuse. And on January 1st, at 11:30 AM (New Year’s Day), we called into Da Dong Beijing Duck Restaurant for our New Year’s lunch. But it really wasn’t a great start, as after confusion with the wine, we wait close to 30 minutes for the duck to finally arrive. And when it does, it is small, considering the waiter had earlier convinced us that half a duck is enough for two. And we reluctantly followed his judgement. “Is that it?”….. “Is that it?” Fanfan was not happy… and I was a little bit scared. “Is that it?”. So she begrudgingly rolls a pancake, and fits it in her mouth. “It’s amazing,”… “It’s amazing.” Fanfan never says anything is amazing. Maybe a ‘yeah it’s okay’, but never “amazing”. I thought she may have already had too much wine, but it was me who had nearly finished the bottle. 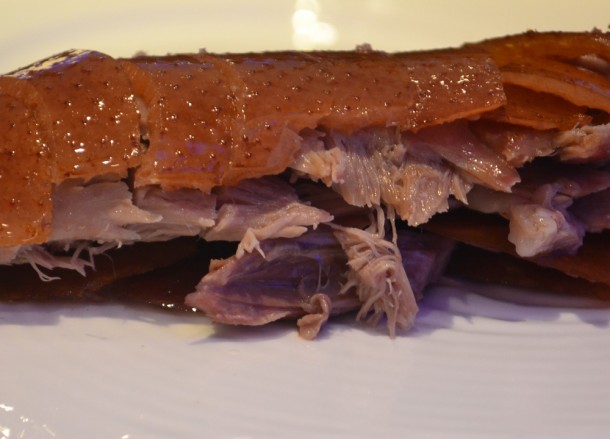 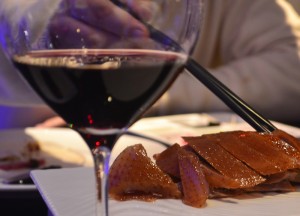 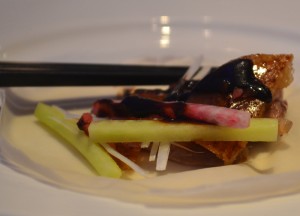 I’m no expert on the preparations behind Roast Duck, but I’m guessing this was close ‘to perfection’, as I’ve never tasted anything quite like it. The crunch of cucumber, the bite of spring onion, and the hoisin sauce so rich it’s like chocolate. And despite the jittery start, our only regret was not ordering a full duck. Despite the complimentary Tanghulu Candy Haws and Mandarin Oranges filling us in the end. But I would much rather be filled with duck, a full duck, maybe two, I’d happily eat it until I explode. I don’t care how much it costs…  At the same time, the duck does almost feel like a loss-leader, as a way to entice their clientele. Where it’s priced at 268 Yuan per duck (around $40) as well as 8 Yuan for the necessary condiments (pancakes, sauce, bites). It is definitely one of the cheaper items on the menu. 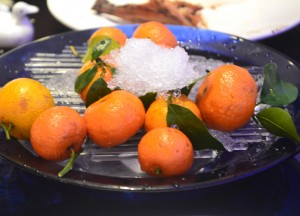 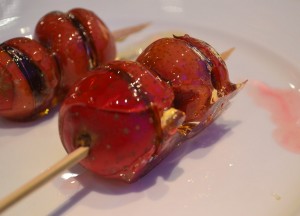 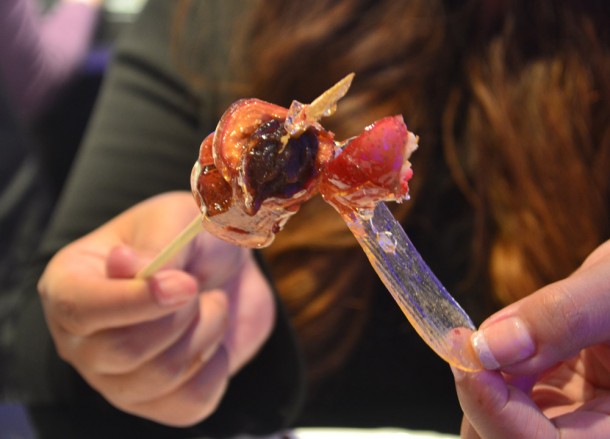 Those in the restaurant appeared to be a mix of tourists and well-heeled locals, where the tourists generally order the duck, while the locals explore the more exotic side of Da Dong’s intriguing specialities. As there is otherwise a rather vast, exciting, and, at times, unusual high-end menu. Where Chef Dong’s ‘Artistic Conception Food’ hosts dishes I’d sooner put on my mantlepiece, than in my mouth (I’m admittedly squeamish). And this includes things like braised spiny sea cucumber, turtle stews, and seahorse soups. Although we did not explore any further, being more than happy to just indulge in the Beijing Duck experience. 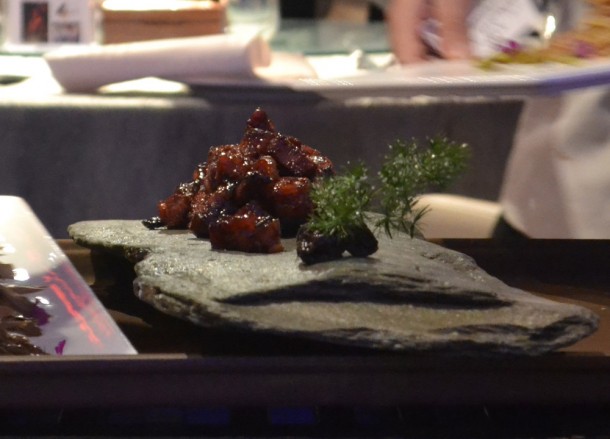 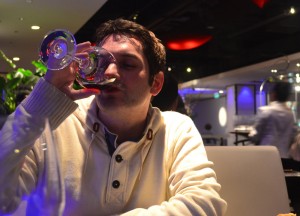 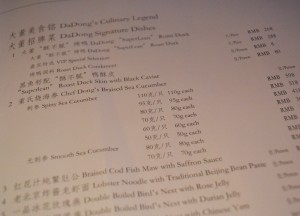