While relatively unknown to most visitors to Thailand, Korat is actually the sixth largest city in Thailand, bigger than Chiang Mai, Phuket or Pattaya, and while I won’t pretend it to be the most exciting of Thai cities to explore, it does have one thing going for it. And this is its position, as the “Gateway to Isaan” and the northeast of Thailand, an area almost untouched by tourism due to its expansive size, lack of tourist infrastructure, and hard-to-find English speakers. But, in many ways, this anonymity works to its advantage, at least for the more adventurous of travellers, as the region is culturally fascinating and allows for an escape from the typical tourist trails of Thailand. Anyway, Korat would be the first major port from Bangkok, as well as the last port before stretches of seemingly endless rural rice fields towards the borders of Laos and Cambodia. It is therefore a handy stopover destination for breaking up the long haul journeys to the region’s neighbours. 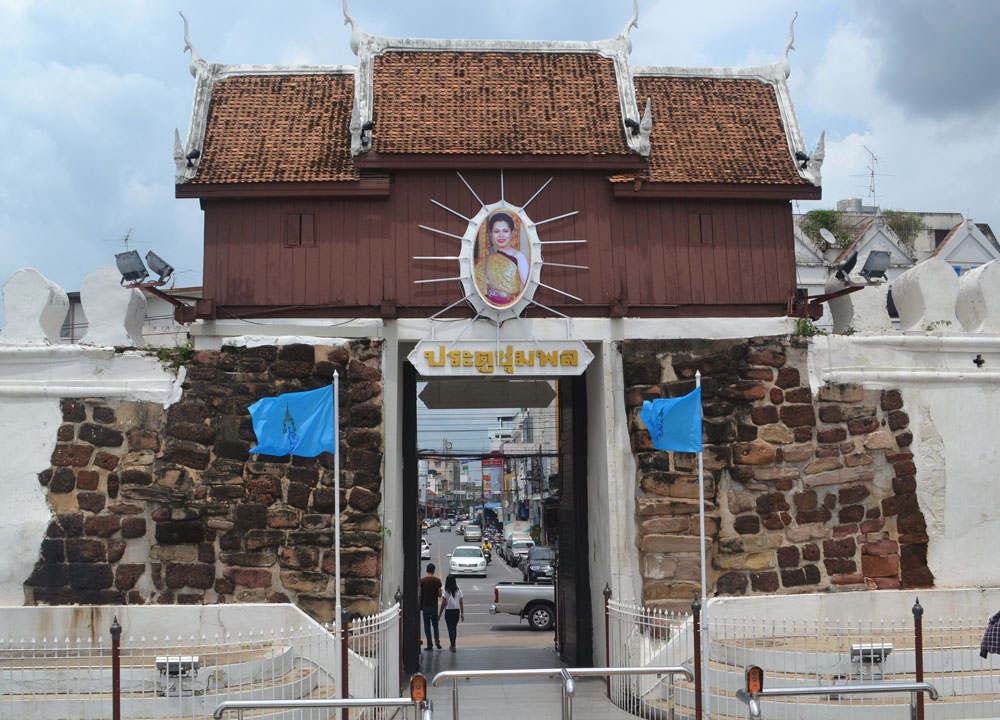 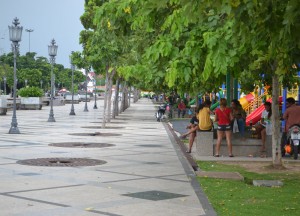 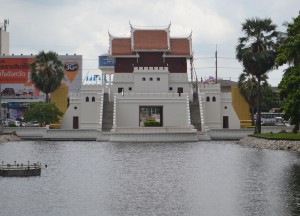 Many attractions in Korat are centred around the legendary heroine Yaa Mo (Thao Suranari), as well as the victorious battle she led against invading Laotians (not bad for an elderly woman, although you really don’t want to mess with an Isaan granny). And Yaa Mo is celebrated throughout the city, starting with Korat City Gate (Pratu Chumphon), known also as ‘Yaa Mo Entrance’. Then there are all sorts of shrines and monuments dotted through the central city square including a presiding Yaa Mo statue in her honour. This is also where you will find a smaller city gate where legend tells ‘if passed through the visitor will either return to Korat someday or marry someone from Korat’. So to be safe I didn’t pass through (I’m happily married) and a return to Korat is almost guaranteed anyway. Again, back to Yaa Mo, there is a temple nearby named Wat Sala Loi (Floating Pavillion Temple) which was originally built by the heroine herself and is home to her relics (although there is a new more fancy temple now built next to it). Night Ban Koh would be the popular evening hangout for local Korati kids and this is highlighted by the seemingly endless rows of motorbikes which line the road every road night. And it is probably the best place for night-time bustle in the city, and it brings a unique local youth culture, who are out for shopping, eating and just to hang out. But Night Ban Koh is more than just a maze of shops and clothes stalls (or I would be nowhere near it) and there is a whole lot of eating to explore and this goes more so with the increasingly expanding area surrounding (including RN Yard and Big Box) which host a bunch of open-air eating, from food courts and beer bars, to Moo Kata barbecues, and local Isaan food, which are all just dotted throughout. Note NBK ‘Night Ban Koh’ does get confused with the ‘Korat Night Market’ (which is found in the central gate area) as they are in very different areas. Night Ban Koh is found more in the in the “trendy” part of town just past the Dusit Princess Hotel . 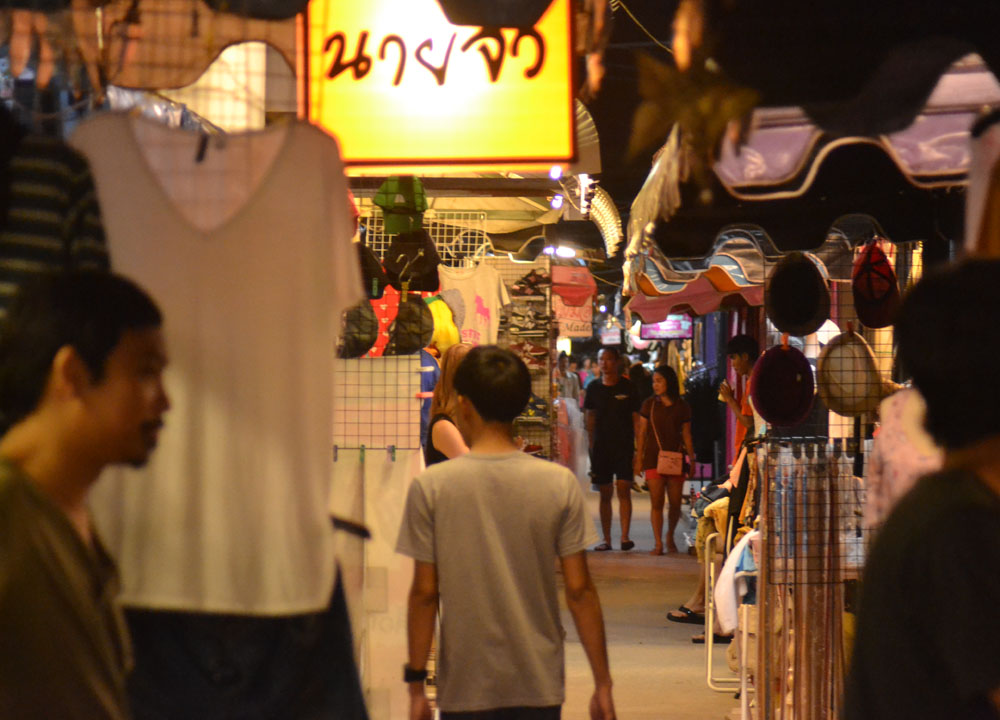 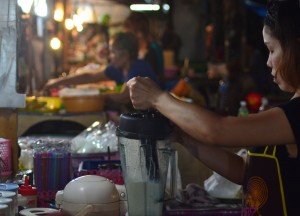 While I don’t expect people to travel from Bangkok to Korat for malls, specifically, I personally spend near half the year further flung in the Isaan rice fields. So our visits to Korat are often for other reasons, and this tends to be the long-missed comforts available in the city’s Megamalls. Because the Isaan region is otherwise void of similar international shopping malls. And again I should point out that I really do not like shopping, at all, but there are also the cinemas, the restaurants, the food courts, and even the custom themed bathrooms at Terminal 21 Korat are an attraction in themselves. And while there are other megamalls in Korat (the Mall Korat and Central Plaza) Terminal 21 offers an added attraction in design which replicates an airport Terminal where each of the 7 floors is themed on different destinations around the world. There is even a free observation tower in the mall which offers the best views, by far, of the city from above. I would even say that Korat malls are on par with the central Bangkok mall equivalents, and Terminal 21 in Korat is even a step ahead of the original found next to us in Asoke, Bangkok (originally named Terminal 21 due to its location on the corner of Sukhumvit 21). This definitely isn’t a better-known attraction in Korat, and probably isn’t even an attraction to most, but I found this market truly fascinating having stumbled on it during a weird night which started with me drunk on a night out in Bangkok. In short, in a moment of unlikely spontaneity, I boarded the first bus from Mor Chit station, alone, to anywhere in Isaan, and soon I arrived to Korat Bus Station in the early hours of morning. So, in search of cheap accommodation for the night/morning, I started to poke around the nearby streets of Korat Bus Station, and this is when I ended up in this morning fresh market at 04:00AM. These markets are always more active in early morning hours. So it was kind of fascinating with store upon store piled high with chillies, and seemingly every Thai fresh produce imaginable, but I also vividly remember some guy in the meat section throwing loads of severed pigs heads into a barrel. It’s definitely one of those unique, and local, and off-beat attractions that is worth seeing once. And thankfully I brought along my camera to prove it wasn’t some weird dream, as I ended up sleeping in my own bed in Bangkok the next morning (08:00AM), having failed to find cheap hotels nearby. Anyway, this was definitely a weird but somewhat worthwhile experience. As above, Isaan is relatively untouched due to its expansive size, lack of transport and hard-to-find English speakers, and this is where Korat comes in handy as a base for travel in the region. The Gateway to Isaan. And it is easy to source taxis in the central areas for tours in the surrounding regions, and here I would start with Wat Ban Rai (about an hour out) which is often better known as the Elephant Temple (as it’s located in a massive Elephant Building). The architecture is seriously impressive, along with other sculptures throughout the park, and the interiors are also on par when it comes to design where contemporary paintings, sculptures, and art are set to educate traditional Buddhist teachings. There are also some stunning views from the top floors of the temple which reach out over the surrounding rice fields of Isaan. It is a newish attraction in Korat, opening in late 2013, which again works to its advantage, as the temple and surrounding compounds still remain relatively serene and untouched by tourism (although the hard to reach location may also be part of this). Many people visiting Korat are there for Phimai Historical Park which marks the end of the region’s Ancient Khmer Highway, which is a two hundred and 25 kilometre roadway built by the ancient Angkor Empire (although it is mostly just jungle now). The highway itself leads from neighbouring Cambodia, where it includes more famous temples such as Angkor Wat, before crossing and following Thai borders, to Phanom Rung and Mueang Tham Temples, and further down to Phimai which is just sixty kilometres from Korat. And while Phimai is technically the end of the ancient Khmer highway, it is more like the beginning in Thailand for those travelling from Bangkok. Anyway, Korat makes the perfect base to explore these temples, and it is also possible to reach Phanomrung from the city although it will take roughly 2 hours there, and 2 hours back, so it’s a long day trip. Nang Rong Buriram would be the better base although it may not be easy to organise the journey from here. Again, further along this ancient Khmer Highway, finds the ruins of Prasat Ta Muan Thom in Surin which is a very long way to reach. So Korat will be the last base, before travel becomes a lot more tricky. Where to Stay: Dusit Princess Hotel

Dusit these days may be better known in the international travel markets, but the brand does have a homegrown history in Thailand, where it has brought a bit of prestige to many of Thailand’s lesser-known cityscapes. And Korat is no different where the Dusit Princess Hotel has been presiding over the city for decades now. Where, what would be a four-star hotel on an international scale, would be five-star and beyond, locally, as it is almost unrivalled in the region. So this is where we inevitably end up in Korat when escaping our a lives void of western comforts and simple luxuries in Isaan’s rural rice fields. As things like swimming pools, cocktail bars, decent international restaurants and breakfasts, don’t really exist, or are very hard to come by, from this point on in Isaan. The hotel also offers an ideal vantage point to explore the Isaan region and, while they don’t offer tours themselves, they are happy to source reputable taxi drivers, and ensure they don’t rip you off. But the real kicker is the prices in these parts of Thailand where high-end luxuries are even affordable to the most basic tourist in Thailand. And we therefore make the most of them while we can. Travel To and From Korat

Regular buses leave regularly from Bangkok’s Mor Chit station, costing around 220 Baht, and taking roughly 3 to 4 hours, depending on traffic. These buses will normally arrive to the Korat Bus Station although, one of the better arrival points, would be to the ‘The Mall Korat’ which is currently the largest shopping mall in all of Isaan (only it will soon be overtaken by the new Central Plaza). Anyway ‘The Mall Korat’ is also a handy transit point for Tuk-Tuks, motorbikes and local Songtaews, as it is the second busiest transit point after the Ya Mo monument in the city centre. When leaving Korat the bus station can be reached from the city centre where a 100 Baht tuk-tuk should find it from all areas of the city. Trains do also pass through Korat, on the Bangkok to Isaan line, but will add a few extra hours to the journey (trains are slow in Thailand). For full list of hotels check here. 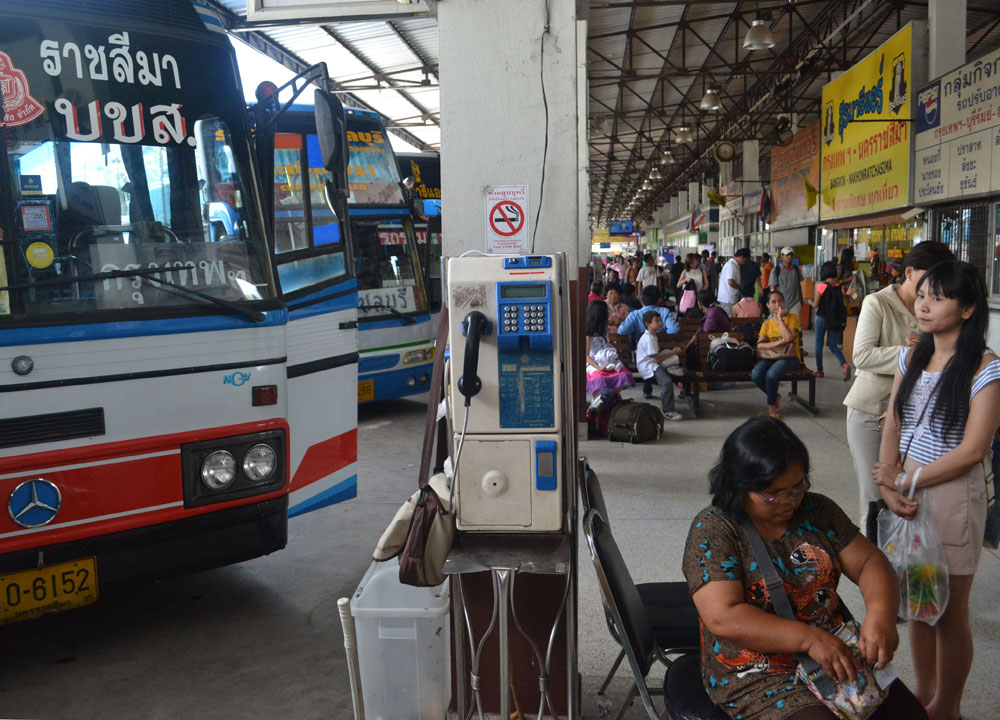 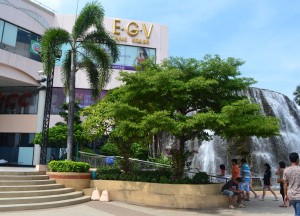 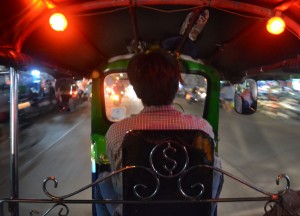