Through the years I’ve had my fair share of road trip screw ups. My car engine once exploded and I had my car scrapped in the middle of the Pyrenees. I once froze the entire windscreen washing system of a rental car when I filled it with normal water during -16’c temperatures in the Czech Republic. I was once chased, in reverse, by a brick wielding thug when I happened upon a gang fight in Washington DC. More recently I found myself in Bangkok’s rush hour traffic when I tried to by-pass the entire city.  But to date I’ve not yet been in a collision, or, at least not until this week.

This collision took place along the Swiss side of Lake Geneva when I was enjoying a leisurely drive through the coastal towns of the lake. It was in the town of Vevey which is famous for its giant fork and I was looking for a turn off to find it at the time. As I followed the town centre road, next to the town hall, I watch up ahead for a left turn, to bring me to the lakeside. When I find a turn ahead I switch on my indicator and line the car up to take the turn. But, before I make the maneuver, I check the left wing mirror where I spot a cyclist speeding towards the left side of the car. He looks like he’s planning to overtake so, to not clean him out completely, I turn off the indicator and straighten up the car.

At the same time the cyclist sees my indicator and he too cancels his own maneuver and attempts to go around me on the opposite side. So we both pull away from the centre line and whomp he smashes into the back right of my car. Within seconds I have a seriously pissed off Swizz cyclist shouting and screaming through my driver seat window, arms flailing and everything. A scenario I have always dreaded but, at the time, I honestly fail to feel much emotion. No apprehension, no fear, or anger. I just felt the desperate need to get out of there as quick as possible. So I was surprisingly calm and collected as I pull the car over to the roadside and approach to calm the cyclist, defuse the situation, and get the hell out of there. 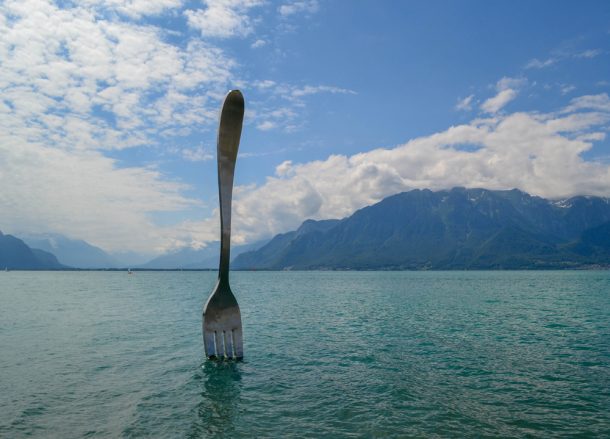 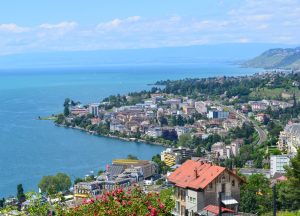 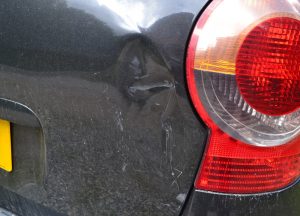 As I approach I apologise profusely, as I did feel a bit bad for the guy. It was a hell of a thump. At this time he had calmed somewhat although he is still screaming and pointing to his bike. He asks me, in relatively decent English, what I would do to fix it. I continually reassure him “don’t worry”, “it’s no problem”, and “I’ll sort it out when I get home”. This was for me to get a quick away. So I write down my details on a piece of paper and ask him to contact me and I’ll “sort it out”.

However, at this stage I’m still uncertain of who was at fault, as the entire incident was just fast moving, scattered and confused. The cyclist then asks me to write and sign that I take responsibility for the collision and this is where my own English becomes iffy. There was no way I was signing anything as that would be stupid. So he eventually gives up in explaining and I make a half-hearted offer to give him a lift as his bike was totaled. Thankfully his wife was already on the way. At this stage I can finally leave and it was on a partially friendly note. 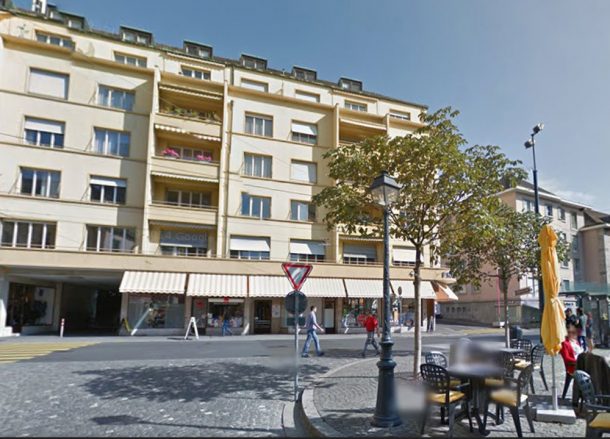 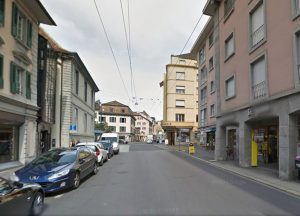 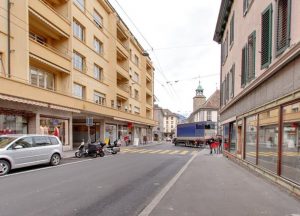 Arriving to our hotel 3 hours later I already have an email in my inbox listing the damage which includes things like his mobile phone, which apparently took a battering along with his bike. For now I ignore it all and instead search for the location of the accident on Google Maps (above). I continue to check bicycle laws in Switzerland to see if they are different to elsewhere, which they are not. I then follow through my own actions on the road which all prove to be by the book. I stayed with the lines of the road and signaled to maneuver in good time. The only reason I had realigned was to avert the danger posed by the cyclist.

On the other hand the cyclist, who must follow the same rules as any other vehicle on the road, should have been cycling on the right side of the lane. If he was planning to overtake on the left, which in itself is an illegal maneuver in the town centre, he would have needed to signal with his arm. He should also have held adequate breaking distance and, going by the dent in the back of my car, and his racing equipment, he was almost surely speeding. These roads are well known for cyclists on weekends where they like to race the track when the traffic is lighter than during the week. So the guy hadn’t a leg to stand on, and it should really be me asking for damages, but I don’t.

I now return to the email and instead of arguing responsibility I tell him that I was working as a contracted travel writer and I have forwarded the details of the incident to the company. They in turn would do a full assessment of the accident and get back to us. This was a I slight fib on my behalf but I knew this fictional third party would help relieve the situation and take the onus off me. Of course he never got back.

Do I feel guilty? Well I do feel bad for the guy as he did smash up his expensive bike. At the same time he was aggressive and abusive to a visitor in his country, and was unapologetic for an accident in which he was ultimately and solely at fault for. I have no reason to feel guilty but I instead feel somewhat strengthened by the incident, as I now have the confidence to handle these incidents if they come up again in the future. Hopefully they won’t