Due to it’s due to its expansive size, lack of tourist infrastructure, and hard-to-find English speakers, Isaan Thailand (Northeast Thailand) is a relatively tricky region to explore. But this of course works to its advantage, at least for the more adventurous of explorer, as the tourist attractions in Isaan Thailand are somewhat untouched by mass tourism. Its anonymity works to its advantage. And I personally spend much of my time in the rice fields of Northeast Thailand (I literally wrote a book on Isaan over in the sidebar) where I am surrounded by the undiluted cultures and rich traditions of daily life. It really is a fascinating region to explore (shared in the video below). Otherwise this is a guide to the attractions and travel in Isaan Thailand, to give some direction in exploring Northeast Thailand. Note, don’t forget to make the most of unforgettable Isaan food along the way. 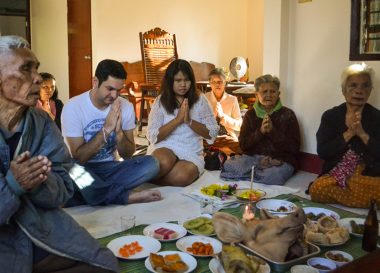 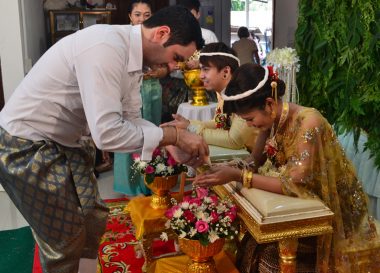 While Khao Yai isn’t exactly located in Isaan Thailand, it is otherwise found on the borders, and may well be worth the detour along the way. As it is undeniably unique to these parts of Thailand, and doesn’t exactly share the same landscapes of endless rice fields that Isaan is known for. Instead it is a mountainous region located in higher altitudes with cooler climates, which has made it a year-round retreat for the well-heeled city folk (about 2 hours from Bangkok). And its unique climate has brought unlikely agriculture and resorts, like strawberry fields, vineyards, and alpaca farms. Where it has become somewhat like a European theme park, in parts, sharing all the much-loved clichés of top European destinations. However it will always be known more for its National Park Reserve, which is also a UNESCO site, infamous at times for its irritable elephants. Also the neighbouring hills of Wang Nam Kiew (‘Green Water Palace’ in English) bring similar sites and attractions. Here for our guide to Khao Yai. 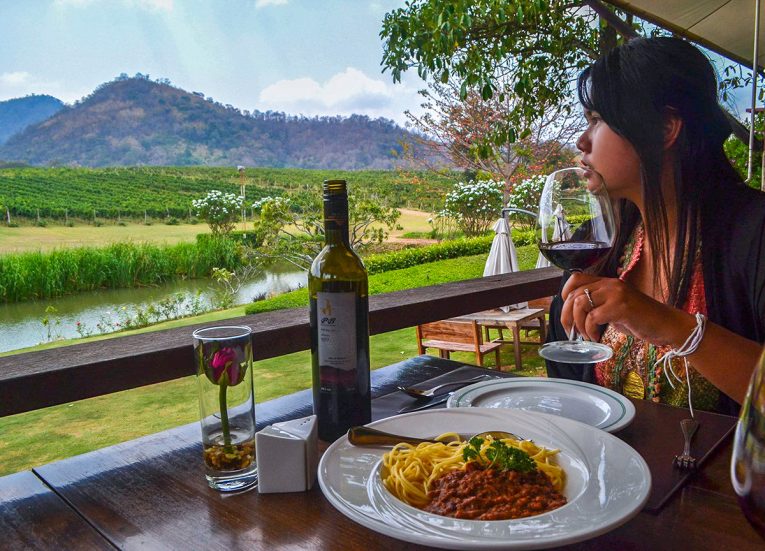 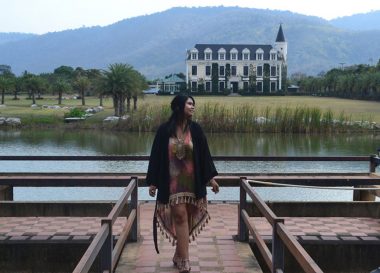 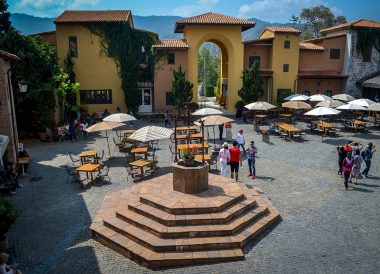 Often considered the “Gateway to Isaan” and Northeast Thailand, Korat (Nakhon Ratchasima) is found just 3-4 hours out from Bangkok. And while it does make the ideal base to start travel, the main attractions are found in the surrounding province, rather than the city itself (our Korat City Guide here). So the main attraction (1 hour from Korat) here would be the Phimai Historical Park which marks the end of the region’s Ancient Khmer Highway, which is a two hundred and 250-kilometre roadway built by the ancient Angkor Empire. Of course this route is more famous in Cambodia, than Isaan Thailand, where temples such as Angkor Wat mark the path before crossing the borders Northeast Thailand. Also, another worthwhile attraction, would Wat Ban Rai (aka the Elephant Temple) which is known for its massive elephant-shaped building. 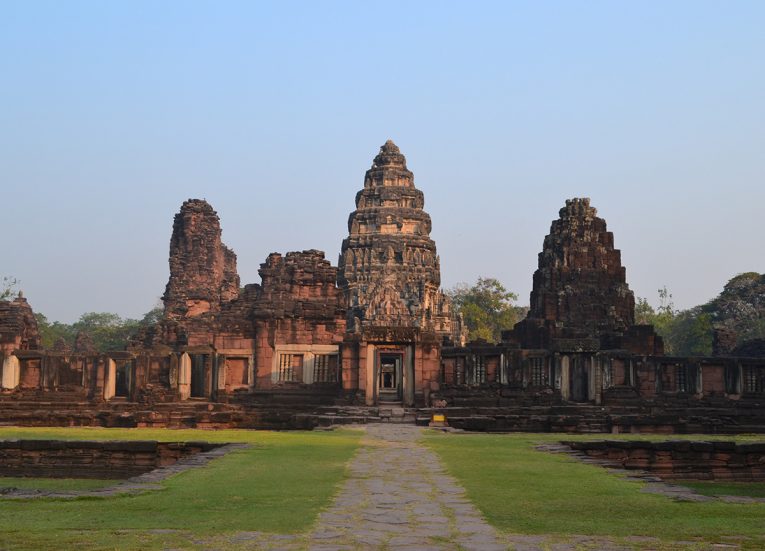 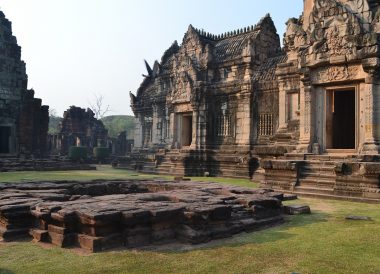 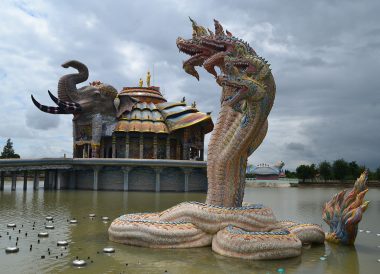 Buriram is easily one of the more exciting provinces of Isaan Thailand (6 hours from Bangkok), and Phanom Rung Historical Park is no doubt the highlight of the province. Again this old Khmer temple is located far-out from the city centre (1 hour back from Buriram City), where it is part of the old Khmer Highway, this time found on top of a now extinct volcano next to the Thai-Cambodia border (and the town of Nang Rong). The old Khmer temple will also host an annual festival to celebrate the morning sunrise, when it aligns with the fifteen doorways of the sanctuary, by a parade of traditional dress and culture. At night they then re-enact the tales of Gods and Kings, in a spectacular display of sound, light, action, and costume design, along with the epic battles that once presided over these ancient Khmer ruins (here for the Phanom Rung Festival). The nearby Khmer site of Prasat Muang Tam should also be covered when here, as well as a handful of other attractions dotted through Buriram. Here for our guide to Phanom Rung. 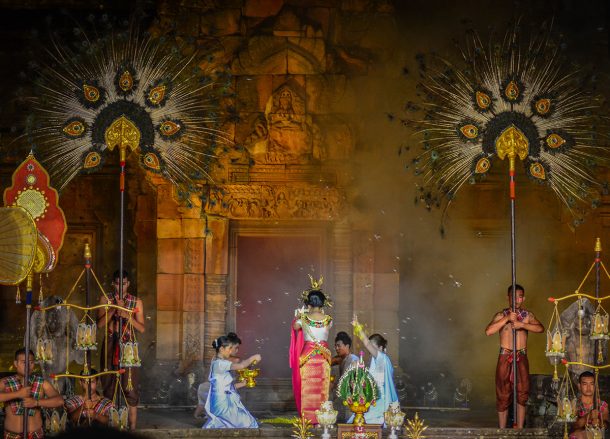 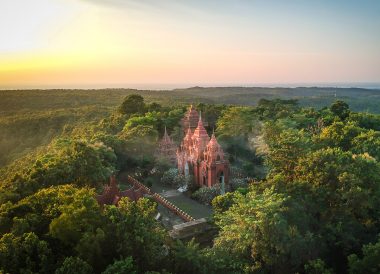 If I were to choose just one destination in Isaan Thailand for a short-break, it without a doubt would be Chiang Khan, found in the rather beautiful Loei Province, which is a fair stretch to reach (8-9 hours from Bangkok or Chiang Mai). But the town itself is just ridiculously convenient to navigate, and is full of local Thai charm, not to mention the many Lao influences (often compared to Luang Prabang) where situated on the banks of the Mekong River in Northeast Thailand. And much of this charm comes in the mornings with an alms offering (Tak Baht/Bintabaht) along Chiang Khan’s walking street (between 06:00 AM and 08:00 AM) when locals and tourists make offerings to the monks of surrounding temples. Also, while Chiang Khan is easy to access and explore without personal transport, the scenery and mountains of surrounding Loei Province are definitely worth the effort. 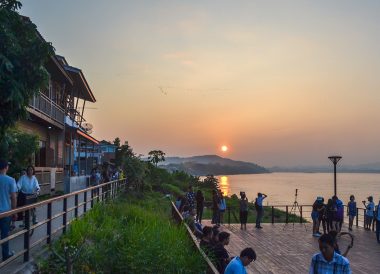 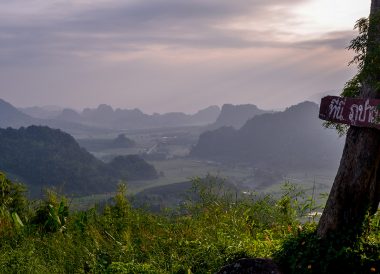 5. The Rest of Isaan Thailand

This list is of course far from complete, and I will be adding to it as we go along. At the same time I have been to many parts of Isaan, including many of the major cities such as Khon Kaen, Udon Thani, and Surin, with lots of stops at others along the way. But there are some destinations which continue to stick out, including Ubon Ratchathani (8-9 hours from Bangkok) with their “Grand Canyon”, although this is best visited during the dry summer months of the year. Then another Isaan destination being hyped often these days is Nong Khai (8-9 hours from Bangkok), famous for its Buddha Park, although I have visited a very similar/twinned Buddha Park on the opposite side of the Mekong in Vientiane. Otherwise the Mekong Riverside destinations in Isaan Thailand get better reviews. But for those more interested in the Cambodian borders of Isaan Thailand, there are some relatively untouched Khmer ruins, Prasat Ta Muan, found in the Surin Province (our visit here). 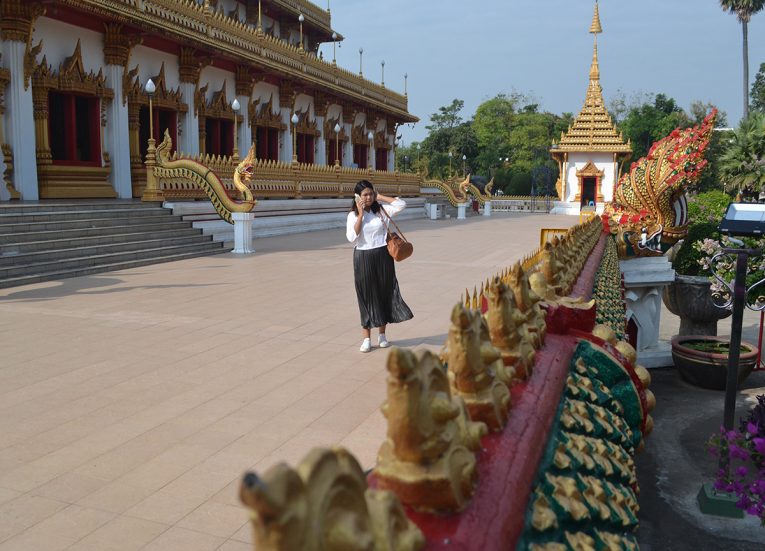 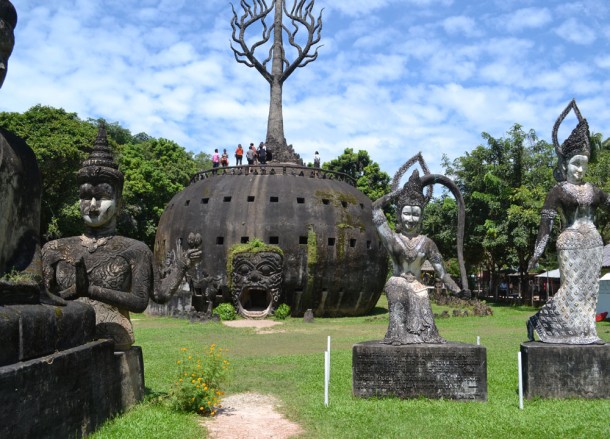 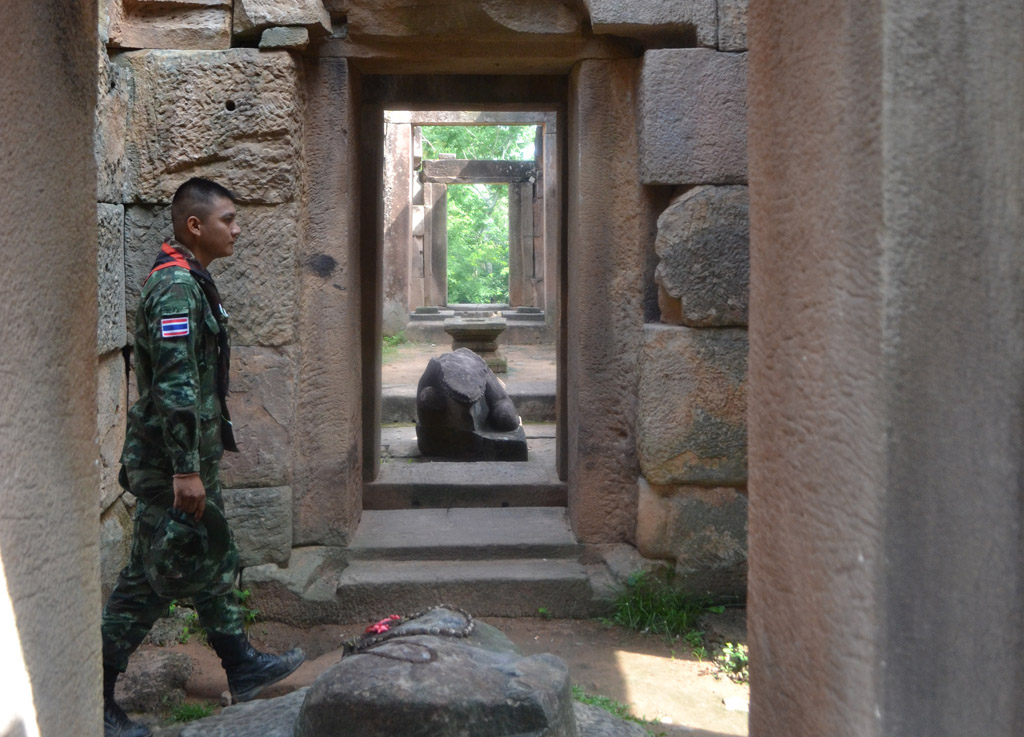